Distiller.com uses cookies that are essential for us to operate the website and that are helpful for us to improve the services. By continuing to browse our website, you agree to first-party and third-party cookies being stored on your device. Learn More About Cookies
Aging Whiskey at Home: A DIY Guide for Whiskey Enthusiasts
By Thijs Klaverstijn
March 24, 2021

It’s the final and arguably most important step of whiskey production, but maturation in oak also provides an element of unpredictability and even magic. And yet, the only part of the process that is easily emulated is aging whiskey at home. You don’t need licenses, in-depth distilling knowledge or massive amounts of funds. Some imagination, creativity and patience will get you very far. There’s a litany of options out there for the curious whiskey drinker, ranging from very straightforward to the ones that leave room for some creativity.

Aging whiskey at home isn’t an inexpensive shortcut and you won’t easily be improving a subpar liquid to premium status. Instead, it offers a learning experience and the opportunity to experiment with different finishes and wood types. Are you fed up with the strict regulations from the Scotch Whisky Association regarding oak, and you’d love to see the impact of mulberry or chestnut on your favorite tipple? Nobody’s stopping you! This is all about the journey and less about the destination. Although, with some practice you might indeed be able to add interesting new layers to some of your beloved (or less-beloved) whiskeys.

Over the years a number of products have been launched for the home aging enthusiast, starting with smaller size barrels, but evolving into chips, staves and even oak bottles. Each of these has its pros and cons for aging whiskey at home, which we’ll discuss below.

Probably the most affordable option to play around with for aging whiskey at home is by using wood chips and staves. There is a variety of types available from different producers. For instance, you could just add American white oak sticks or shavings to a jar with whiskey. Or, even easier, add them to the bottle your whiskey came in. Once inside the container, the wood will interact with the spirit, absorbing and then releasing it. Be conservative and don’t add too many chips at once; less is more. Also regularly monitor progress, maybe as often as daily. You’ll notice significant changes within a week.

One important downside to using wood chips and staves is the lack of oxidation. This natural element of aging spirits increases complexity and intensity of flavors and is largely responsible for fruity, minty and spicy notes. Whiskey can breathe inside a barrel, which is liquid-tight but porous, allowing oxygen to enter through its staves. Obviously, the same can’t be said for whatever glass container you add chips or staves to.

The size of the vessel has a marked influence on its contents. A small octave cask of 50 liters has a higher spirit-to-surface ratio, resulting in increased interaction with the oak compared to inside a 500-liter butt. Now imagine if your cask could hold just 750ml. Maturation wouldn’t just be a matter of months or even years, but a few hours might already be enough.

That’s where an oak bottle comes into play. It essentially operates as a tiny barrel, although it isn’t handcrafted out of staves by skillful coopers. Furthermore, oxidation will be almost as much an issue as with wood chips and sticks. Filling an oak bottle with spirit is probably the least complicated and most straight-forward way of aging whiskey at home. But it doesn’t leave much room to exert your own influence or creativity. Also, there’s this saying about good things and waiting for them.

Barrels are the most traditional method of do-it-yourself whiskey aging. Of course you wouldn’t be using an industry size 200-liter barrel, but rather smaller and more manageable examples. Many barrel aging kits are available online, ranging in size from 1-20 liters. They look great on your home bar and leave the most room by far for experimenting. Most offerings are made from American white oak, but with a little searching you’ll find more exotic wood types too.

Before even thinking about filling up your barrel, be sure to first fill it with warm water and put it in a place where potential leakage isn’t a problem. Leave your cask until the wood swells enough to make it liquid tight. This could take only a few hours, but better to be safe and wait a few days. Once that part is over you can go out looking for moonshine or new make (maybe from a local distillery). Or you could try to improve on an existing, already mature whiskey.

One of the most fun elements of aging whiskey at home using a small barrel is the opportunity to dabble in the world of seasoning. Instead of immediately filling your cask with your whiskey of choice, you could instead let the wood soak in a different liquor first. Think of sherry, Madeira, Sauternes or any other wine. Other options would be tequila, rum, brandy or even beer.

Monitoring progress is important here as well. Of course the frequency of your checks will depend on the size of the cask — the smaller the cask the closer you should keep an eye. It’s probably smart to take reference samples along the way, allowing you to compare and contrast your whiskey at different stages. Once you’re happy with where the whiskey is at, take it out and you can start the whole process again with a new batch! 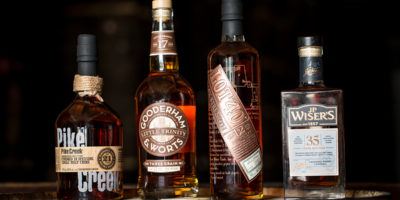 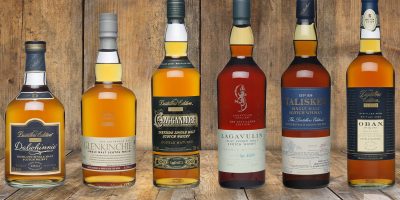 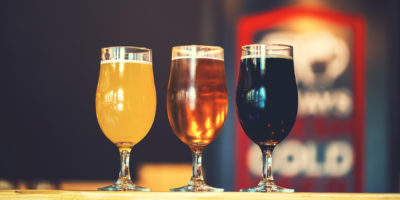