Distiller.com uses cookies that are essential for us to operate the website and that are helpful for us to improve the services. By continuing to browse our website, you agree to first-party and third-party cookies being stored on your device. Learn More About Cookies
American Amaro: Essential Bottles to Drink Now
By Stephanie Moreno
February 27, 2021
Save

In recent years, bottles of amaro have been hitting bar and retail shelves by the dozens. And while the Italian brands tend to be at the forefront of this movement, American amaro producers have been putting their mark on the category as well. And as amaro is a bitter liqueur originally created to aid in digestion, if you’re planning a huge feast–like say a Thanksgiving dinner–you may want to have an amaro or two on hand for folks who may overindulge.

We’ve gone over amaro basics before when we covered Italian amaro. But the first thing to know is that there isn’t an official definition for the amaro category (amari if you’re referring to it in the plural sense). As a result, the flavors, strength of bitterness, and ABV will vary widely in each. Amaro gets its bitterness from the maceration and/or distillation of various herbs, spices, roots, flowers, or other botanicals. Typically, each brand will guard its exact recipe. As a result, you won’t often see a full list of ingredients or methods disclosed.

But don’t just relegate amari to an after-dinner drink. This bitter liqueur can actually serve well in the role of aperitivo if you add a splash of soda or tonic to your drink. And of course, they are fantastic paired with whiskey. Even if you just want to pour equal parts of each, you’ve got yourself an instant cocktail. Look at you, the budding mixologist!

Our American amaro list below features bottles from across the country. But if you’re unable to find these bottles in your area, check in with a craft distiller in your region. As amaro doesn’t require any barrel aging, many local distilleries have added one to their portfolios. If you’re looking for even more bitter and higher proof offerings, try these American Fernet bottles instead.

Lo-Fi Aperitifs is a collaboration between Ernest & Julio Gallo Winery and Steven Grasse of Quaker City Mercantile. The tandem then sought bartender input in the creation of their products, including from brand ambassador Claire Sprouse. This Gentian Amaro is made with a base of white wine fortified with grape spirits. Botanicals include anise, cinchona bark, orange oil bitters, hibiscus, grapefruit, ginger, bois de rose (rosewood), and gentian root. (16% ABV)

Amaro Pazzo is made by Long Road Distillers, a grain-to-glass distillery located in Grand Rapids, Michigan. In fact, the base of the American amaro is made from 100% winter wheat grown by neighboring Heffron Farms. They infuse the spirit with wormwood, gentian, chicory, orange peel, myrrh, and other botanicals. Then it is blended with coffee from Madcap Coffee which is also based in Grand Rapids. (28.5% ABV)

St. Agrestis is a Brooklyn-based maker of aperitivo and digestivo spirits as well as ready-to-drink cocktails. For their American amaro, the team uses 20 different herbs, spices, flowers, roots, seeds, and citrus and individually macerates them each in a cane distillate. Then, the macerations are blended and placed into ex-bourbon barrels for 16 weeks to marry. (30% ABV)

This coffee-flavored American amaro is made in collaboration with Kansas City’s J. Rieger & Co. and Thou Mayest Coffee Roaster. To make, they blend flavors from Sumatran single origin coffee beans with botanicals and herbs like juniper berries, anise, cardamom, orange peel, spearmint, and vanilla. Then the bitter liqueur spends a short time in a whiskey barrel to develop its unique flavor before being sweetened with cane syrup. While a dram of this is not akin to sipping a cup of your morning joe, this amaro does contain about 467mg of caffeine per bottle. (31% ABV)

Highside Distilling is a family-owned & operated distillery located on Bainbridge Island, Washington. For this amaro (they have three), they begin with their own gin base which is made from Washington-grown apples and ten botanicals which include juniper, orange, rose, bay leaf, cubeb berry and vanilla. Then the distillate is macerated with five bitter herbs and aromatics including rhubarb root, whole bean coffee, and cocoa nibs. This maceration rests in once used 53-gallon Kentucky bourbon barrels for 6 weeks. The amaro is finished with raw Washington-harvested honey. (40% ABV)

Vigo Amaro made its debut in 2019 from Philadelphia Distilling. Head distiller Aaron Selya has worked on its creation for four years, and was formulating his recipe even prior to his work with the distillery. The American amaro is double macerated with a proprietary blend of botanicals designed to meld tradition with new world innovation. Vigo is named for Francis Vigo, an Italian financier who supported the colonial cause during the Revolutionary War. (32.5% ABV)

Revolution Spirits in Austin, Texas introduced Amico Amaro to their portfolio in 2017. This amaro, translated to “bitter friend”, is made in the style of Campari or Aperol with 12 botanicals which they fully disclose. In particular, hibiscus, sumac, cedar, orange peel, gentian root, cinchona bark, Apollo hops, witch hazel leaf, blessed thistle, damiana, cranberry and fennel are used here. Notably, this bottling marks the first amaro to be released in the state of Texas. (25% ABV)

Tattersall Distilling Co. is located in northeast Minneapolis and produces over 30 different spirits ranging from vodka, rum, gin, and various liqueurs and ready-to-drink offerings. Their amaro is flavored with various roots and barks as well as macerated citrus. (30% ABV)

If you’re interested in learning more about American Amaro, look no further. We’ve got you covered. 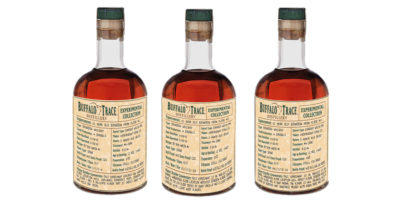 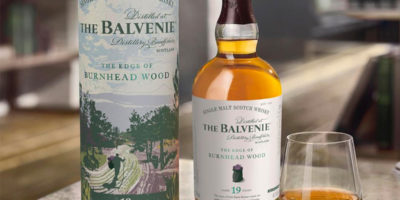 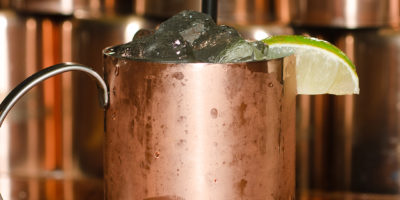