Domestic spirits don’t just end with whiskey. We Americans distill it all—from whiskey to vodka and everything in between. We’ve previously discussed American-made rum.  Today we’ll talk a little about American brandy, and its production and history in the US.

Brandy production made its introduction to America through its coasts. On the east coast, vineyards were being planted wherever grapes could grow. Colonists, particularly the Dutch and French, produced the earliest versions of American pot-stilled brandy from these grapes. They also took to distilling orchard fruits such as pears, apples, berries and peaches. Over on the west coast, the Spanish colony that eventually became California was settled by Catholics. Sacramental brandy was created from wine grapes planted at these missions. 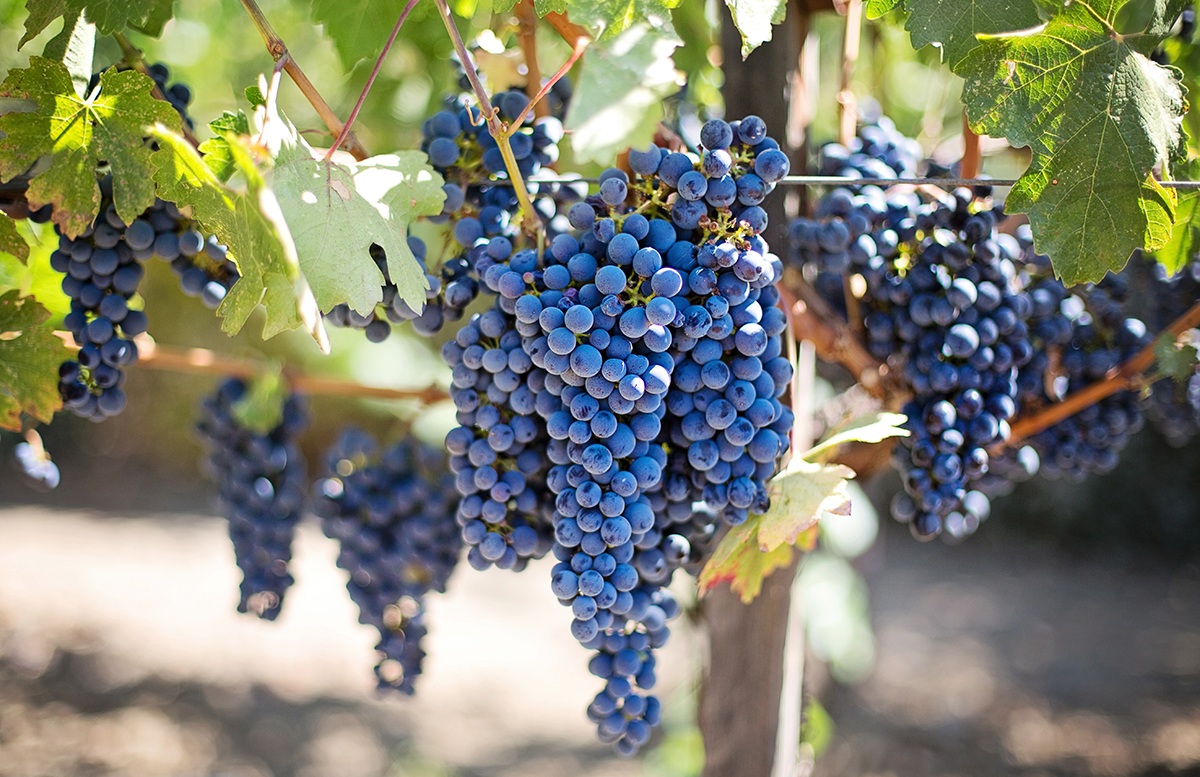 Most of these early spirits lived un-aged in earthenware pots or jugs for immediate consumption. Some, however, began to age their leftover spirit in wooden barrels for storage. It is thought that the idea to age American whiskey in barrels stemmed from the growing popularity of aged brandy.

Brandy, unfortunately, was a casualty of the 1791 Whiskey Act. This act rattled the industry until Thomas Jefferson put an end to it in 1802. Speaking of, Jefferson was also responsible for the burgeoning fruit brandy industry in the Pacific Northwest. Settlers flocked there after the Louisiana Purchase.

One of the oldest brands of American brandy is Laird’s, based in New Jersey. They began selling applejack commercially in 1780 and continue to make products to this day. In fact, many modern-day brandy drinkers and bartenders still reach for their brandies as go-tos. 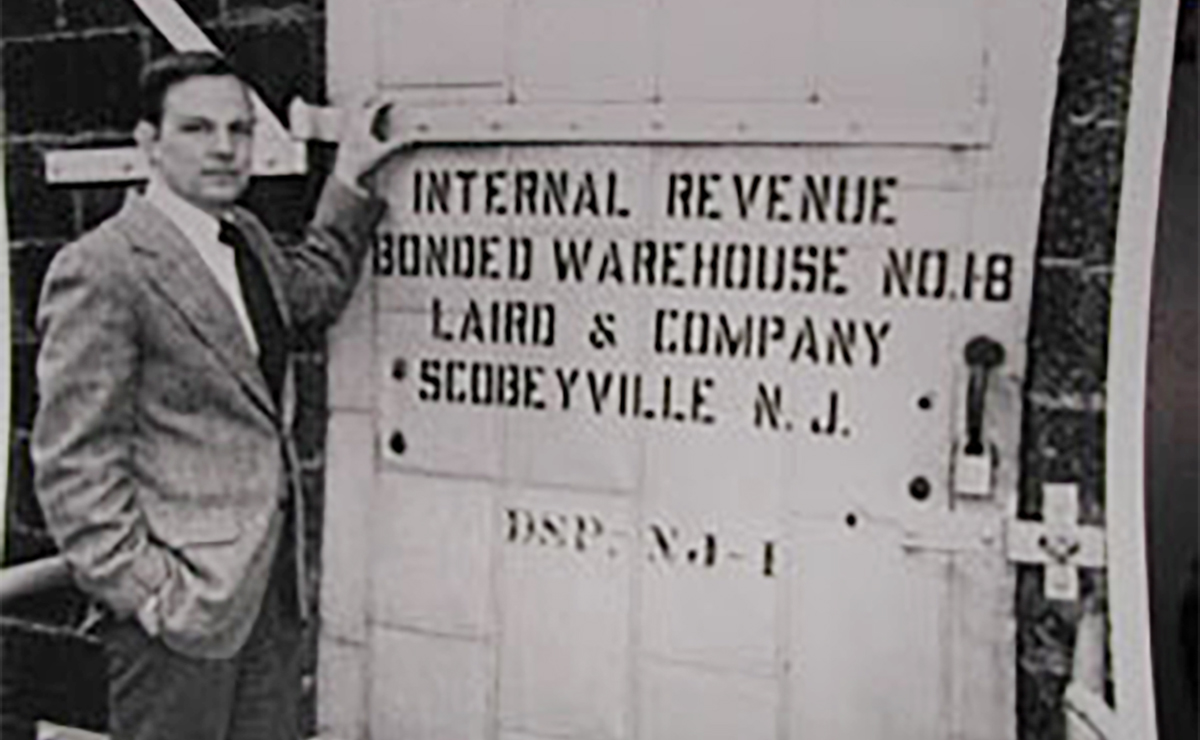 In the late 1800s, brands like Christian Brothers (now owned by Heaven Hill) marketed brandies from the California missions, and quality began to take the spotlight. E & J—the E & J in question are Ernest & Julio Gallo—were brothers who in 1933 founded their namesake winery, a giant still to this day in the world of winemaking.  Their brandy production began in 1975.

Today, distilleries like Osocalis, Charbay, and Germain-Robin (recently acquired by E & J) in California are releasing top notch examples of grape brandy in the European tradition, but with distinctly American influences. 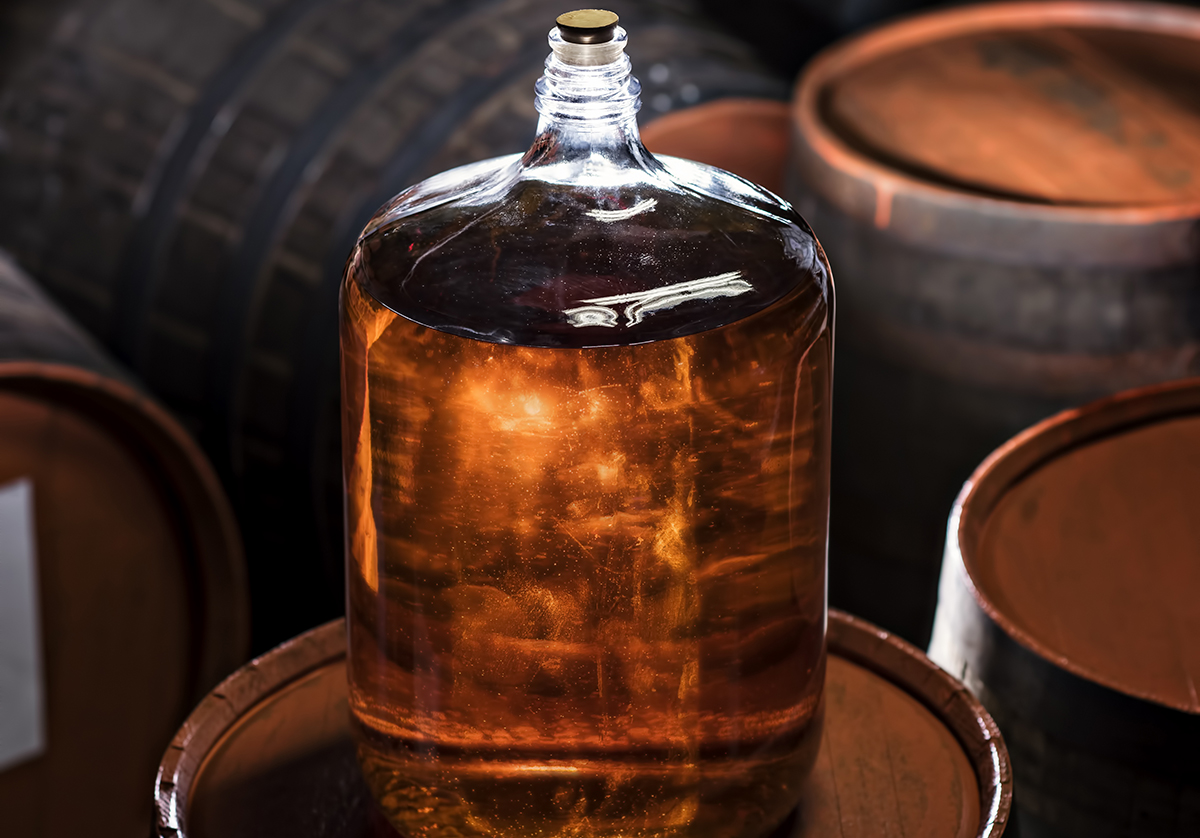 In some cases, maturation occurs with barrels sourced from local whiskey distilleries. Additionally, there is some experimentation with crossover styles, such as with Kentucky’s Copper and Kings, who age several expressions in various types of beer barrels. Meanwhile, fine fruit brandies from locally-grown produce of all sorts—not just grapes—are produced all over the country. With so many recent additions, we’d like to give you some recommendations below.

The Sacred Bond from Christian Brothers is named, in part, for it being bottled-in-bond; the first for a grape brandy. Aged for 4 years in former Heaven Hill bourbon barrels, the brandy is distilled in California in copper pot-stills. It is bottled at 50% ABV and as such is suggested for use in cocktails. 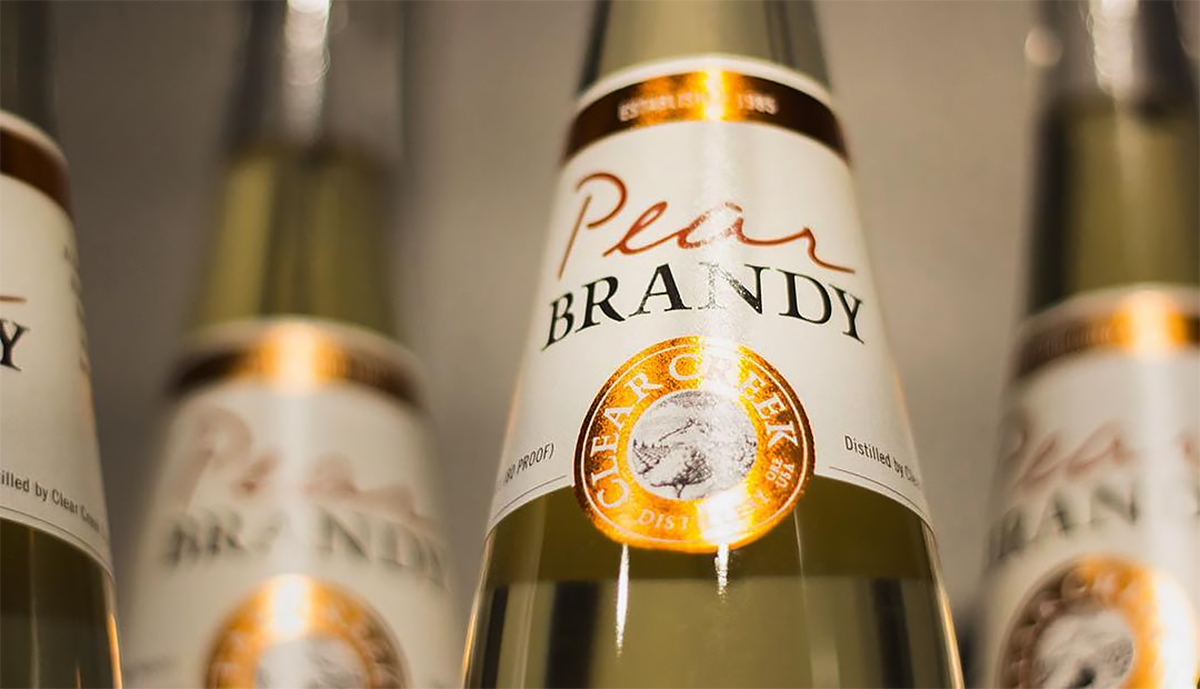 Master distiller/blender, Daniel Farber employs a single, 100-gallon antique Charentais still that he imported directly from Cognac, France after studying there for several years. Osocalis uses traditional Cognac techniques to make their Rare Alambic Brandy while taking advantage of California’s unique terroir. The Rare Alambic Brandy is comprised of mostly of Pinot Noir, Semillon and Colombard with the bulk of the Eau de Vie’s clocking in at around 6 years of age with some older stock to give depth.

Portland, Ore. based Clear Creek Distillery sources Williams (also known as Bartlett) pears for this unaged brandy from the nearby Hood River Valley. They crush and ferment whole pears prior to distillation.  According to the distillery, it takes approximately thirty pounds of pears to produce one 750ml bottle. Available in 750ml, 375ml, and 50ml bottles, as well as in higher priced bottles that contain an entire pear.

St. George starts out with whole California raspberries, picked at the height of ripeness to retain the freshness and purity of the fruit. Distilled in their proprietary copper pot-stills, the objective here was to capture the aromas of raspberries at their peak. Produced without the use of extra sugars or any other additives.

Distilled in Chicago using fresh peaches and aged in KOVAL’s own rye barrels. The brandy honors a larger-than-life woman, an aunt of KOVAL Distillery’s co-founder, who launched an artistic and creative campaign for President of the World in the early 1990s. The packaging and label design for this expression features laser cut and embossed gold foil, inspired by Aunt Susan’s style and spirit. 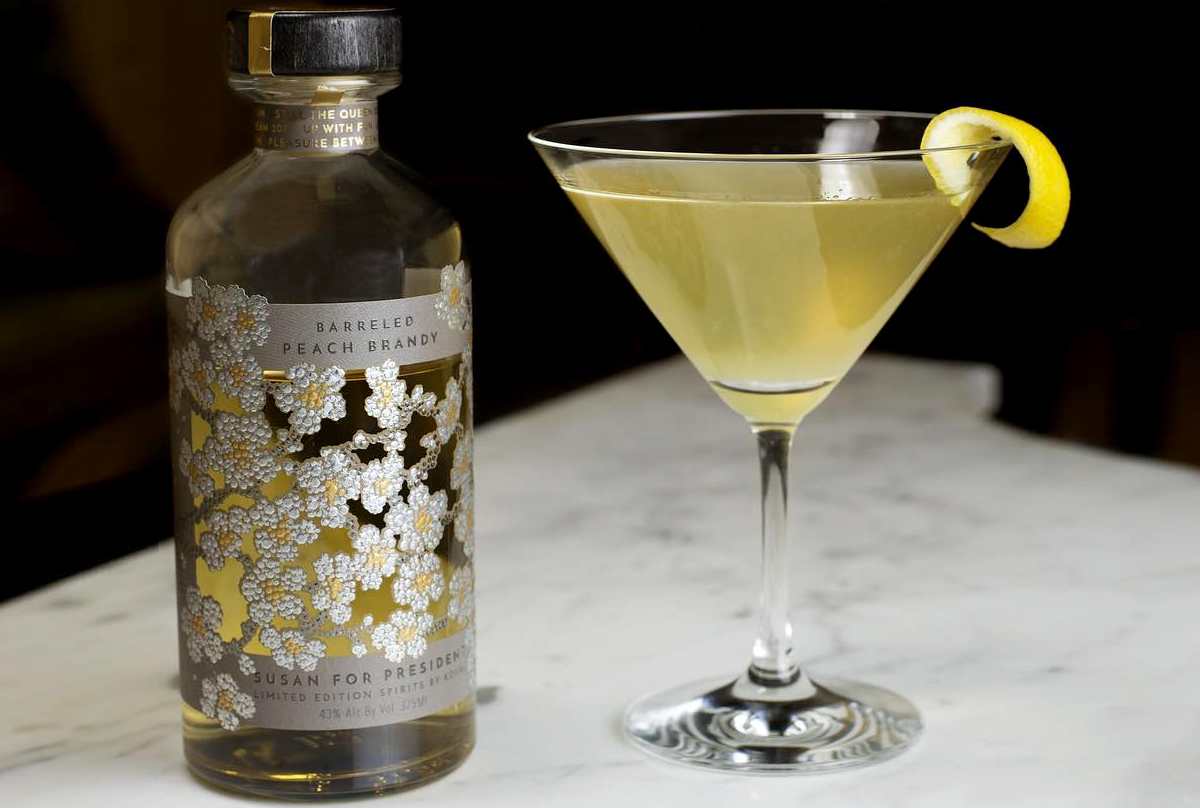 Rhine Hall distills fresh fruit eau-de-vie in their distillery in Chicago, Illinois. Produced in the summer from a mash of de-pitted Michigan cherries, with roughly 15 pounds of fruit needed to produce each 750ml bottle. Limited availability.

Cedar Ridge distills this brandy from estate-grown grapes from Iowa and employs American oak casks for part of its aging. They finish the aging in French Limousin oak.

This release from Laird’s is a 100% apple brandy. Bottled at 86 proof (43% ABV), hence the name, it sits between their standard 80-proof Applejack and their 100 proof Apple Brandy. It has no age statement. The number 17 on the label symbolizes the number of pounds of fresh apples it takes to make a single bottle of the spirit. National release beginning September 2017. 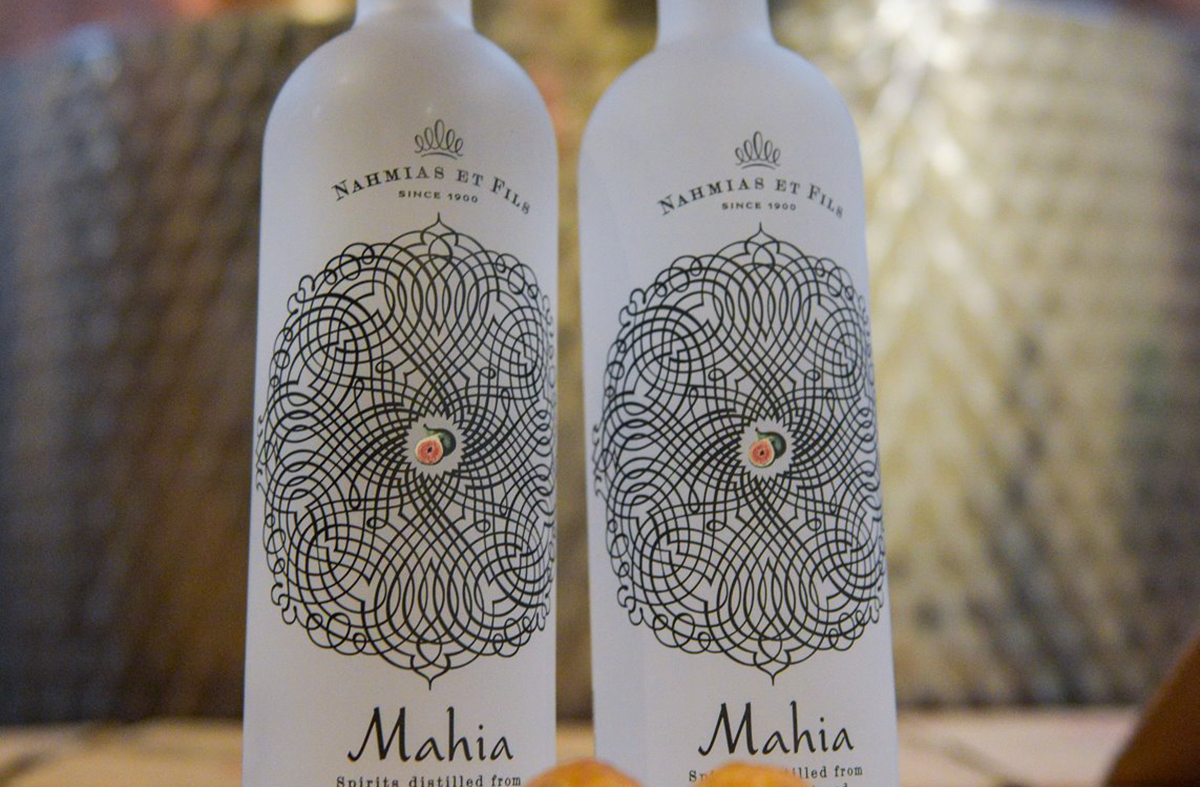 Located on a 200-acre apple farm in the Upper Hudson Valley, Harvest Spirits holds New York’s first farm distillery license. Cornelius Peach is legally a peach-flavored brandy but calling it Peach Applejack might be a more fitting label. Tree-ripe local peaches are hand pitted and left to soak in their bourbon-barrel aged Applejack. The brandy returns to the barrel to rest while the flavors marry.  Bottled unfiltered to retain all of the flavors and texture the peaches bring to the applejack.

Mahia, the national spirit of Morocco, is a fig brandy with a small dose of anise seed. Inspired by a 1900 heirloom Nahmias family recipe, Master Distiller David Nahmias handcrafts small batches of Mahia in New York. It takes about at 5 pounds of carefully selected, California figs to produce each 750 ml bottle.

Copper & Kings sources pot-distilled brandy from other distillers, to blend and age themselves prior to bottling. For their American Craft Brandy, 90% of the stock ages “solera”-style in 90% Kentucky bourbon barrels & 10% in new, medium-char American oak for at least 2 years. Non-chill-filltered without any additives. It is 90 proof. 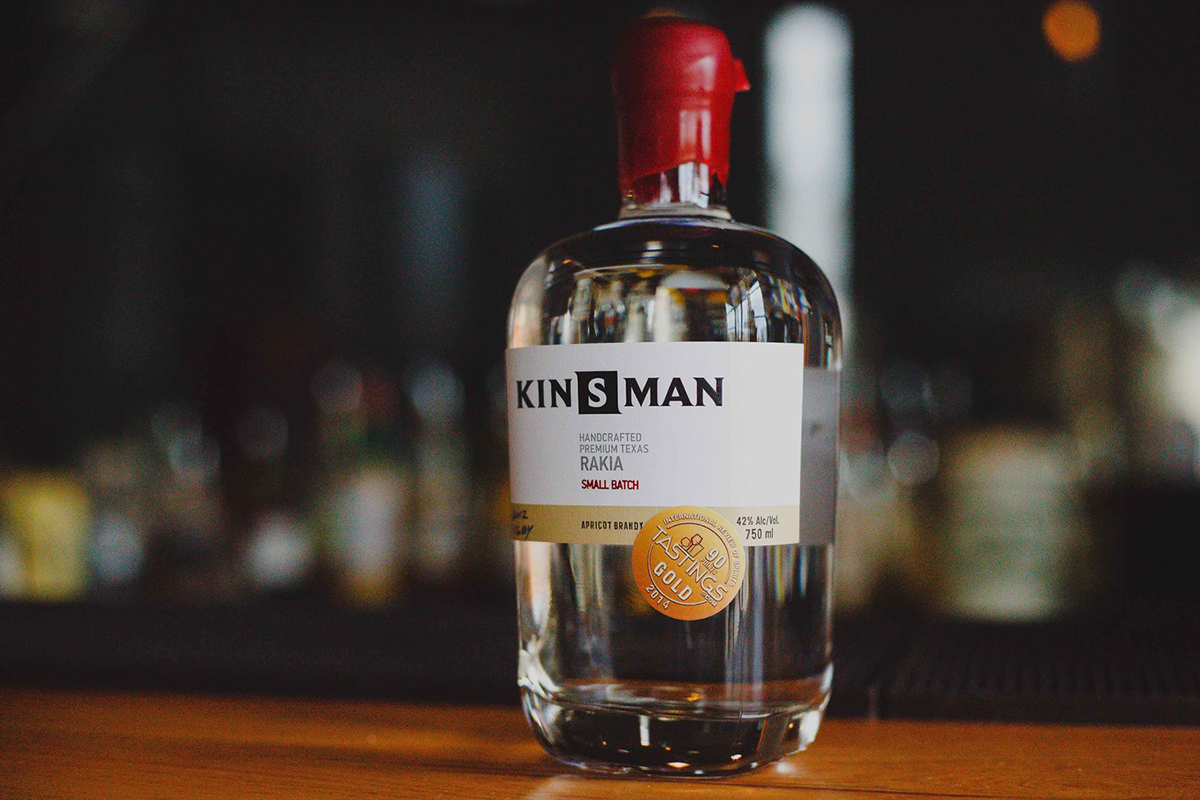 In the mood for some more brandy? 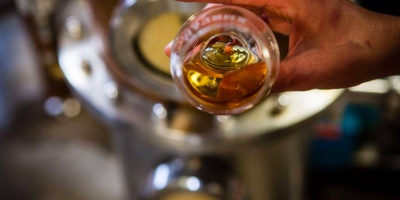 From Sourcing to Distilling: Craft Whiskey Producers Making the Leap
A look at the distilleries charting their own unique courses towards self-distillation 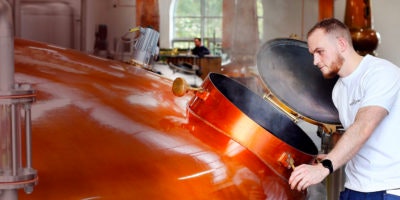 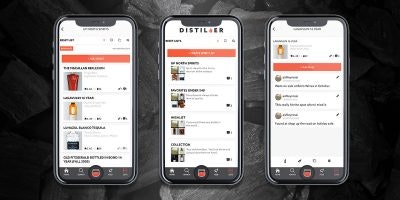