Distiller.com uses cookies that are essential for us to operate the website and that are helpful for us to improve the services. By continuing to browse our website, you agree to first-party and third-party cookies being stored on your device. Learn More About Cookies
Distiller’s Friday Roundup – January 8, 2021
By Stephanie Moreno
January 8, 2021

It’s been a bit tough to get back to the work week after a nice long break, but we’ve made it to Friday! Naturally it was a slow week for new releases. However, there was still quite a bit of news from the spirits world to share. This includes an offer from Bushmills to buy us in the States a (much needed) drink. Read below for more details. Although new releases were on the low side, there is a new bourbon release that we’re happy to mention. Ezra Brooks 99 Proof is hitting shelves this month and its price is easy on the pocketbooks, perfect for if you overdid it during the holidays.

Speaking of overdoing it, perhaps you’re looking to participate in Dry January this year. In that case, you might want to look for non-alcoholic spirits to add to your collections. A new brand called Fluère (pronounced “flew-air”) has released three expressions in the US.

However, if you’re looking for spirits thats offer a buzz, you’ll want to see what offerings are expected to hit shelves later this year. We’ve picked out the best of the bunch of new label approvals from the TTB to show you. So without further ado, here’s Distiller’s Friday Roundup for January 8, 2021!

Last week whiskey producer Michter’s announced the passing of Willie Pratt, master distiller emeritus. Pratt began his distilling career with Brown-Forman with whom he worked for over 40 years in various positions. There he served for a period of years on the company’s committee studying distillation, cooperage and aging conditions. He retired from Brown-Forman at the age of 65, but he wasn’t quite done. In 2007 he was hired at Michter’s as the master distiller. Pratt oversaw Michter’s production which was conducted at another Kentucky distillery. Eventually Michter’s was able to move its production to its own facility in Louisville.

When Willie decided to work a reduced schedule, Pam Heilmann took over the reigns as master distiller. Later Heilmann was eventually succeeded by Dan McKee. Meanwhile, Pratt continued to serve as the company’s master distiller emeritus and he remained actively involved in Michter’s production until his death.

“Times like this make me realize how fortunate I was to be able to learn from one of the greats in the industry,” said Michter’s Master Distiller Dan McKee. “I’m going to miss standing back in the distillery with Willie, talking about making whiskey and listening to his life stories.”

Michter’s Master of Maturation Andrea Wilson commented, “It is not often in your career you get to sit and listen to someone with over 50 years of experience in this industry who poured his heart and soul into every single detail. Making bourbon was not a job to Willie, it was pure joy.”

Michter’s Master Distiller Emerita Pam Heilmann said, “It was my pleasure and the opportunity of a lifetime to work with Willie. The years we had together enhanced my learning and grew my knowledge of the bourbon industry by virtue of his wisdom and tutelage.” 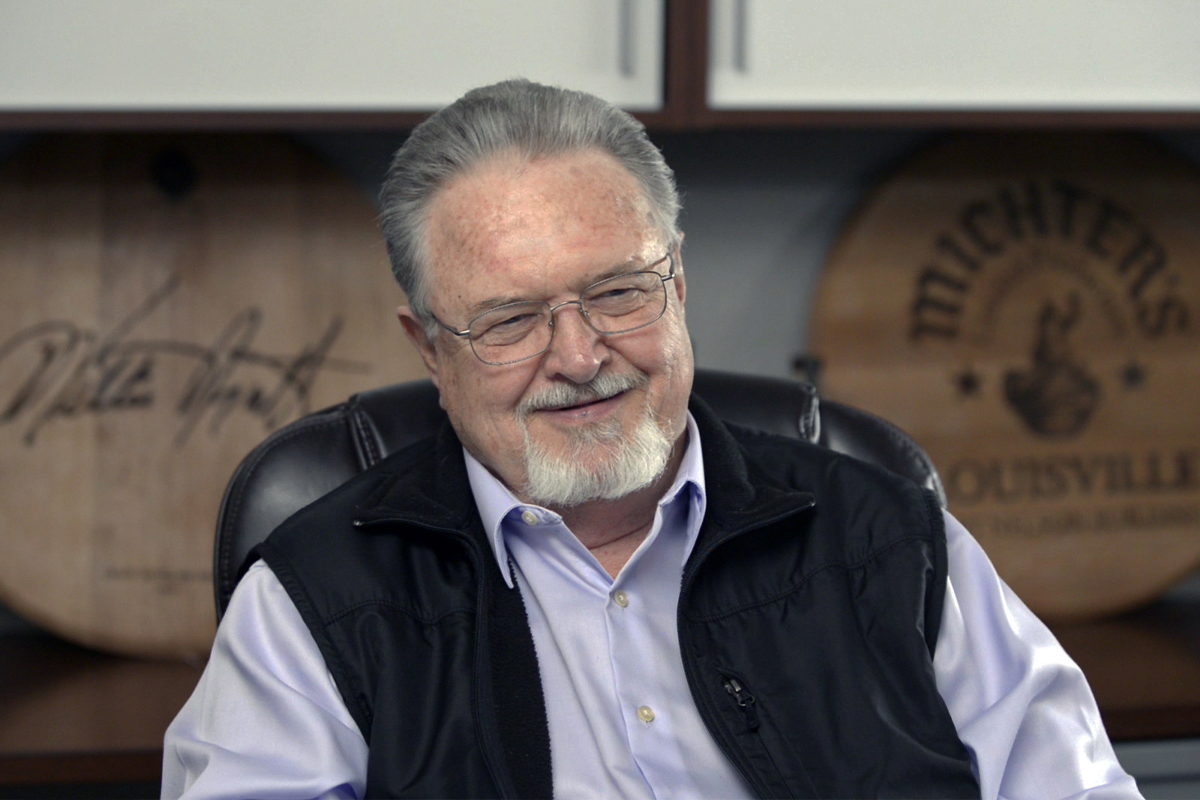 Bushmills Buying America Its First Round of 2021

This week Irish whiskey brand Bushmills announced plans to cover the cost of your first drink of the New Year. As a way of supporting the bar and restaurant industry which has faced unprecedented challenges this past year, Bushmills wants to offer whiskey lovers a drink on them. Whether your drink is consumed at a restaurant or bar on-premise, is delivered, or purchased to take away, your first drink of Bushmills is on them.

For those 21 years and older wanting to redeem this offer, just buy a Bushmills Irish Whiskey pour or cocktail from your favorite local bar or restaurant. Then take a photo of the itemized receipt displaying the purchase of Bushmills. Next you’ll upload the receipt here. Valid receipts will receive a reimbursement of up to $6.00 (paid via Venmo, Paypal or Amazon) on purchases from January 1 through March 18, 2021 in participating U.S. states. Official terms and conditions can be found at here. 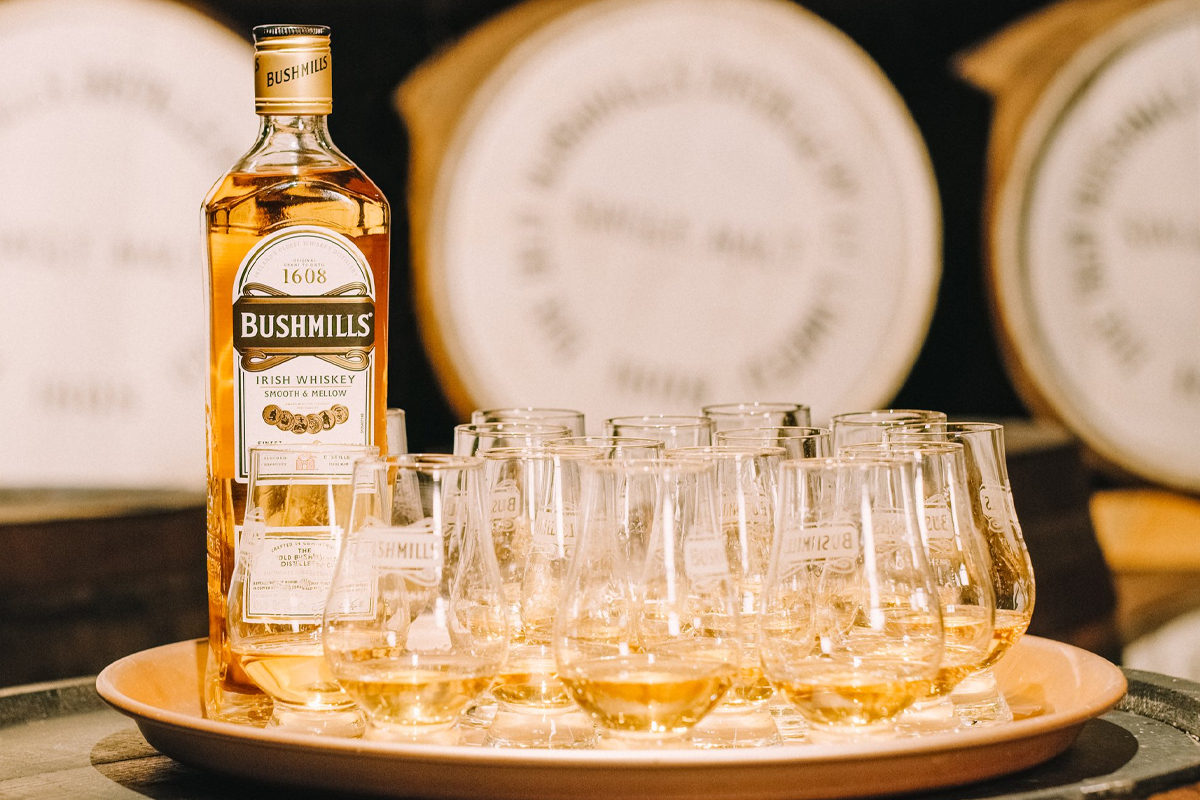 This week, parent company Luxco announced the release of Ezra Brooks 99 Proof. This is a Kentucky straight bourbon which comes in at 49.5% ABV or 99 proof, hence the name. The bourbon is made using a mash bill of corn, rye and malted barley, like other Ezra Brooks bottlings. Additionally, it is charcoal filtered prior to bottling.

“With Ezra Brooks 99 our goal was to create a higher-proof bourbon without sacrificing the rich notes Ezra Brooks is known for,” said John Rempe, master distiller at Lux Row Distillers. “And we achieved that with 99. The result is a smooth, drinkable bourbon with hints of caramel, vanilla, chocolate and spice. We’re thrilled to introduce Ezra Brooks 99 to bourbon lovers everywhere.” 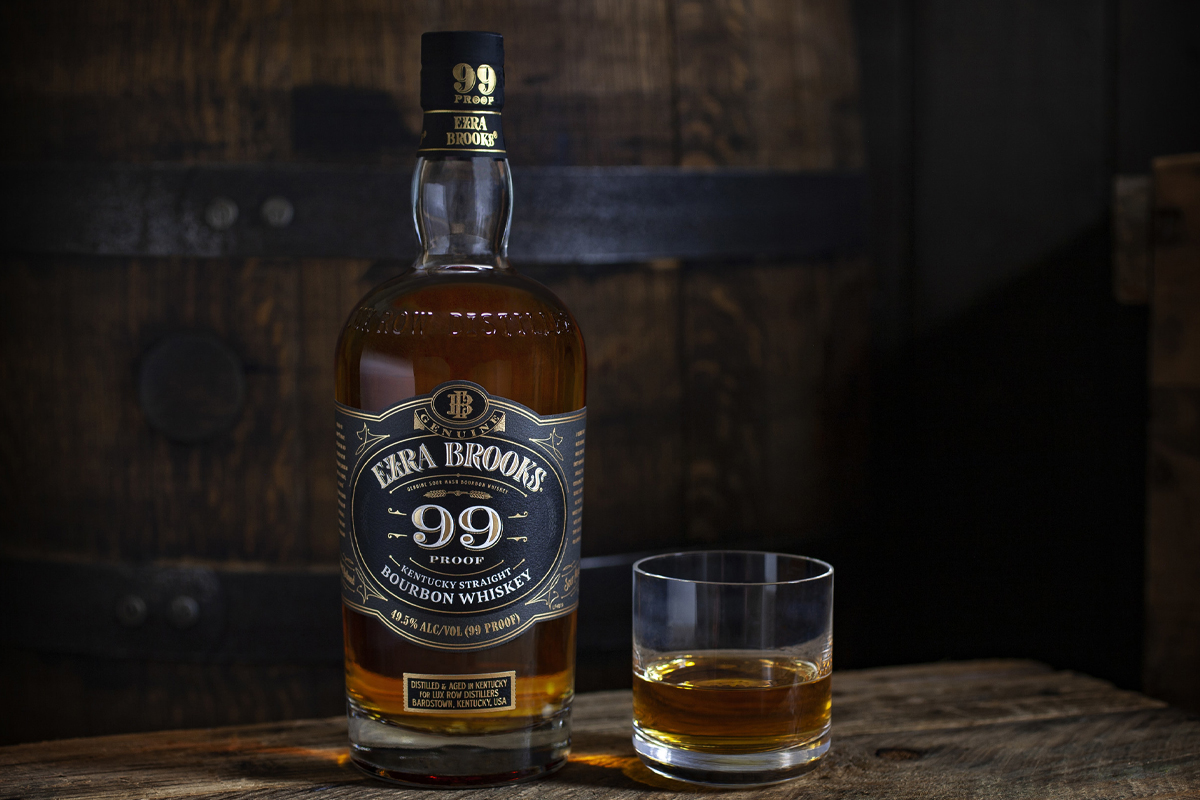 “Brough Brothers has an opportunity to not only provide employment opportunities for our local community, but also design an experience for locals and tourists in the heart of one of Kentucky’s cultural hubs,” Brough Brothers CEO Victor Yarbrough said. “At a time in history when there is much attention on Louisville, we are excited to represent positive change and hope for and on behalf of our city.”

Brough Brothers has plans to distill and barrel its first barrel of bourbon by this winter. Furthermore, it plans to open a bourbon shop to visitors by appointment by spring 2021. While bourbon distilled at the Louisville distillery won’t be ready by then, there is a contract-distilled bourbon for sale. It can be purchased online or at retailers in Kentucky, Florida, Tennessee, Indiana and Colorado. The bourbon brand will expand its distribution to another 20 states in early 2021. 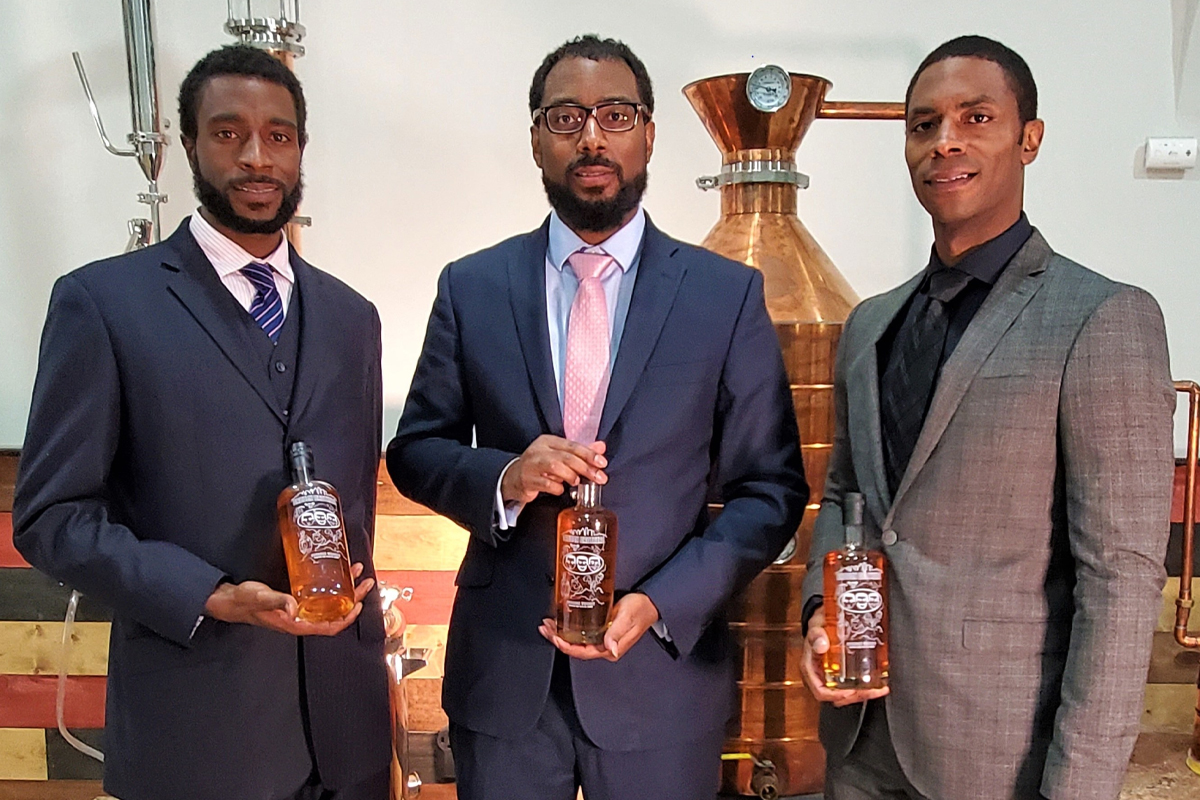 The nine millionth barrel will be put up to age in Rickhouse Y, where it will be displayed amongst Heaven Hill’s other milestone barrels. 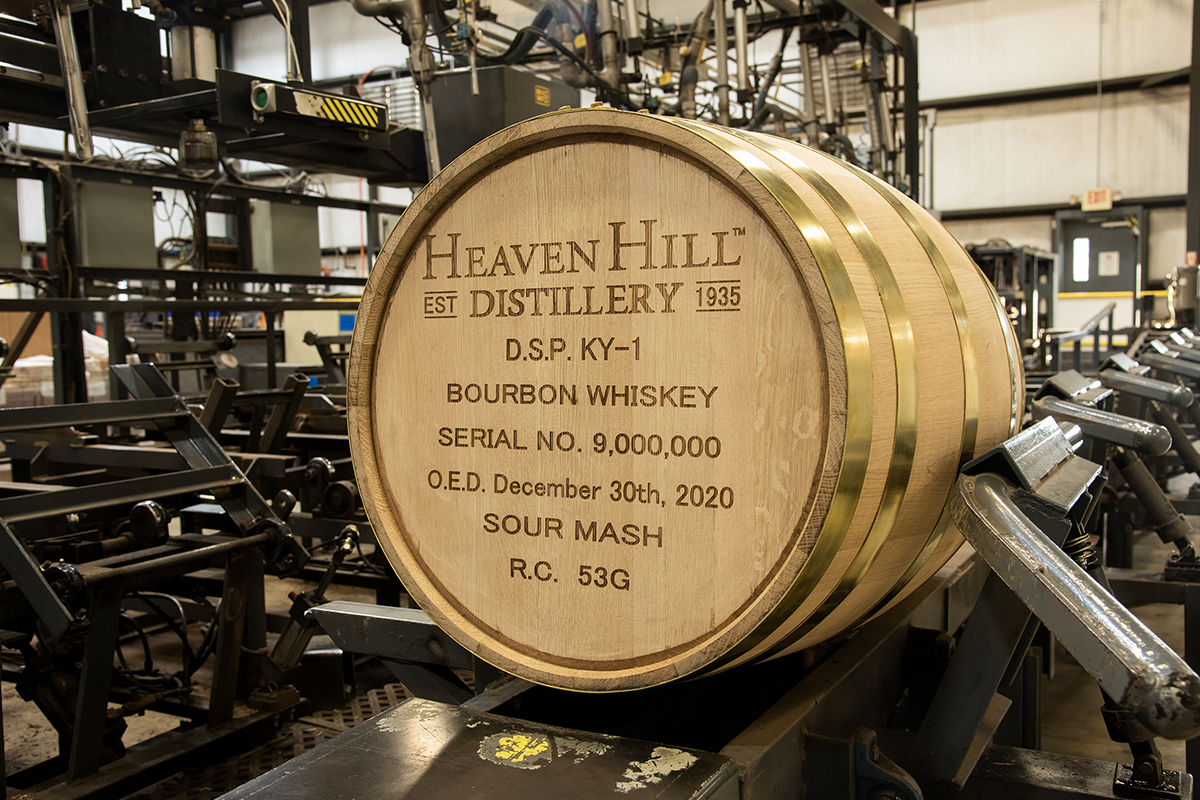 Just in time for Dry January comes the release of several non-alcoholic spirits.

Fluère Spirits Launches Three Non-Alcoholic Expressions in the US

In late December, Fluère Spirits announced the release of three bottlings of its non-alcoholic spirits to be released in the US. The botanicals in each release are individually distilled through hydrosteam distillations. As they are alcohol-free, they are able to be sold via Amazon. Additionally, they are available in retail shops in California, Illinois, and Massachusetts with an SRP of $29.99 each.

Original: The Original expression is meant to represent a gin by using botanicals such as juniper, lime peel, lavender, and coriander. The brand recommends the Original to be served with tonic.

Spiced Cane: The Spiced Cane expression is meant to represent a rum by using sugarcane molasses in its composition. The brand recommends the Spiced Cane to be served with cola and lime. 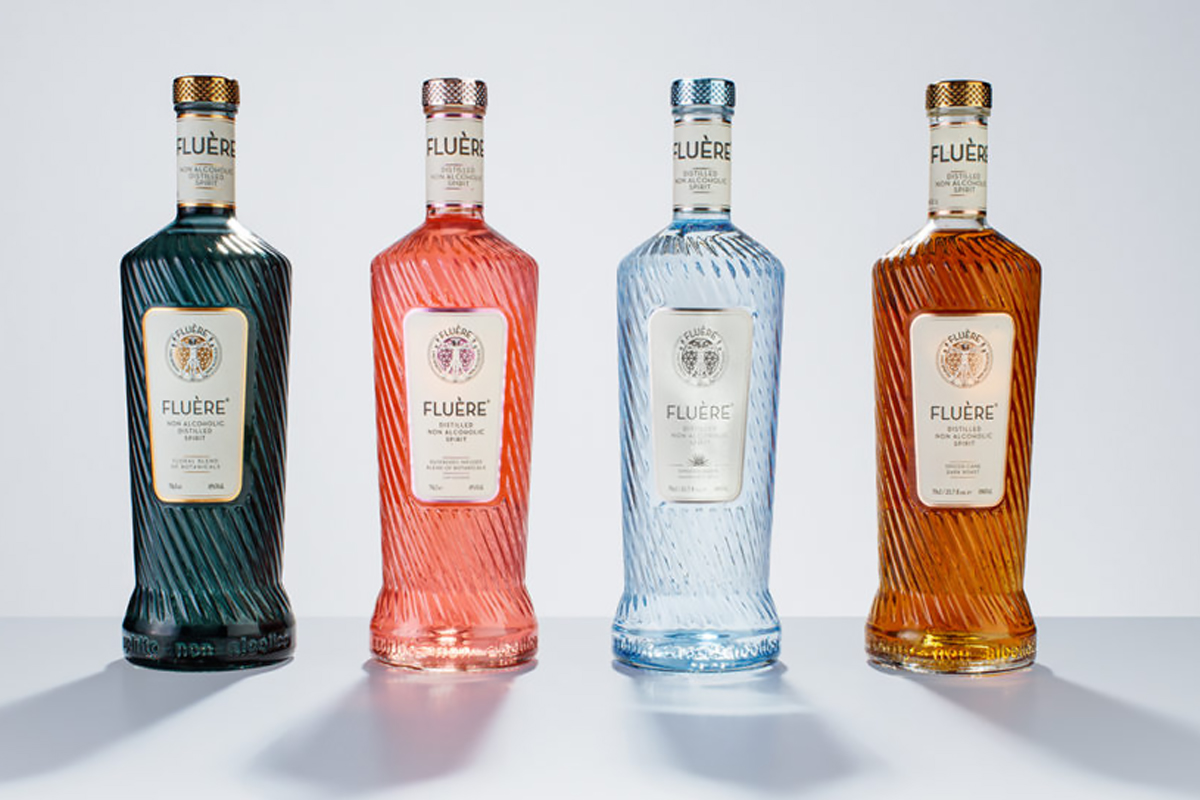 Parent company Diageo recently released Gordon’s 0.0%, an alcohol-free version of the brand’s classic Gordon’s London Dry Gin. In fact, it uses the same distilled botanicals as the gin including juniper, coriander, angelica root, licorice, orris root, and orange and lemon peel. However, it is made with a proprietary process which creates a zero ABV result. It’s available in the UK via Amazon as well as Tesco supermarkets for £14 ($19). There’s no word yet on a US release. 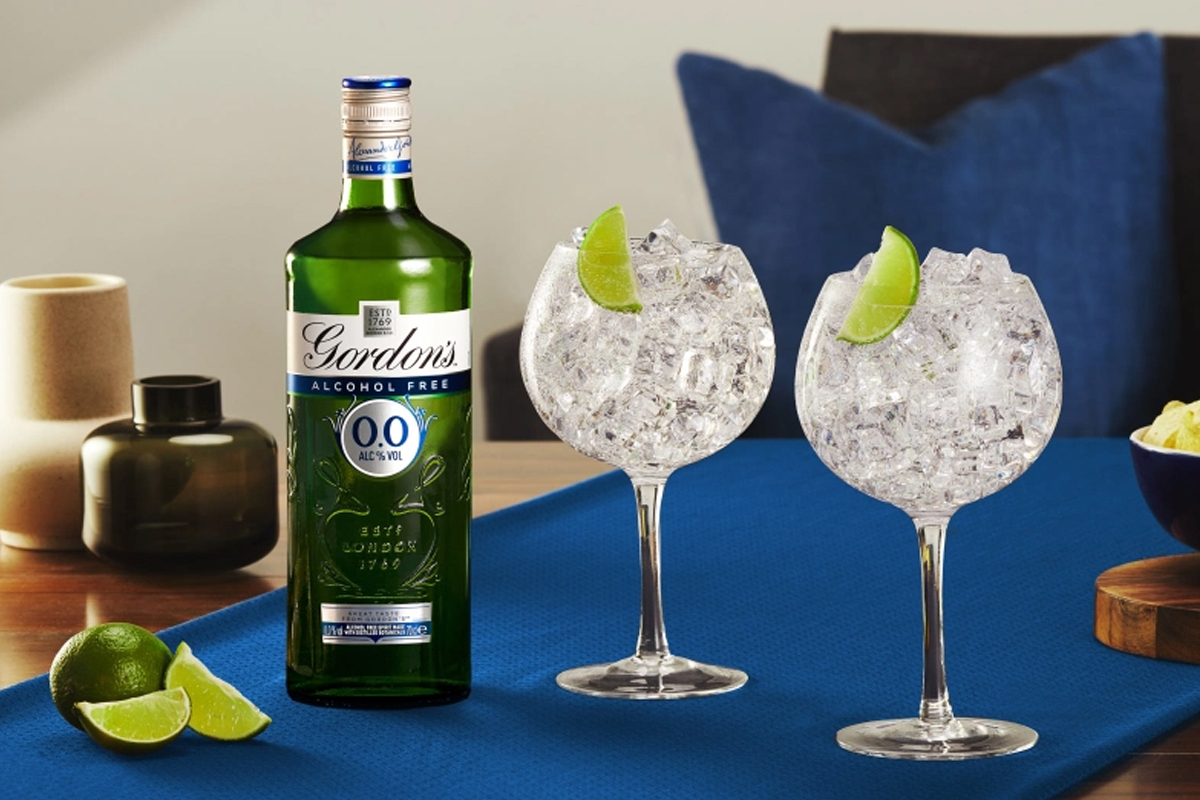 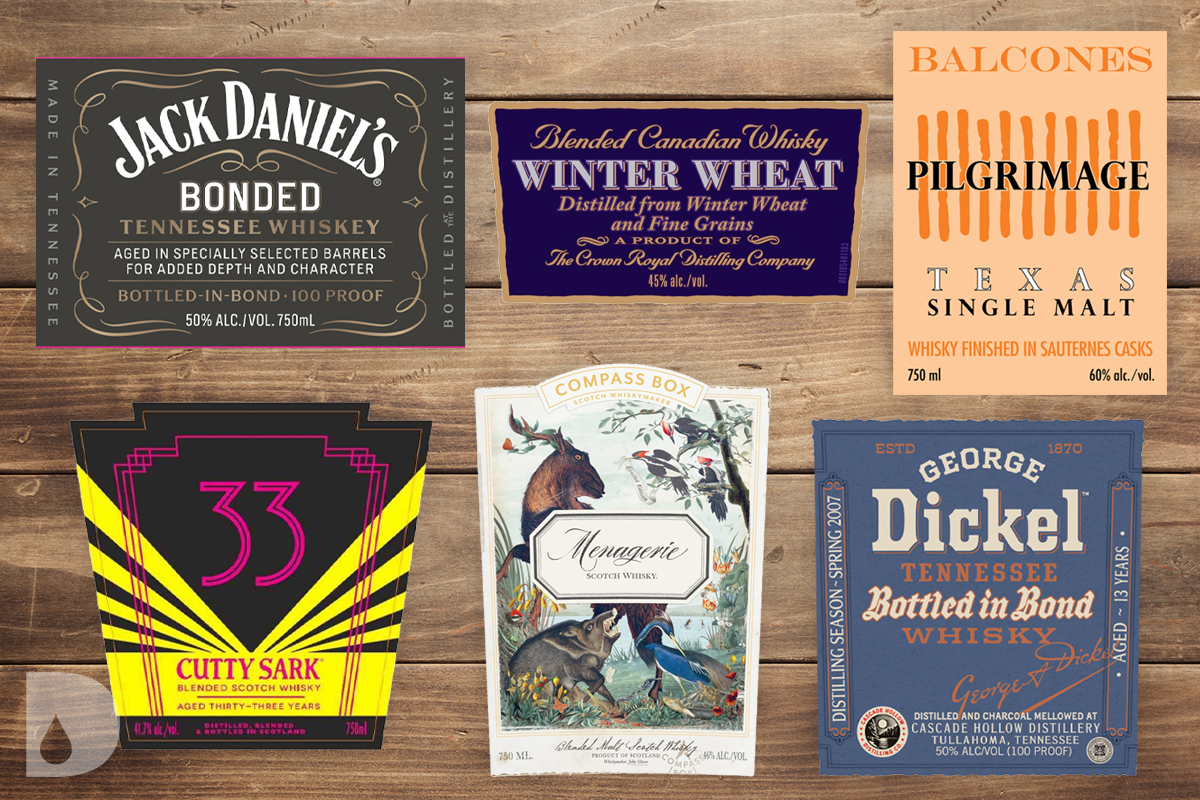 Cascade Hollow General Manager and Distiller Nicole Austin released the first bottled-in-bond expression in May 2019 to great acclaim. This looks to be the third expression under her leadership.

The distillation season was Spring 2007 and this is a 13-year Tennessee whisky. Of course, it is bottled-in-bond so that also means it is bottled at 50% ABV.

Jack Daniel’s has a bottled-in-bond Tennessee whiskey which it sells overseas in a liter-sized bottled. It appears that we’ll be able to purchase them Stateside soon as well.

It bears no age statement, but is at least 4 years old since it’s made following the bottled-in-bond regulations. And it is bottled at 50% ABV.

Typically, this Texas-based distillery doesn’t release much whisky which is aged or finished in wine barrels, but this looks to be an exception to the rule.

Aged for at least two years, this Texas single malt is finished in a Sauternes wine barrel. The ABV listed is 60%.

Menagerie is a blended malt whisky from whiskymaker Compass Box.

As Compass Box is a brand which prides itself on transparency, the label tells us quite a bit about the whisky. Malt whiskies from Mortlach and Deanston make up the bulk of the blend, but Glen Elgin and Laphroaig single malts are also used. Additionally, the brand has its own proprietary Highland malt blend which matured in custom French oak barrels.

The Noble Collection, first released in 2016, is an annual limited edition release from the Canadian whisky brand.

The Canadian whisky features winter wheat as one of the grains used in its creation.

It’s quite unusual to see any blended Scotch whisky with this old of an age statement let alone Cutty Sark. However, Cutty Sark released one back in 2014. In fact, it too was packaged in an Art Deco bottling.

This will be a limited-edition bottling with just 3,456 bottles made.

Ready to grab a bottle of Ezra Brooks 99 Proof? 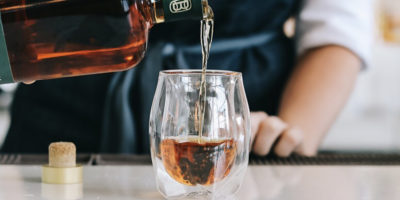 Whiskey Upgrade: Graduating Your Whiskey Picks to the Next Level
A guide for kicking your whiskey selections up a few notches