This week the Kentucky bourbon world suffered another warehouse collapse, this time at O.Z. Tyler Distillery in Owensboro, KY. Also, Pernod Ricard added Rabbit Hole to its portfolio and Glenfiddich released new packaging and names for three of its core whiskies (Glenfiddich 12 Year is now Glenfiddich Our Original Twelve). Plus, Templeton and Corazón both announced 2019 versions of limited edition spirits. Finally, the members of Slipknot got the memo that every band must have an alcohol brand and launched their own.

Just after the clock struck 12 on Monday morning, the northwest corner of Rickhouse H at the O.Z. Tyler Distillery in Owensboro, KY collapsed. Prior to the disaster, the warehouse was quietly aging 19,400 barrels. When the northwest corner failed, roughly 4,500 barrels were affected, though only a small number were damaged. 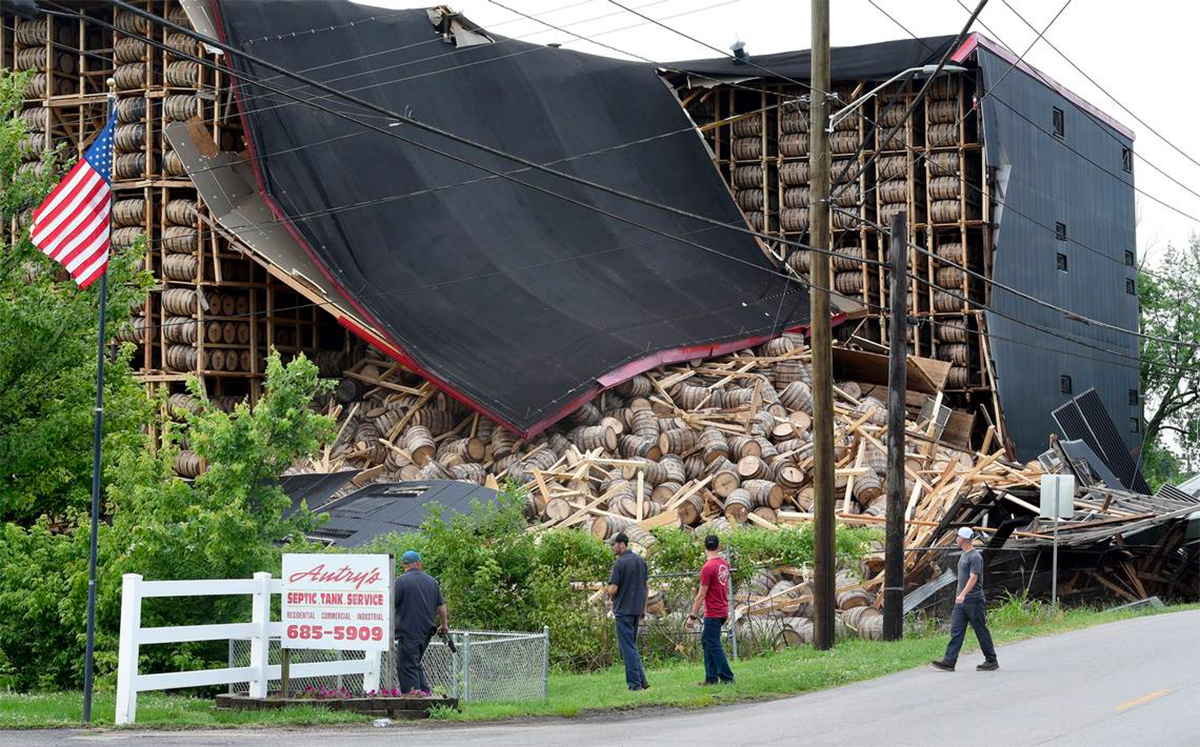 Given the time of day, no employees were nearby and nobody was injured. So far, no environmental damage is being reported. The collapse at O.Z. Tyler comes exactly a year after a massive warehouse collapse at Barton 1792, two hours down the road in Bardstown, KY. 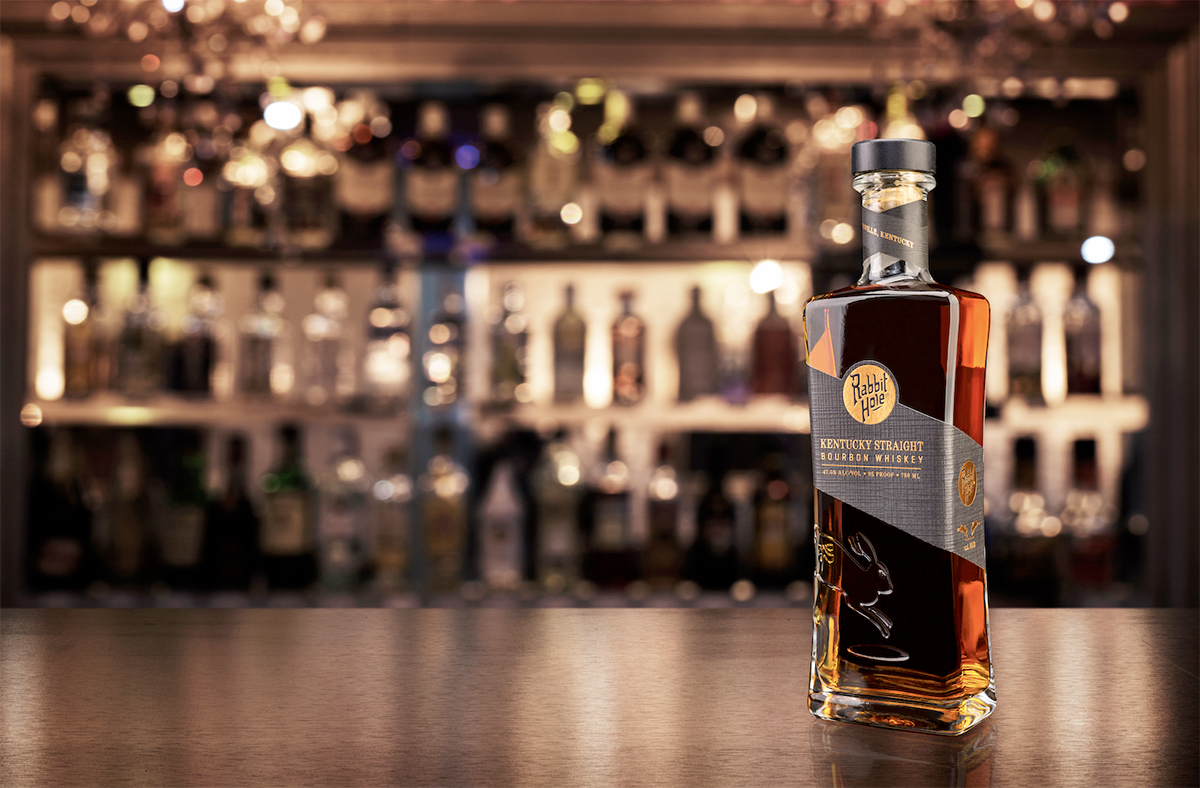 “By leveraging Pernod Ricard’s extensive distribution network to reach new consumers, we are able to strengthen Rabbit Hole’s position as a brand and amplify its presence as a new voice in American whiskey,” says Rabbit Hole Founder Kaveh Zamanian. He will maintain the majority of his shares and will continue running the company.

In 2018 Woodford Reserve’s welcome center saw a record 150,000 tourists pass through its doors. In anticipation of that number continuing to climb, the brand has opened a new welcome center at its distillery in Versailles, KY.

The new center is where visitors will begin their tour of the Woodford distillery. It includes a main hall with seating, a bar and outdoor entertaining spaces. It will continue to hold Woodford’s gift shop, a cocktail bar, and Glenn’s Creek Cafe.

One of the most popular and widely recognized single malts on Earth is getting a facelift and a new name. As of June 18th, 2019, Glenfiddich 12 Year will be known as Glenfiddich Our Original Twelve. The new bottle features a ‘v’ shaped cut into the glass, the brand’s stag symbol embossed in gold, and William Grant’s signature on the bottle top. 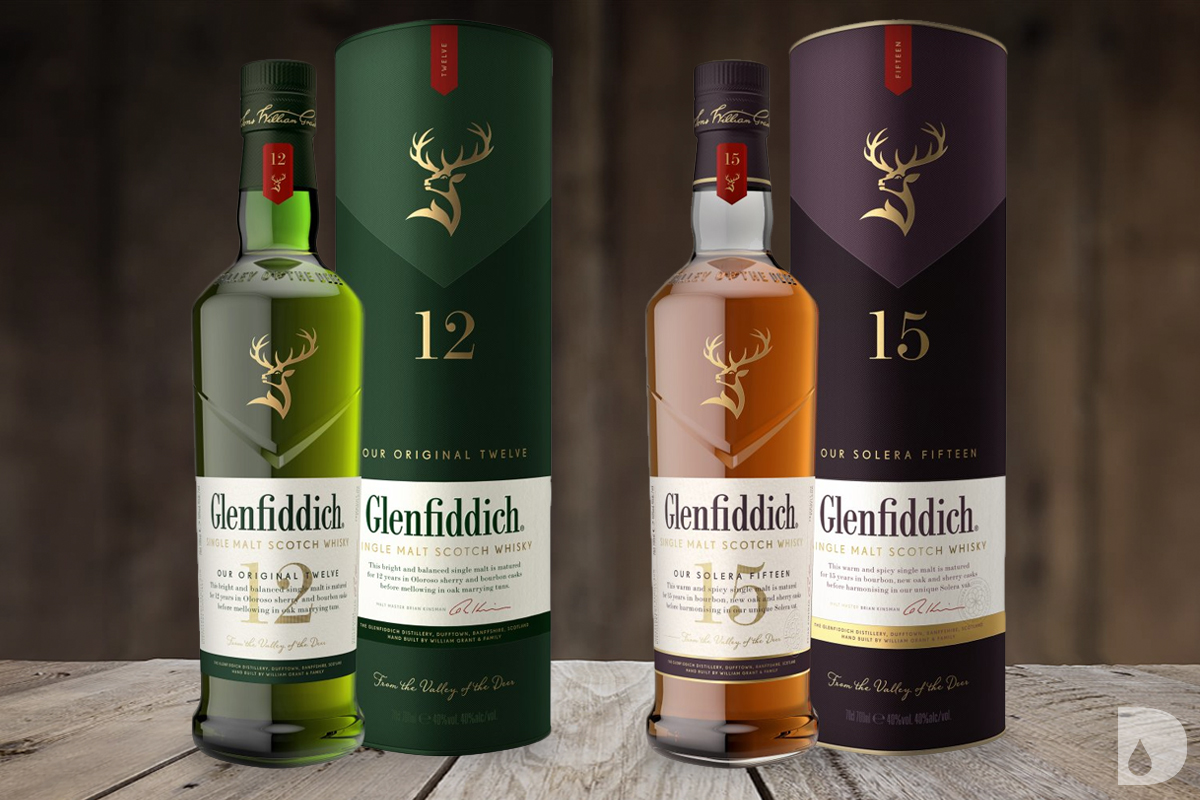 In addition, the brand is also changing the design and name of Glenfiddich 15 Year Solera Reserve to Glenfiddich Our Solera Fifteen. A new look for Glenfiddich 18 Year will come in 2020.

The whisky inside the bottle will stay the same, only the names and packaging are changing.

Over the past few years, Sazerac owned Corazón Tequila and Buffalo Trace have worked together to release a lineup of limited-edition tequilas called Expresiones del Corazón. Three of the four whiskeys from Corazón aged in barrels that previously held whiskeys from Buffalo Trace. A breakdown of the four tequilas in this year’s line follow below.

Sazerac Rye Añejo aged for 24 months in ex-Sazerac Rye barrels. It is bottled at 45% ABV and has a suggested price of $79.99. 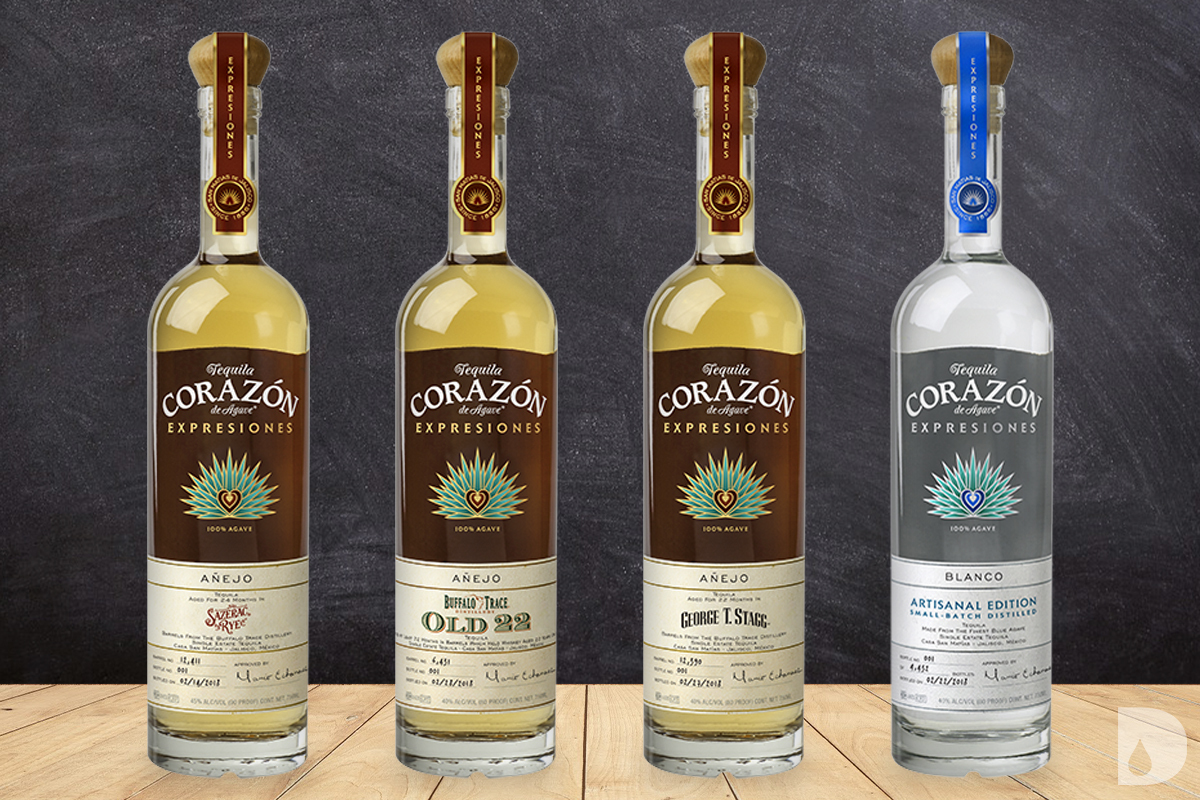 Aged for 19 months in Thomas H. Handy Sazerac Rye barrels, this añejo tequila is bottled at 40% ABV and has a suggested price of $79.99.

This blanco tequila spent 60 days in stainless steel and is the base spirit for all of the Expresiones Del Corazón releases. It uses 100% blue weber agave from the highlands of Jalisco.

This week Hotaling & Co. launched Denizen Vatted Dark Rum. It is a blend of dark rums sourced from Guyana and Martinique. The rums from Guyana make up 80% of the blend, while the rum from Martinique makes up the remaining 20%.

The label for the rum pays homage to the Guyanese slaves who rebelled against British colonists in 1823 during the Demerara Rebellion. 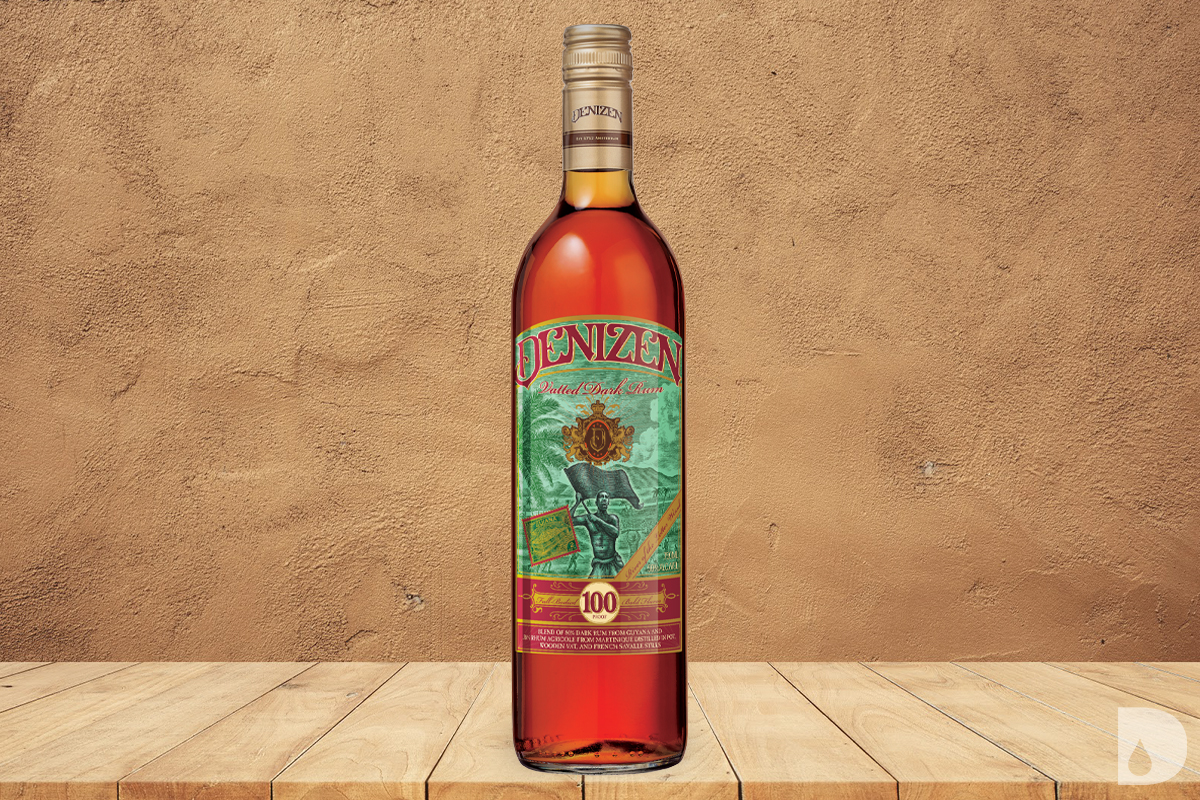 Blended by master blender Dr. Rachel Barrie, GlenDronach Port Wood initially aged in Pedro Ximénez and oloroso sherry casks for 10 years. Then, it finished maturation in port pipes from the Duoro Valley in Portugal. The release is meant to celebrate the importation of casked Port into Scotland in the 19th Century.

“We are delighted to celebrate this heritage with a Portuguese twist on our revered Pedro Ximénez and oloroso Sherry cask maturation, which uses the best Spanish oak,” says Barrie.

While the total number of bottles produced hasn’t been disclosed, this is a limited-edition expression that can be found at specialty retailers globally. It is non-chill filtered and bottled at 46% ABV, with a suggested price of £60 (~$76 USD). 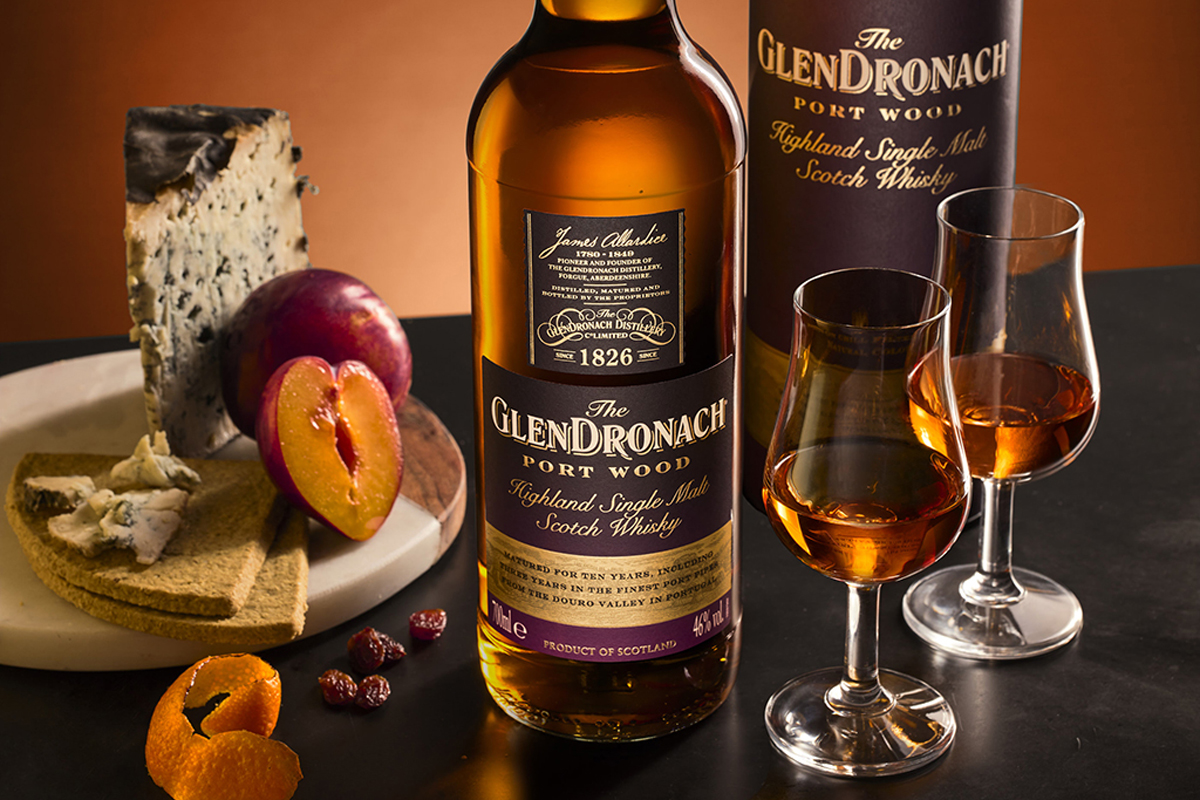 Templeton Rye Is Back With Barrel Strength Straight Rye 2019 Edition

For the second year in a row, Templeton Rye Whiskey is releasing Templeton Rye Barrel Strength Straight Rye (2019 Edition). For this release, the brand first selects a number of barrels that vary in age, then marries them.

The whiskey is sourced from MGP in Indiana and has a mash bill of 95% rye and 5% malted barley. It is bottled at the Templeton distillery at 57.9% ABV, which is slightly higher than last year’s release at 57.2%.

Templeton Rye Barrel Strength Straight Rye (2019 Edition) is available in limited quantities in the United States with a suggested price of $59.99 per 750ml bottle. It will also be available in select international markets including the EU for the first time. 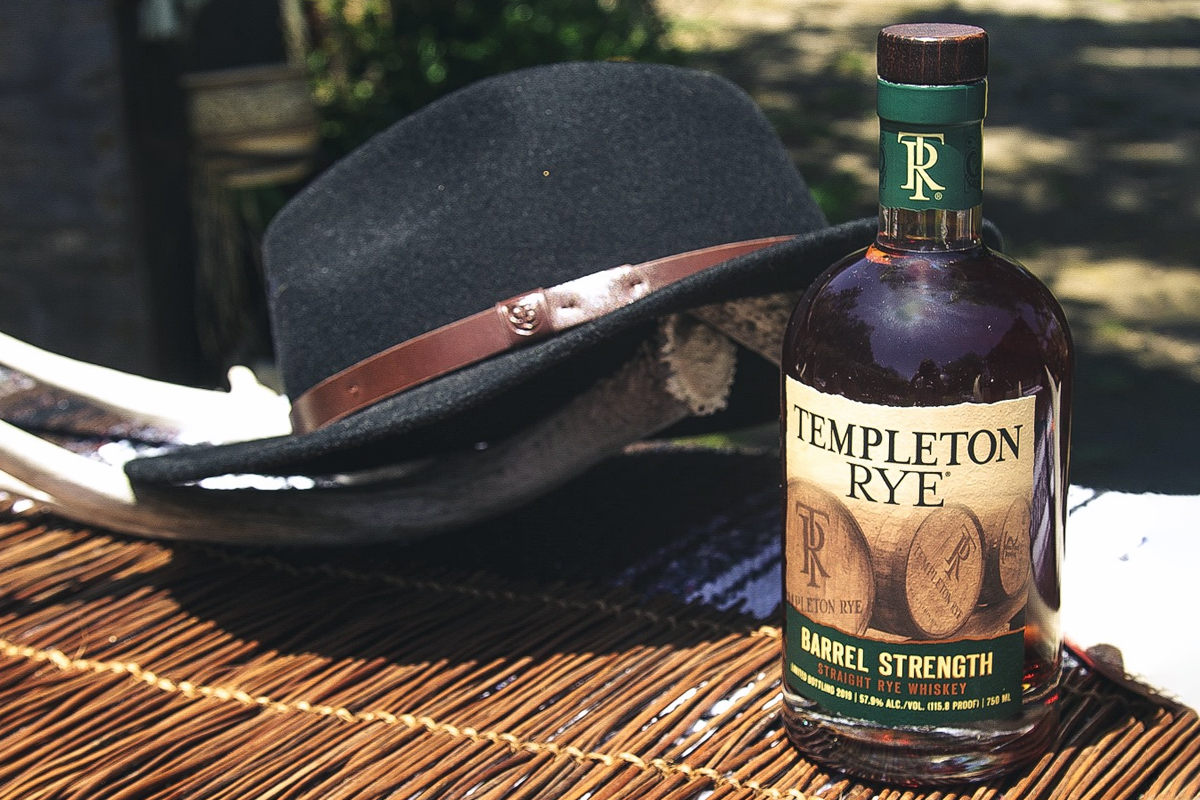 Slipknot Next Musical Group To Launch A Whiskey

In this day and age it seems like there are more bands without their own liquor brands than with them. Joining an incredibly long list of musicians and celebrities, this week heavy metal band Slipknot introduced its own brand, No. 9 Iowa Whiskey. 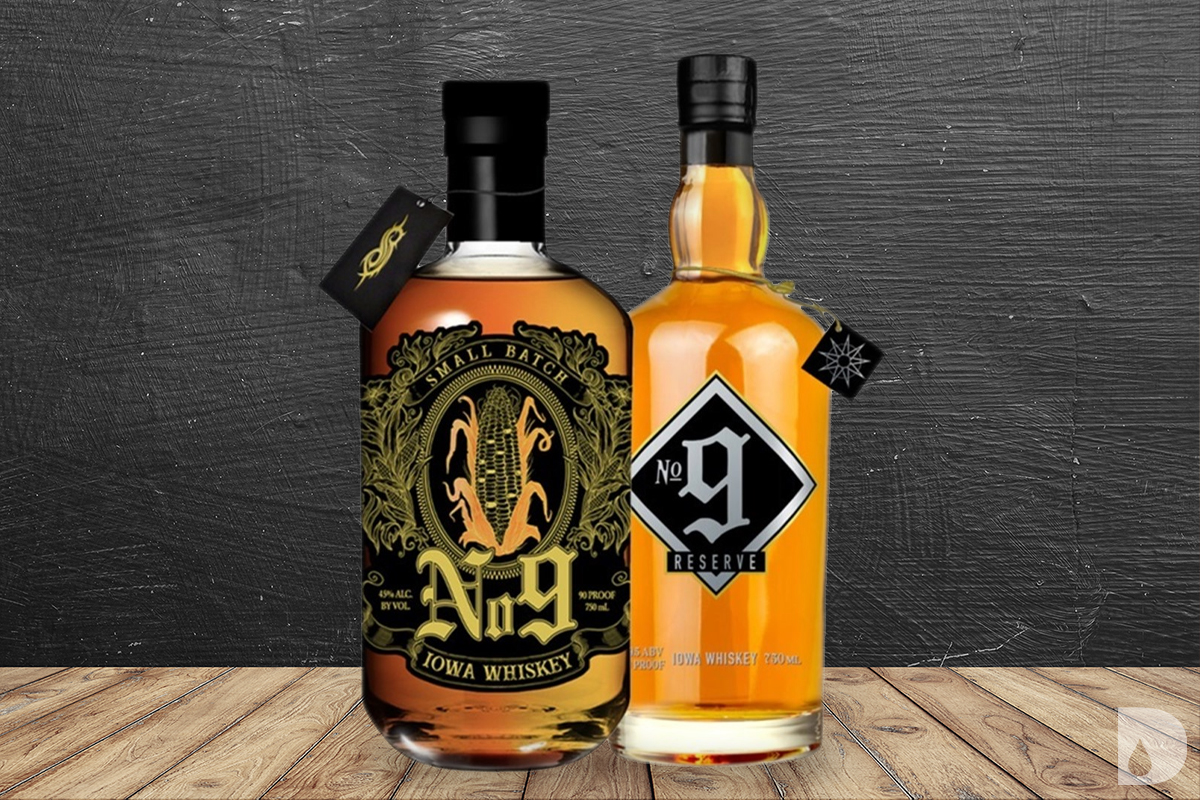 The band partnered with Iowa-based Cedar Ridge Distillery to create this whiskey, which uses corn grown on the Cedar Ridge family farm.

What have you added to your wishlist this week? Glenfiddich Our Original Twelve? Perhaps Denizen Vatted Dark Rum? 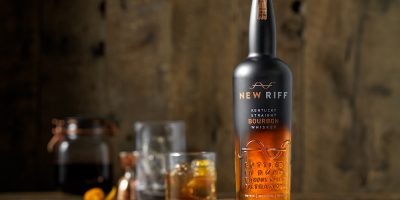 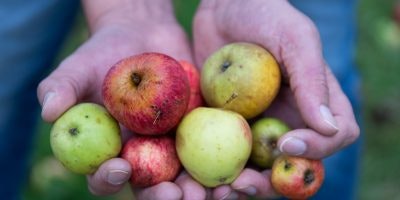 Calvados Guide: How About Them Apples
Get acquainted with this French apple brandy 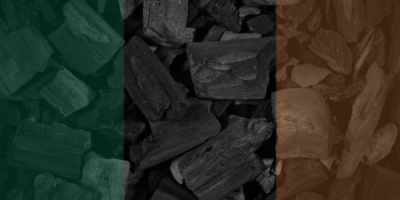 2014 In Review: Best Irish Whiskeys
The most collected and wished for Irish whiskeys from 2014!