Distiller.com uses cookies that are essential for us to operate the website and that are helpful for us to improve the services. By continuing to browse our website, you agree to first-party and third-party cookies being stored on your device. Learn More About Cookies
Distiller’s Friday Roundup – March 12, 2021
By Stephanie Moreno
March 12, 2021

With just a few days before St. Patrick’s Day, we’ve naturally got a ton of Irish whiskey news to share with you this week. One of the most exciting new releases of the week, Redbreast 10 Year, is actually a reinterpretation of a whiskey from years past. Meanwhile, those of us here in the US are happy to see that the Blue Spot has finally reached our shores. This Irish whiskey is partially matured in Madeira wine casks and is bottled at cask strength.

As for other new releases, WhistlePig released its second edition of Double Malt 18 Year. This rye whiskey is the oldest whiskey released to date for the brand and this year there’s a specially designed bottle stopper that accompanies it. Additionally, there’s a new tequila brand that launched this week — and it’s competitively priced as well! And for those of you wanting a whiskey cocktail without the fuss, Crown Royal has a few canned cocktails that might satisfy your thirst. We’ve got all the details on these new releases and more in Distiller’s Roundup for March 12, 2021!

Redbreast 10 Year is a limited-edition cask strength bottling released to celebrate the 30th anniversary of the resurrection of the brand. The last time this 10 Year was offered was the early 1970s. Redbreast 10 Year was originally produced by W.A. Gilbey, a wine and spirits merchant operating in Dublin at the turn of the 20th century. Gilbey’s had a supply of sherry casks in its vaults as the brand was an importer and it sourced distillate from Jameson’s Distillery to mature in its casks.

This bottling is a reimagining of the Gilbey’s expression which was last offered in the early 1970s. The single pot still whiskeys used in this bottling were aged 10-15 years and were matured in a combination of ex-bourbon and Spanish oak oloroso sherry butts. It is bottled at 59.1% ABV with a vintage label.

“This release rejoices the longstanding history of Redbreast Irish Whiskey and celebrates the distinctive qualities which Redbreast is known for globally,” says Master Blender Billy Leighton. “Redbreast 10-Year-Old offers a unique, rich flavor profile with notes of tropical and dried fruit, which gives way to a balance of richness from the inclusion of sherry casks. I am delighted to share this release with whiskey advocates and Redbreast fans across the globe.”

The SRP for this release is €100 and it is available exclusively to members of The Birdhouse, Redbreast’s online members’ club.

Blue Spot Irish Whiskey Arrives in the US

Blue Spot is a non-chill-filtered single pot still whiskey from the “Spot” family of whiskeys produced in partnership between Irish Distillers and Mitchell & Son. It follows Green, Yellow and Red Spot Single Pot Still Whiskeys. The colors indicated the time that the barrels were meant to be matured. For the Blue Spot, that time is 7 years. This is a cask strength release which is matured in ex-bourbon, ex-sherry and ex-Madeira wine casks.

Kevin O’Gorman, master distiller at Irish Distillers says, “It is with absolute pleasure that we reintroduce Blue Spot and bring a piece of Dublin’s rich whiskey history back to life. Over the years I have had the honor of collaborating with the Mitchell family, who for generations have celebrated the influence of fine wines on Irish whiskey, as we have reintroduced expressions to the beloved Spot range. I am incredibly proud to celebrate with Jonathan and Robert Mitchell on this historic day as Blue Spot takes its place alongside Green, Yellow and Red Spot, reuniting the whole family once again.”

Blue Spot was initially released in November 2020 in parts of Europe, Canada and Global Travel Retail. It was launched in select markets in the US this week with an SRP of $85.

Earlier this year we told you about Irish whiskey brand Bushmills’ plans to cover the cost of your first drink of the New Year. As a way of supporting the bar and restaurant industry which has faced unprecedented challenges this past year, Bushmills has extended this offer until March 18, 2021. Whether your drink is consumed at a restaurant or bar on-premise, is delivered, or purchased to take away, your first drink of Bushmills on St. Patrick’s Day is on them.

For those 21 years and older wanting to redeem this offer, just buy a Bushmills Irish Whiskey pour or cocktail from your favorite local bar or restaurant. Then take a photo of the itemized receipt displaying the purchase of Bushmills. Next you’ll upload the receipt here. Valid receipts will receive a reimbursement of up to $6.00 (paid via Venmo, Paypal or Amazon) on purchases from January 1 through March 18, 2021 in participating U.S. states. Official terms and conditions can be found here.

The WhistlePig team and Simon Pearce have collaborated on a whiskey glass. The glass dubbed the Shoreham Whiskey Glass, named for the town in which the WhistlePig farm and distillery reside, is a weighty, curved vessel.

“The design goal for the Shoreham Whiskey Glass with Simon Pearce was to change the shape to lower the alcohol concentration at the brim of the glass, allowing for a better nosing experience for the high proof whiskey drinker,” says Emily Harrison, distillery manager at WhistlePig Whiskey.

In addition to the glass, WhistlePig has released the 2nd edition of its Double Malt Rye 18 Year. The mash bill is the same as the first edition: 79% rye, 15% malted rye and 6% malted barley. After 18 years of aging, the whiskey is bottled at 92 proof. This second edition contains a collectible hand-blown glass stopper designed by Simon Pearce.

Both the Shoreham Whiskey Glass and the 2nd Edition 18-Year-Old Double Malt Whiskey are now available for sale here. The glasses have a price of $130 and the whiskey is $399.99 while the combination goes for $499.99.

This week the Kentucky Distillers’ Association cancelled its 2021 Kentucky Bourbon Affair fantasy camp due to the global COVID-19 pandemic. It was originally scheduled for September 2021 in Louisville and was to coincide with the Bourbon & Beyond music festival which has also been cancelled.

“While we are encouraged with vaccinations and declining cases, it would be difficult to hold such intimate, elegant events that attract people from all over the world,” KDA President Eric Gregory said. “It would not be fair to all involved — from our loyal KBA fans to our distillery employees. This is the second year we have had to cancel this event, but it is the right and responsible decision to make. We are getting closer every day to beating the pandemic. This simply isn’t the time to let our guard down or take any chances with people’s health and safety.

Meanwhile, the Kentucky Bourbon Festival in Bardstown is still a go as of press time. In fact VIP tickets have been sold out and general admission tickets go on sale this Monday March 15th. The event is held on September 16-19 2021 with an all-new format featuring opportunities for bourbon enthusiasts to engage with the brands and engage in educational experiences.

General admission tickets are $10 per day or $20 for the weekend. Tickets are limited to ensure a safe and welcoming atmosphere for everyone this fall. To find out more about the events and to get tickets, please visit their website here.

These ready-to-drink cocktails made with Crown Royal Whisky are sold in 12 oz/355ml sized cans. In addition to Whisky & Cola, there’s Washington Apple featuring apple and sparkling cranberry flavors, and Peach Tea with peach flavor and brewed tea. These three RTD cocktails sell for $3.99 individually or $14.99 in a four-pack. They each have an ABV of 7% and are available as of this month.

Tequila Zarpado is a tequila brand made in partnership with Latitude Beverage and family-owned distillery Cavas de Don Max. It is made from 100% blue weber agave grown in the Tequila Valley in Jalisco. It is double-distilled and made in small batches. The blanco tequila launched in March 2021 in ten select US markets with an SRP of $24.99.

This bottling was released in honor of St. Patrick’s Day 2021 and is the fourth release in the brand’s Distillery Exclusive range. The Irish whiskey is finished in virgin Irish oak and is bottled at 46% ABV without chill filtration. It has an SRP of €60/~$72.

Mackmyra Björksav is a limited-edition single malt seasonal release which is partially matured in casks saturated with Swedish birch sap (Björk) wine from Grythyttan Vin, a Swedish winery. Other casks used in its production are ex-bourbon, ex-oloroso sherry and Swedish oak. Just 15,000 bottles were produced and are available as of March 2021. It has an SRP of £60/~$84.

This annual bottling is released each September 2nd, the birthday of the founder of Old Forester, George Garvin Brown.

The bourbon was put into the barrel in 2009 and was bottled in 2021. You can expect this to arrive in September.

The Ian Hunter Story is a series of limited releases from Laphroaig in honor of the legacy of Ian Hunter. He was the last of the Johnston family to own and manage the distillery, steering the ship from 1908 to 1944.

The Master’s Collection from Woodford Reserve is a series that highlights one of five elements in whiskey production: water, grain, fermentation, distillation and maturation.

With a name like Five-Malt Stouted Mash, it appears that the grain used here will include five different malts with some if not all of the barley having a dark roast like a stout beer. This is labeled as a Kentucky Malt Whiskey.

WhistlePig is known for its rye whiskeys, but this release appears to be its first foray with single malt whiskey.

A product of Canada, this whiskey is aged for 12 years and is finished in rye whiskey barrels.

Heavy metal rock band Motörhead appears to be expanding its spirits portfolio with a bourbon.

This straight bourbon is distilled in North Dakota using a high rye mash bill of 60% corn, 36% rye and 4% barley. It’s aged for 4 years and is bottled at 90 proof.

Ready to grab a bottle of Redbreast 10 Year? 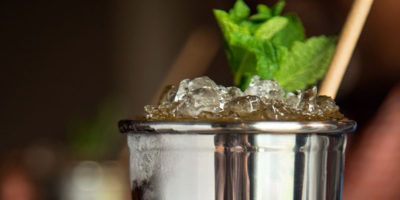 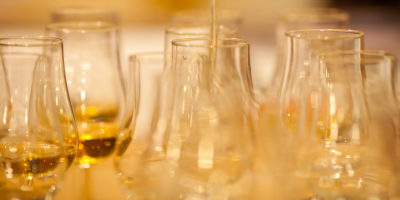 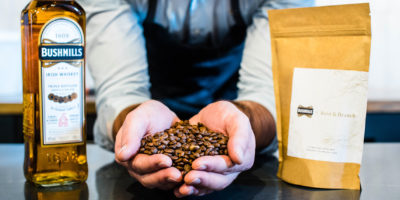