Distiller.com uses cookies that are essential for us to operate the website and that are helpful for us to improve the services. By continuing to browse our website, you agree to first-party and third-party cookies being stored on your device. Learn More About Cookies
Distiller Deep Dive: Exploring Chartreuse
By Matt Strickland
November 6, 2019

If you’ve been to a few high-end cocktail bars, you’ve likely seen a bottle lurking on the back bar. Loved by cocktail connoisseurs, Chartreuse is a liqueur with a dizzying history and more mythology than entire categories of other spirits. Its color is well, chartreuse, and its aroma gives new meaning to the word complex. Of course, that’s partly what makes it so special in the green reflected eyes of Chartreuse idolizers. Exploring Chartreuse and its history is something you must do, especially if you’re just getting into classic cocktails. Let the following few paragraphs be your guide into the bizarre world of the king of herbal liqueurs.

The Beginning: The Elixir

The Carthusian monks are one of the oldest Christian sects in existence. In 1605 when their monastery was located in Vauvert (a small suburb of Paris at the time), Francois Hannibal d’Estrées—an artillery marshal for King Henry IV—gave the monks a mysterious document. It contained a recipe for a strange elixir. The monks were initially perplexed by the recipe. It was arcane and complicated, obviously created by a skilled alchemist, and none of the monks really knew what to do with it. So, they sat on it for nearly 140 years.

Eventually in 1737 the manuscript was sent off to the Carthusian headquarters in Grenoble where it was examined by the apothecary. After years of research the final recipe was translated and written down to produce what was called the “Elixir of Long Life” soon to be called the Élixir Végétal de la Grande-Chartreuse.

This Elixir is still made today according to the same recipe. It is sold at 138 proof in small 100 ml bottles encased in a wooden bottle like a booze-filled Russian nesting doll. Unfortunately, this elixir is not sold in North America, but it’s fairly easy to find throughout the UK and Europe.

What is sold in the U.S. is the redundantly named Chartreuse Green Liqueur—often referred to as simply Chartreuse. It was introduced in 1840 after it was realized that the local populace wasn’t drinking the Elixir merely for medicinal purposes. Chartreuse weighed in at the “milder” 110 proof and commercially took off. Even monks have bills to pay.

The recipe of 130 herbs is kept highly secret. Only the two head monks know the recipe. The herbs are stored in the “herb room” at the monastery where they are dried, crushed and mixed by the two head monks. The herbs are then combined in specific orders and amounts in carefully numbered bags. The bags are then sent to the distillery where they are macerated in neutral alcohol.

The infused spirit is then distilled and then allowed to age in casks until the monks decide to bottle it. At some point in the process, though the monks won’t say when or how, the distilled spirit is sweetened with sugar and macerated a second time with herbs to provide the characteristic color.

The end result is a sweet, strong, and herbal liqueur. The flavor is in the same family as fellow herbal liqueurs such as Bénédictine, Galliano and Strega. It is also quite similar to its little brother Chartreuse Yellow Liqueur which was also first released in 1840. Chartreuse Yellow has a milder aroma than its hulked-out brother and a lower alcohol content at just 80 proof.

Regardless of which way it is served, Chartreuse is truly one of the more unforgettable spirits in the world today. Track down a bottle or ask your local bartender for a taste. Just don’t be surprised if you fall under Chartreuse’s spell. 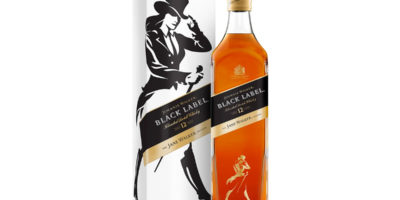 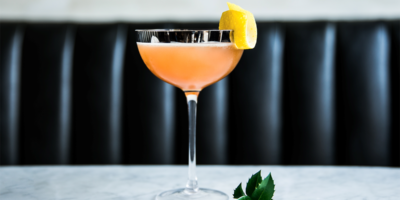 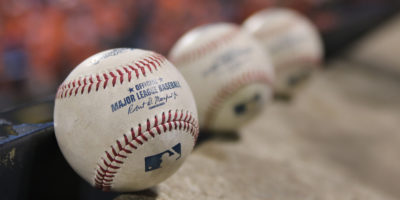