May 25th – 31st marks the 28th anniversary of New York City Fleet Week, an annual celebration welcoming Sailors, Marines and members of the Coast Guard who have been deployed overseas. Fleet Week began in San Diego in 1935 and has become a tradition in other ports of call, such as San Francisco and Fort Lauderdale.

In New York it is always timed to lead up to Memorial Day, kicking off with a flotilla of vessels in the harbor along the Hudson River and continuing with military demonstrations throughout the week, with festivities all over the city along the way. Venues around town participate with their own events at various piers, monuments and other locales, but this is also an excellent time to toast members of these services (which is encouraged even if you aren’t in a Fleet Week city) and if you encounter them, buy them a drink!

Don’t be shy! Personal experience has shown these sailors are a friendly bunch and want to engage in thoughtful conversation with city civilians, as well as try new things to eat and drink. So here’s a chance to impress them with your knowledge of American spirits and cocktails, and offer suggestions while buying them a round. Of course the most obvious cocktail choice in NYC would be a Manhattan with bourbon or rye, but there are also cocktails with ties to military sea history. Here are two standouts:

Remember the Maine:
The drink was created by bartender/author Charles H. Baker in the 1930s to commemorate the USS Maine, an American ship that exploded in 1898 in Havana Harbor while assisting Cuba at the end of the Cuban War of Independence against Spain. “Remember the Maine To Hell With Spain!” was the cry of American protesters during the Cuban Revolution of 1933.

Stir clockwise (in keeping with the direction of the tide, according to cocktail author Philip Greene) with ice and strain into a chilled cocktail glass.

Navy Grog:
While it doesn’t exactly resemble the taste of authentic grog, this classic tiki drink once served at Trader Vic’s was created to honor that tradition. (It was also served by his rival, Don the Beachcomber, but this version is Vic’s recipe via Distiller contributor Josh Miller.) Beware, limit yourself to one of these boozy concoctions or you’ll lose your sea-legs for sure!

Shake all ingredients in a cocktail shaker with ice. Strain into a double rocks glass.

The ultimate Fleet Week celebration is sponsored by Sailor Jerry Spiced Rum in partnership with the Aleethia Foundation, benefitting wounded and ill members of the military. On May 29th, actor Norman Reedus is headlining their block party (1 – 6pm, 12th Ave. at W. 44th St.) arriving in a custom motorcycle at Pier 84 to lead a toast, with a concert from the band Cage the Elephant during the afternoon. They will also have a “home base” bar at 348 West 44th St. from May 25th to May 29th open from noon to 9pm.

Many bars around town will be featuring Fleet Week discount drink specials open to all members of the military with proper I.D. or if you are in uniform.

To all of our troops, for your service and protection, we salute you!

Still hunting for that perfect pour? 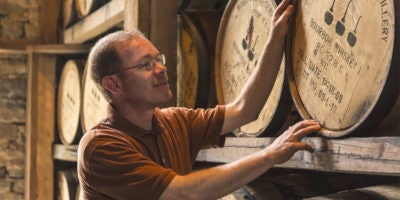 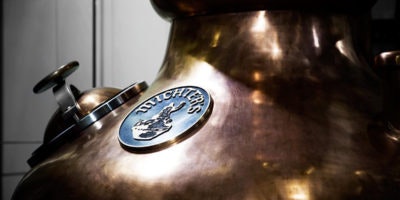 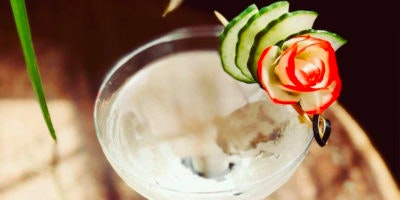