Here’s to you, Mr. Volstead

Today, December 5th, 2013 marks the 80th anniversary of ratification of the 21st Amendment. And folks, the 21st was a biggie, as it repealed the 18th. That alone is historically notable, as no other Amendment to the Constitution serves solely to negate another. Oh, and the 18th Amendement? It’s the one that’s occasionally known as the Volstead Act (after Congressman Andrew Volstead who helped write and champion the act), or more commonly to all of us as… (drumroll please)…. PROHIBITION.

On December 5th, 1933, it became legal once again to imbibe in the US, after a 13 year stretch that saw an increase in crime and general illegality throughout the American populace. The 18th Amendment originally passed by a bipartisan congress, without Presedential support or endorsement, thanks to a particularly noisey group of folks who worked under various names like ‘The Anti-Saloon League’, but were bundled together into the overarching Temperance Movement. While they got their way with the 18th, the eventual rise of public demand for illegal hooch, and general consensus eventually gave way. People fought for their right to party, and the 21st Amendment came to fruition.

To mark this occasion, which also happens to fall right smack in the middle of the holiday shopping season, we’ve created a list for you. This isn’t the typical “we like these bottles” top ten, or listicle of miscellaneous merchandise with ‘whiskey’ stamped on it. No sir. Our list is sourced from our ever-growing whiskey database, and backed up with hard data and expert reviews, thankyouverymuch. We’ve based it on a number of factors, including price, availability, and rating from our experts of the Tasting Table. It’s a magnificent mix of bottles from throughout the Whiskeying world – every single ounce highly rated, and nary a bottle over sixty-ish bucks.

No matter your taste, there’s a bottle here for you, or those you may be buying for. So pick one up, share it with the loved ones in your life, and have a drink to Mr. Volstead. He may have won his battle in 1920, but Whiskey won the war. 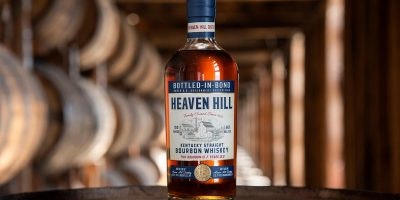 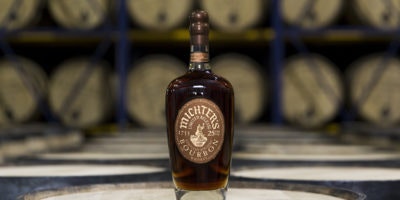 New Booze News: Michter’s 25 Year, The Balvenie Tun 1509, Green Spot & More!
Be the first to know about upcoming booze, before it hits the shelves: Week of October 9th