Here’s To The Women Who Saved Whiskey

Whiskey has a long and storied relationship with old white men, so it may surprise you to learn that in the 1920’s an organization known as the Women’s Organization for National Prohibition Reform lead by Pauline Morton Sabin lead the charge against Prohibition.

In his new book entitled, Whiskey Women: The Untold Story of How Women Saved Bourbon, Scotch and Irish Whiskey, Fred Minnick talks about the immense debt that whiskey lovers everywhere owe to women from their roles in ending prohibition to the brands they helped build.

Pauline Morton Sabin and her Women’s Organization for National Prohibition Reform converted a bunch of erstwhile WCTU members into so-called “Repeal Women,” who proclaimed that Prohibition favored the bootleggers and was disrespectful of the Constitution. Fred says, “Many politicians, most notably New York governor Herbert Lehman, credited Sabin for changing America’s mind about Prohibition.

You can also join Woodford Reserve this Thursday, December 5th, 2013 at 8PM EST for their third Woodford Reserve Livestream – “Women, Whiskey and a Salute to the Repeal of Prohibition” with Master Distiller Chris Morris. 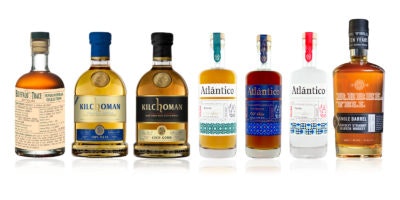