Japan: Land of the Rising Whisky

We’re more than familiar with Japanese whisky here at Distiller. We’ve had the supreme delight of sampling a large number of bottles from Japan. The Hibiki 12, Yamazaki 18, Nikka Taketsuru Pure Malt 21 Year, and Nikka Coffey Grain Whisky to name a few. Still, there’s a solid chance that you may not have had any of these yet. Japanese whiskies may be confined to a small corner at your local store, but they’re starting to get attention worldwide.

The global market for Japanese whiskey is growing at a remarkable pace, and the distillers are working to expand production to meet the demand. Sophie Knight and Ritsuko Shimizu took a deeper look at the growth of Japan’s production (and products) for Reuters:

In its earliest incarnation, Japanese whisky was a bootleg adulterated with spices and perfume. Lacking strict regulations of the Scottish and Irish varieties, it was largely ignored by foreign connoisseurs for much of its 90-year history.

“I thought going to drink Japanese whisky would be a bit like drinking a Welsh claret,” Miller said of his first trip to Japan in 1999, when he was editor of Whisky Magazine. “I wondered ‘Will my hosts be offended if I drink gin and tonic?’.”

Miller was soon converted but he found no one to share his enthusiasm with back in Britain, where Japanese whisky exports were practically non-existent.

The turning point came in 2001, when Nikka’s 10-year Yoichi single malt won “Best of the Best” at Whisky Magazine’s awards. 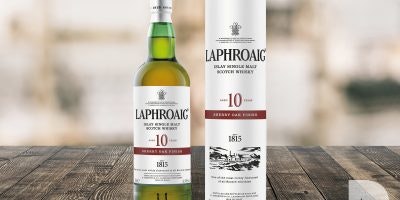