It has been another busy week in whiskey releases. To get the ball rolling, we have the first batch of 2018 for Booker’s Bourbon. Next, we have two limited edition releases from our friends over at Woodford Reserve. Leaving Kentucky and turning to the other side of the pond are two more special releases. Ardbeg shows its “groovy” vibes with the latest Committee Member release. Plus, Compass Box has a special blended grain release which celebrates the women in its company. All this and more in the booze news for the week of March 5th, 2018!

This release was named for Kathleen DiBenedetto, who was the company’s brand manager during the launch of the Small Batch Bourbon Collection in the early 1990s. She worked closely with Booker Noe over the years, and in 2015 was recognized by the Kentucky Bourbon Hall of Fame for her contributions to the bourbon category. Today, DiBenedetto holds the title of Senior Director of On-Premise and Luxury Marketing for Beam Suntory.

“I’m humbled to have a batch of Booker’s named in my honor and to celebrate the many years that Booker and I worked together,” said Kathleen DiBenedetto. “He was my mentor and teacher–a challenging one at that–and over time, he became like family to me. Booker cared so deeply about his namesake brand, and I’m thrilled to have had the opportunity to gather with the Booker’s Roundtable to select this special liquid and share a few of my favorite memories with them.”

Aged in new, charred American oak for 6 years, 3 months and 14 days. As always, the bourbon is uncut and unfiltered with this batch coming in at 127.4 proof. 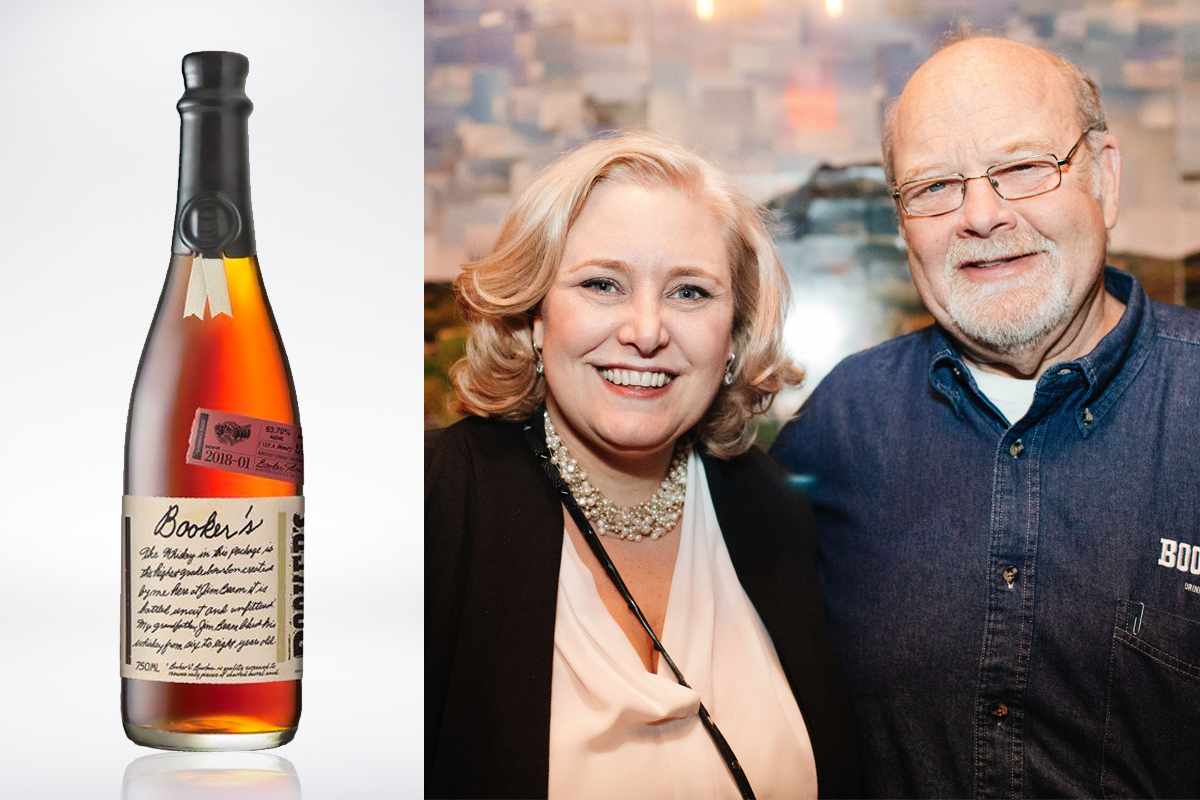 Expect an annual release with varying batch and proof. This first batch released in March 2018 comes in at 125.8 proof. Highly allocated. 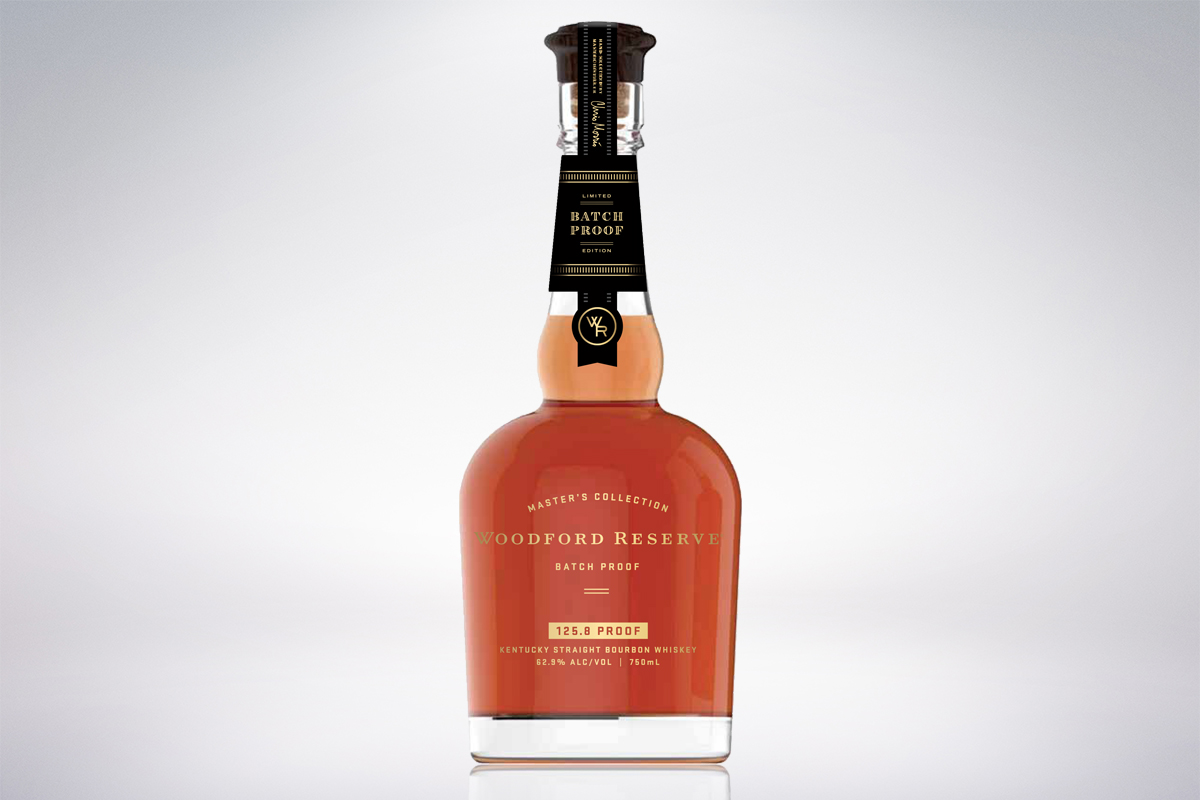 This limited edition bottling of Woodford Reserve Bourbon commemorates the running of the 144th Kentucky Derby. It features the artwork of Louisville artist Keith Anderson who, since 2007, has worked at the Bourbon Street Cafe, a private dining room at the Brown-Forman headquarters.

Available beginning March 2018. Woodford Reserve is the Official Sponsor of the Kentucky Derby®. 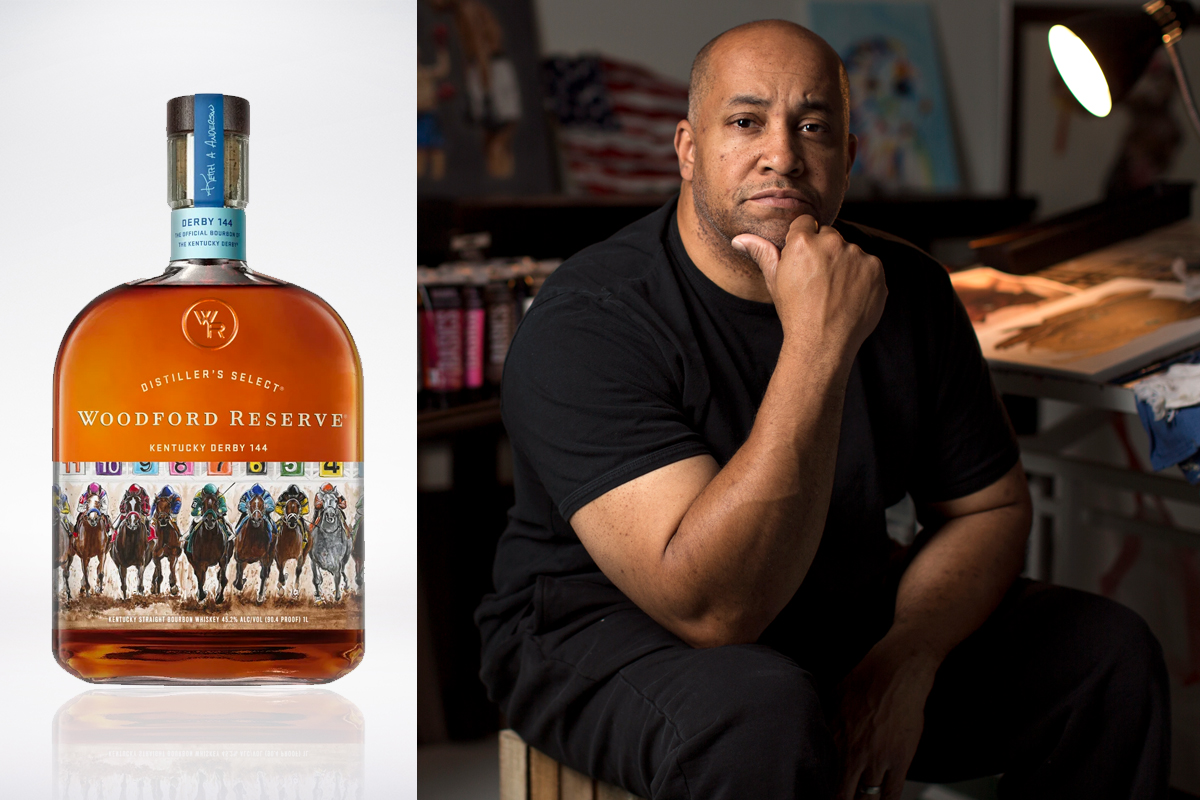 This release is sold in honor of the upcoming Ardbeg Day 2018 (June 2) held during the Islay Festival of Music & Malt (Fèis Ìle). The theme for Ardbeg Day this year is “Peat & Love”. This “groovy” whisky uses heavily-charred red wine casks (resulting in grooves in the oak) to age a portion of the whisky.

Like previous Fèis Ìle bottlings for the brand, Ardbeg will release two versions of the whisky. This version at 51.6% ABV sells exclusively to Ardbeg Committee Members beginning March 14, 2018. The second version will be widely available shortly after Ardbeg Day at 46% ABV. 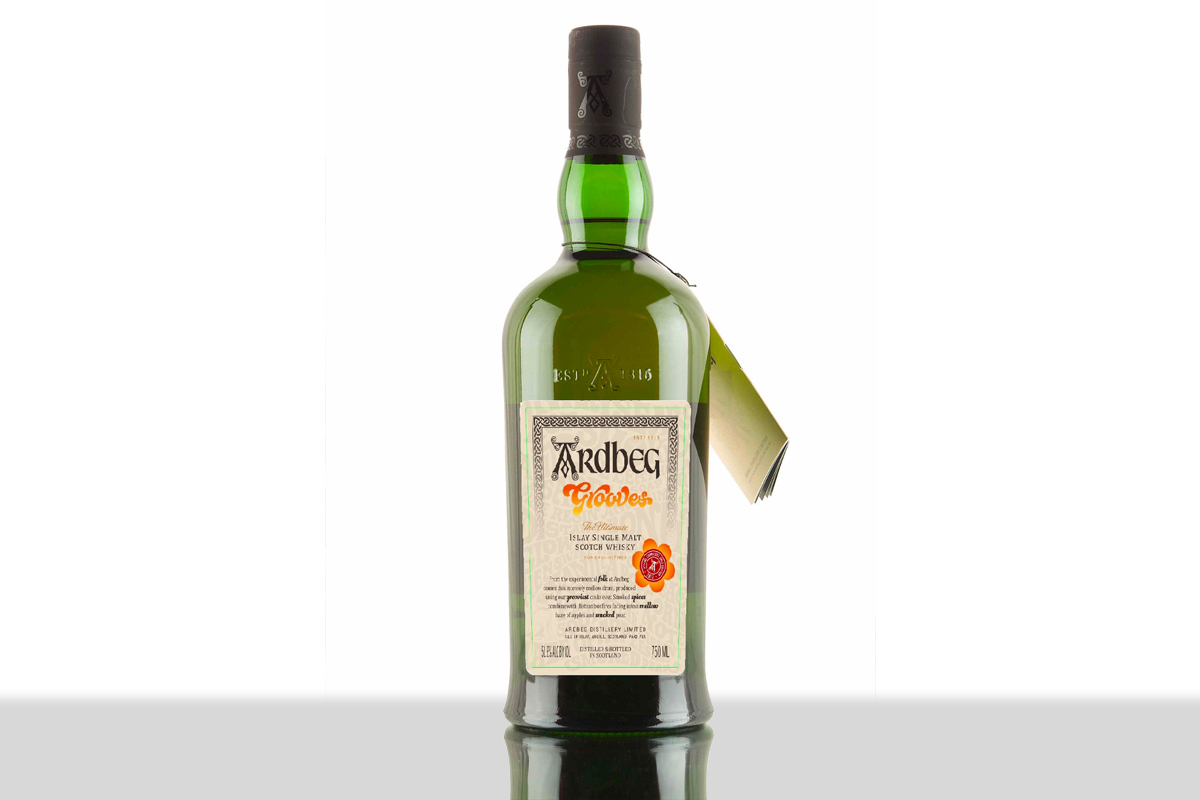 Launched on International Women’s Day 2018, this limited edition whisky features the woman from their first Hedonism bottling. That release marked the first time a woman was featured on a scotch whisky bottle. Jill Boyd, the first female whiskymaker in the company’s history, assisted in creating this whisky. Boyd joined the team in January 2017.

The Muse features grain whiskies from Invergordon, North British, Strathclyde and Port Dundas distilleries, along with a portion of blended grain whisky from an unknown source. Find the “recipe” for the whisky regarding percentages and types of barrels listed on the Compass Box website. The Muse is bottled at 53.3% ABV, a number which reflects the percentage of women in the Compass Box business.

Regarding the release, founder and whisky maker John Glaser comments, “I find it heartening that interest in whisky has only increased among women since I started our company 17 years ago. Nowhere is this more evident than through the makeup of our team at Compass Box today and this diversity of perspective makes us, I believe, a better business.” 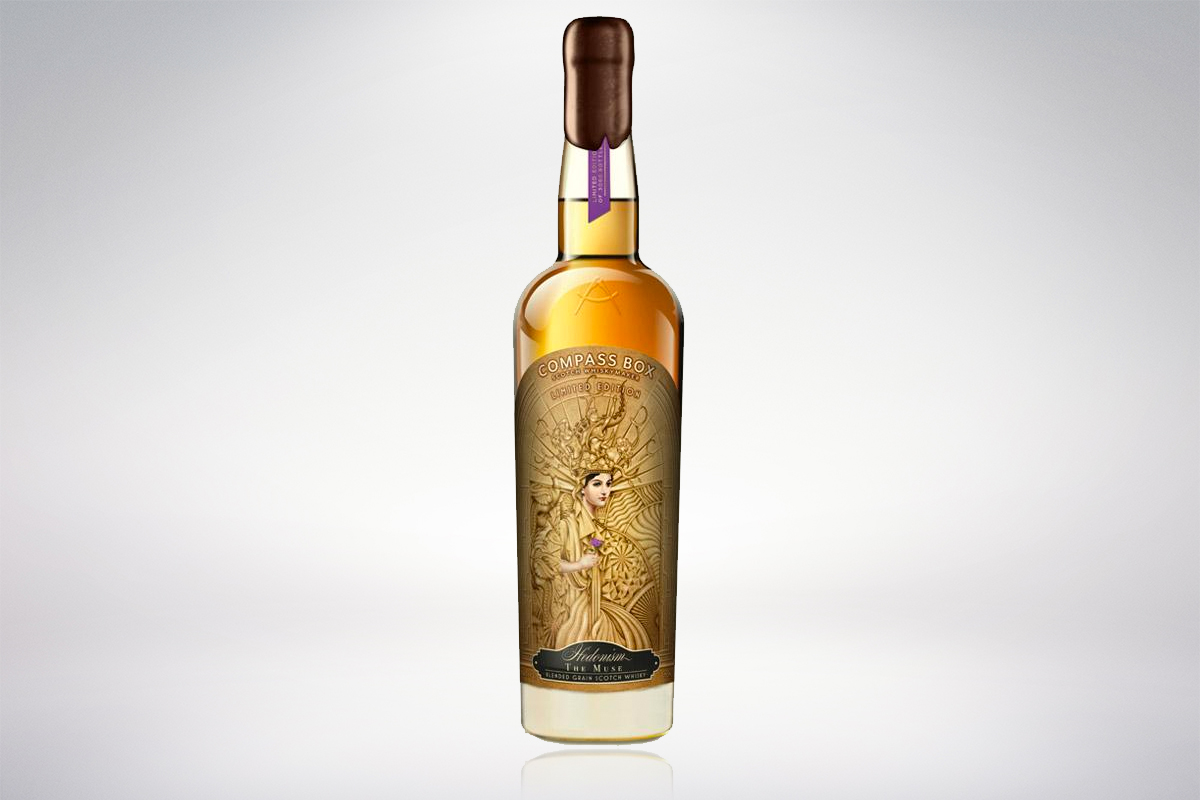 The Signature Series marks a new look for Jura and consists of five bottlings including the already announced Jura 10 Year, released in early 2017. In addition to that bottling, Jura 18 Year and Jura Seven Wood will be available in the US beginning this month. 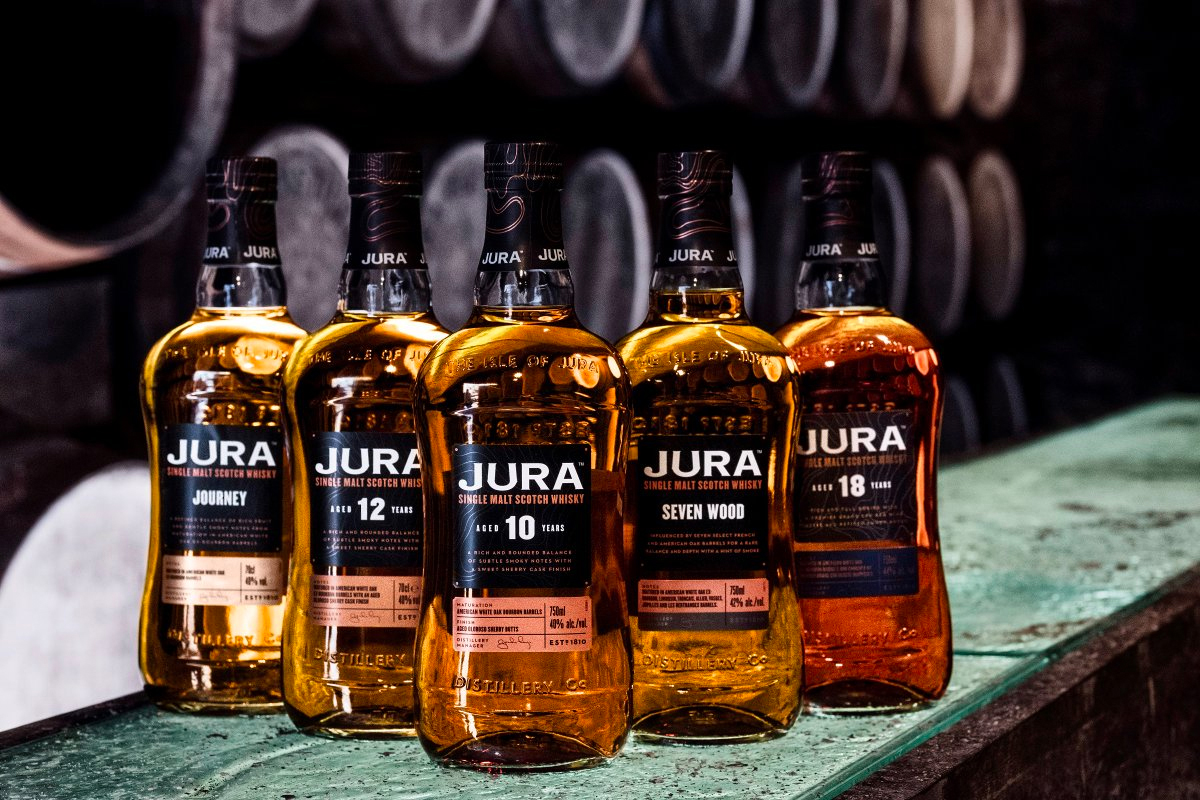 The other bottles in this release are the Jura 12 Year (SRP £45) and the no-age statement release Jura Journey (SRP £33). These will be available in other markets. 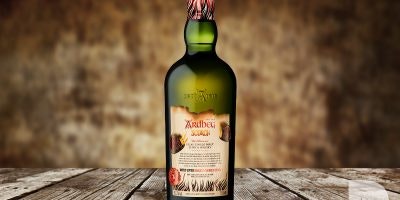 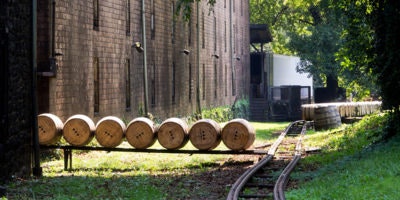