This past July, the Tales of the Cocktail (TOTC) kicked off their festival in New Orleans, Louisiana. At this gathering of industry luminaries, bartenders, and media, the spirit companies took the opportunity to showcase their established product lines along with new releases for the world market. Attendees had the opportunity to visit tasting rooms and events that showcased these new products leading to some interesting discoveries. Many will begin rolling out in the U.S. market in the fall of 2016. Keep an eye out as they are worth tracking down if your travels take you to certain regions of the US and Caribbean.

Dark rum was the talk of the town as Plantation Rum premiered its newest product: Plantation O.F.T.D. (Old-Fashioned Traditional Dark). A collaboration with Master Blender, Alexandre Gabriel, and six of the rum world’s biggest personalities–Jeff “Beachbum” Berry, Martin Cate, Paul McFadyen, Paul McGee, Scotty Schuder, and David Wondrich–led to the creation of this rum. The first meeting for this rum happened in New Orleans during the summer of 2015. Inspired, Gabriel reconvened the group in the winter of 2015 in Cognac, home to the Maison Ferrand estate. Together the panel tasted samples and tweaked blends until they all agreed on the final version. Plantation uses a blend of rums from Barbados, Guyana, and Jamaica to create the rum. Coming in at 169 proof, this product will replace Plantation Original Dark in September 2016.

At the Cream of Craft event, the creators of the Wicked Dolphin rum line, presented two of their newest products. First on deck was their Black Rum. This rum premiered in June 2016 and was designed to be the first “craft” black rum. With a strong molasses and fruit flavor profile this rum is tailored for use in Tiki cocktails or in other dark rum cocktails.

Wicked Dolphin also showcased their first release of their Brewers Series. The distillery partnered up with the Cigar City Brewery to created a limited release. First, they took used bourbon barrels, and aged the rum for two years. Next, they gave the barrels back to the brewery to age their stout in them for ten months. Finally, these barrels were returned back to the distillery where their rum is aged an additional year. At 92-proof, this limited-edition rum presents quite a dynamic flavor profile that is selling out quickly in the Florida market.

Another rum which was available for tasting was Exclusiva from Colorado’s Montanya Rum Distillery. This is a limited release product currently only available in Colorado. The rum is distilled from Louisiana sugarcane in a direct-fire Alembic pot-still. It is aged for two years in American white oak which previously held Colorado whiskey. Then the rum is transferred to French oak barrels that were used to age Colorado wine. Lastly, the rum finishes aging in these barrels for an additional six months. TOTC was the first opportunity for many in the industry to sample the product. With its robust profile many found it to be a true stand out in the American craft rum industry.

Lastly, premiering at the Taste of Gold event, Rational Spirits from Charleston, South Carolina presented its new 141-proof “Cuban Inspired” Rum. Using fermented and distilled molasses the rum is chemically aged with Lost Spirits’ reactor technology. In this rum’s case, virgin American Oak that has been toasted and charred is used. The company uses no additional additives, flavorings or coloring agents to create the rum. The flavor profile is lush and complex with caramel and butterscotch notes. These qualities make the rum a candidate as a strong sipper (beware– it’s 141 proof) or a quality ingredient for a classic cocktail. Try in a Daiquiri or Rum Old Fashioned.

As you can see it was an interesting week full of dynamic new rums to explore over the next year. As you visit your favorite stores or search online, pay special attention to a few trends. Plantation, Don Q, and Foursquare all have vintage year products releasing this year. With their limited availability, you should purchase them when you see them. Also, pertaining to American craft distillers, look out for higher number batches; there are huge differences between say batch 2 and batch 15. Additionally, as the demand for transparency reaches new heights from consumers, look for specific details related to color, sugar and other additives. Most of all, read the age statement closely. There are many “tweaks” happening to labels in the rum industry that are sometimes difficult to spot. Enjoy the hunt and exploration of all the new rums entering the market.

If you’re ready to go rum hunting, bring Distiller along with you to the store! 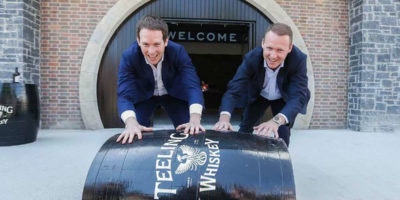