Distiller.com uses cookies that are essential for us to operate the website and that are helpful for us to improve the services. By continuing to browse our website, you agree to first-party and third-party cookies being stored on your device. Learn More About Cookies
Treat Yourself: Premium Irish Whiskey
By Brad Japhe
October 20, 2019
Save

You don’t need Saint Patrick’s Day as an excuse. Year round, Americans are drinking Irish whiskey like never before. Much of that growth is coming from the high-end “premium” segment—that is, bottles priced at $120 and above. According to the Distilled Spirits Council, this particular market has increased by 1106% over the past 15 years. Even a decade ago, drinking Irish meant buying a $20 bottle of Jame-o, or maybe splurging on a $25 bottle of Bushmills.

The popularity of those bottles endures amongst green-dyed partygoers, of course. But the polished connoisseur knows that Ireland is also home to some of the most compelling whiskey on the planet. If you’re willing to make a sizable spend, the Emerald Isle will reward you with a pot of liquid gold. Here are a few examples of premium Irish whiskey to look for at your local liquor store.

You will be hard-pressed to find any single malt scotch at 16 years old that shows the same degree of complexity as does this Irish bottle. The liquid inside is influenced by three separate types of cooperage: ex-bourbon, ex-sherry and ex-port. Its deep mahogany color nearly matches the dark red on the label. In each sip a wallop of tobacco, leather and baking spice—in alternating turns—deserving multiple moments to contemplate.

Because Bushmills only releases it once a year, liquor stores have a hard time keeping it in supply. So if you come across one anytime soon, you just might have the luck of the Irish. SRP $100.

Knappogue Castle is a brand steeped in history. Named after the 550-year-old stone fortress on its label, this is the bottler responsible for one of Irish Whiskey’s most legendary releases: the iconic 1951 Pure Pot Still. At one point this whiskey was available at just two locations in the United States—The Dead Rabbit in New York City, and Tom Bergin’s in Los Angeles.

Since you’re probably not going to find a dram of that premium Irish whiskey anytime soon, the 21-year-old is more than a decent fallback. A marriage of two separate single malts, aged in ex-bourbon, “it drinks more like a scotch,” according to Liz Pearce, owner of The Drifter, a Chicago speakeasy. “There’s notes of black tea, vanilla. And it’s slightly overproof, which means I can enjoy a cube or two in it, without watering it down too much. I love it.” SRP $199.

This one is unique for its notes of tropical fruitiness, which arrive on the nose and stay true through the finish. Pineapple, plantains, and even a whisper of coconut all make an appearance, likely owed to time spent in wood that once held Madeira—a port-like fortified wine. “It’s an incredibly well balanced and smooth whiskey,” notes Odd Strandbakken, Beverage Director at Himkok in Oslo, Norway. “The mouthfeel is velvety and without any sharp sting. An absolute delight to drink.”

Although it was a limited release for St. Paddy’s 2018, it remains attainable, for now. Here’s hoping it makes a return appearance before it becomes scarce. SRP $100.

One of the most elegant examples of a single pot still whiskey, this 21-year-old spirit spent part of its slumber in first-fill Spanish sherry butts—hence the richness. It provides the robust, dark fruit finish that extends endearingly from every sip.

It used to be one of the truly exceptional values in all of whiskey. As word spread, however, its price has been edging northward. Still, it remains a relative bargain even as it approaches the $300 mark. This is liquid of exceptional depth and complexity, aged for over two decades. Imagine the price tag it would wear if it offered the same from Scotland. SRP $249.

Mizunara oak is native to the old growth forests of northern Japan. Exceedingly rare as a barrel source, whisky that ages in it can go for thousands of dollars when it hits the bottle. This one is the first commercially available Irish release to be influenced by the wood. It demonstrates sandalwood; incense-like characteristics commonly associated with the casks. There’s also unexpected cameos from dark chocolate and black pepper, spicing up each sip slightly.

It’s a lot for your tongue to consider, but not so much for your bank account. This is the most affordable taste of mizunara whiskey you’re likely to ever encounter. SRP $120.

When historic Yellow Spot was reintroduced to American markets back in 2012, it almost single handedly created the premium Irish whiskey category. This newest brand extension looks to lift the segment further still. It’s a 15-year-old liquid that spent time in bourbon barrels, oloroso sherry butts, and Marsala casks. During the maturation it picked up rich cherry flavors to go along with a top note of baking spice and brûléed orange. SRP $130.

Although it’s the most moderately priced offering on the list, there is nothing modest about the liquid inside the bottle. A luxurious Irish malt spends over a year finishing in Camus cognac casks on Lambay Island, several miles off the coast of Dublin. There’s more citrus in the sip than you might expect from a single malt. There’s also a touch of salinity, to match.

Perhaps it’s just the power of suggestion, but this whiskey truly seems influenced by its maritime heritage. The elegance of cognac demonstrates itself not just in the color of the body, but in the resilience of its finish. SRP $70.

Although the series has only been out for four years, Midleton’s Dair Ghaelach project has already amassed a cult following. In that time, a supremely limited batch of juice has been bestowed upon the market, shaped in part by hogsheads of Irish oak. It’s a whiskey of distinctive provenance.

Those that love it, can’t seem to get enough. Which is inevitable, since there isn’t really that much to begin with. “Something about the Irish oak is very unique,” observes Ylli Ferrati, who curates the whiskey selection at Fiori D’Italia in Anchorage, Alaska. “The vanilla that it brings is dialed up at cask strength. I absolutely love it.” SRP $280.

Another gem from the Midleton portfolio is its annual Very Rare release. A rounded blend of pot still and grain whiskey, this one ages in ex-bourbon for up to 20 years. But rather than bearing an age statement, the bottle displays a vintage. As the name suggests, a supremely limited allocation (typically under 2,500 cases total) hits shelves every autumn.

“It’s a premium Irish Whiskey that I truly appreciate,” says Jared Bailey, Barman at Soho Cigar Bar in lower Manhattan. “With its rich mouth-feel and incredibly smooth taste it’s tantalizing from the first smell to the last sip. In addition, the bursting flavors of caramel and spice leave a lasting impression that make this whiskey hard to put down.” SRP $210.

Ready to invest in a premium Irish whiskey? 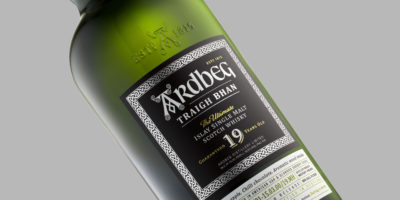 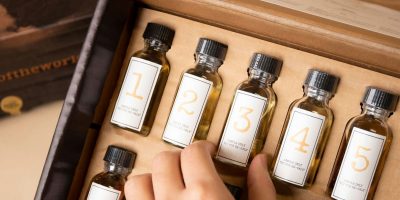