Scotland is littered with distilleries; well over a 130 in total.  However, a small minority of them get the majority of the attention. It’s often the big Speyside producers like Glenlivet, Glenfiddich and Macallan that are in the limelight. This is followed closely by some of the iconic Islay distilleries such as Lagavulin, Laphroaig and Ardbeg. They are important brands that receive the bulk of the marketing budget from their owners. As Scotch whisky enthusiasts we’re spoiled for choice, but many underrated distilleries get lost in the shuffle.

If you look a few tiers below these giants you might be surprised at the output quality of the distilleries you’ve overlooked so far. There’s a myriad of reasons these underrated distilleries haven’t attracted as much notice. Although they’ve flown under the radar—sometimes for centuries—they are more than deserving of your attention. Some are overshadowed by bigger sister distilleries, while others mostly produce for blends, but all are worth your while. Now it’s their time to be in the spotlight.

Founded in 1893, Knockdhu is located just outside of the distillery-dense Speyside region. As a result, many whisky tourists never even make the effort to veer out to this hidden gem. The distillery releases single malts under the brand name anCnoc, as to avoid confusion with the similarly named Knockando. Gordon Bruce, the current master distiller, has a propensity for doing things the sustainable way; he has managed to reduce the distillery’s energy consumption by 35% over the last 10 years.

Knockdhu is one of the least automated distilleries in Scotland. The traditional, hands-on approach and sulphury new make spirit (the effect of a little reflux during distillation and the use of worm tubs as condensers) results in a single malt that’s vibrant at a young age, but also ages very well. The core range of 12, 18 and 24-year-old expressions can go up against almost any other distillery.

Glengyle is a tiny distillery in Campbeltown, the smallest whisky region of Scotland. The only reason it exists is because the Scottish Whisky Association (SWA) contemplated absorbing Campbeltown into the larger Highlands region. Adding Glengyle in 2004 upped the total distilleries to three, the same number that the Lowland region had at the time. Therefore, this essentially negated the SWA’s argument.

This distillery is more than just an anecdote. While larger brother and cult distillery Springbank gets most of the attention, Glengyle produces a similar style of whisky. In fact, the distilleries share a malting floor and staff. Its 12-year-old is one of the best entry-level whiskies in the industry, and one of many reasons it made our underrated distilleries list. When on the lookout for this single malt, keep in mind that the whisky made at Glengyle is named Kilkerran, because a different party owns the Glengyle trademark.

You’ve most likely heard of Dalmore, the uber premium Scotch whisky that regularly makes headlines for its exclusive, expensive and record-setting releases. Sister distillery Fettercairn can only dream of such accolades, even though it has been around for nearly two centuries. However, that might change now that owner Whyte & Mackay has put some thought into creating a new range of Fettercairn single malts aged between 12 and 50-years-old.

Beyond that, Fettercairn is a quirky distillery with interesting tidbits that set it apart from its contemporaries. For example, it is the only distillery in Scotland with cooling rings attached to the outside of its pot stills. These rings spray cold water down the sides of the still—aiding reflux in the process. Between 1995 and 2009, the distillery also used stainless steel condensers (copper is the norm), which added a different character to the whisky. Far from a dime a dozen, Fettercairn deserves to be explored.

Founded during the peak of the late-Victorian whisky boom, Aultmore is an important part of Dewar’s blended Scotch whisky. Not many would know this, because big brother Aberfeldy is actually marketed by owner Bacardi as the home of Dewar’s. However, when Bacardi was in talks of acquiring Dewar’s from Diageo, it is very telling that they were willing to walk away from the deal if Aultmore wasn’t included.

Aultmore is revered by blenders—who rank it Top Class—but it never had much of a single malt presence up until 2014. That is when Aultmore was relaunched as part of The Last Great Malts of Scotland campaign. Aultmore stands out even from other underrated distilleries in that it now has a high-quality core range of 12, 18 and 21-year-old expressions. Even so, it is regularly overlooked by whisky enthusiasts, while owners Bacardi have generally diverted more attention to some other distilleries in their portfolio.

Glenglassaugh lay silent for over two decades. It was saved from oblivion in 2008 and bought five years later by the same consortium that already owned GlenDronach and BenRiach. Those two distilleries have a pristine reputation, large following and plenty of aged stock to boot. As a result, Glenglassaugh fell to the wayside a bit, even though it produces a very singular, individual single malt.

Over a decade since it restarted, Glenglassaugh‘s whisky is coming of age and poised for a breakout. Some young single casks show huge potential, while the quality of the core range has gone up since those early years. It remains to be seen when current owners Brown Forman will give Glenglassaugh a much-deserved push, but when they do it can finally break free from the underrated distilleries list.

Ready to grab a bottle from one of these underrated distilleries? 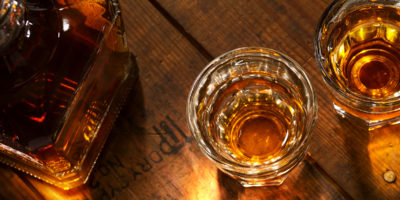 Whiskey Explained…Or is it Whisky?
However you spell it, we’ll explain why it truly is the water of life. 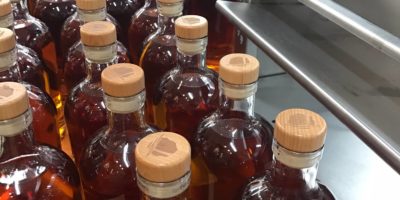 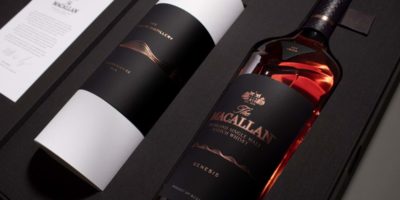