Distiller.com uses cookies that are essential for us to operate the website and that are helpful for us to improve the services. By continuing to browse our website, you agree to first-party and third-party cookies being stored on your device. Learn More About Cookies
Vermouth Styles: What You Need To Know About This Classic Drink
By Stephanie Moreno
March 13, 2021

Once upon a time one bought a French vermouth (Noilly Prat) if you wanted to make a Martini and an Italian vermouth (Martini & Rossi) if you wanted a Manhattan and that was that. But as with other spirits categories, once 21st century bartenders started using quality ingredients in cocktails, vermouth has had a renaissance. If you’re interested in stocking your home bar, you’ll want to be sure to stock up on a variety of vermouth styles.

The trouble for the layman shopping for vermouth is figuring out what’s inside the bottle. The bottles offer up some idea of what’s inside, especially if you know a little French or Italian. Otherwise, the labels can be tricky to understand. But don’t worry–we’ve got a little vermouth primer for you which helps to explain the category and its styles.

Before we get into the different vermouth styles, we should begin with explaining what vermouth is (and what it isn’t). To begin with, vermouth is not a spirit, rather it’s an aromatized wine. But what does that mean? First, it’s a type of fortified wine. That means that brandy or another type of spirit is added to the wine to “fortify” it; it’s a method used to extend the life of a wine. Other types of fortified wines you might’ve heard of–especially if you’re a whiskey fan–include sherry, port, and Madeira.

Vermouth differs from these other fortified wines in that it is also flavored with things such as herbs, spices, fruits, roots, and other botanical ingredients thereby “aromatizing” it. For vermouth, the primary bittering agent according to the EU must be Artemisia genus. For most producers, Artemisia absinthium (more commonly known as wormwood) is the go-to. In fact, the use of wormwood is how vermouth got its name, but for some reason the EU doesn’t require this specific species–any in the genus is fine.

By the way, the US regulations only require that vermouth be an aperitif wine that has “the taste, aroma and characteristics generally attributed to vermouth.” There’s no mention of Artemisia anywhere, so many US producers leave it out.

There isn’t a specific criteria for how vermouth is made, but there are some generalities to know. Of course, you’re going to need wine. Vermouth must be at least 75% wine, according to the EU. This is sourced (unless a winemaker decides to make their own brand of vermouth). The vermouth is fortified, typically with brandy or beet sugar distillate. Grape must or partially fermented grape must (Mistelle wine) can be used as the sweetener. Sugar is also fine. In fact, the color is often obtained by caramelized sugar, not the type of wine itself.

As for the botanicals, they can be added at any point via maceration or distillation, or both, either to the wine or to the spirit used to fortify the wine. Some producers age part, or all, of their vermouth, usually for just around a year or two. This is not required for any of the vermouth styles, however.

Furthermore, its alcohol-by-volume (ABV) ranges from 14.5-22%. You can expect most here in the States to meet these qualifications. Most vermouth producers are secretive with regards to their exact recipes and methods of production, but occasionally a brand will be open with this information. Expect more transparency from newer brands, especially in the US.

In older cocktail books, you may see French or Italian vermouth being called for. In this case, you would use dry (white) vermouth for French and sweet (red/rosso) vermouth for Italian. These days, classic brands such as Noilly Prat and Martini & Rossi make a range of styles.

Often vermouth will be noted for its color, but more important is the sugar level of the vermouth. The more dry a vermouth is, the less sweet it is. Generally, pale-colored or off-white colored vermouth is drier than amber-colored. Red vermouth is even more sweet than amber. Stylistically, bianco is a semi-dry vermouth that is clear or amber-colored. Keep this in mind when reading cocktail recipes as some will call for a color rather than the sweetness level. They are used interchangeably.

Also, it may interest you to know that most vermouth is made with white wine, even red vermouth. Although there are some outliers using red wine in red vermouth production, more often than not, the coloring is added via caramel-coloring which is allowed for any style. For this reason, ordering by color isn’t a perfect system. The amount of sugar in each category below is a better indication of the sweetness levels:

Some French vermouth producers you should know include the aforementioned Noilly Prat, Dolin Vermouth de Chambéry, and La Quintinye. As for Italian producers, aside from Martini & Rossi you should know about Carpano, Cocchi, and Cinzano. These brands make a range of vermouth styles from dry to sweet.

This isn’t set in stone, but typically amber vermouth will be semi-dry or semi-sweet and have an amber color. Noilly Prat Ambré and Martini & Rossi Speciale Ambrato are fine examples to seek out.

As sherry wines are already fortified, it’s not a big surprise to see sherry-based vermouth hitting shelves. Lustau or González Byass are brands to add to your to-do lists (for sherry too!).

As pink is still in, there are now pink-colored vermouth. Stylistically speaking, the sweetness levels will generally lean more towards semi-sweet or sweet. Martini Rosato Vermouth and Lustau Vermut Rosé are notable bottles.

There are other types of aromatized wines such as Chinato/Quinquina and Americano. But those types feature quinine and gentian as the primary bittering agents, respectively. They are both very tasty wines and useful in cocktail making, but they are not vermouth. Dubonnet and Lillet are other famous aromatized wines, but again they aren’t vermouth.

Although its original use was for medicinal purposes and later to aid in digestion, vermouth became popular as an aperitif in cafes as early as the early 1800s. Its use in cocktails can be traced back as early as the late 1800s with the popularity of the Martini and Manhattan. And although vermouth fell out of fashion both as an aperitif and in cocktails in the mid to late 20th century, it has certainly made a comeback today.

Drinking vermouth on the rocks with a twist (splash of soda optional) is a fine way to spend the afternoon. Do yourself a favor and try drinking sweet vermouth with olives and/or chips to snack on for a yummy sweet, salty snack situation. As for making cocktails, if you’re truly wanting to stock your home bar with the essentials, you must have at least one type of vermouth on hand.

A final word on vermouth has to do with its lifespan. As we mentioned at the beginning, vermouth is not a spirit, but a wine. Although it is fortified to help with its preservation, once opened you will want to use vermouth within a few weeks. It won’t go “bad” necessarily, but over time it can become a bit dull and oxidized changing the flavor. Still, if you’re concerned it wouldn’t hurt to use Private Preserve to help with freshness.

Also make sure to keep it out of direct sunlight, opened or not. Do yourself a favor and keep it in the fridge. That’ll help whether you’re drinking as is or mixing in a cocktail. Many brands will offer a couple of different sizes, so if you find that you don’t use vermouth very often, buy it in the smaller size. And for you cooks out there, don’t forget you can use vermouth as a substitute for red or white wine. Just remember to consider the sweetness levels.

Now that you know all about vermouth styles, it’s time to grab a bottle for your next cocktail. 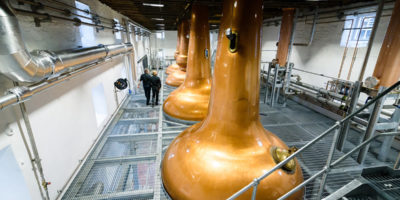 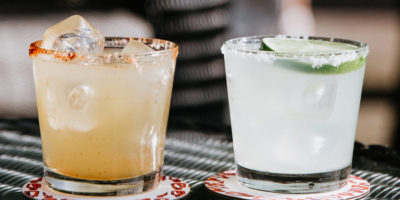