The Debate Over Terroir Rages Away on Islay

Islay, home to so much of the world’s favorite whisky, has a debate raging. In one corner stands the likes of Bruichladdich, big believers in the smallest details of terroir, barley varietals, field locations, on-site barrel warehouses and all the rest. On the other end of the spectrum are the likes of Lagavulin and Caol Ila, Diageo’s two Islay distilleries, who may acknowledge the mystique of a particular locale but otherwise toss the whole terroir concept out the window.

Is terroir in whisky real? Or is all that talk of the salt, sea and windswept environs of Islay nothing but (peaty) smoke and mirrors? On the other hand, if whisky terroir is real, particularly in a place such as Islay, why do some seriously important folks say that it isn’t?

First, let’s start with the pro-terroir team, spearheaded by Bruichladdich. Their tagline is “terroir matters,” so yes, you could say they’re believers in the concept. “We’re actively talking about terroir,” says Adam Hannett, who took over as Bruichladdich’s head distiller after Jim McEwan stepped away.

They’re the only major distillery to use 100% Scottish barley, and they go more local than that. They also work with 17 different farmers on Islay, who collectively are producing 30% of their barley straight from the island, with plans for more.

That’s right—most of Islay’s whisky is not, in fact, matured there…

“One day, when you have 100% Islay whisky, I told you about it,” says a giddy Hannett. Ideally, Bruichladdich would eventually be able to handle all aspects of production from start to finish, including 100% Islay-grown barley and 100% on-site floor malted barley. “It’s always been the dream, to make whisky from the same soil we’re on is very important.” 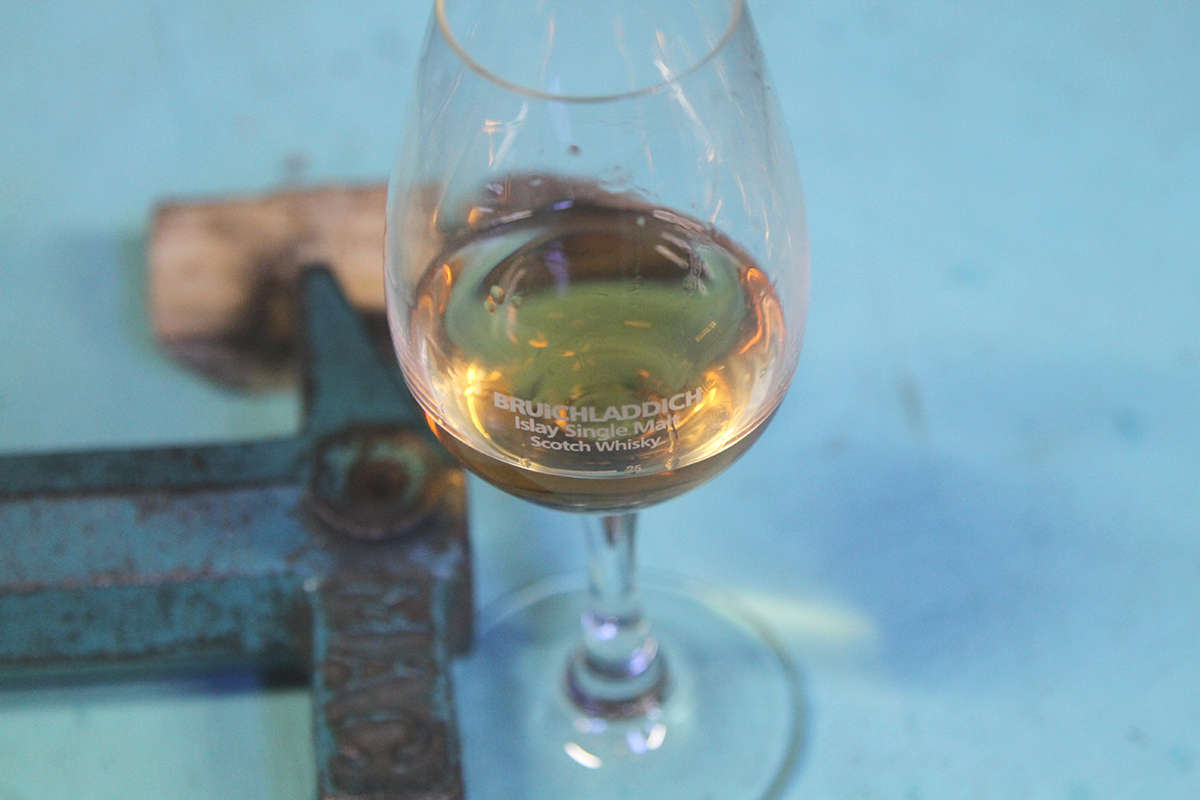 Hannett and Bruichladdich believe that specific barley varietals, and even barley grown in different fields, will produce different flavors that could then be specifically prioritized or optimized. “We’re interested in different flavors, and where that barley comes from,” he says.

This differs from other producers, who care first and foremost about barley yield and maximizing production from the grain, while viewing the resulting flavor as consistent regardless. That’s not the case for Bruichladdich. “Most only care about the yield,” says Hannett. “But it’s not about efficiency, it’s about flavor.”

Skeptics, particularly those from the big producer camp, will say that all of this is marketing lingo. Hannett counters the point while acknowledging that hey, there’s nothing wrong with a compelling story. “All the things that we do are ‘good stories’ but the whisky has to be good or it doesn’t matter,” he says.

In the anti-terroir camp, you have respected industry leaders such as Dr. Nicholas Morgan, head of whisky outreach at Diageo, and Georgie Crawford, Lagavulin distillery manager. The two even participated in a spirited debate of “Malt Whisky and Place” several years ago, along with McEwan, who was still in charge of Bruichladdich at that time.

Dr. Morgan gives a big thumbs down to the notion of terroir. Yet, “place” is still hugely important to him, for everything from water supply to peat source. How can place be important, but not terroir? 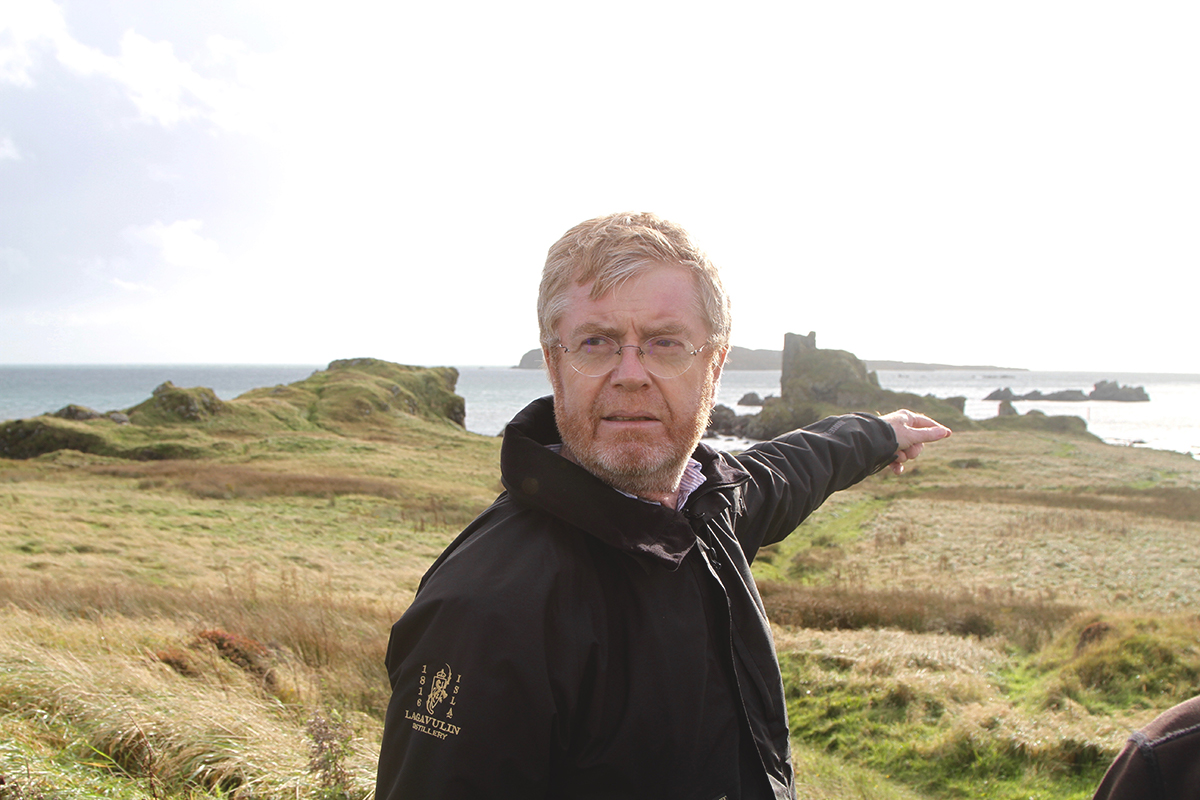 More or less, he believes that too much of the unexplainable is being attributed to terroir without enough supporting evidence. For Dr. Morgan, there’s an irreproducible mystique and character with the location, machinery and humans behind any distillery’s operation, it’s just not “terroir.” Dr. Morgan, along with much of the Scotch industry, also doesn’t believe in the idea that using different yeast strains produces substantially different flavors in fermentation—but that’s a debate for another day.

“Part of it is your heart, part of it is science,” says Crawford, of a particular distillery’s production. She finds herself more in the middle of the terroir debate, though. “There is terroir in whisky, but it’s in the peat.” The composition of peat offers a range of potential flavors, with for example, the heather-infused peat used by Highland Park in Orkney differing greatly from Islay peat.

Even the idea of the salty sea air blowing over the warehouses of Islay and infusing the whisky with that unmistakable Islay quality is, well, also very much up for debate. Bruichladdich believes in it, and all of their whisky is aged on Islay. There are other warehouses on Islay too, from Bowmore’s historic No. 1 Vault, to the old Port Ellen warehouses. But by far, the bulk of the island’s whisky does not reside on the island. That’s right—most of Islay’s whisky is not, in fact, matured there, a surprising fact for many drinkers to learn. 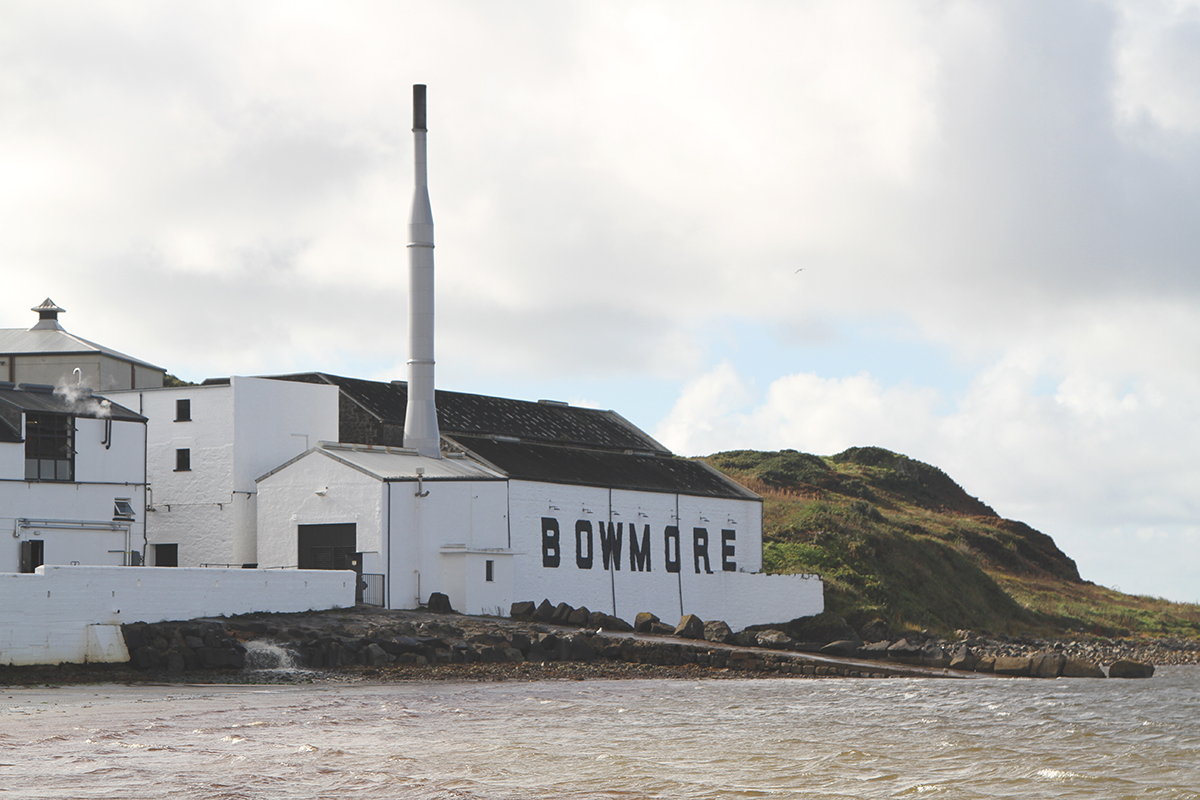 So who’s right and who’s wrong? It’s not that simple. It makes sense that large distilleries, owned by even more massive conglomerates, prioritize efficiency and consistency. And that juice they’re making over at Lagavulin and Caol Ila seems to turn out alright, doesn’t it?

Meanwhile, it makes just as much sense that other, smaller producers are seeking to differentiate themselves from the crowd while looking to exploit ‘inefficiencies’ in the quest for, yes, a good story, but also unique, quality-driven results.

They’re just going to have to agree to disagree. Let the debate rage on.

Regardless of your opinion on the subject of whisky terroir, you’re probably thirsty for a pour! 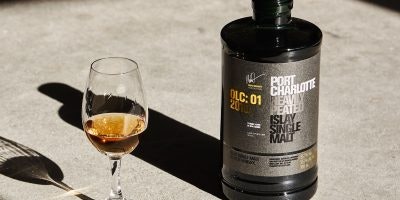 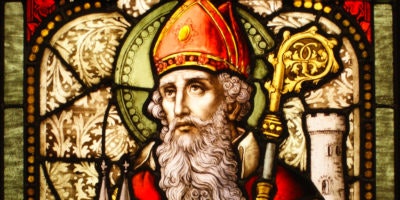 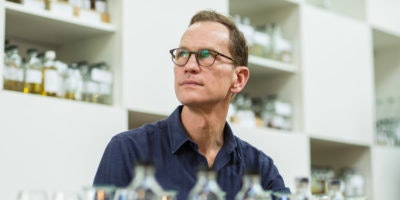