February is coming to a close. And although it’s a short month, February hasn’t been short on new releases. We were excited to hear about the new four-grain bourbon, Balcones Texas Pot still, which is to be a permanent addition to the Balcones lineup. Meanwhile, Woodford Reserve revealed the upcoming Kentucky Derby commemorative bottling.

In Scotch whisky news, a couple of single cask releases distilled in the 1970s are forthcoming from Benromach. And if you’re a fan of Compass Box, you’ll be pleased to hear about the brand’s upcoming blended malt. It pays tribute to a gone but not forgotten whisky from the brand. As always, the name and bottle design are worth checking out. Find the details below for these releases and more in this week’s new booze news for the week of February 22, 2018!

Announced this week, Balcones Texas Pot Still Bourbon is made from a four grain mash bill of roasted blue corn, Texas wheat, Texas rye and malted barley. This straight bourbon ages for 24 months in new charred barrels. Bottled at 46% ABV, this release will be limited to Texas, Florida and California initially before expanding to other markets. SRP $29.99. 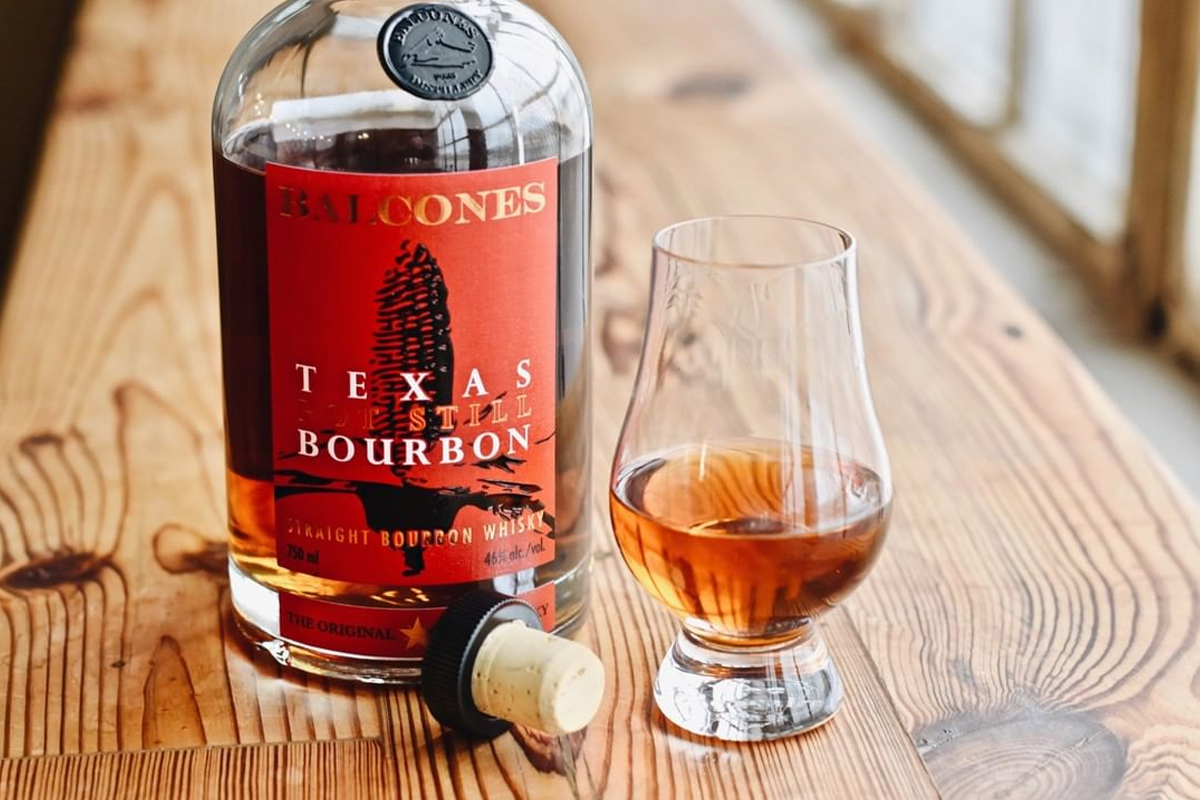 This Phifer Pavitt Reserve Bourbon is the first release for Bardstown Bourbon Company (BBCo.) under the brand’s Collaborative Series. It’s made in partnership with Napa Valley’s Phifer Pavitt Winery which supplied the cabernet sauvignon wine barrels for the bourbon to finish its aging. BBCo. took 9-year-old Tennessee straight bourbon and aged the whiskey in these French oak wine barrels for 19 months further. This limited edition release is set for a spring 2019 release. SRP $125. 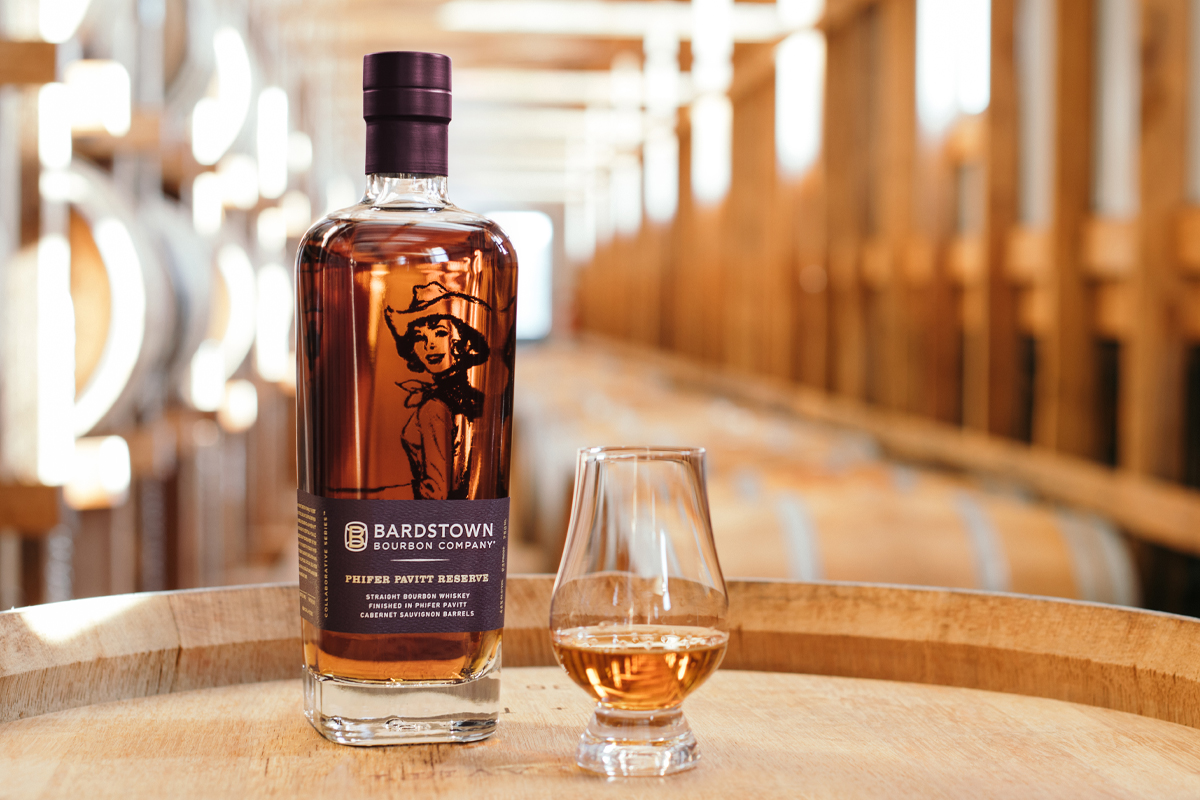 This limited edition bottling of Woodford Reserve Bourbon commemorates the running of the 145th Kentucky Derby. Like the previous year, it features the artwork of Louisville artist Keith Anderson. Since 2007, Anderson has worked at the Bourbon Street Cafe, a private dining room at the Brown-Forman headquarters. This year’s release also marks the 20th anniversary for the Derby bottles. This bottling will be available beginning March 2019 with an SRP of $43.99. 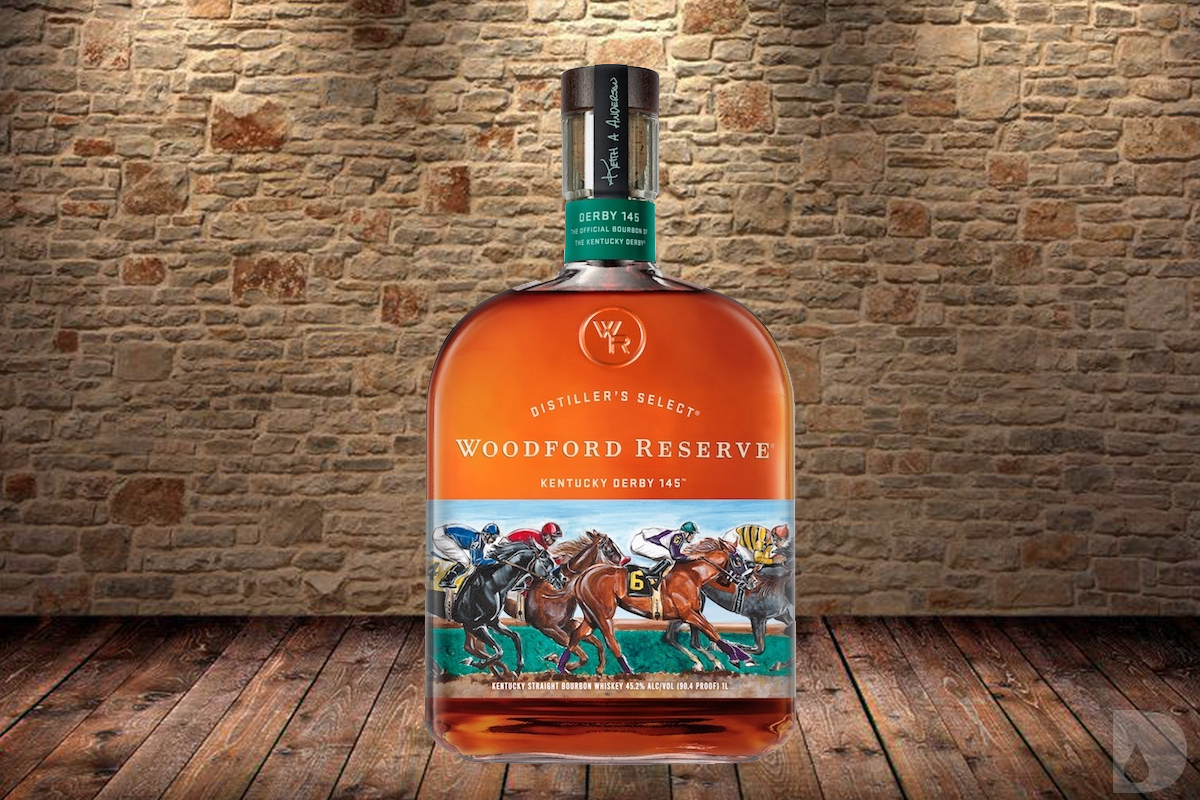 The new limited edition bottle for Buchanan’s 12 year was created by global Latin music artist J Balvin. The brand first partnered with Balvin in 2016 for its Es Nuestro Momento campaign. The Scotch whisky brand has long been a favorite in many South American countries.

“I am so proud to have had the once-in-a-lifetime opportunity to create a special pack design with Buchanan’s Blended Scotch Whisky—a brand that has supported my career and the Latin community for years, and an iconic whisky enjoyed by so many,” says Balvin. “I drew inspiration from the colors and vibrancy of Latin culture for the design, and I hope it makes people proud of everything we continue to accomplish and contribute.” 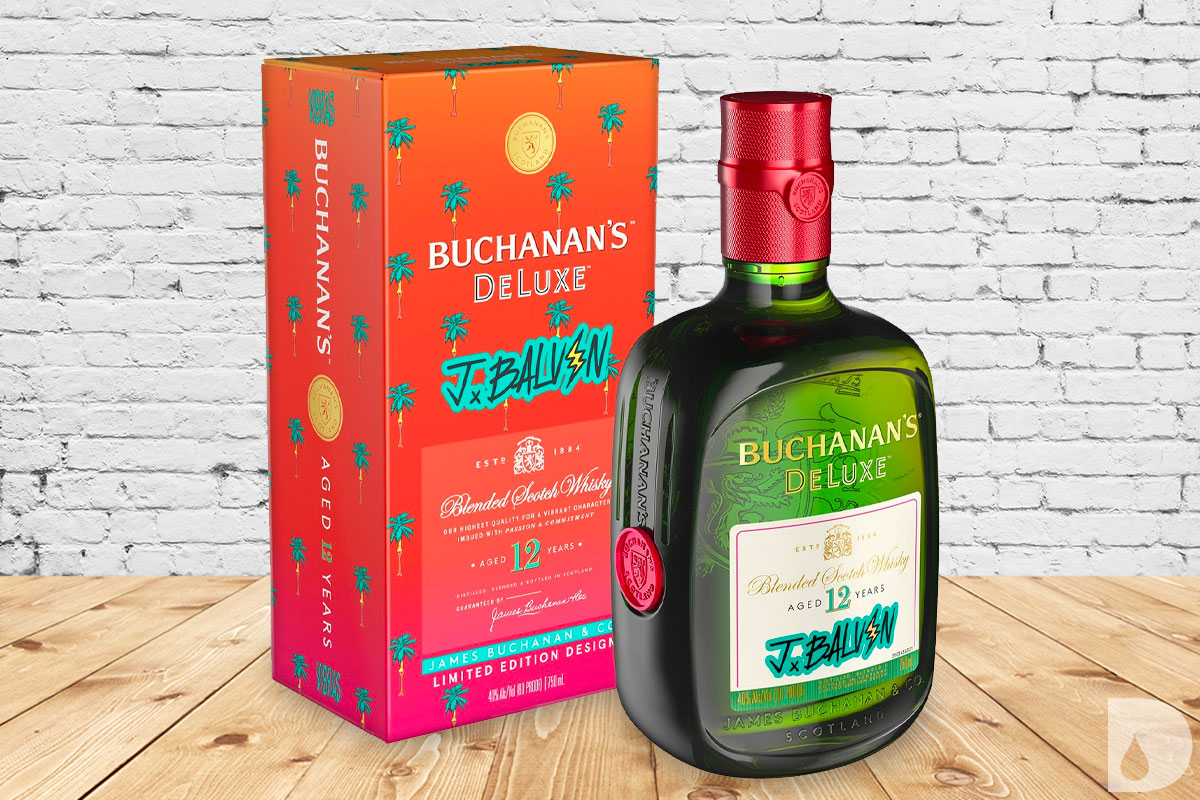 Released in February 2019, Compass Box Tobias & The Angel is a blended malt inspired by the brand’s first blended malt (called vatted malt then), Eleuthera, which was retired in 2004. Similarly, Tobias & The Angel also blends Clynelish and Caol Ila single malts together. The Clynelish is 24-year-old and aged in American oak hogsheads. It is 50.9% of the blend. The remainder from Caol Ila is “considerably older” and it too aged in American oak hogsheads.

The name and imagery from the bottle were inspired by the Italian renaissance painting Tobias & The Angel c. 1470. It was painted by artist Andrea del Verrocchio (and likely others including Leonardo di Vinci, who art historians claim painted the fish and the dog). Currently housed in the National Gallery in London, the painting tells the apocryphal story of Tobias after meeting archangel Raphael. The angel has a cure for Tobias’s blind father which involves the fish he just caught. 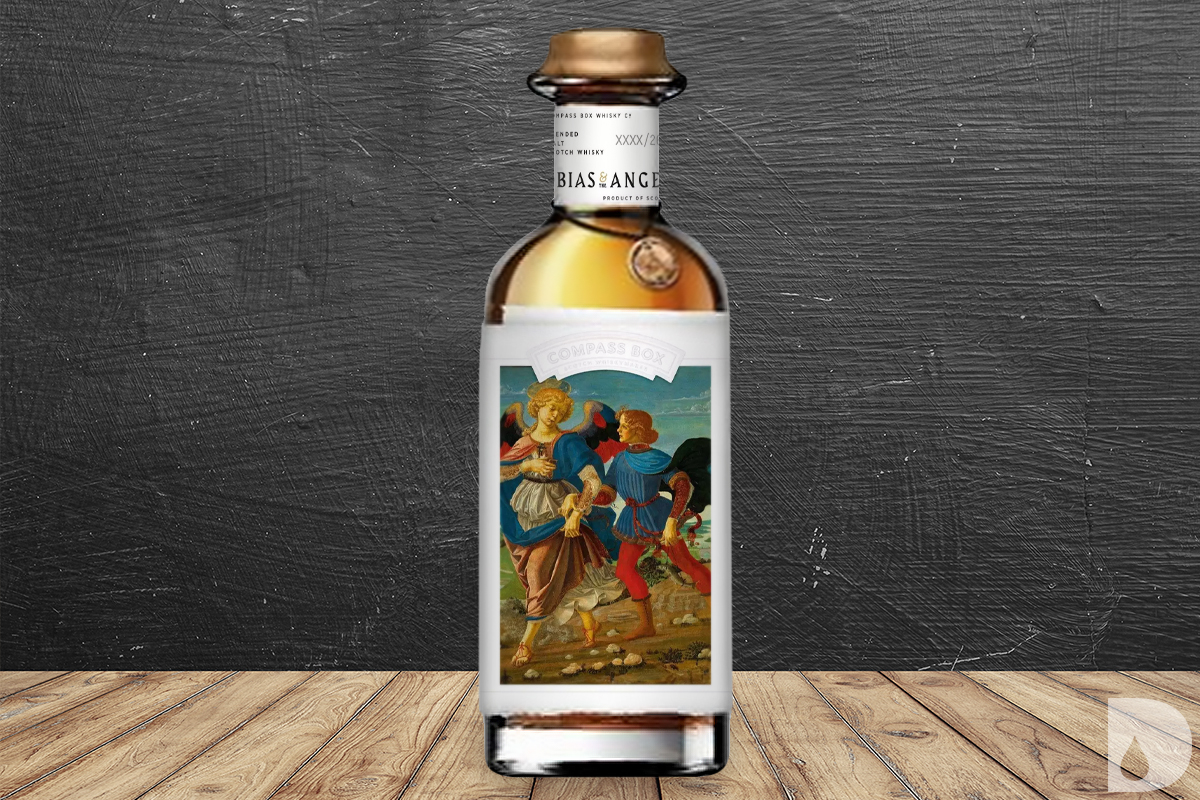 GlenDronach Master Vintage 1993 25 Year matured in a combination of oloroso and Pedro Ximenez sherry casks. It was created by master blender Rachel Barrie and was bottled without chill-filtration at 48.2% ABV. It is available globally beginning in February 2019. However, the US will receive its allotment in October 2019. SRP £250 (~$325). 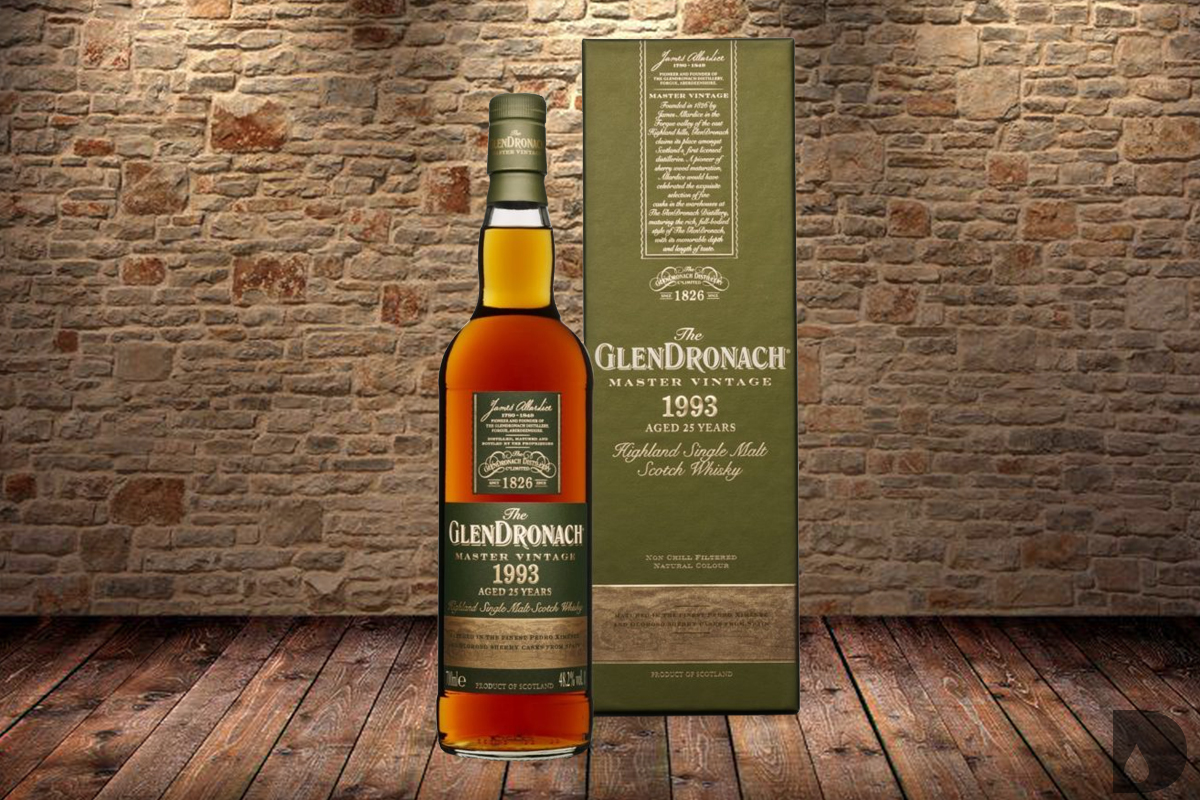 Released in February 2019, these Benromach Heritage Single Cask releases were each distilled in the 1970s. The 1977 release (SRP £1250) matured for 41 years while the 1972 release (£1500) aged for 46 years. Both single malts aged in refill American oak hogsheads and were bottled in 2018. As they are each single cask releases, the number of bottles produced is small—122 and 75 respectively.

“We’re proud to build on the popularity of previous Benromach vintage releases from the 1970s with these unique single cask bottlings that represent different moments in time from the distillery’s rich history,” says Keith Cruickshank, Benromach distillery manager.

“Through careful monitoring and regular sampling throughout the maturation process, these remarkable releases have been aged to over 40 years each. Both golden amber single malts are brimming with fruity flavors and subtle oak notes. The release of these vintage expressions is an outstanding start to an exciting year for Benromach.” 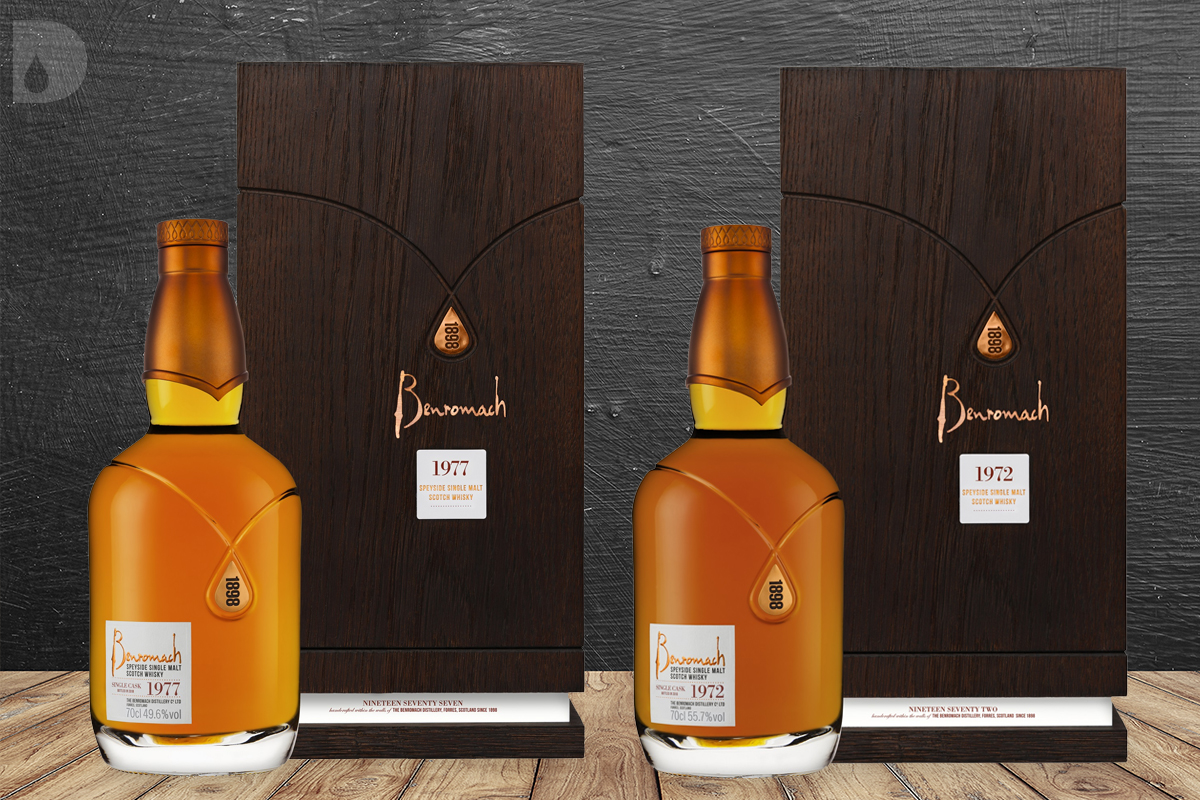 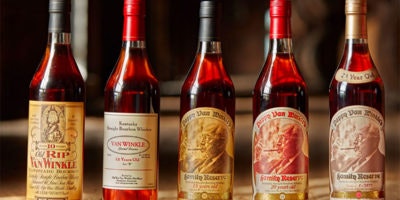 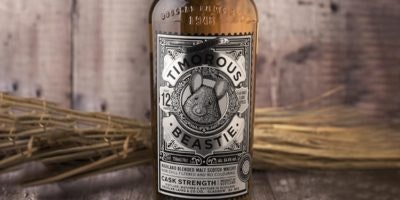 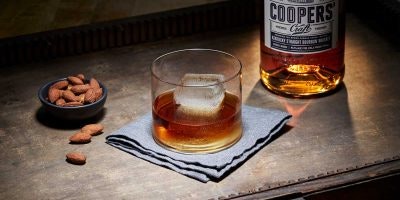