Distiller.com uses cookies that are essential for us to operate the website and that are helpful for us to improve the services. By continuing to browse our website, you agree to first-party and third-party cookies being stored on your device. Learn More About Cookies
Port Ellen Maltings
By Jake Emen
May 23, 2018

Peat. The magic stuff imparts its wonderful signature flavor and aroma to many of your favorite Scotch whiskies. No type of scotch is more closely associated with a peaty profile than what’s made on the island of Islay. Behind the scenes on little ol’ Islay, one single facility is responsible for much of the peated malted barley used across the island – Port Ellen Maltings.

The name Port Ellen is an important one for whisky fans who are enamored with the defunct distillery’s remaining whisky stocks and super-exclusive releases. (Ed. note: It was announced in October 2017 that Port Ellen Distillery is reopening with production to begin in 2020.) But while the distillery closed in 1983, the maltings house, opened in 1973, lives on. The Diageo-owned facility provides its peated malt to seven of eight Islay distilleries, with Bruichladdich being the sole exception.

Even the Islay distilleries who take pride in performing their own floor maltings on-site still acquire somewhere between 75 and 90 percent of their peated malt from Port Ellen. That makes it a singularly important player in the production of Islay whisky.

From the Bog to the Maltings House

In today’s world of whisky geekdom, phenol levels as measured by PPM (phenol parts per million) are intricately tracked and debated. Of course, hundreds of years ago that was far from the case. Peat was never even originally used for flavoring at all. Rather, it was simply the abundantly available fuel which was on hand for all types of fires and heat. So when barley needed to be dried it was the logical go-to material for the job.

Luckily, despite some rumors to the contrary, there’s enough peat on Islay to last near indefinitely. “Islay will never run out of peat, it’s everywhere,” explains an exuberant Iain McArthur. He’s spent more than four decades in the industry and is today a prominent face of Lagavulin, which sources its peat from the Castlehill peat bog on Islay.

It’s easy to take McArthur at his word after seeing a peat “bank” in person. Each of these numbered lots is only 120 yards long, and each season, just two rows of peat bricks are cut down the length of that 120-yard distance. Even with dozens of numbered banks on the island, it’s hard to envision this rate of usage ever depleting Islay’s rich peat stocks.

Islay will never run out of peat, it’s everywhere.

The different types of peat

All peat isn’t the same, either. First, there’s black peat, found nearest to the water level with more oily compounds and closer to charcoal in terms of its burning qualities. Then there’s the top layer of brown peat, which has more vegetation. And then there’s the middle, called caff, more akin to soil. A mix of all three types may be used to stoke a fire.

After being cut, the peat blocks are stacked and left to air dry for six weeks. Then they’re hauled off to Port Ellen, which is actually the largest building on Islay. Within the facility is a load of appropriately mammoth machinery. Notably, there are eight 25-ton steeping tanks, along with the largest germination drums in Europe, if not the world. These monstrous cast iron beasts have enough capacity to hold two steeping tanks worth apiece.

Every two weeks, the Islay Trader vessel drops off 1,600 tons of barley to the facility, predominantly Concerto. This is due to its high starch levels and therefore high distillation output. A multi-phase steeping process brings the moisture content of the barley up to 45% over a period of approximately 42 hours.

It’s then transferred to those germination tanks, where they’re left for approximately 100 hours to begin germinating, with the white chit emerging from each individual grain. Then it’s time to cut off that germination – we’re here to drink whisky, not sow fields – and that’s where the peat finally comes into play. 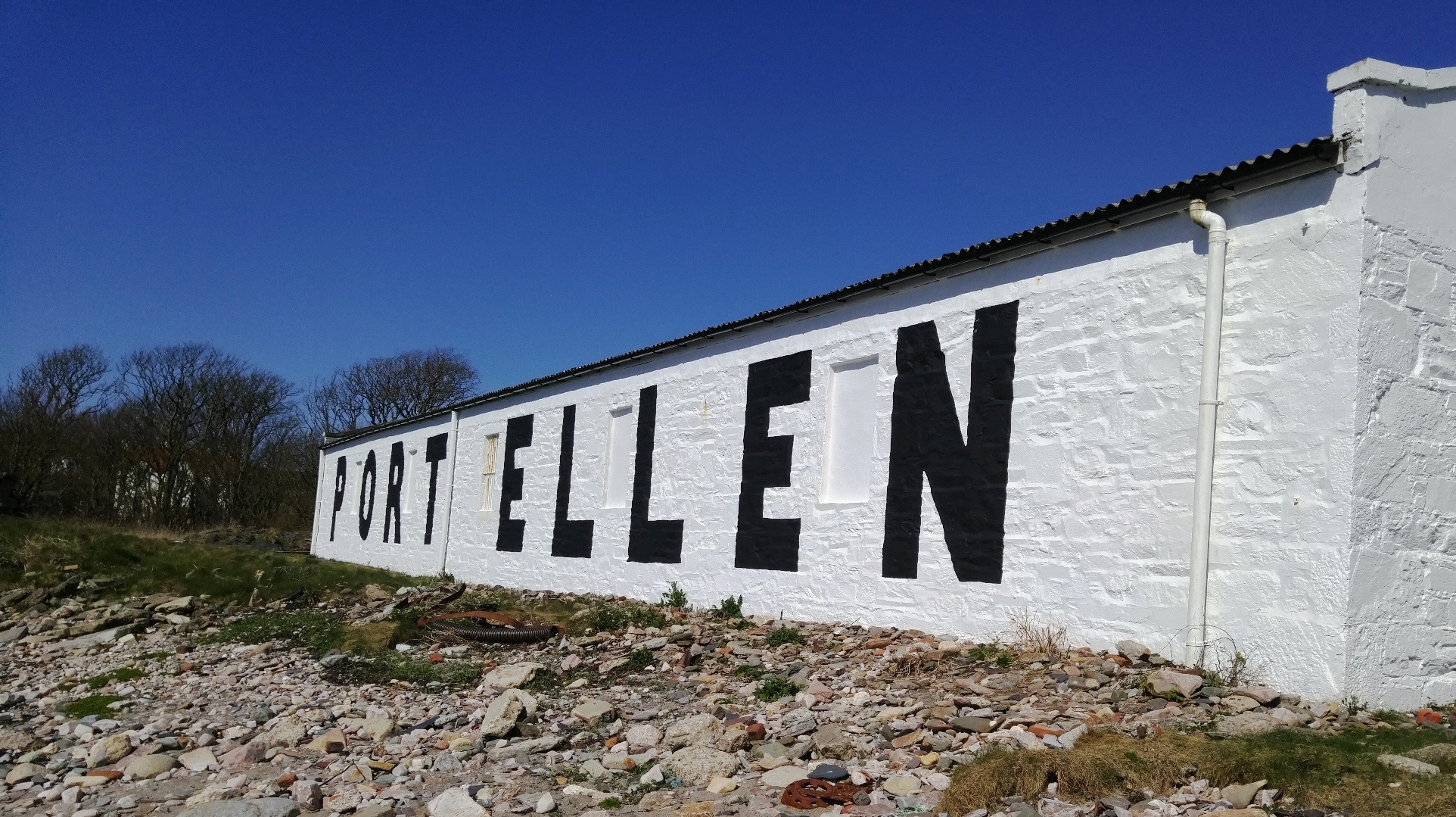 “This is Islay,” says Colin Gordon, the site operations manager, as he unveils the kilning room at Port Ellen. Orange embers of peat are busy sending wafts of smoke to a chimney, the barley above and within awaiting to soak up all of its lovely essence.

Port Ellen kilns six tons of peat per batch, and they complete about 11 batches per week. They’re essentially maxed out on their production with a 24/7 cycle.

The first step of the kilning process is known as the low burn, lasting for 16 hours. Flavor is the name of the game here, not drying. That’s why it’s also called “free drying”, because it’s more of a byproduct than a goal. This the only time when peat is actually utilized, as after this period the barley is not actually able to further absorb phenol compounds. The second phase, known as “force drying,” lasts for a further 14 hours, and this is where higher heat is used to purposefully dry out the barley.

What controls the actual PPM level is essentially the ratio of peat to barley. More time doesn’t impart higher PPMs, because as mentioned, there’s a finite period where the barley accepts the compounds. Therefore, it comes down to controlling that peat:barley ratio. Further, fresh-cut peat is known to provide the most phenols.

On a batch to batch basis, it may be impossible to produce an exact PPM level. As such, they measure the result after the process, and may combine and blend with different batches.

Each brand provides their own specifications to Port Ellen. For instance, the sister distilleries of Lagavulin and Caol Ila each get the same exact peated malt, looking for PPM levels in the mid-30s. They may tweak a weekly order though based on what they’re actually seeing in the spirit after distillation.

So the next time you eagerly raise a dram of your favorite Islay whisky, take a moment to appreciate the journey that peat went on before it reaches your glass.

In the mood for some peaty scotch? 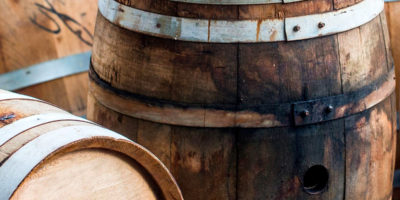 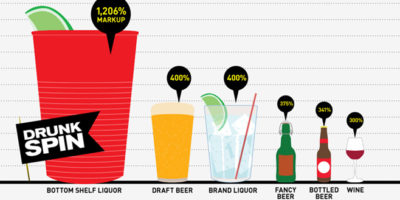 Why Drinking Top Shelf Will Save You Money
A look at the economics of a drink at the bar.