Distiller.com uses cookies that are essential for us to operate the website and that are helpful for us to improve the services. By continuing to browse our website, you agree to first-party and third-party cookies being stored on your device. Learn More About Cookies
Tequila Terms All Tequila Aficionados Should Know
By Stephanie Moreno
July 23, 2020
Save

When folks first consume tequila, often it is in the form of a shot or in a cocktail. That’s okay, of course—we all have to start somewhere. But there’s so much more to tequila than just being a party spirit. Although whiskey is generally the spirit that most drinkers turn to when they want to geek out, there’s a lot to ponder with regards to tequila production as well. But if you really want to become a tequila aficionado, you should acquaint yourself with some tequila terms first.

Once you get a few tequila terms under your belt, it will help you understand the labels and allow you to have confidence with your purchase. Later you can dig a bit deeper into each brand’s production process and figure out just how your favorite tequila is made. Then you’ll be ready to share your knowledge with loved ones and convert those tequila shooters into fellow tequila sippers.

More commonly known as Blue Weber or agave azul, this variety of agave is named after the German botanist F.A.C. Weber who first classified the plant. Agave is not a cactus, but rather a succulent plant and a member of the lily family. Blue Weber is the only type of agave that can be used to make tequila. Also, it can only be produced in designated areas in the Mexican states of Jalisco, Michoacán, Nayarit, Guadalajara and Tamaulipas.

Incidentally, tequila falls under the mezcal umbrella, meaning that it’s a type of mezcal. Of course, not all mezcal is tequila, but that’s a topic for another day.

The piña is the “heart” of the agave. It’s what is harvested from the agave plant to make tequila. The piña is harvested when ripe, which typically takes 7-14 years. After harvesting, the piñas are sent to the distillery to be halved or quartered before cooking.

The penca is the spiky leaf of the agave plant. These are shaved off by the jimador when harvesting.

The jimador is the worker who harvests the piña from the agave plant. They evaluate when the piña is fully ripe and leave those that aren’t behind.

The coa is the tool with a sharp blade and a wooden handle that the jimadores use when harvesting ripe piñas.

The quiote is a flower stalk which grows from the center of the agave plant. It can grow very quickly, so it’s best to cut it off so that the plant can divert all its energy to the piña. If allowed to grow to its full potential, it would make the plant unusable for tequila production.

These first three tequila terms involve the conversion of starch to sugar in the agave to prepare it for fermentation. The most traditional (and expensive) cooking method is the horno with the diffuser being the fastest and cheapest method. Some brands use more than one of these methods in their production.

If you prefer the aroma and taste of your tequila to be full of ripe, cooked agave then you should select brands which use the horno in their production. Of course, transparency is key here so consider brands that tell you how they cook their agaves.

A horno is a brick or stone oven in which the harvested piña are steam cooked. Typically, the cooking time is 3-5 days and another day or so for the agaves to cool. Slow and low, that is the tempo.

An autoclave is essentially a pressure cooker in which steam cooks the agaves in 12 hours or less. They are much easier to clean than a horno and are quite efficient. Obviously, this is going to save the distiller time and money since the autoclaves can cook the piñas quickly. Furthermore, autoclaves are quite large compared to the smaller hornos and are able to handle a large quantity as well.

A diffuser is a large machine which crushes the piñas and extracts the starches with hot water before they are cooked. This is quite different to the hornos and autoclaves which cook the piñas first in order to convert the starches to sugars. This is an even bigger time and money saver than the autoclaves, but the end result is a tequila that lacks aroma and flavor. Buyer beware.

A tahona is a large stone wheel which is used to crush the cooked piñas and separate the cooked juice from the agave fibers. Traditionally, a horse or mule would pull the stone, but today it is often mechanized.

Like a tahona, a roller mill is used in order to separate the cooked juice from the agave fibers. The cooked piñas are thrown into a roller mill hopper which chops up the agave and then presses out the juice. Water is sprayed on the mill to help extract the sugars from the fibers and all the liquid is collected below.

The aguamiel is the “honey water” or cooked agave juice collected after the piñas are crushed.

The fibers in a piña after it is crushed are referred to as the bagaso. If a brand uses a tahona for crushing the piñas, oftentimes the bagaso is used in both the fermentation and distillation process to give the tequila even more flavor.

The mosto refers to the aguamiel, water and yeast during and after the fermentation process. The mosto is what gets distilled.

Mixto tequilas are required to use just 51% agave in their production. The remainder can be other sugars such as beet sugar or cane sugar. It’s important to note that a mixto tequila will not say “mixto tequila” on its label. Rather it will simply say “tequila”. All tequilas which are made from 100% agave will state this on the label. This is what you should be looking for when making your purchases.

A blanco tequila—also referred to as silver, platinum or white—is tequila which is typically bottled without any aging. Sometimes blanco tequila is rested in stainless steel for up to 60 days. Also, this style can be aged in wood, but no longer than 30 days.

Reposado tequila is aged from 2 months up to a year in barrels no larger than 20,000 L. Any type of wood is acceptable, although ex-bourbon barrels are most common. Reposado translates to “rested”.

Añejo tequila is aged for at least a year in barrels which don’t exceed 600 liters. Any type of wood is acceptable, but ex-bourbon barrels are most common. Añejo tequilas are also known as “aged” or “extra aged”.

The extra añejo style is aged for at least 3 years in barrels not exceeding 600 liters. Any type of wood is acceptable, although ex-bourbon barrels are most common. Extra Añejo tequilas are also known as “ultra aged”.

Cristalino tequila is recently permitted by the CRT (Tequila Regulatory Council), but isn’t explicitly defined. Generally these tequilas are aged and then filtered to remove any color the aging process would bring. Cristalino tequilas may have their aging designations listed such as reposado or añejo. Understand that the criteria for those tequila styles have been met.

Now that you’re versed on tequila terms, it’s time to get versed on the flavors. 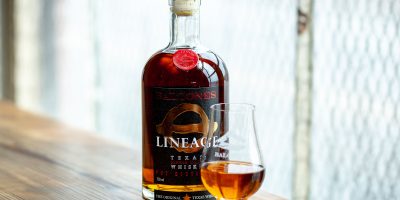 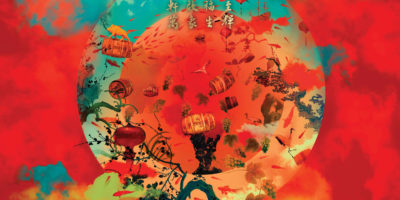 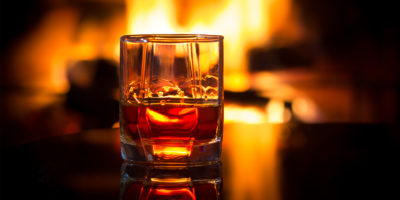