It’s time for the 147th Kentucky Derby! As last year’s Derby was delayed until September due to COVID-19, this makes two years since the last Running of the Roses in its traditional slot of the first Saturday in May. As such, your 2021 Kentucky Derby bourbon picks should feature special bottles to celebrate the festivities.

Of course as Woodford Reserve is the Presenting Sponsor of the Kentucky Derby, having a bottle of this Kentucky bourbon would be appropriate. Bonus points if you have the 2021 Commemorative Derby bottle while watching the fastest two minutes in sports. Like the previous year, this Woodford Reserve Bourbon bottle features the artwork of Louisville artist Richard Sullivan, a former MLB player for the Atlanta Braves.

Barton 1792 released three bourbons for its extended cask finish series this past December. There’s a port, chardonnay and cabernet sauvignon wine-finished expression. Each one of the high-rye bourbons was aged for an undisclosed amount of years in new, charred oak barrels. Then they each were finished in the secondary cask for 1-3 years. We find it hard to pick a favorite of the bunch, so whichever one you can find would be a solid 2021 Kentucky Derby bourbon.

Heaven Hill first announced this Bottled-in-Bond series in early 2018. Old Fitzgerald is one of the distillery’s wheated bourbon brands and Heaven Hill has since released one edition for spring and one for fall. This spring 2021 edition was distilled in one distillation season — spring 2013. The bourbons in the batch were pulled from three different rickhouses on different floors and from two different production dates. It is aged for 8 years and is bottled at 100 proof.

This is the third release in the limited-edition Maker’s Mark Wood Finishing Series. Like each of the previous in the series, the whiskey begins with fully-matured cask-strength Maker’s Mark. The whiskey is then finished in secondary barrels containing the proprietary wood staves. FAE-01 focuses on the specific flavors of dried fruit and oak by searing an American oak stave on one side while leaving the other side raw. The whiskey is bottled between 110.3-110.6 proof.

Each quarter Jim Beam releases a batch of bourbon honoring the late 6th generation Master Distiller Booker Noe. Each one gets names for a memory associated with him and this batch was dedicated to retired Jim Beam employee Mike Donohoe, a close friend of Booker’s. Mike and Booker both indulged in a “special stash” of uncut, unfiltered whiskey that wowed them so much, it was shared with close friends, distributors and industry partners and the tradition of Booker’s Bourbon was born. This uncut and unfiltered bourbon was bottled at 125.3 proof after 6 years, 11 months and 4 days of maturation. Donohoe’s Batch is meant to resemble that initial legendary stash. It was released as a limited edition in March 2021.

Bardstown Bourbon Co. is one of the most exciting new distilleries in the country. Not only does it do contact distilling for some of your favorite brands, but it also sources and blends bourbon from other distilleries and has released some wine finishes as well. For its Fusion Series, the distillery blends some of its own juice with bourbon sourced elsewhere. Their fourth edition just released in December 2020 features a 13-year-old bourbon blended with three of BBCo.’s own bourbon aged 3-4 years each. This Fusion Series expression would make a fine addition to your 2021 Kentucky Derby bourbon bar. 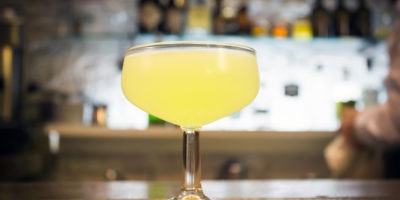 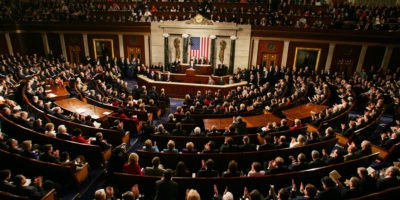 The 50th Anniversary of ‘Official’ Bourbon
May 4th, 1964 - The day Congress recognized bourbon