By Matthew Hofmann - Master Distiller at Westland Distillery
August 26, 2016
Save

Some people think we’re nuts. While the idea of Americans producing single malt whiskey is not necessarily crazy in and of itself, the fact that we’ve bet our livelihoods on it, on a future that most never even considered; this many think a fool’s errand.

Others suggest we’re ahead of our time. Or at least of the time. They see a group of distilleries forging new ground with brashness, skill and resolve when the others questioned our very sanity. They celebrate our ambitions as we plunge straight into the unknown, guideposts and safety nets left far behind. Certainly this might not be the conventional way to enter the generations-old whiskey business. But we are not conventional. We are Americans.

The audacity of it all

Perhaps portraying the whole thing as so audacious is a bit of a caricature. But ultimately that’s who we are, us Americans. Self-assured and confident with an unwavering bravado. It is undeniably a key part of our cultural DNA. Sure, being so headstrong can put us in choppy waters from time to time. Without it though, we wouldn’t even be here.

America is adding its own voice to the history of whiskey

This culture of audacity has been a hallmark of the American story. How did those who come before us arrive here? What drove them to leave behind all that they had known, those literal and figurative guideposts, and venture forth into an unknowable future? What did they see out here that so many could only just imagine? In truth, we will never know if our forbears fully grasped the weight of their contribution to what would become the great American journey. But as long as we continue to push ourselves forward, on our own personal journeys, we will honor and build on this ethos we have inherited.

So why do we make single malt whiskey—one of the most old-world of traditions? The easy answer, though only partially correct, is to say that we do it because we must do it. We are compelled to pursue it because to do so is in our bones. But there is more to it than that, as of course there always is. As Americans we have always been naturally inclined to challenge conventional thinking. Again today we find ourselves in another state of cultural transition. We don’t take for granted what has come before—even traditions we have now invented ourselves—and we do not blindly assume what came before is right. We continue to question everything. As a society we are becoming ever more thoughtful about all things that cross our path and today we expect more from ourselves and from the products we invite into our lives. 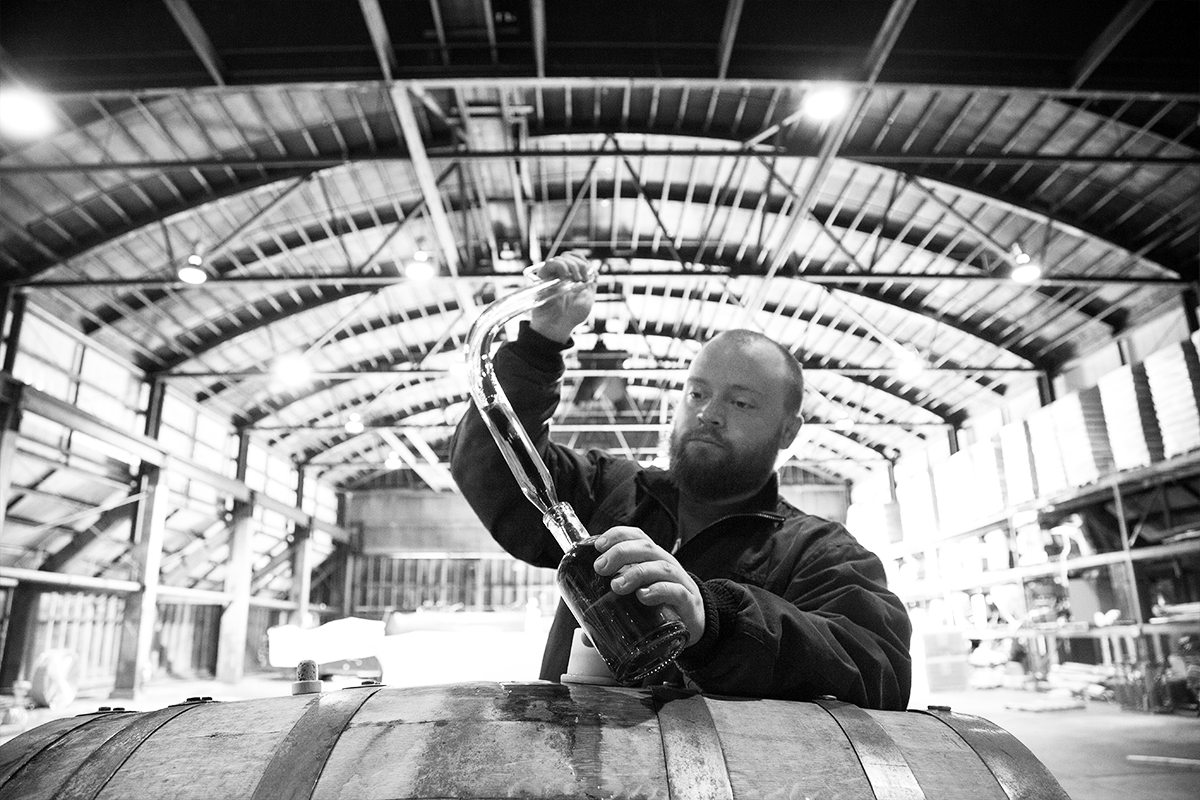 The American Single Malt movement is a manifestation of these ideals. America is adding its own voice to the history of whiskey. And while we honor many of the traditions of the old world, we aren’t replicating the formula. Instead, we are questioning the way in which we should go about it. For Westland, these fundamental questions were posed in the very early days. “Why make bourbon if the Northwest is one of the best places in the world to grow barley?” “Why should we limit ourselves by employing the same type of malted barley used in every single malt distillery in the world when others exist?” “Why simply mimic a wood program that was built on economies and traditions of a long-past era in a region thousands of miles away?” For us, the answers to these questions led us to making single malt in the way that we do. For others in this country, the questions (and almost certainly the answers) may be different. This will lead them down a different path and towards a different truth. “If I live in the Southwest and we traditionally smoke with mesquite, why should I use peat?”

It’s one thing to ask the questions, but it’s another to answer them with action. The courage to act—even when doing so contradicts convention—is a central characteristic of American ambition. This is the leap we’re taking into the unknown. This is what will inevitably make a mark on the world of single malt. Is the reason that we are answering these questions with action, with our products, due solely to American confidence? Or are we intentionally, callously thumbing our noses at tradition and history for the sake of our own egotism? Fundamentally, I don’t believe we acting disrespectfully. But I’ll admit, perhaps we’re less precious of tradition than other cultures. Where would tradition get you on the frontier? When it came to life-or-death decisions which, for many, marks part of their American origin story, would you stick with traditions if it meant you might lower your odds of survival? Innovate or die. Perhaps this was the decision facing our ancestors. It’s pretty clear what choice they made.

If I’m being honest, I’m actually a bit jealous of the traditions of the old world. In tradition you find meaning, you can find an identity. Even now as I write this I’m midway through a series of books exploring the Celtic culture of my Irish ancestors. I think we all struggle with finding an identity—both personally and as a society. One of the difficult things that we experience here in the United States, especially out West, is coming to terms with the idea that we really don’t have a long heritage or tie to the old world. If being in this melting pot means we’ve left the rest behind, it might be easy to think that we’ve got nothing to bind us together. But of course we do have something—something that makes us Americans, not just in name. We have a shared motivation to take the leap into the unknown.

This, then, is our identity. An oversimplification of American culture this certainly is but there is truth to be found here. If our identity or our culture is to be manifested in our whiskey, then how does it express itself? Excitingly, the answer is not in simply replicating the whiskies of the old world and sticking “American” in front of it on the label. Instead, we must interpret the specific physical attributes and consider how a new equation is balanced. The weighted value attributed each to the forces of traditional whiskey-making, combined with a leap into the unknown and how many questions are asked and answered along the way, this is where it all comes together. This is what we endeavor to do with Westland.

Westland began with a desire to produce single malt in the Pacific Northwest. Rooted in a belief that distilling is tied to agriculture and that there is inherent character in our unique sense of place. We knew that Washington State grows some of the best barley in the world. That, in and of itself, was enough for us to take the leap. What we saw, and what we see today with ever-increasing clarity, is that we can make single malt with a decidedly Northwest identity. Not because we can, but because we should. I was formally educated in traditional Scottish whiskey-making, but from the beginning I always asked more questions than is sometimes good for a sane man. In starting Westland, some aspects of tradition actually survived the barrage of questions— peating and sherry cask maturation for instance, both of which now make up core pillars of Westland today. But other aspects—such as blind devotion to sherry and bourbon casks, adhering solely to traditional malting techniques and accepting that “barley varietals have no flavor,”—did not pass through our inquisition unscathed. And so we have new American oak and casks made from Quercus garryana, our local oak species. We help develop different varietals of barley that we know to contain beautiful and unique flavors. We use roasted malts that display the potential of malted barley to its fullest. These are also now just as important to our identity and they make up the remaining pillars upon which Westland is built.

The end result is a style of whiskey that reflects the balancing of multiple values and influences. The balance is derived from a unique set of forces that make Westland’s style inimitable. Yet each distillery producing single malt in America is balancing the equation a bit differently. While this may seem like many different “styles of one” have emerged, the reality is that we are all linked together by our willingness to set ourselves down a new path. The identity is in the path; the destinations, the manifestations of the whiskey, can simultaneously be different and valid. 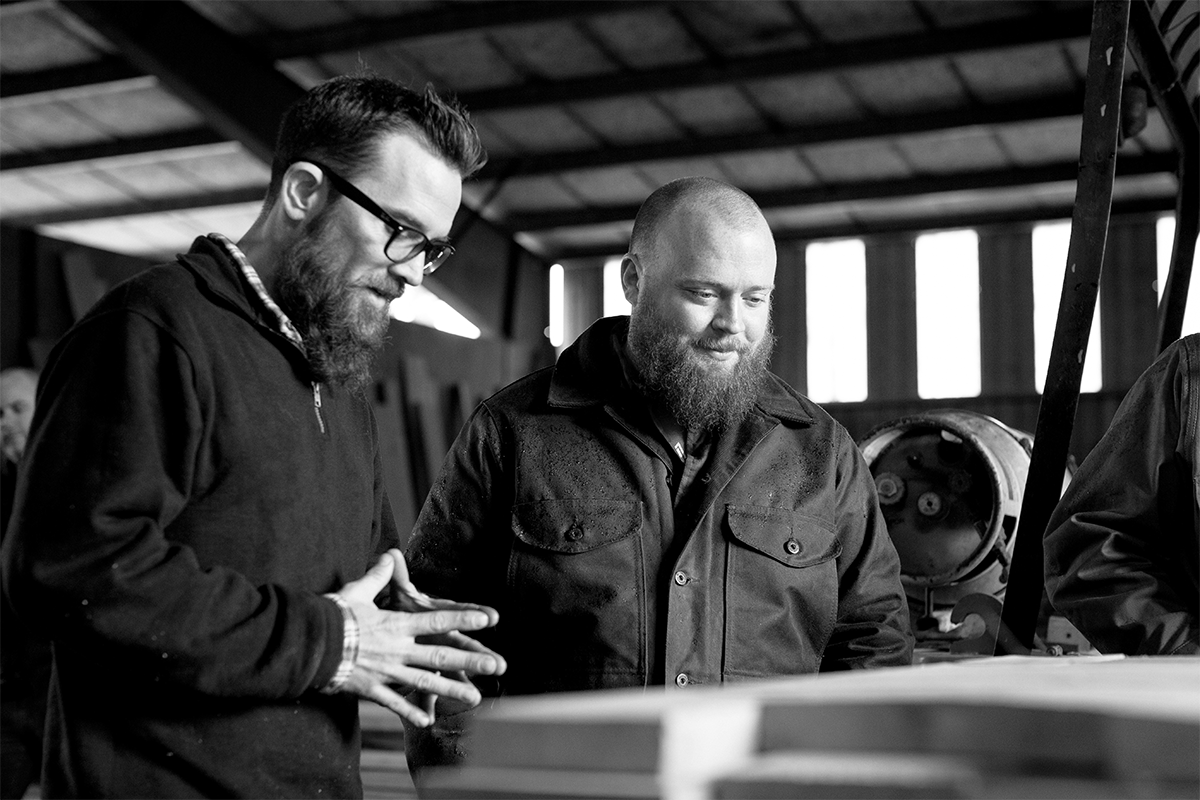 It’s hard to grapple with the meaning of it all while we’re busy simply staying on a ride that’s just begun. The birth of a category—a rare thing in its own right in the world of spirits—sometimes derives from happenstance, and often times comes with an acute lack of self-awareness. How lucky we are. The category is unfolding with a thundering beauty that I cannot help but absorb with awe. The meeting point of ideas developed through centuries of practice and tradition from the old world with a culture destined to carve its own path. Somewhere within this maelstrom of clashing cultures and ideas is the future of American Single Malt. However, that undeniable desire to stare into the chaos and see where we are headed, this is what marks American Single Malt as American. Not in the future, now. This is American Single Malt Whiskey. 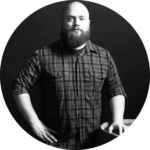 Matt has a passion for developing a wide spectrum of flavors from grain, but also a remarkable capacity for designing thoughtful processes. Matt has honed his craft developing new flavor profiles from malted barley by earning a General Certificate in Distilling with Credit from the Institute of Brewing and Distilling in London. He also holds a postgraduate diploma in Brewing and Distilling from the International Centre  of Brewing and Distilling at Heriot-Watt University in Edinburgh. Currently Matt is working on his Master’s Thesis, which will examine the effects of pot distillation on whiskey flavor development. Matt is actively engaged in the ongoing dialogue of our industry as a member of both the Institute of Brewing and Distilling and the American Society of Brewing Chemists, and currently serves on the Board of Directors for the American Craft Spirits Association. He is also one of the founding members of the American Single Malt Whiskey Commission which seeks to establish, protect and promote the category of American single malt whiskey across the globe. In 2015 Matt became just the second distiller ever named as a Rising Star by StarChefs magazine and was also recognized by Forbes as one of America’s 30 under 30 tastemakers. In 2016, he added his latest honor as one of Wine Enthusiasts 40 under 40.

To learn more about American Single Malts and the distilleries behind them, head to Distiller! 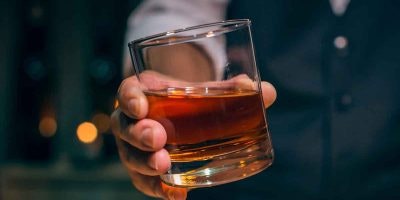 How to Drink Whiskey
Choose your adventure 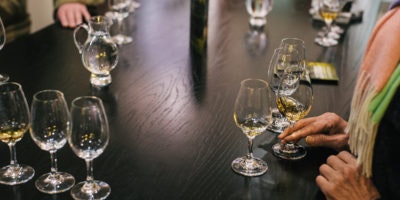 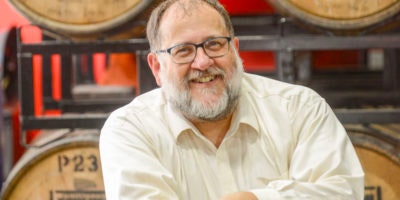