Where is Rice Whisky in the New Japanese Whisky Standards?

As we mentioned a few weeks ago, there are new Standards for Labeling Japanese Whisky established by the Japan Spirits & Liqueurs Makers Association. Much of the discussion around these new standards has centered on how, going forward, all Japanese whisky will actually need to be fermented, distilled and matured in Japan. The idea for the new standards is to box out the imitators that have recently appeared on the market. These brands often do little more than import whisky to Japan and slap a label with a kanji character or Japanese name on it. Then they resell it at a vast markup to capitalize on the still-surging craze for the category. However, there’s another area of interest within the regulations and that’s concerning rice whisky. Will it be categorized as Japanese whisky?

Here’s what the new Japanese whisky standards say about ingredients and production:

– Raw ingredients must be limited to malted grains, other cereal grains and water extracted in Japan.

– Malted grains must always be used.

– The distilled product must be poured into wooden casks not exceeding a capacity of 700 liters and matured in Japan for a period of at least 3 years thereafter.

– Bottling must take place only in Japan, with alcoholic strength of at least 40% as of such time.

– Plain caramel coloring can be used.

So What About Rice Whisky?

You’ll notice that rice isn’t mentioned anywhere. Rice though is a cereal grain; a pretty ubiquitous one in Japan, as it goes. Currently, fermented and distilled rice is classified as shochu in Japan. But what if a spirit is made fully with rice or with rice alongside other cereal grains — as opposed to shochu’s myriad other ingredients? And what if it’s also distilled above 40%, and matured in wood without any type of fortification or adulteration? Isn’t it then … whisky?

Further, rice can be malted prior to distillation, satisfying the need to include malted grains. Additionally, nowhere in the standards is the use of koji — the traditional methodology for saccharifying rice — mentioned, delineated or disallowed. Moreover, one might read into the usage of “saccharifying” as implicitly allowing for this, rather than more simply stating “mashing,” a term which would exclude the process.

“I think we’re going to have some more elaboration on this going forward,” says Eli Raffeld, the co-founder of High Road Spirits, the U.S. importer for independent Japanese distilleries such as Chichibu and Mars Shinsu. “I don’t know exactly where rice sits on this.”

Most U.S. consumers do view rice whisky as different from the whiskeys we’re more familiar with drinking. The ingredients used in these whiskeys are predominantly a combination of barley, corn and rye. “And I personally think that rice whiskies should have their own category and status,” Raffeld says. “I don’t think there’s anything wrong with a rice whisky whatsoever. And a lot of rice whiskies do call themselves ‘rice whiskies.’ I think there’s just going to be that distinction.”

That said, some would argue that there isn’t anything more authentically qualified to be labeled as Japanese whisky than rice whisky. And outlining a set of standards that only mimics the specs and styles of Scotch whisky is a missed opportunity. When you look at the history of distillation, it’s always based on agriculture and local crops which were abundantly available. For example, consider barley of Ireland and Scotland and corn and rye from the United States.

“Guess what they don’t grow in Japan: barley,” says Nicholas Pollacchi, the co-owner of Shibui Whisky. Part of his product line includes imported Scotch whisky blended with rice whisky made in Japan. These are dubbed as world whisky blends. Additionally, he has products consisting fully of rice spirit labeled as single grain whisky. “Guess what they grow in Asia, and I hate to break the news, the number 1 crop, the rice crop, is the cereal of choice.”

Japanese Whisky Made as Scotch Whisky

The modern Japanese whisky industry was born as the result of Masataka Taketsuru’s time in Scotland, his work at Suntory, and his subsequent founding of Nikka. As a result, Japanese whisky became a carbon copy of Scotch whisky rather than a product more rooted in its place, literally and metaphorically.

That style has become widely celebrated and for great reason, but it also overlooked an innate and perhaps tantalizing possibility. “When you look at whiskey production for any country, Japan is the only one which has completely gone off on a tangent in this way,” Pollacchi says. “Otherwise, and this is my gut feeling, they would have found out that putting higher strength, rice-based spirit into barrels would produce a beautiful Japanese whisky. But they didn’t let that happen. They robbed themselves of the opportunity.”

There’s no doubt that putting regulations in place to define Japanese whisky is a huge, positive step forward. So too is the elimination of outright poseurs. However, the more skeptical among us might be inclined to follow the interests of big business in terms of defining Japanese whisky only as something made in an equivalent manner as Scotch whisky. “It goes to show you where this is all stemming from,” Pollacchi says. “Like, what are we classifying as Japanese whisky here? Scotch whisky that is made in Japan! That’s really it, isn’t it?”

“How can you look me in the face and say that grain from your continent being distilled and matured and bottled in your land, why is that not Japanese whisky?” Pollacchi continues. “Because that to me feels like where the history lesson is a little bit skewed.”

By the letter of the soon-to-be law, it appears as if rice whisky *can* designate itself as Japanese whisky. Although whether or not that holds strong, or a sub-category of rice whisky is created, remains to be seen. Clearly though, the question of what it *should* be designated as is a bit more complex than many have considered. 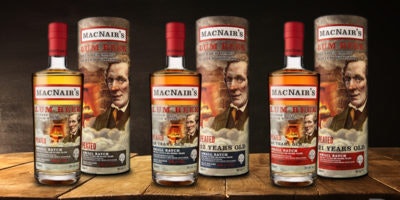 Distiller’s Friday Roundup – November 9th, 2018
More new booze than you can shake a stick at 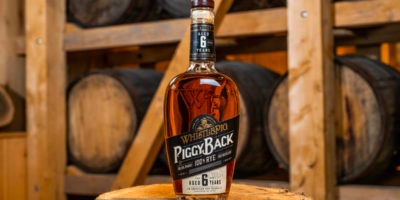 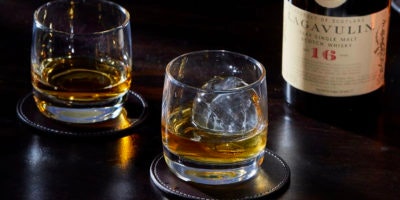