By Stephanie Moreno
September 7, 2017
Save

Before our official reviews arrive, we wanted to give you a sneak preview of the new products hitting shelves soon. The rye world gets new additions from both Michter’s and Jack Daniel’s this month. Highland Park has an exclusive North American release named after their founder. Macallan has the third whisky in their Edition series, this one made in a collaboration with a master perfumer. All this and more in the booze news for the week of September 4, 2017!

This Kentucky straight rye takes Michter’s US*1 Single Barrel Rye at barrel strength and finishes it in a secondary barrel. These finishing barrels consist of 24 month air-dried staves. The barrels were toasted, not charred. As the rye whiskey comes at cask strength, the proof will vary. On average, it is 108.6 proof.

“This innovative release is the culmination of two years of maturation research conducted by our Master Distiller Pamela Heilmann and our Master of Maturation Andrea Wilson,” said Michter’s President Joseph J. Magliocco. “The result of their work is a uniquely flavorful rye that we are very proud of.”

Master of Maturation Wilson commented, “It is remarkable how much simply finishing our rye in a uniquely toasted barrel can further enhance depth and complexity.” Master Distiller Heilmann agreed and remarked, “I love good rye, and this one is terrific.”

This limited release is hitting shelves beginning September 2017 with a suggested retail price of $75. 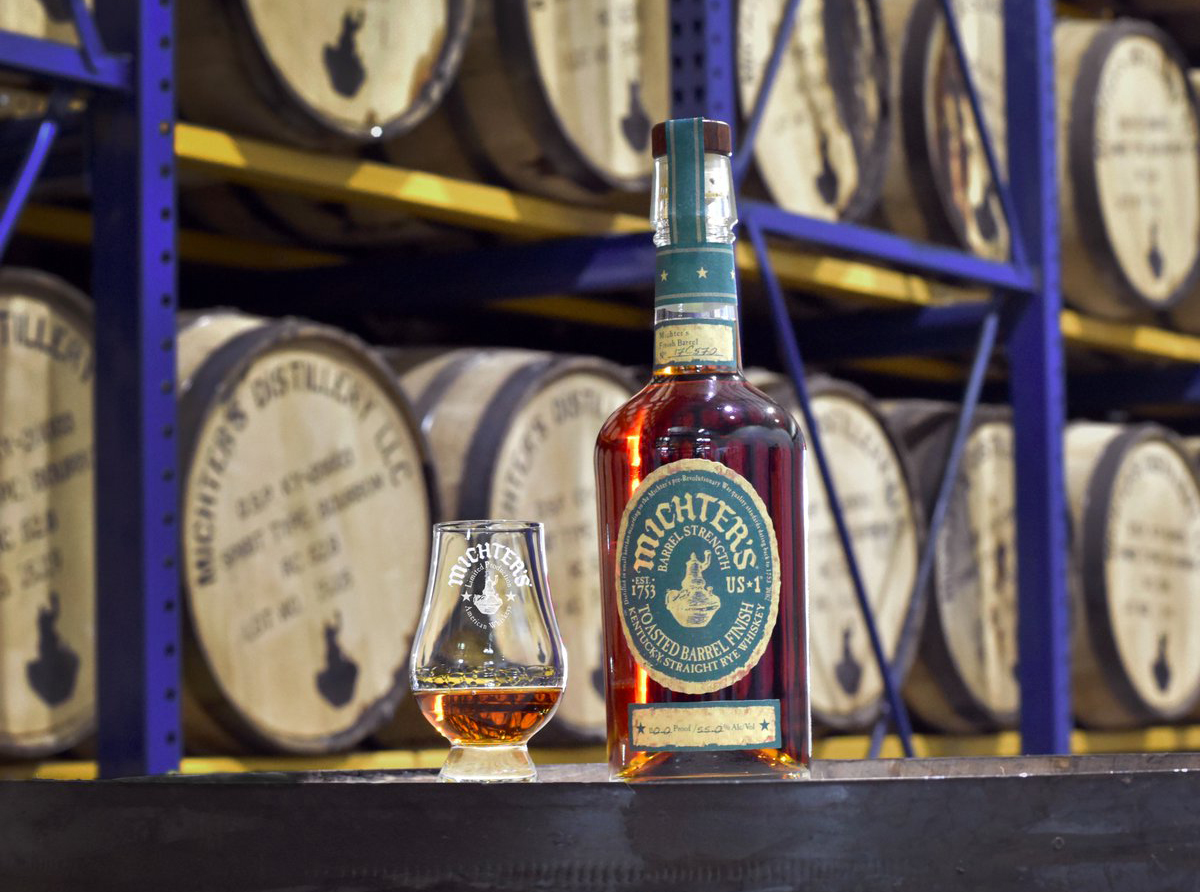 Available beginning October 2017, this Tennessee Rye goes through the standard charcoal mellowing process prior to barreling—as is required for Tennessee whiskey. The mash bill is 70% rye, 18% corn and 12% malted barley. This straight Tennessee rye whiskey bares no age statement and is bottled at 45% ABV.

Master Distiller Jeff Arnett said, “Our whiskey-making process is so special, and it just makes sense for us to create our version of one of America’s first whiskeys. This is rye whiskey made Jack’s way. We think our grain bill provides the ideal taste and character—one that’s bold and balanced and not dominated by one flavor.” 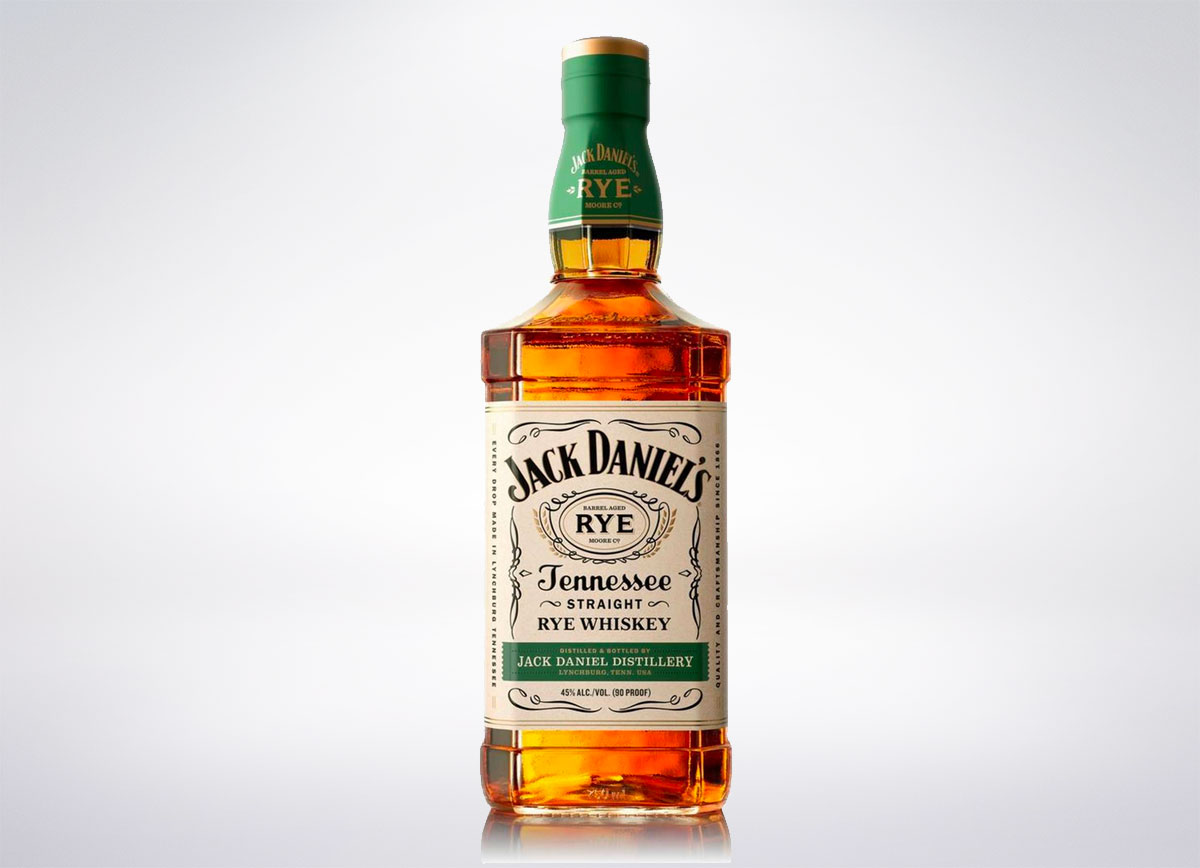 Released in August 2017, this is distilled at House Spirits in Portland, Ore. Distilled from Oregon two-row pale malted barley, the single malt uses ale yeast for fermentation. It is double pot-distilled and aged in full-sized, new charred American oak barrels. Several single barrels, typically five to six for each batch, comprise the bottling. The whiskey is non chill-filtered and bottled at 45% ABV.

“It is decades in the making, and my vision has finally come to fruition. Today, we proudly release our Westward American Single Malt whiskey, which draws inspiration from our rich brewing culture here in Portland through our use of locally malted barley and ale yeast in the fermentation of our washes. At the same time, we pay homage to our country’s proud whiskey-making tradition, primarily through the use of new American oak barrels.” 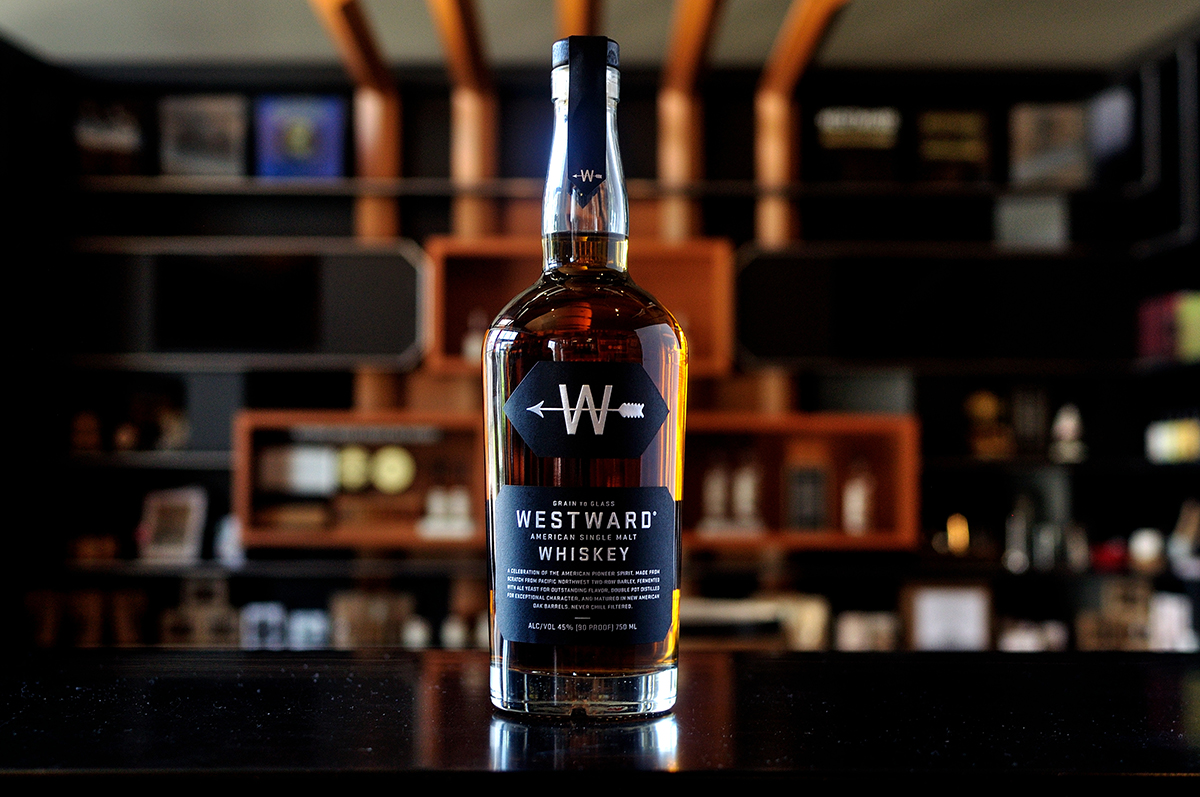 The Macallan Edition No. 3

As the name suggests, this is the third installment in the Edition series. Released in September 2017, this single malt is a collaboration between The Macallan’s master whisky maker, Bob Dalgarno and master perfumer, Roja Dove. The focus for this whisky is all about the oak. A high proportion of smaller oak casks highlight the distinctive aromas Dove found in particular casks.  The single malt matures in a combination of European and American oak refill casks as well as former bourbon barrels.

“The Edition Series provides the freedom to look beyond the cask styles typically used in other Macallan whiskies,” said Dalgarno. “There are great parallels between the worlds of whisky and perfume and it has been fascinating to work with Roja to explore the power of aroma in individual oak casks and its influence on the resulting whisky. Edition No. 3 is a remarkable journey of the senses, delivering an intense experience of flavour and aroma.”

Dove added: “We have worked together to master the balance of taste and aroma, resulting in an incredibly flavorsome, fresh and citrus whisky with enveloping sweetness. Edition No. 3 is an exceptional example of the whisky maker’s art, where Bob has interpreted my thoughts so accurately, when combined with the extraordinary power of scent.” 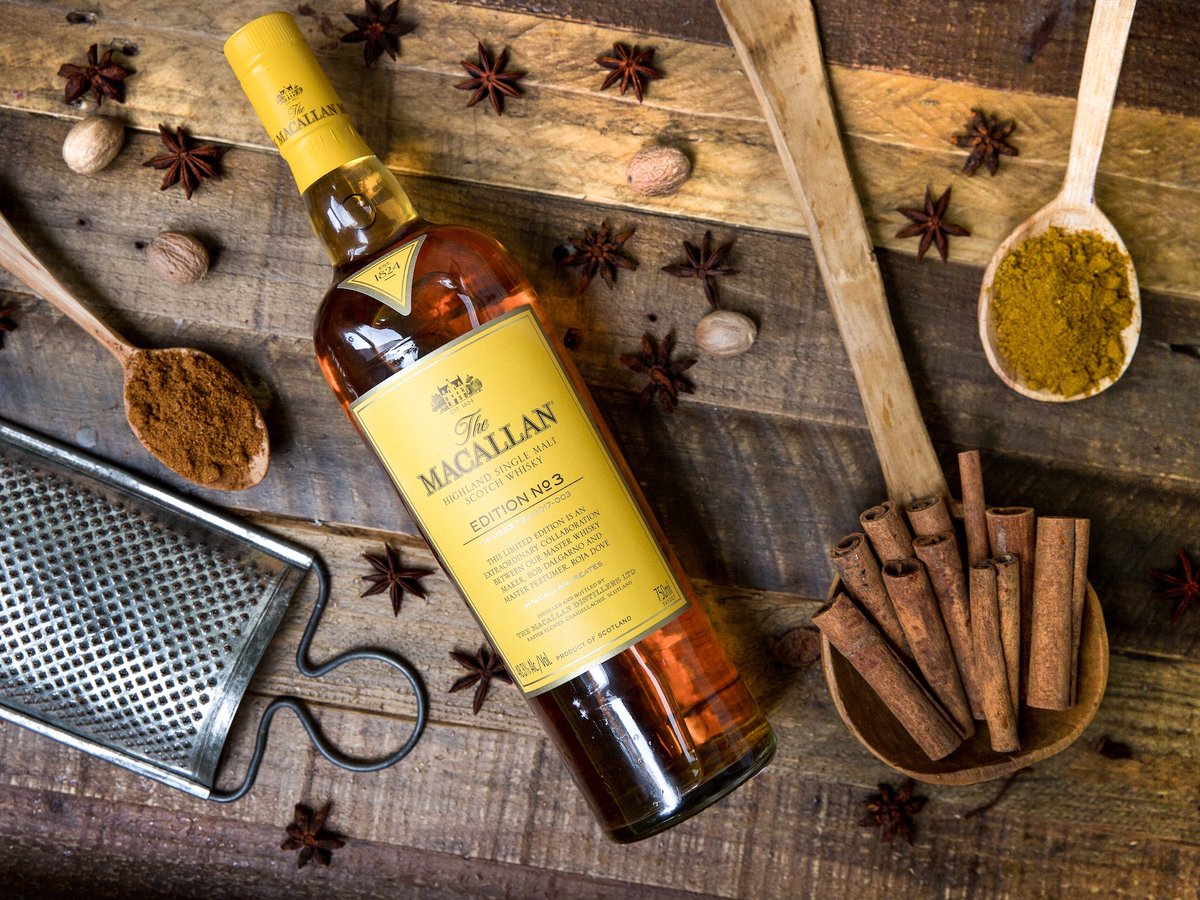 Introduced in September 2017, Magnus honors Highland Park’s founder, Magnus Eunson. He was a direct decedent of the Vikings who settled on Orkney hundreds of years ago.  Though Highland Park officially marks 1798 as its founding date, Magnus made whisky long before that, albeit illicitly. This no-age statement single malt was aged in a high proportion of American oak first-fill sherry casks as well as ex-bourbon barrels. This is exclusive to North America. Bottled at 40% ABV. 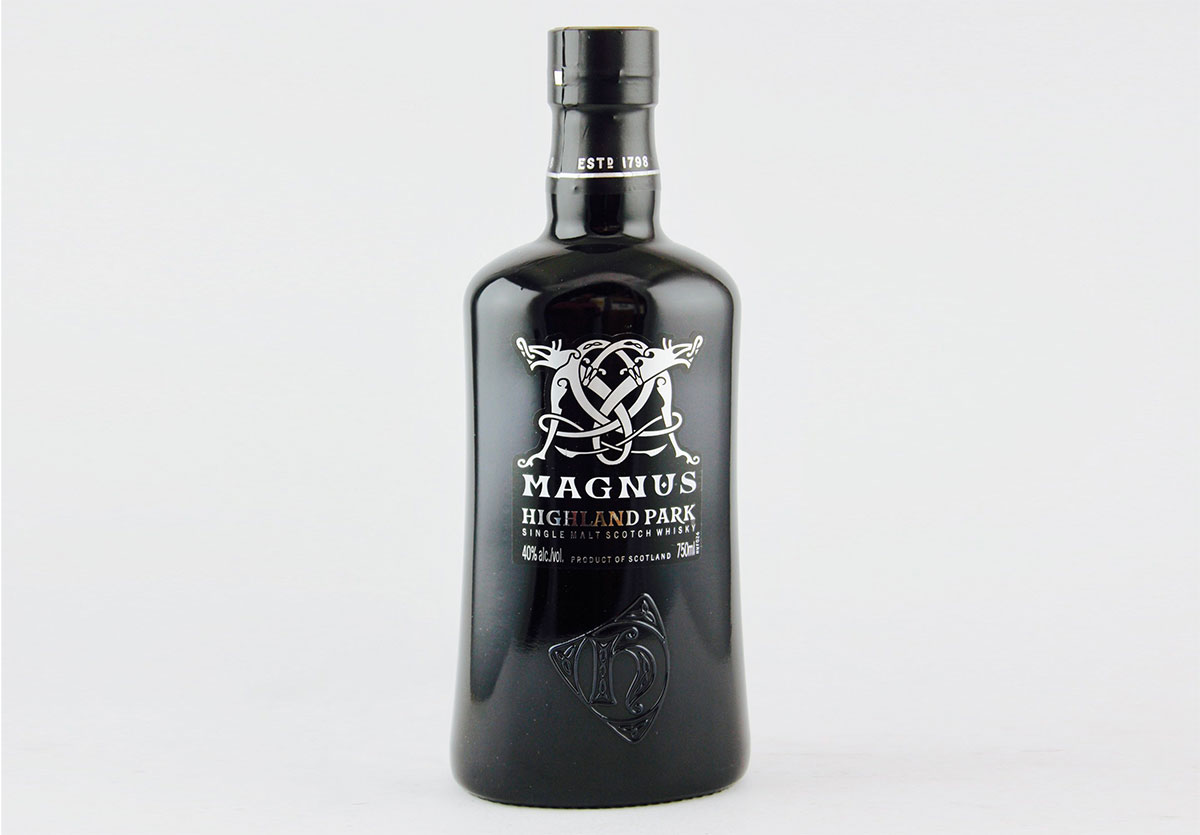 Port Askaig is a single malt brand which selects whisky from Islay to use in its releases. A small batch selection of whiskies from two to up to forty casks are used for each bottling. This 110 proof is a cask-strength bottling and was matured in American oak. As with all Port Askaig releases, it is non chill-filtered with no color added. This marks the first release for the US with more releases to follow. Hitting shelves October 2017 with a suggested retail price of $74.99.

“Since launching Port Askaig in 2009 we have always looked to introduce new people to Islay whisky and it is exciting to take the next step in that journey by taking the brand to America,” explains Oliver Chilton, whisky maker for Elixir Distillers. “We’ll be focused on putting our whisky into hands of connoisseurs looking for something new as well as using it as a gateway to the incredible world of Islay whisky.” 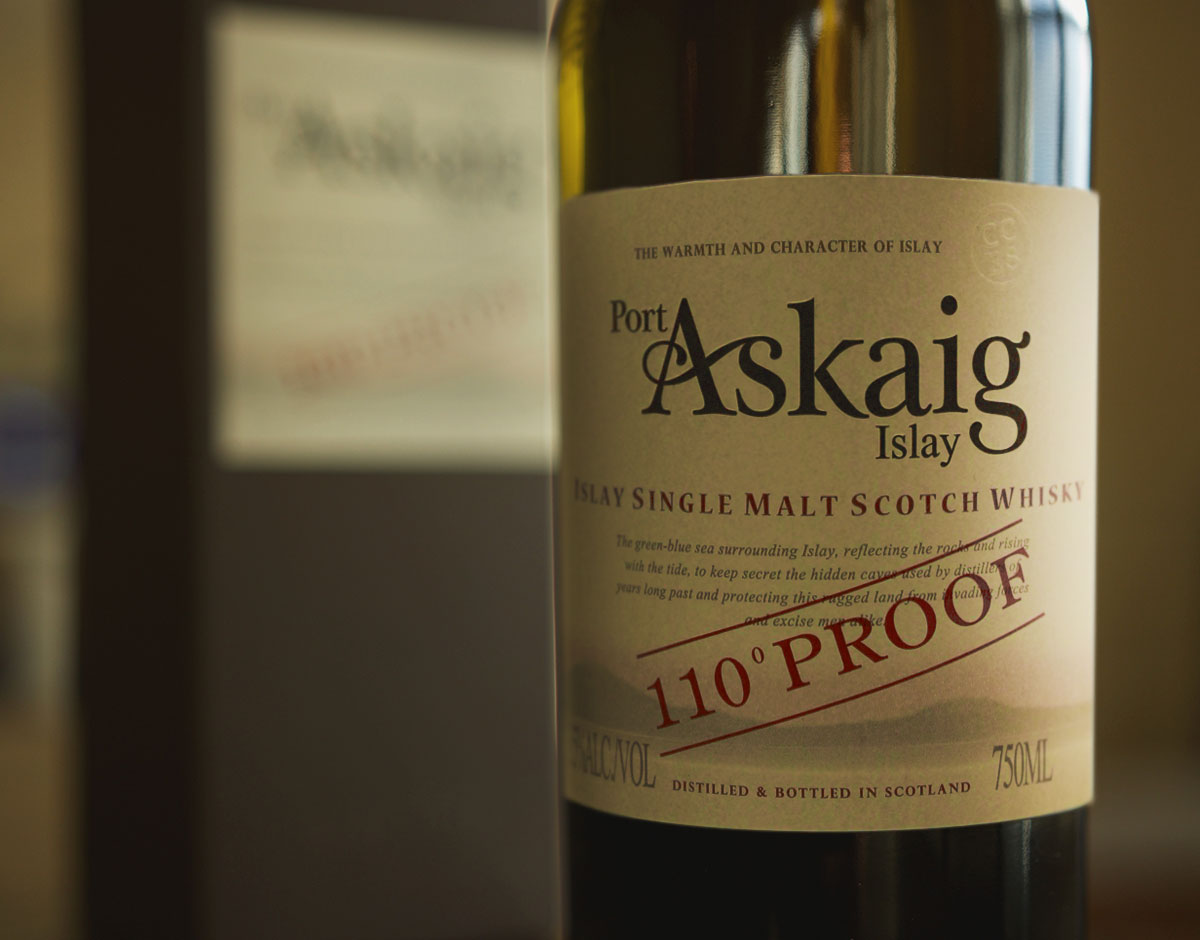 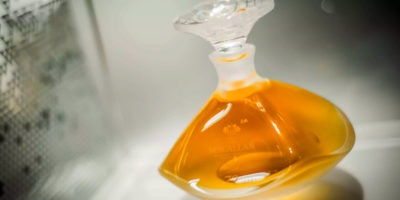 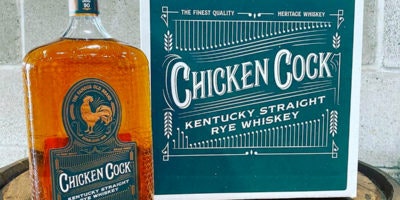 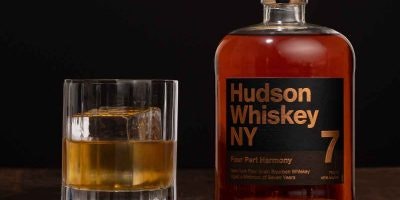 Distiller’s Friday Roundup – September 17, 2021
A multitude of spirits that represent the deeper hues of fall