Distiller.com uses cookies that are essential for us to operate the website and that are helpful for us to improve the services. By continuing to browse our website, you agree to first-party and third-party cookies being stored on your device. Learn More About Cookies
Old Forester on Whiskey Row: The Ultimate Bourbon Experience
By Tim Knittel
December 8, 2018

On June 14, 2018 a small crowd gathered on the hot sidewalk in downtown Louisville. The occasion, in addition to celebrating National Bourbon Day, was to witness the grand opening of the Old Forester Distilling Co. The Mayor and other notables from the city government and the Kentucky bourbon industry gave short speeches lauding its completion.

With its arrival, Old Forester Distilling Co. becomes the ninth bourbon attraction in the area. Situated in the heart of Whiskey Row, it is the second downtown distillery to open just this year. It’s also the twelfth official stop on the Kentucky Bourbon Trail™ tour program. (The Kentucky Bourbon Trail™ Craft Tour program has an additional fourteen distilleries.) Designed from the ground up to be a visitor experience and education center, this is a fully operational distillery, cooperage and bottling facility.

The distillery tour consists of twelve stops, beginning by descending a flight of stairs into the sub-basement for Orientation. Guests first hear about the history of Old Forester and Brown-Forman before moving on to stop #2: Ingredients. Incidentally, Old Forester has only one mash bill for all its bourbons: 72% corn, 18% rye, 10% malted barley. 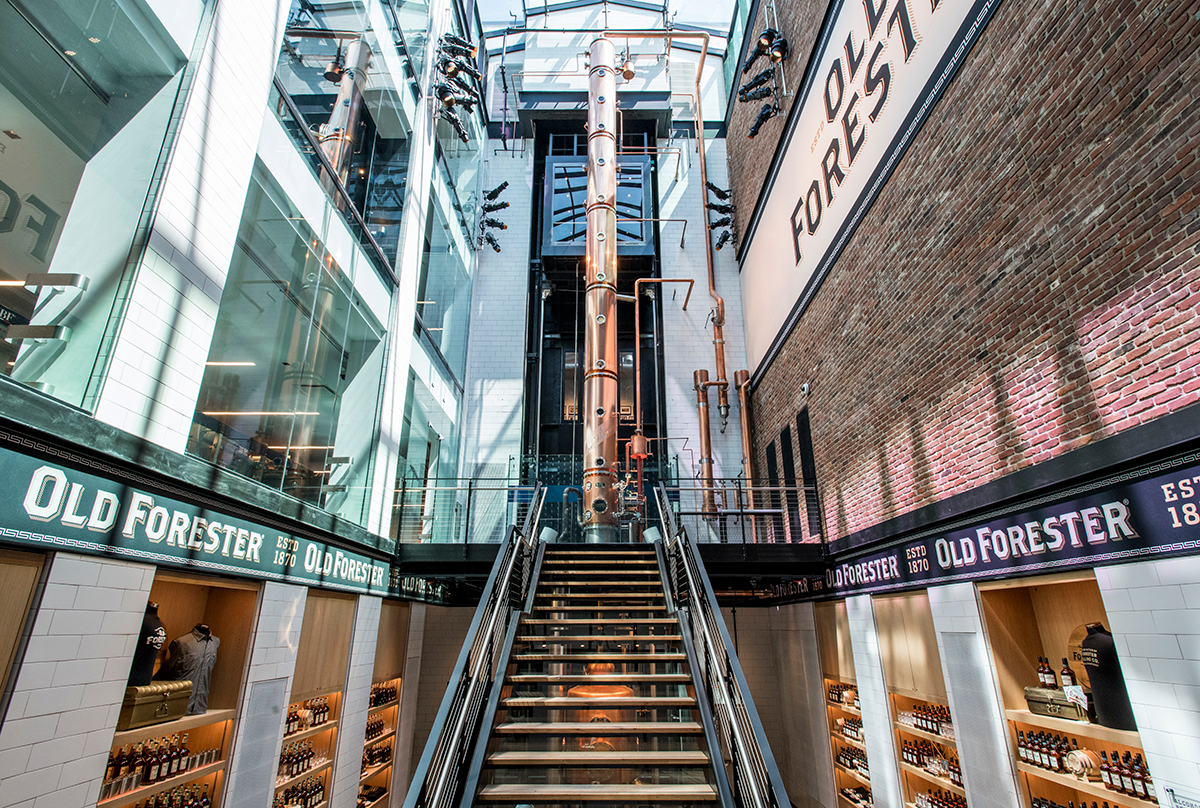 After guests learn about the selection and processes of the grains, they move into the fermentation room. Here, four fermentation vats happily bubble away under strategically placed spotlighting. Next on the tour, guests take the glass elevator up to Level 3. Along the way, they get an up-close look at the distillery’s new 44 foot-tall copper continuous column-still. Once they arrive, they are introduced to the lab and the chemical analysis processes that are performed to ensure quality.

Distillery production employees work Tuesday through Saturday including several engaged in making the barrels used to mature the bourbon. With this component, the Old Forester Distilling Co. is the only distillery experience in Kentucky that includes a working new barrel cooperage. It’s an impressive nod to the fact that Brown-Forman is the only bourbon company to produce its own barrels. As an added bonus, the occasional lucky visitor will get the opportunity to press the button to start the fire which ignites the barrel.

After witnessing the cooperage, guests then follow the path of the barrel to a maturation warehouse which descends in a massive spiral through the three full floors. Once full, the warehouse will hold up to 900 barrels with the remaining production stored at other Brown-Forman warehouses. The aging warehouse opens onto a functional bottling line and the tour ends at a formal, sit-down tasting room. After a guided tasting, guests are led into the still room/gift shop, an open room which houses the aforementioned column still. 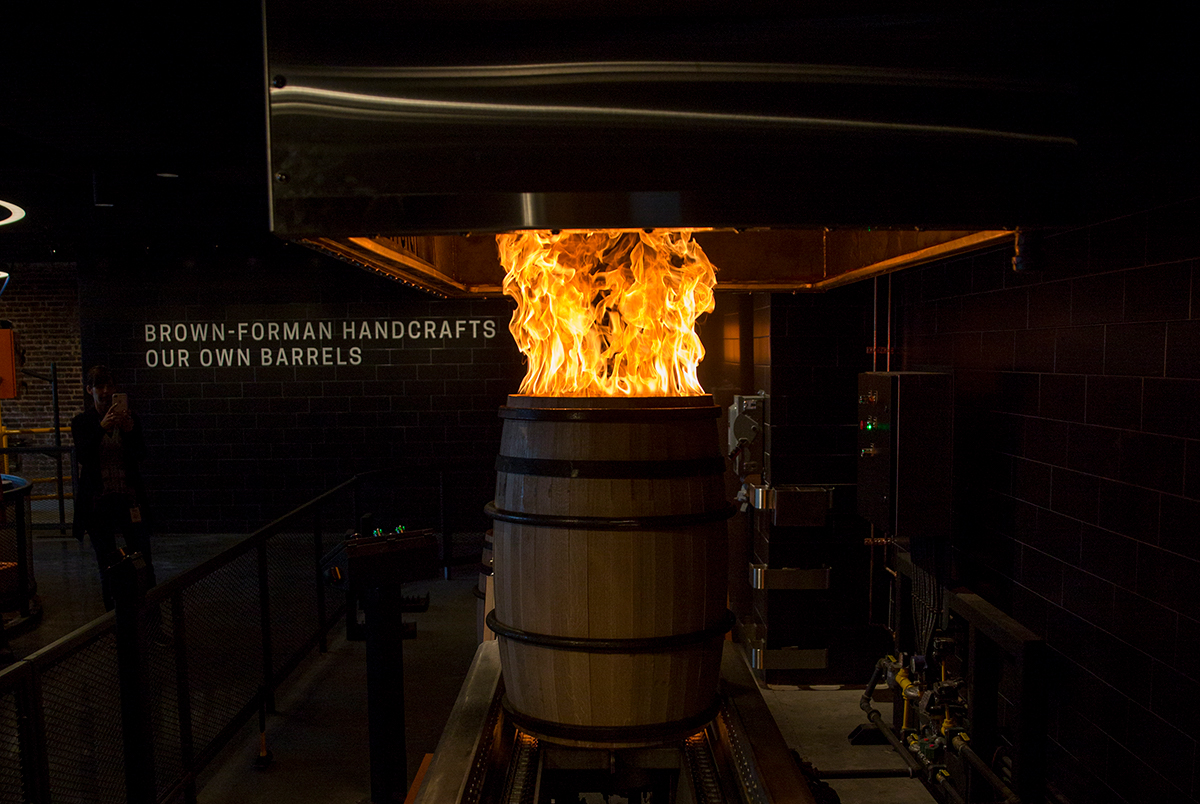 In addition to a full product line and other bourbon-centric wares, the gift shop also sells the re-release of the famed The President’s Choice. This expression of Old Forester is a single barrel product first introduced in 1964 by then-president George Garvin Brown II. Today, fifth generation family member and current president of Old Forester, Campbell Brown, selects the barrels.

AN HOMAGE TO LOUISVILLE’S BOURBON HISTORY

Since the experience is a fully functioning distillery, production is expected to exceed storage capacity quicky. As a result, getting the barrels to the off-site maturation warehouses is handled via a unique three-story “barrel elevator” opening onto and visible from Main Street. It’s a touch that enhances the area of Whiskey Row for all passers-by, even those who never enter the building. 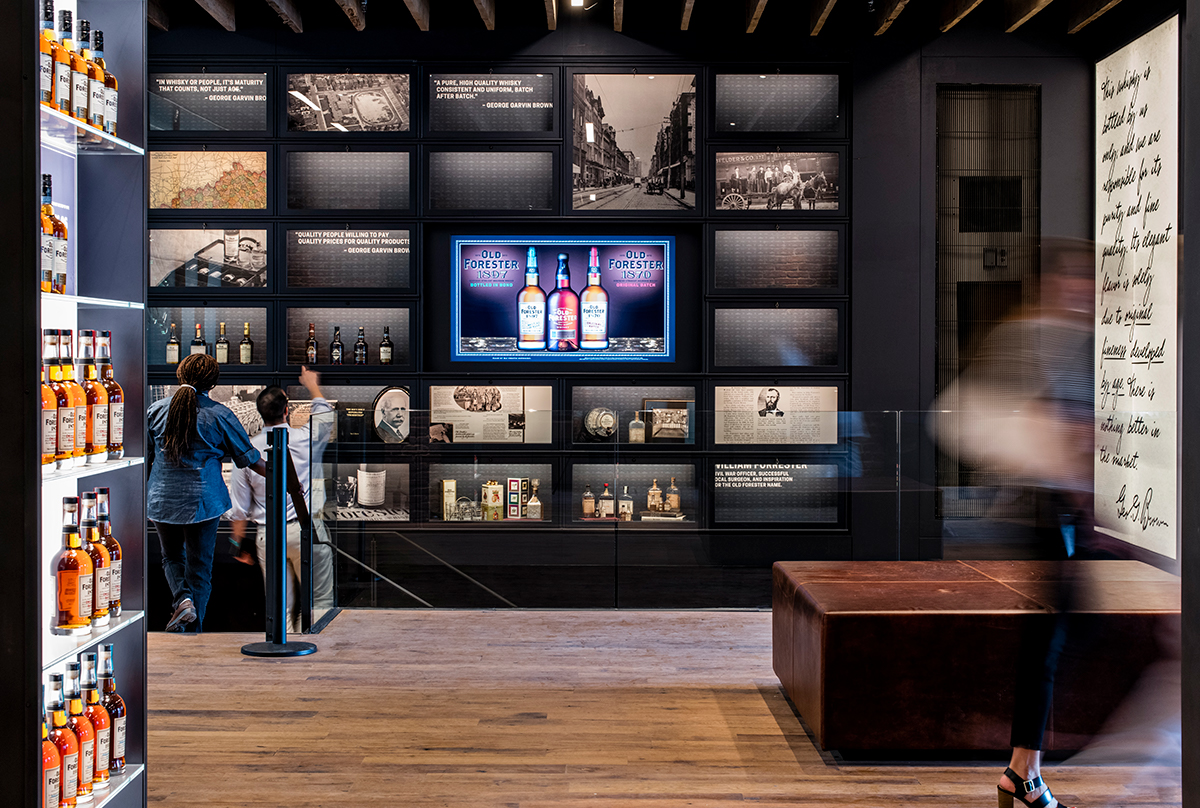 With considerations such as the barrel elevator, the only operating coopage in a Kentucky distillery, and the ease of tracking the process of making bourbon from grains through to tasting, the Old Forester Distilling Co. is the most comprehensive and educational bourbon experience in Louisville to date. As a result, the facility is an homage to Brown-Forman, Louisville, and bourbon itself.

Tours began June 15, 2018. You can find information regarding location, hours of operation, and how to make tour reservations by visiting their website here. 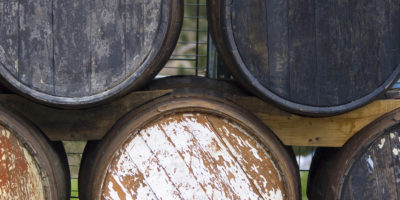 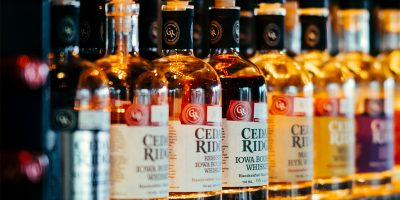 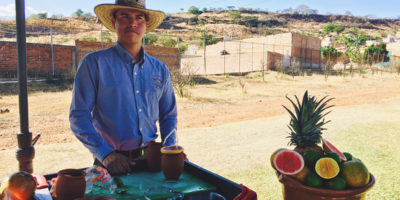 Cocktail of the Week: The Cantarito
Get into Spring with a light, fizzy, cocktail from Mexico