By Matt Strickland
December 8, 2019
Save

Time for a thought experiment: a time machine has been built. Naturally, a whiskey-crazed connoisseur uses it to bring back a famous distiller such as John Jameson or Elijah Craig to the present day. Of course, they’d be asked to distill some whiskey, perhaps at a local craft distillery. Think they could do it? The answer is “most likely” and they could probably do it without too much trouble.

The reason is that despite the proliferation of smartphones, genetic engineering, and putting people in space, the human species has yet to markedly improve on the technology of pot still distillation. Except for the continuous still invented in the late 1700s, the basic pot still design used by so many distillers across the globe would be fairly recognizable to distillers from centuries ago.

Pot stills are used to make many of the world’s great spirit styles, such as single malt scotch, cognac, many rums, and most mezcal. Conversely, large industrial column stills make the bulk of the alcohol produced on Earth. But the rudimentarily reliable pot still remains king in some important circles. 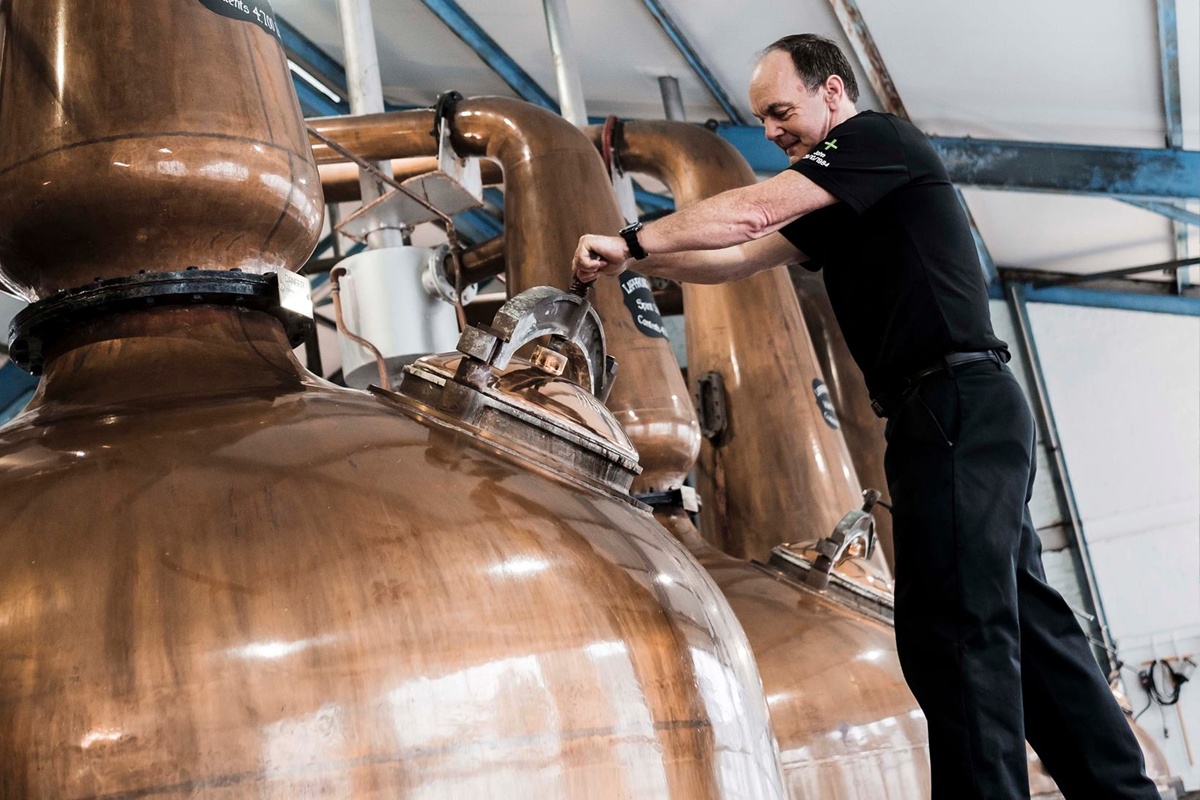 Pot stills form the basis of batch distillation. This means a specified amount of liquid goes into the still and gets distilled into spirit. Then the leftover dregs are dumped, the still gets cleaned out, and the whole process begins anew. This contrasts with continuous distillation which is…well, continuous, but that’s another story for another time.

The function of the pot still starts fittingly enough inside the pot. The pot is the large tub-like base that the rest of the components of the still attach themselves to. This is where the liquid to be distilled starts its transformative journey. The pot may be heated through a variety of means. This includes a steam jacket lining the outside walls of the pot or even a steam coil inside the pot itself. Traditionally, a direct flame from a burner is placed underneath the pot. This is common in cognac production and some scotch distillers stand by this method.

Breaking Down The Parts

As the liquid heats up, more volatile elements begin to vaporize and move up towards the neck of the still. The neck—occasionally called a “swan neck” due to its sometimes slightly avian appearance —may be preceded by a bulbous structure called an “onion” or an “ogee”. The ogee provides more surface area for vapors to interact with the copper. It also has the habit of causing a fraction of the vapors to condense prematurely and drop back down into the pot. This reflux reduces the amount of heavier flavor and aroma compounds in the spirit and produces a cleaner distillate. 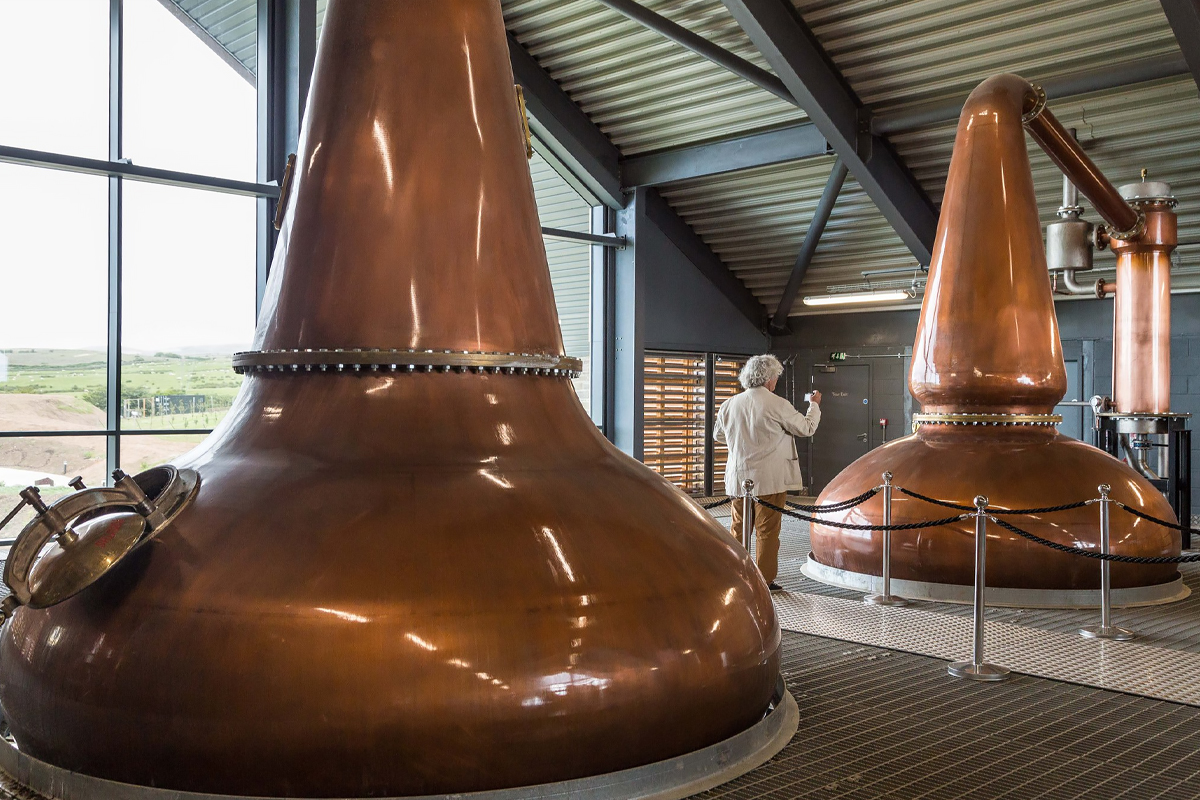 Found at the top of the neck in some stills is a device called a dephlegmator. This is a simple cooling device used to condense vapors back into the pot and increase the amount of reflux inside the still. From the neck, the vapors travel into the lyne arm, a horizontal-ish pipe that connects the neck to the condenser. 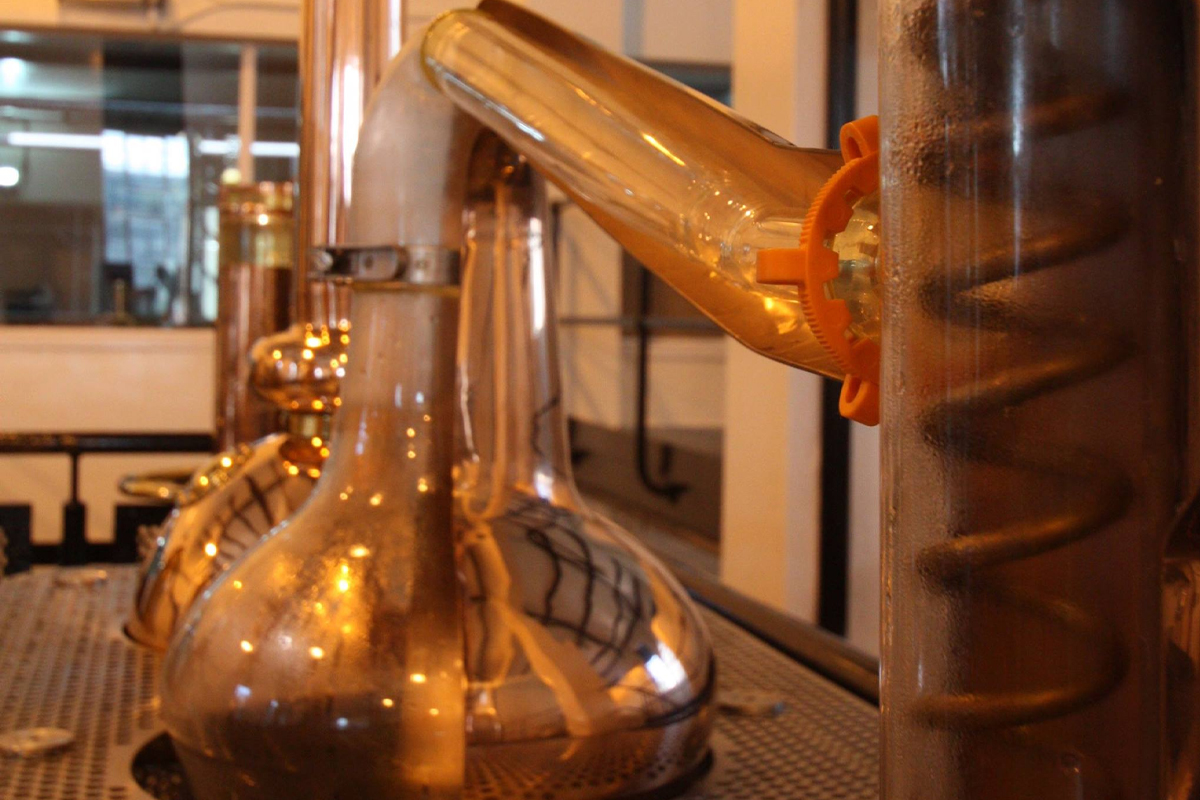 Minor mechanical advances aside, the components described above have been in use with pot still distillation for generations. Improvements on the design of the pot still have been iterative at best and there’s good reason for that: pot stills make good spirits rather easily. Don’t mess with success as they say. So, the next time you visit your local craft distillery, take a close look at the still. You’ll likely see most if not all of the components talked about here in action. And if you don’t, ask them about it. Distillers love talking about their stills. 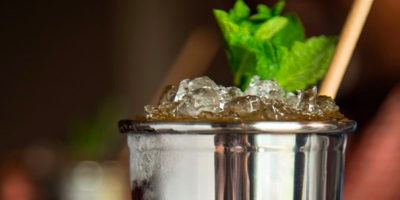 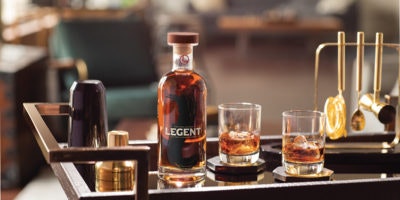 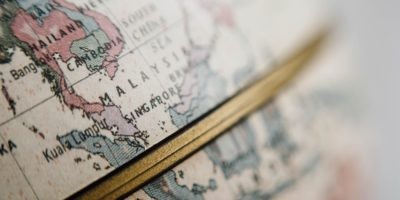