A Visit Out West to Wyoming Whiskey

Kirby, Wyoming boasts 92 residents. Ninety-two! But it’s also the site of the Mead family’s 1,000 acre ranch, which the Wyoming Whiskey distillery calls home. With about 7,000 barrels in their three, soon-to-be four, on-site warehouses, Wyoming Whiskey could sell about 76 barrels to each person in town. That might make for a hell of a party, but it’s a good thing they don’t—which ensures the rest of us get to enjoy it and indulge in one of the best non-Kentucky bourbons found anywhere across the country.

He’s a fifth-generation Wyoming rancher, with his family calling the state and its vast open lands home since the late 1800s. 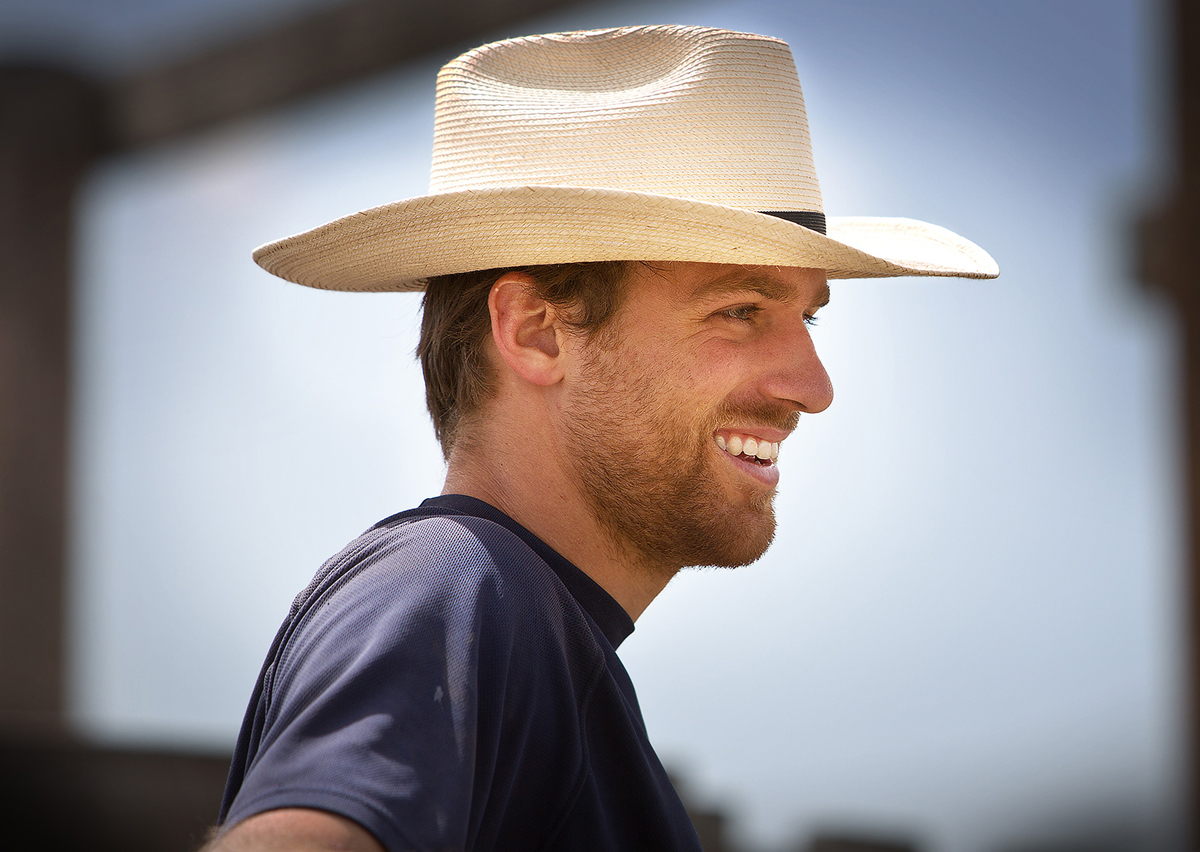 The Mead family wasn’t always destined to make whiskey. Far from it. They’re certainly busy enough with their property—they have another 10,000 acre ranch elsewhere in the state, with hundreds of pairs of cattle and assorted crops, whether alfalfa or hay. Nevertheless, a plan first hatched to try out wine production quickly changed course. “My mom [Kate Mead] originally wanted to grow grapes,” Mead says. “But that got us thinking, and whiskey came to the picture.”

LEARNING THE ROPES WITH A VERY TALL STILL

Before long, Sam’s father, co-founder Brad Mead, and COO David DeFazio came back from a trip to Kentucky with a 38-foot tall, 18-inch diameter Vendome column still. The still they purchased was larger than they originally had planned, “but there’s no point in getting half pregnant,” DeFazio says. If this Wyoming crew was going to get into bourbon, they were going to jump in all the way. 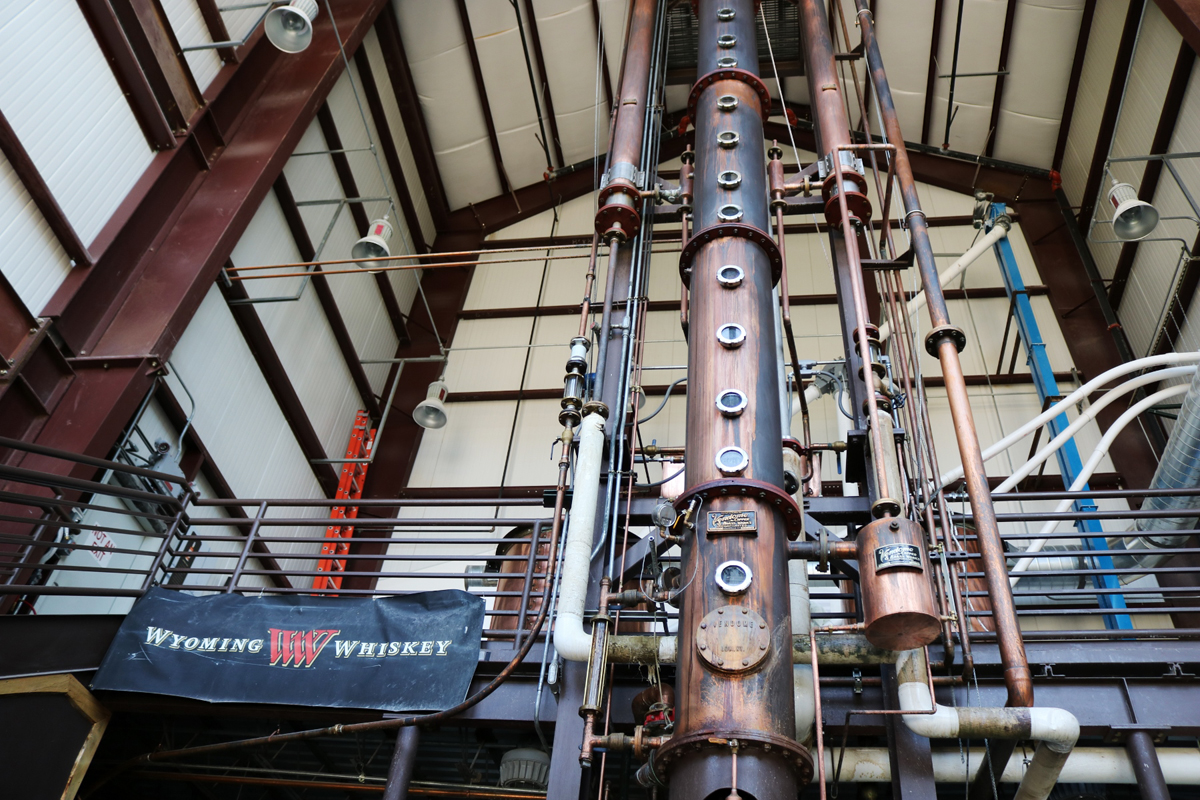 They also needed whiskey know-how to get things off the ground. In came Steve Nally, former Maker’s Mark master distiller, to run the show. As such, it shouldn’t be a surprise that some of what Wyoming Whiskey has become known for has a Maker’s feel to it. “There’s a lot of carry over which is kinda cool,” Mead says. That includes a wheated mashbill and open fermentation, and—while they’ve stopped doing so—they initially rotated their barrels as well.

Nally stayed on the job for approximately five years, and it wasn’t until the very end of his tenure that Sam had any role at the distillery whatsoever. He had been in Minnesota, where his wife was from, and was training to be a firefighter. Soon though, whiskey and Wyoming came a calling. 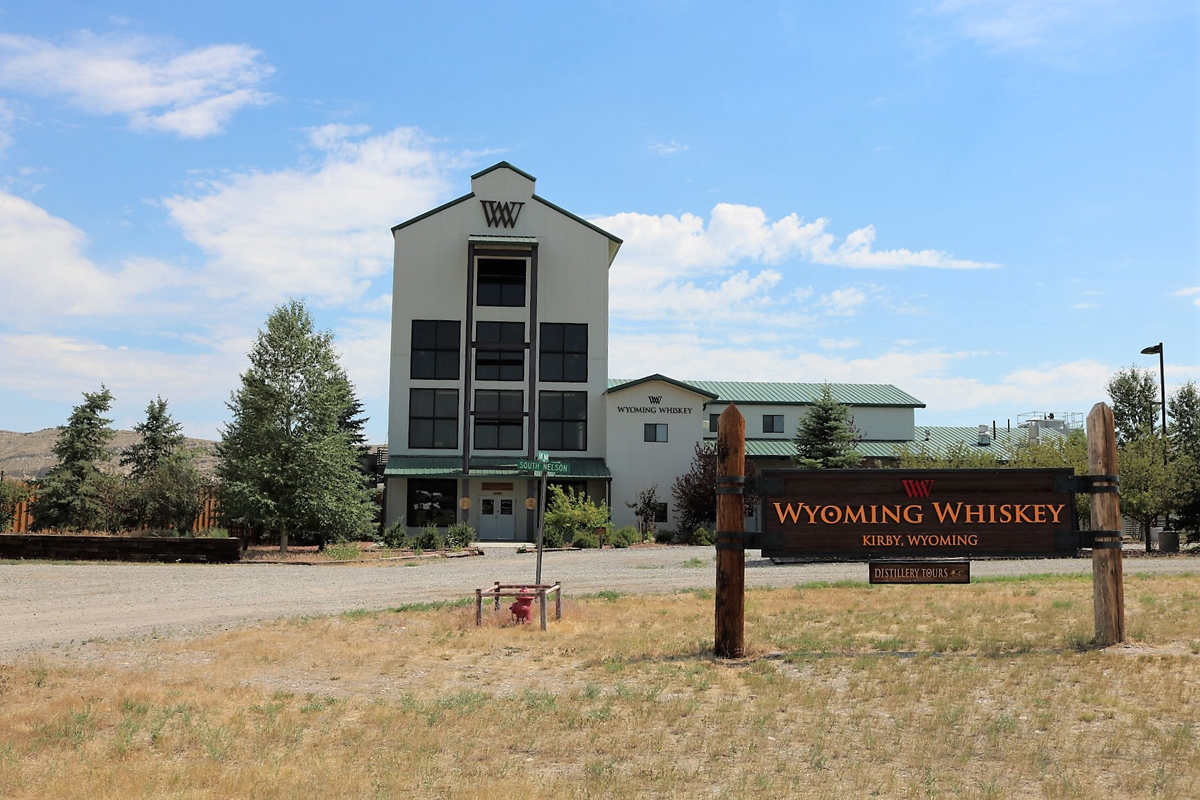 “I wanted to be in Wyoming more,” Mead says. Once back and immersed at the distillery, he found he had a lot to learn. “I was drinking from the fire hose.” It wasn’t long though until he found his way, and was able to increase efficiency and production at the distillery while maintaining the quality and craft. Not that Sam will tell you that himself.

“Sam is a bit modest,” DeFazio says. “He built on the tradition Steve brought in here.”

“QUALITY IN, QUALITY OUT”

Not only is he modest, but he’s also very much an everyman with his outlook on whiskey, and perhaps that helps him steer the ship as well. By design, Wyoming Whiskey Small Batch Bourbon is meant to be an affordable, everyday type of product. At roughly $40 for a five year-old, full-size barrel matured bourbon from beyond a traditional Kentucky powerhouse, it fits the bill. 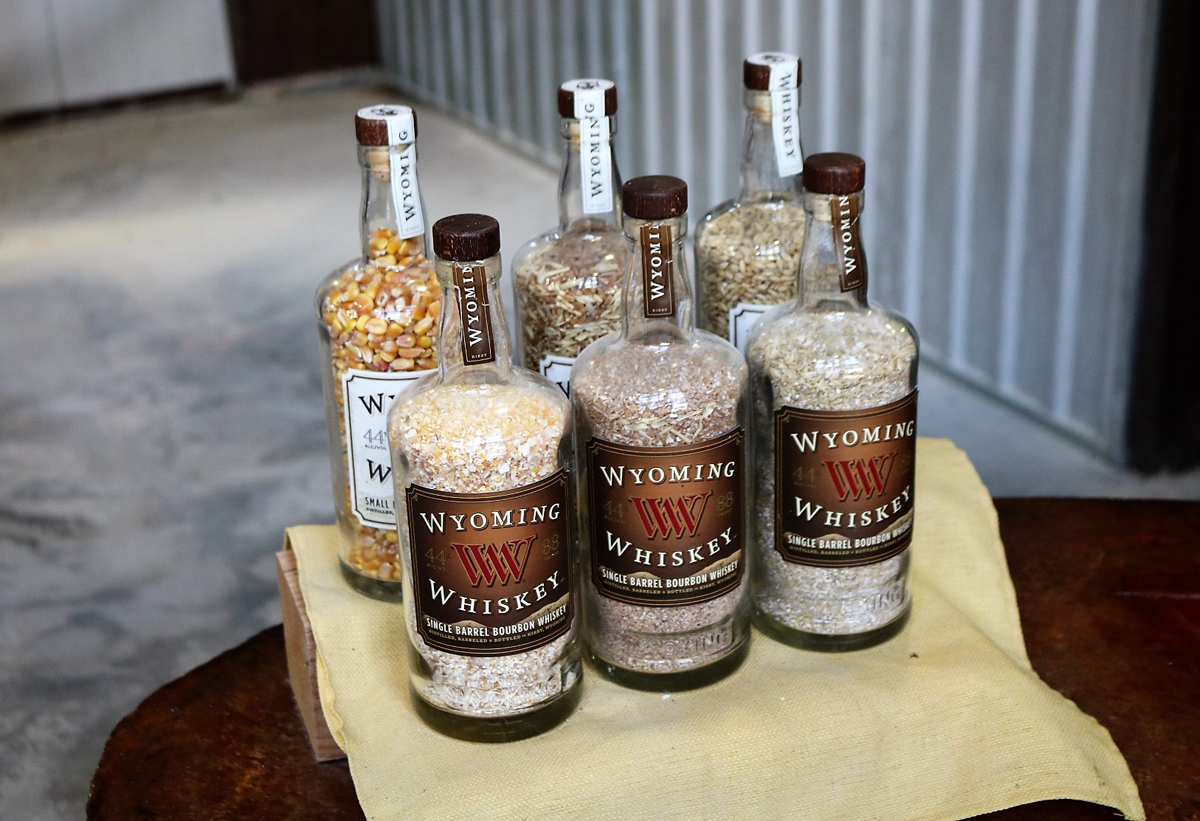 “I’m not gonna spend $50 or $60 on a bottle for something I don’t even know,” Mead says, echoing the sentiments of most whiskey drinkers. He also understands that there’s no such thing as a single “best” whiskey for everyone. “It’s so subjective.”

So they do what they do, they focus on their own quality and methodology, and they let time run its course. “Quality in, quality out,” Mead says. “And one of the keys to making great whiskey is to use full-size barrels… there’s no shortcuts.”

WYOMING THROUGH AND THROUGH

Everything has been made by them on-site from square one, although admittedly, part of that was happenstance. Mead says they were so “naive” that they didn’t know that sourcing whiskey or contracting production was a path they could even take. “It probably would have been smarter,” he says with a laugh. Now though, they’re able to say they’ve always been Wyoming through and through. “It’s a badge of honor.” 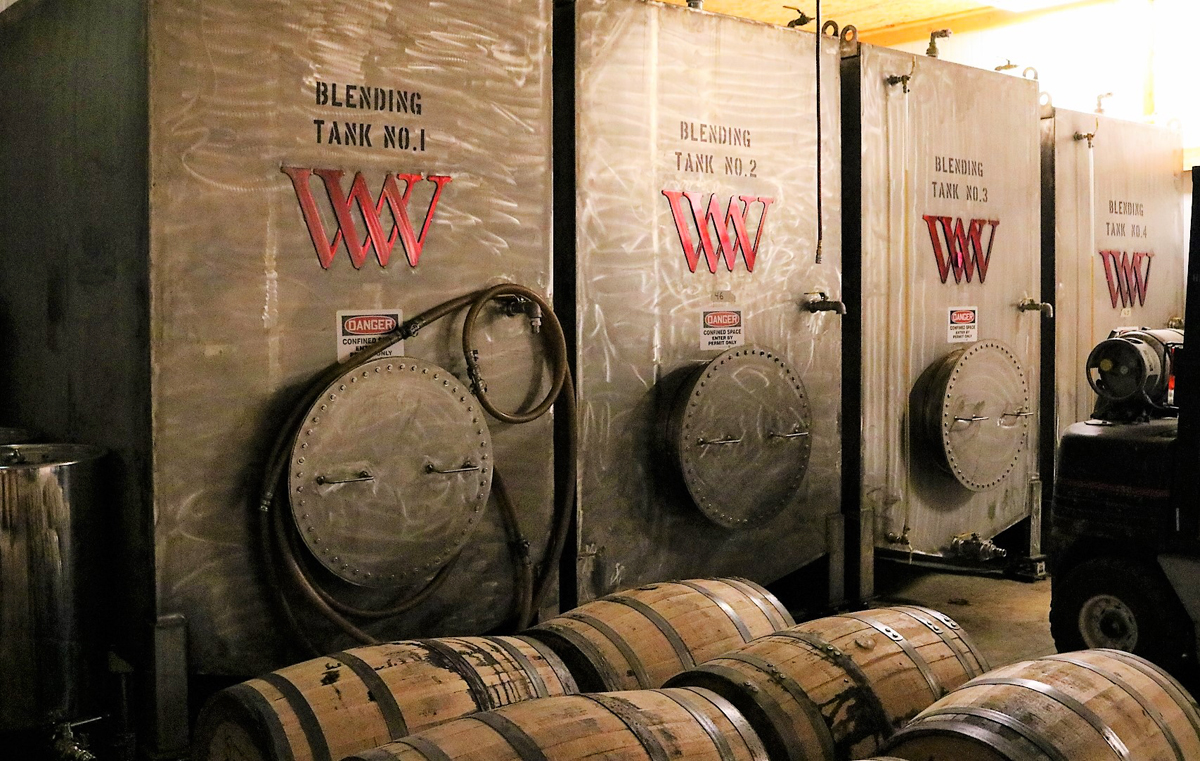 They also didn’t follow another early revenue track for upstart distillers, producing clear spirits while the whiskey matured. “None of us drank vodka,” Mead says matter-of-factly as to why.

SELLING WHISKEY BY THE BARREL

With eight years of production under the distillery’s belt, they’ve now flipped positions to be among the more elder-statesmen of the craft whiskey world, and they’ve sold a total of about 1,500 barrels to other producers looking for stock. 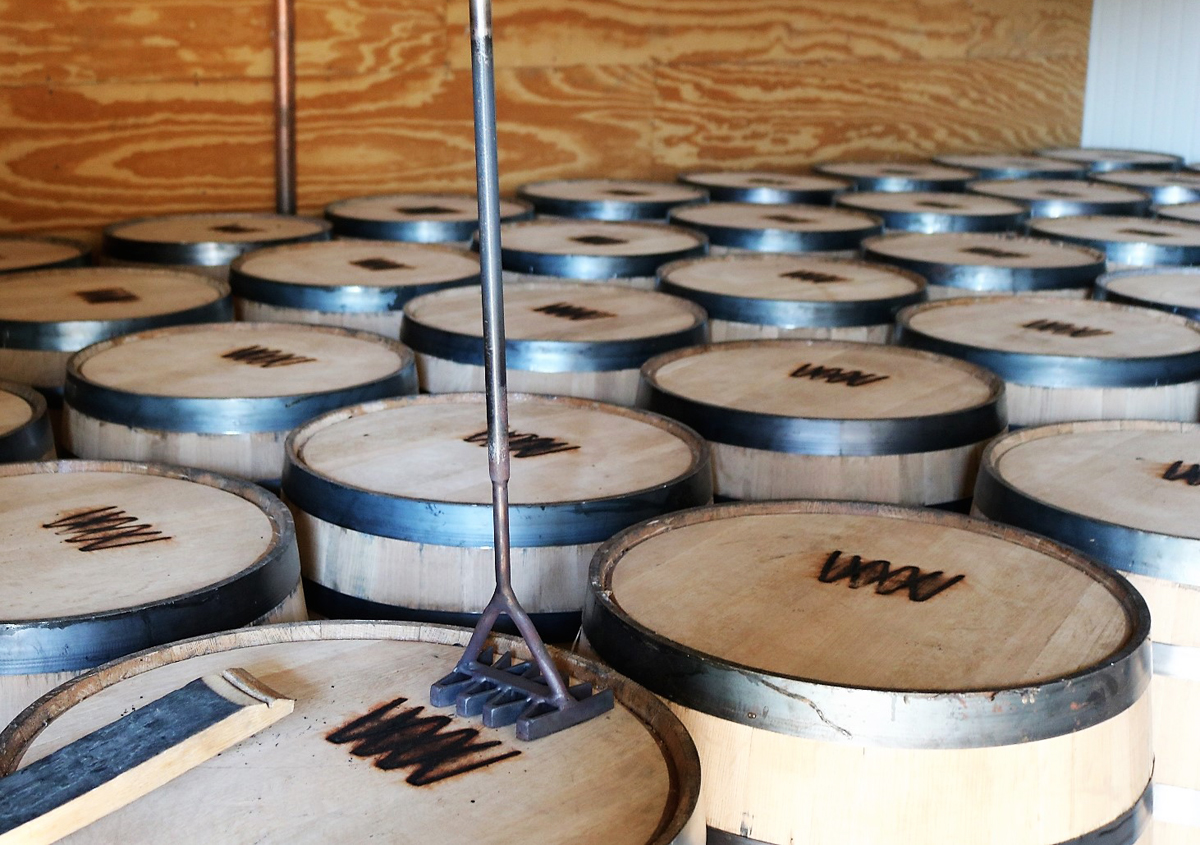 “We got lucky to get ahead of it,” DeFazio says, citing that there were less than 100 DSPs (Distilled Spirits Plant Numbers) in the country when they began, compared to the thousands present today. And Mead says he enjoys being able to help younger distilleries move in the right direction.

Selling stock by the barrel was also convenient when they didn’t have the warehouse capacity nor the sales to move everything they made fully-matured at retail. That’s a practice that will likely have to stop by the end of the year though as the brand continues to grow.

Don’t be surprised if in the near future you see one of the big boys come in and purchase a stake in the company. They’ve been approached by several suitors, but haven’t found the perfect fit, and if it’s not there, they’re not going to bite. They’re looking to retain ownership control, along with all the whys and hows and whos behind their whiskey, while the huge upside would come in the form of entering and growing new markets with a larger, boots-on-the-ground sales and support staff. 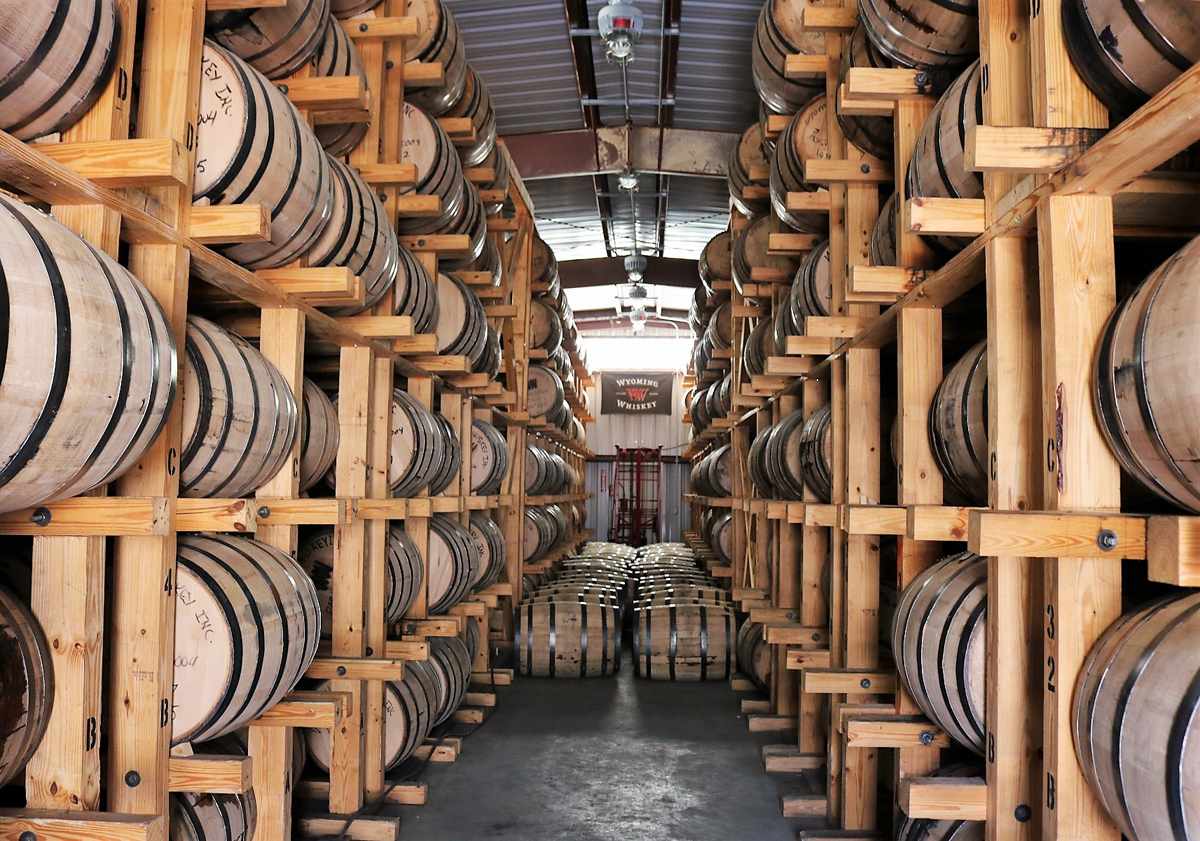 Whether or not that happens though, the everyman ethos is impossible to escape at Wyoming Whiskey. The impact of the land is felt in other ways, from the dry climate and elevation, to the distillery’s Wyoming-grown grain and limestone aquifer water, and the way its extreme weather swings affect maturation.

There might be a new source of influence in the future, too. After a recent trip to Iceland, and learning about Flóki whisky’s sheep dung-smoked malted barley, Mead got to thinking about his own locally available resources. Buffalo chip smoked whiskey? Hasn’t been done yet… but it might be. 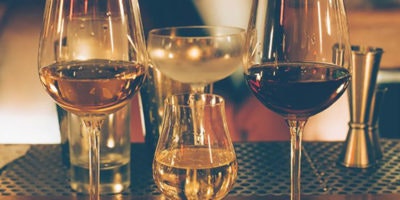 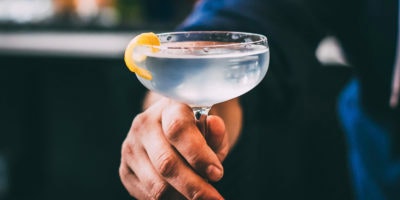 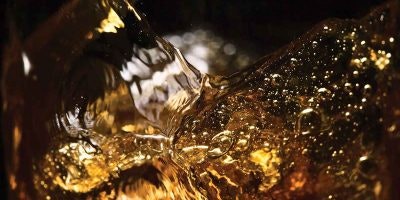