When Phil Brandon founded Rock Town Distillery in 2010, it became the first distillery in Arkansas since Prohibition. While craft distilling has found more of a foothold in the state over the past decade, Rock Town is still proudly the only distillery located in the city of Little Rock, the state capital. “Ya gotta realize Little Rock is a 150,000 person town,” he reminds. Its size hasn’t hindered the distillery’s own growth, though. Rock Town has joined the ranks of craft producers that have managed to put bottled-in-bond whiskey on the shelf, a crucial distinguishing mark of progress. Not to mention it’s producing a diverse and exciting array of whiskey.

For Brandon, launching Rock Town Distillery wasn’t a retirement project or an investment toy. Rather it was a business born out of passion and necessity. After being laid off by Alltel Wireless, he was forced to reevaluate his career prospects. “It was like find a job or make a job,” he says. With an engineering degree and an MBA in his back pocket, and an appreciation for craft beer as well as the beginning rumblings of the soon-to-be exploding craft distillation scene, he took a bold leap. 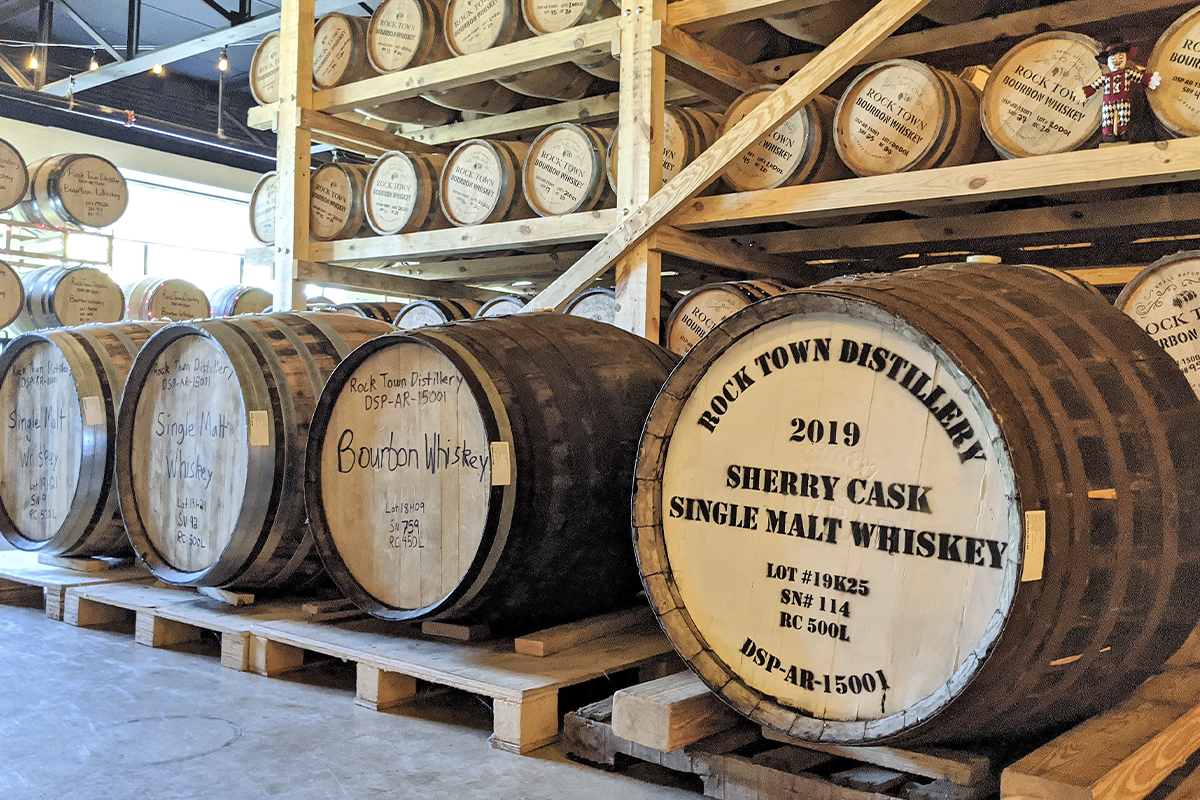 He drew inspiration from a coast-to-coast contingent of craft distilling’s first wave — operations such as Tuthilltown Spirits in New York and Dry Fly Distilling in Washington State. But being born and raised in Little Rock, with his family ties stretching back multiple generations in the city, he knew Rock Town Distillery needed to be kept local. “That was the other part of this, this is home,” Brandon says. “I felt like Arkansas needed its own whiskey distillery. And damn … if I could make whiskey, that would be cool!”

He received an SBA loan in the wake of the 2008 recession and started from the ground up, helping to create or change legislation as required to get his dream off the ground. “So I put together a plan to start a distillery myself,” Brandon says. “Put all my chips on the middle of the table and rolled the dice. We started this thing with nothing.”

Brandon is grateful that he received so much crucial advice and inspiration in his early days. For this reason he strives to do the same thing for today’s upstarts. “The distilling community is one that’s more willing to help each other than any other industry I’ve seen,” he says. “And the first five years were super hard, we were underwater the entire time. ‘Snorkeling,’ as my friend says.”

He believes the only reason that Rock Town Distillery has been able to survive the impact of the pandemic was having had enough time to emerge past those first years. Other younger and less well positioned distilleries haven’t been as fortunate. As a result, Brandon continues advocating more legislative changes. In the past he’s advocated for being able to sell alcohol, and then cocktails, on-site.

Currently, he’s working on codifying a state law to allow for small distilleries to self-distribute and more broadly allowing distilleries to ship out of state and directly to the consumer. But there are threats looming even beyond the pandemic. This includes the potential that Congress doesn’t extend legislation which slashed excise tax levels for small distilleries. “That was a game changer for us originally,” he says. “It will be devastating [if it’s not extended] and you’re going to see a million distilleries close.”

There’s bipartisan support for such efforts, but little momentum in pushing ahead a standalone piece of legislation. It needs a larger vehicle with which to be attached. “It’s like you know how to drive but you don’t have a car,” Brandon says. While Rock Town Distillery moved into a larger facility in 2018, such uncertainties and the potential for a massive increase in costs have prevented them from further expansion and investing in production increases. 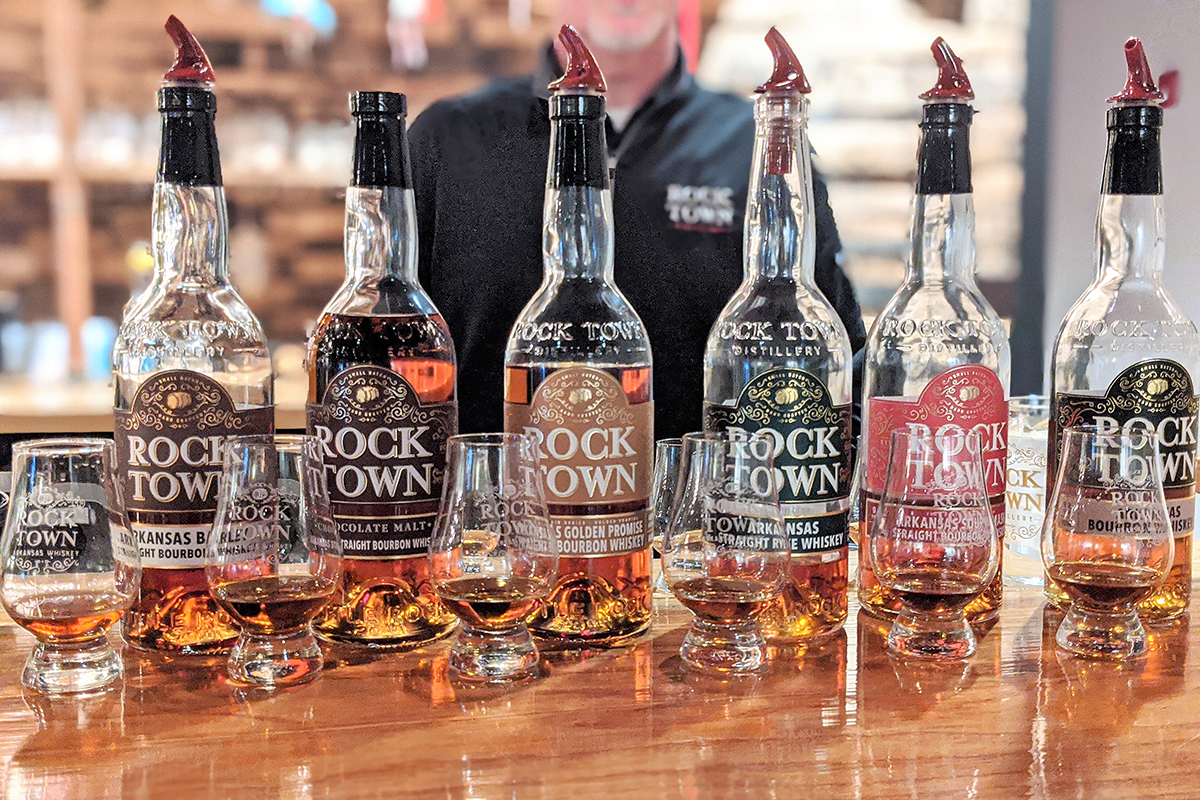 Rock Town Distillery produces a range of spirits, including gin and numerous vodkas and moonshines. “But I got into this business because I wanted to make whiskey,” Brandon says. And within that sphere, he’s always leaned into his locale as much as possible. “Arkansas has great water, great crops. When we started, we wanted all Arkansas grains, but there was no rye in Arkansas.”

Therefore the distillery went for a wheated mash bill, and it didn’t hurt that it was one of Dave Pickerell’s early consulting clients. “He’s a genius and was a ton of help,” Brandon says. “We started with the Maker’s Mark recipe but the wheat was too much for our small still. So we gradually reduced it from there until we hit the sweet spot.” The result is the core of their lineup, Rock Town Arkansas Bourbon, with an 82% corn, 9% wheat and 9% malted barley mash bill.

It has since found farmers to produce rye in Arkansas, and have put it to use in its Four Grain Sour Mash Arkansas Bourbon, as well as its Arkansas Straight Rye Whiskey. The distillery now uses it in its low-rye mash bill bourbon as well. That’s only the start, though. Brandon has released everything from Hickory-Smoked Whiskey to Arkansas Straight Barley Bourbon, with a 61% corn, 30% unmalted barley and 9% malted barley mash bill.

Rock Town Distillery also produces limited-edition anniversary releases. Last year was a single malt finished for a year in a cognac cask. And for the 10th anniversary this year, Brandon went big with a blend of 5-year-old rye and bourbon, married together for six months. There’s no shortage of exciting potential future releases, either. A stroll through the on-site barrel room offers a glimpse at sherry butts and new French oak casks. In addition to maturing single malts, there’s peated bourbon, rice bourbon, sorghum whiskey, and more.

Also noteworthy is the flavor grain series. Brandon starts with his 82-9-9 mash bill, and subs out the 9% wheat component for a range of other flavor grains. Offerings thus far include chocolate malt and a local variety of barley known as Arkansas Golden Promise. “Doing the exploration and seeing how just 9% of the mash bill can make such a big difference, that’s just wow, the most interesting,” Brandon says.

“When you think about all the little things we do to make our whiskey different and unique,” Brandon continues, rattling off everything from distillation temperatures to proofing to filtration techniques and water supply, “it all affects flavor. And if you’re not at least trying to see what the difference would be by changing one of those variables you’re not really ‘distilling.’ You’re manufacturing. I’m interested in where the science and the art collide,” Brandon says.

You can taste that collision in a bottle of Rock Town Distillery whiskey.

Want to see everything Rock Town Distillery has to offer? 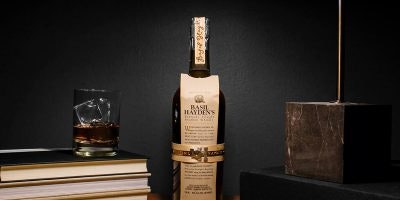 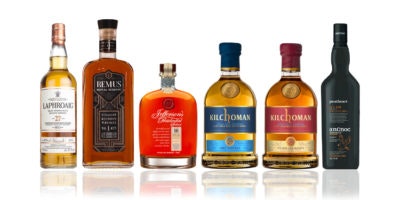 New Booze News: Jefferson’s Presidential Select, Kilchoman, Laphroaig 27 Year and More!
Be the first to know about upcoming booze, before it hits the shelves: Week of October 30th 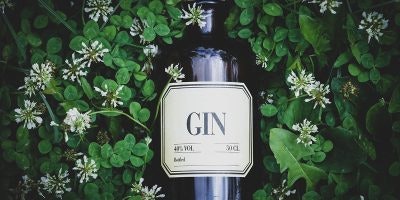