Distiller.com uses cookies that are essential for us to operate the website and that are helpful for us to improve the services. By continuing to browse our website, you agree to first-party and third-party cookies being stored on your device. Learn More About Cookies
Jeptha Creed: A Closer Look at the Kentucky Farm Distillery
By Jake Emen
January 6, 2021
Save

Ne Oublie. In Scottish Gaelic, it means “never forget,” and the saying has been an integral part of Nethery family history. When the family decided to use some of its own crops in pursuit of a distillery the saying became its founding motto: don’t forget where you came from. The phrase links the family’s heritage all the way from its Scotland roots to its Kentucky farm and modern day stillhouse in Shelbyville. At Jeptha Creed Distillery, the name and story are proudly carried forward today.

Jeptha Creed is a multi-generational family affair. Joyce Nethery serves as master distiller, putting her chemistry background to use. Meanwhile her husband Bruce first had the dream to pursue the project. Both work the distillery and the fields, producing the raw ingredients Joyce uses. Daughter Autumn, co-owner and marketing manager, spent time studying distillation at Heriot-Watt University in Edinburgh. Even son Hunter now has his foot in the distillery’s door as well.

“Bruce is growing the corn, mother Joyce is cooking the corn, Autumn is selling the corn, and I think maybe Hunter is destined to be counting the coins of the corn,” jokes Shane Best, the distillery’s gregarious guide.

He goes on to tell the tale of how the distillery takes its name from Jeptha Knob, the highest point in the state of Kentucky. The geographic feature was discovered by brothers Squire and Daniel Boone. It’s located in Shelbyville, where James Nethery settled with his family in the early 18th Century. “The ‘creed’ of Jeptha Creed is our promise to go back to our heritage in everything we’re doing,” Best says.

Best may be the one to drive visitors down the short road from the expansive visitor’s center to a barrel barn besides a plot of crops. It’s there that you’ll get a glimpse of what’s become a fundamental aspect of the Jeptha Creed story. 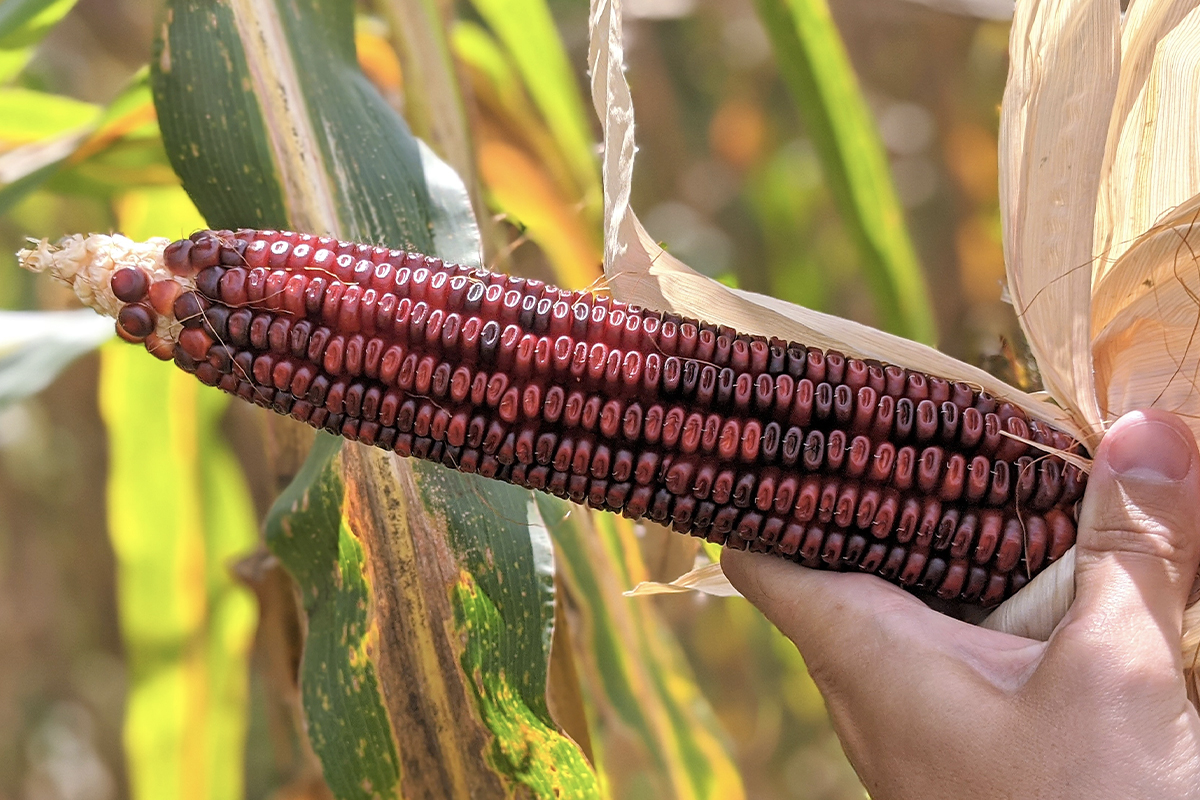 Fittingly enough for a distillery powered by a family farm, it’s the raw ingredients that take the spotlight. Notably this includes Bloody Butcher corn; its deep crimson kernels are the backbone of the distillery’s bourbon. The four-grain bourbon showcases 70% Bloody Butcher alongside 15% malted rye, 10% malted wheat and 5% malted barley.

The aim isn’t to bring about any specific flavor, but rather, to showcase what’s inherent in that variety. “I want the bourbon to highlight the flavors of this corn itself, it has a great sweetness,” Joyce says. “And some fruit flavors, black cherry, nuttiness with walnut and pecan, baking spices. I just want it to shine on its own.”

You may get your first taste of Bloody Butcher in the aforementioned barn besides the field. Open up the large sliding doors and two long rows of plush leather chairs are lining a walkway set between rows of barrel ricks. With a barrel pick program slated to launch next year, it’s a fitting environment to pick out a single barrel. Overall, it’s one of the most stunning tasting rooms to be found anywhere in Kentucky. 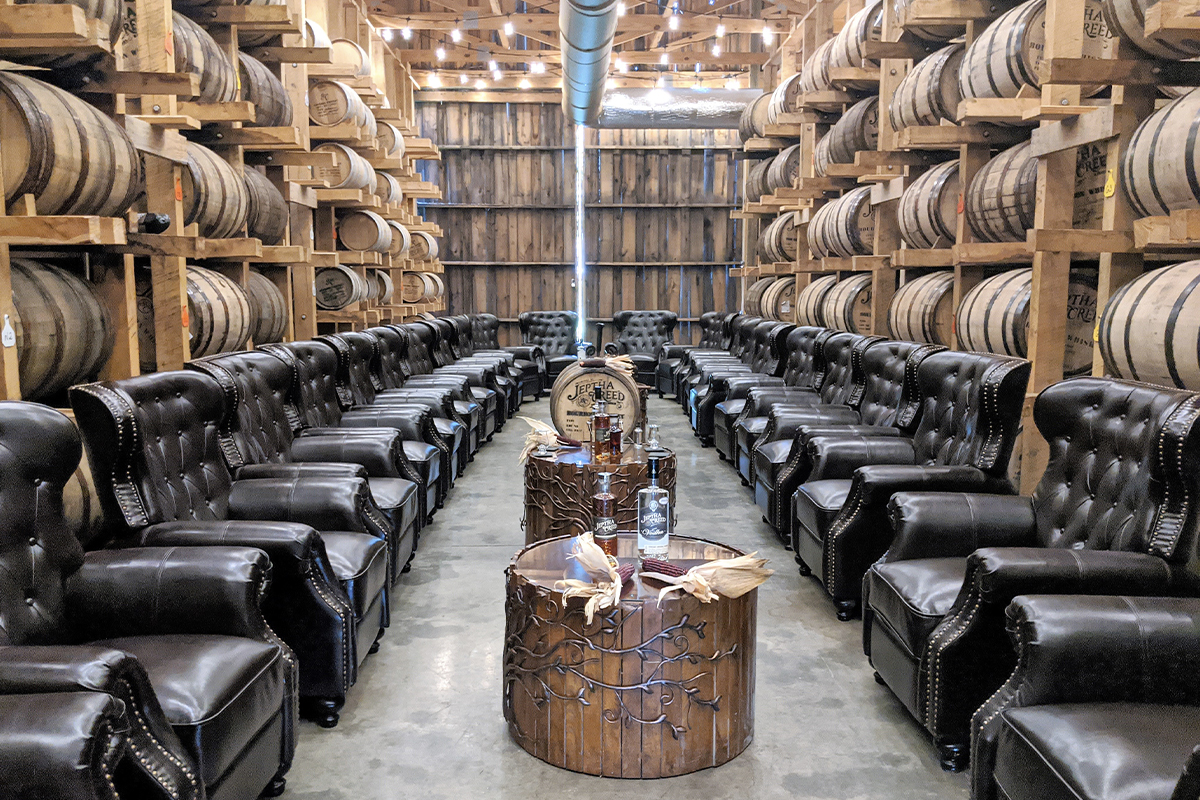 The distillery has approximately 4,000 barrels stored on-site, and currently uses a mix of full-size and smaller barrels. “Joyce uses those like salt and pepper,” Best says. “That’s the beauty of being a craft distiller.”

Joyce’s preferred analogy for barrel maturation is child rearing. “It’s kind of like kids growing up in a way, they have good and bad periods at different times,” she says.

While Bloody Butcher may be the star of the show, the distillery also produces 100% corn vodka, as well as moonshine. Additionally, there are other homegrown ingredients of note. Take the case of PawPaw Brandy, made from locally grown pawpaw fruit. Wholly unique — and apparently quite challenging to harvest and produce. The resulting brandy showcases aromas of mango and tropical fruit, with custardy flavors, banana Runts, and a bit of funk. 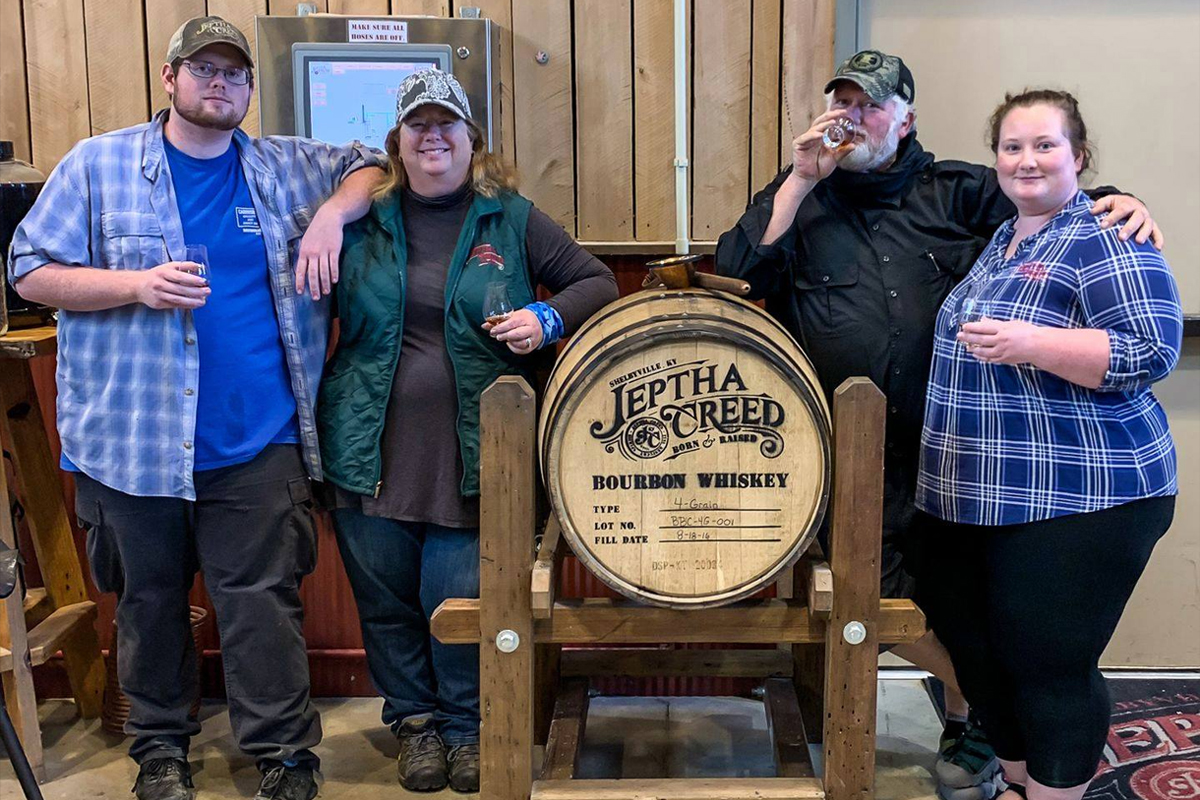 “Bourbon is our flagship, and it’s where our heart is,” Joyce says. “But our drive for doing what we’re doing is the whole ground to glass concept, making excellent spirits with what the Kentucky soil produces.”

In the future, other releases to look forward to include a patriotic release slated for Veterans Day 2022, when a bonded whiskey made with red, white and blue corn comes of age. There’s single malt en route too, currently stashed away in used barrels, alongside a range of other experiments and side projects.

Make no mistake, though. After starting with a single experimental planting and now expanding to 450 acres of Bloody Butcher, those eye-catching red ears of corn will remain at the forefront. Alongside centuries of history whose caretakers have vowed to remember at every step. Ne Oublie.

Ready to grab a bottle from Jeptha Creed? 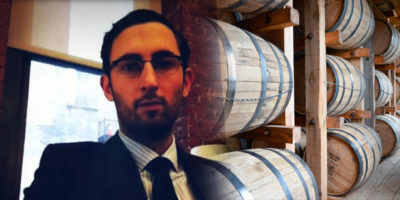 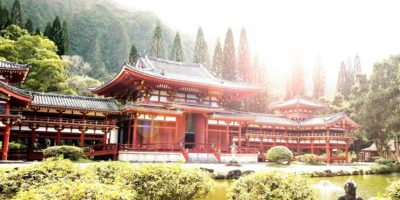 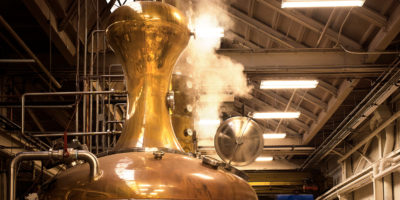 Distilleries Begin Producing Hand Sanitizer During Outbreak
When faced with a crisis, these distilleries are stepping up