And just like that, May has come to a close. It’s been a big month for releases and this week was no exception. Highlights for the week include the new Old Charter Oak French Oak from Buffalo Trace. Also of note is the inaugural bourbon release from Peerless Distilling Co. That sweet mash bourbon will be available later in June.

In single malt news, the US is now home to Starward Nova Single Malt. This Australian distillery was founded in 2007 and has had several whiskeys on the market, but this is the first one to come Stateside. Turning to Scotland, this week is the annual Fèis Ìle, the Islay Festival of Music and Malt, held each spring. Lagavulin and Caol Ila both announced their limited edition bottlings for the event with 19 and 22 year-old releases respectively. Finally, Hunter Laing & Co. announced its new Islay single malt range called Scarabus. The first release for the range will be available worldwide come June, so keep your eyes peeled.

Check out all of the new and upcoming whiskey releases for the week of May 27, 2019!

Old Charter Oak French Oak is the second Kentucky Straight Bourbon release from the Buffalo Trace Old Charter Oak series which launched late in 2018.  The series features the use of different oak varietals to age the bourbon. Although most bourbon ages in white oak from the Ozarks, officially bourbon only requires that new, charred oak containers be used. The type of oak isn’t specified. The oak in the series will be sourced from different regions, countries and ages, including some century oaks.

This bottling features oak sourced from France. The oak barrels arrived at Buffalo Trace in 2007 and were filled with Buffalo Trace mash bill #1. Aged for 12 years, Old Charter Oak French Oak will be available in June 2019 in limited quantities. SRP $69.99. 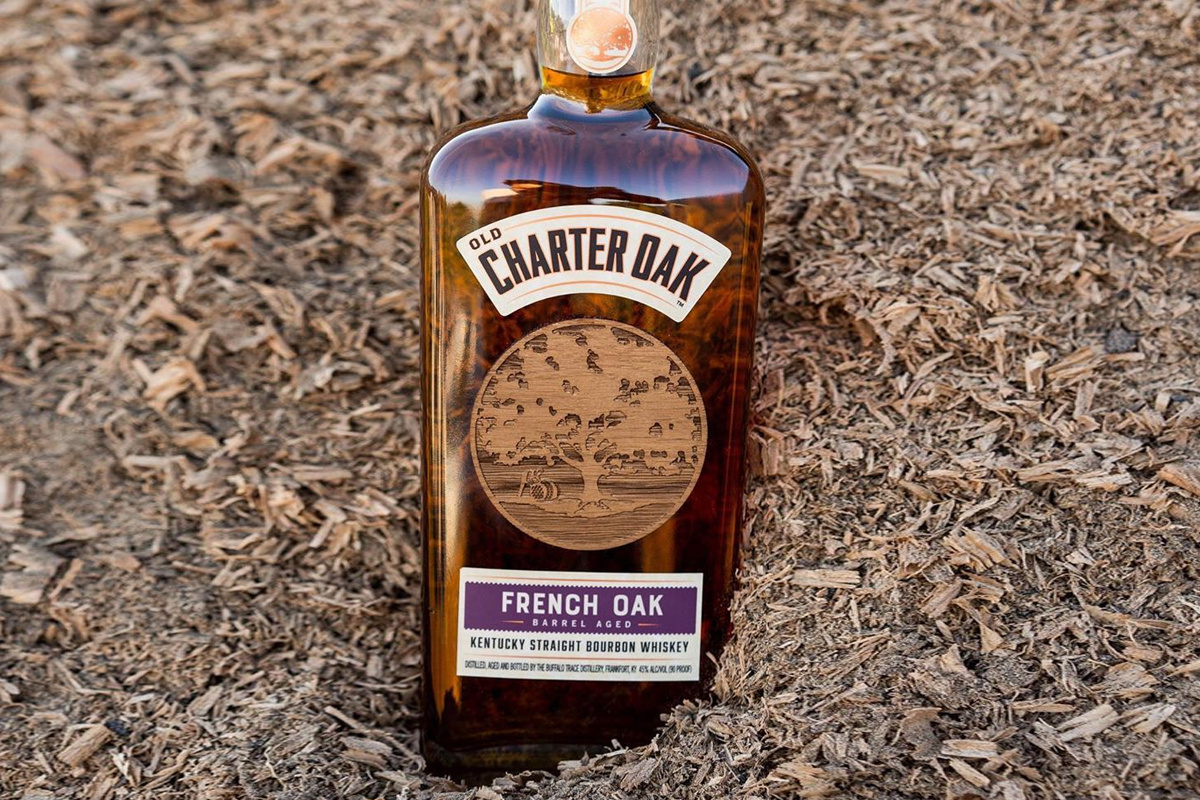 This is the first bourbon release for Louisville-based Peerless Distilling Co. Like the distillery’s rye releases, a sweet mash rather than a sour mash is used in its production. The Kentucky straight bourbon is bottled at cask strength without chill-filtration and hits shelves in June 2019.

Peerless is also holding a special event at the distillery in Louisville on June 22, 2019 in honor of this inaugural bourbon release. Free tastings of both Peerless Bourbon and Rye will be available, as well as the opportunity to purchase a bottle—while supplies last. You can find out more information about the event here. 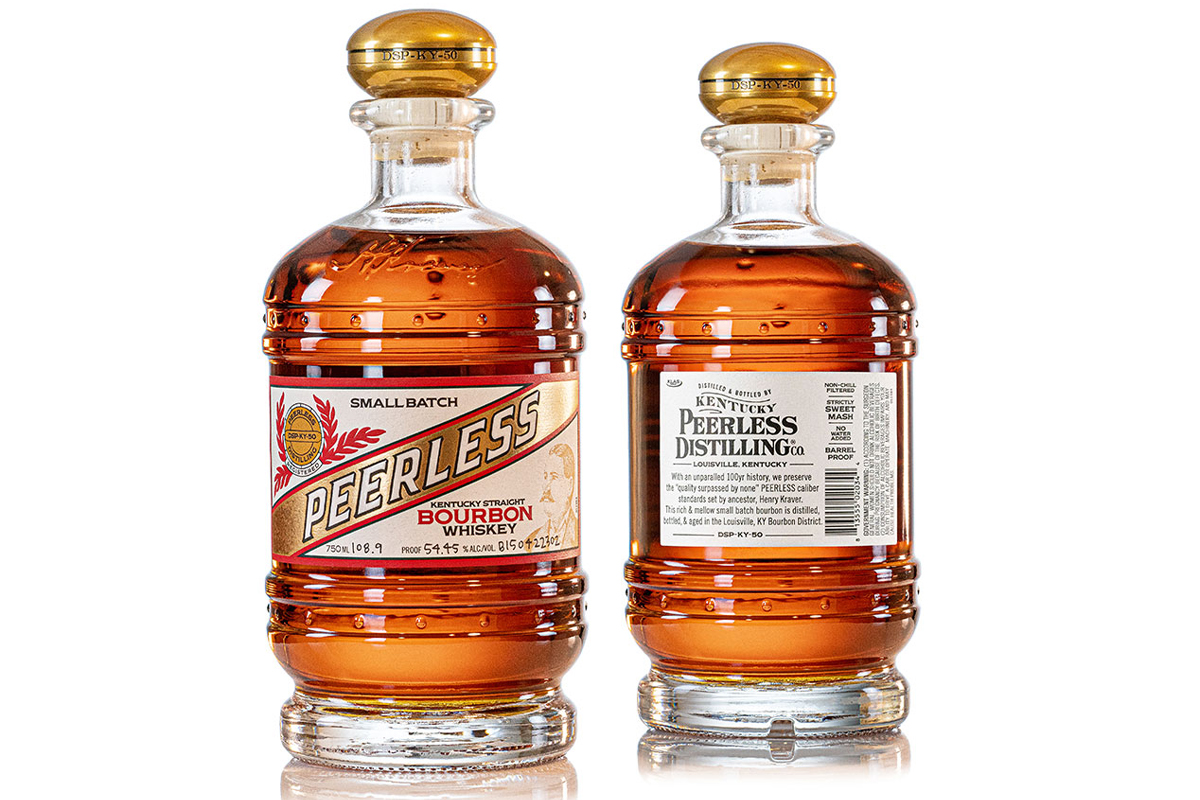 “I wanted to sip something with my people at my house that was truly different, something you couldn’t find anywhere else,” says Jon Buscemi of his new project. “When we found the Master Distiller in Northern California, we knew we found what we were looking for, for our first release. He’s an artist. We brought some special rye to the table and blended a juice that is balanced and rich.”

Wolves First Run is a blend of three whiskeys. The first was double-distilled from a stout beer and aged in French oak for 8 years. The second is a pilsner beer double-distilled and aged in new American oak for 5 years. The final is a sourced rye from Indiana. Wolves First Run is bottled at 106 proof and only 898 bottles will be available. SRP $150. 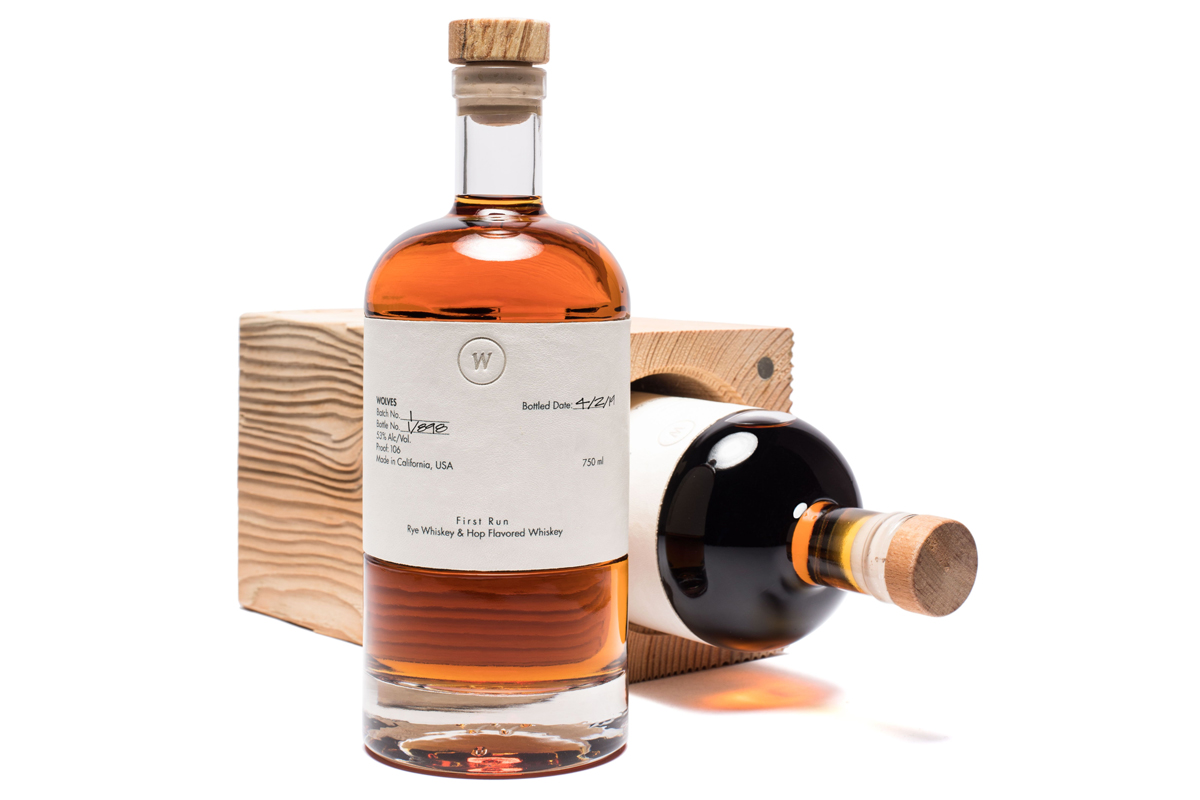 First launched in 2016, Starward Nova is making its Stateside debut as of May 2019. This single malt is made from 100% Australian malted barley. Nova fully-matures in uncharred wine barrels which held Australian wines such as shiraz, cabernet sauvignon and pinot noir. A key whiskey component to Nova aged in 100L barrels which formerly held Barossa shiraz. The single malt bears no-age statement.

“Starward began with a simple vision: to make a distinctly Australian whisky we could offer the world with pride,” says David Vitale, founder of Starward Whisky. “I have long dreamed of being able to share our whisky in the U.S. It is a genuinely exciting time for the team as we take the next step on our Starward-bound journey.” 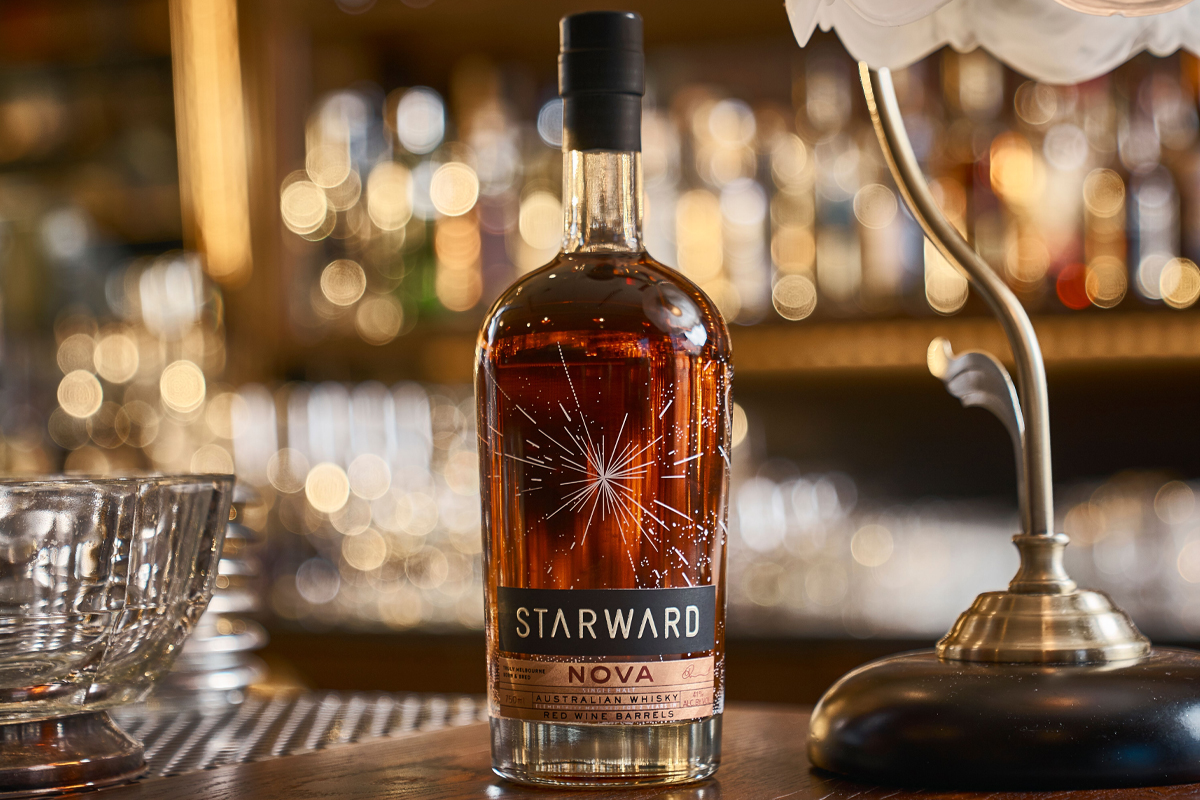 Hand-selected by the distillery team at Lagavulin, this release launched at the distillery on the morning of May 25, 2019, the Open Day for Fèis Ìle. The single malt matured for a total of 19 years—first in refill oak, then in sherry-treated freshly-charred American oak hogsheads. The whisky finishes its maturation in old European oak puncheons. Only 6,000 bottles have been produced.

“Fèis Ìle is our yearly celebration of music and single malt scotch whisky,” says Colin Gordon, Lagavulin distillery manager. “It’s such an exciting time for us all on the Island and we always look forward to welcoming guests behind the scenes at Lagavulin. Each bottle represents a part of our story at the distillery and is extra special because it’s been chosen by everyone here—from the visitor center to the warehouse teams. We’re sure it will surprise and delight both the familiar and new faces at this years festival.”

SRP £150 available at the distillery only. 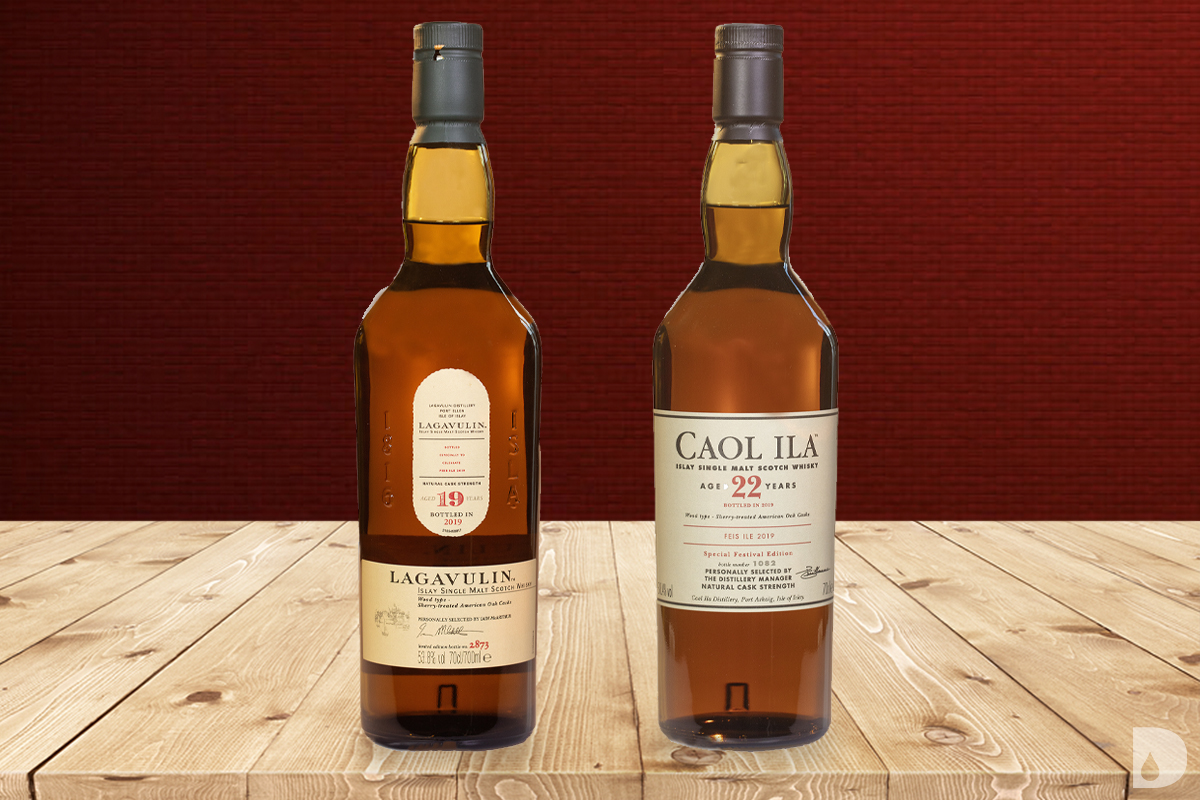 Hand-picked by the distillery team at Caol Ila, the 2019 release began sales the morning of Monday May 27, 2019, the distillery’s Open Day for the fest. The single malt matured for 22 years in sherry-treated, freshly-charred American oak hogsheads. Bottled at a natural cask strength of 58.4% ABV, only 3,000 bottles were produced.

“As with every bottle, a lot of careful thought has been put into our Fèis Ìle expression,” says Pierrick Guillaume, Caol Ila distillery manager. “We’ve taken the usual complexity of Caol Ila and used the cask influence to balance this, creating something really unique from our distillery. Everyone here is extremely proud to share this with our guests at the festival this week and want them to enjoy a special piece of Islay’s heritage when they head home from our beautiful island.”

SRP £130 available at the distillery only.

Scarabus Specially Selected Single Malt is the first release for Hunter Laing & Co. under the Scarabus range. It was released to celebrate the 2019 Fèis Ìle celebration. Those attending the fest were able to try the whisky first at Hunter Laing & Co.’s newly opened Islay distillery, Ardnahoe. The peated Islay single malt from an undisclosed distillery bears no age statement. Scarbus Specially Selected will be available worldwide beginning June 2019.

“We’re extremely proud of the Scarabus whisky and the Fèis Ìle Festival is the perfect place to release the first bottling,” says Managing Director Stewart Laing. “We aimed to produce an expression that showcases a traditional Islay whisky style, and the unmistakable Islay smoke matches wonderfully with the rich, sweeter notes that linger on the finish.” 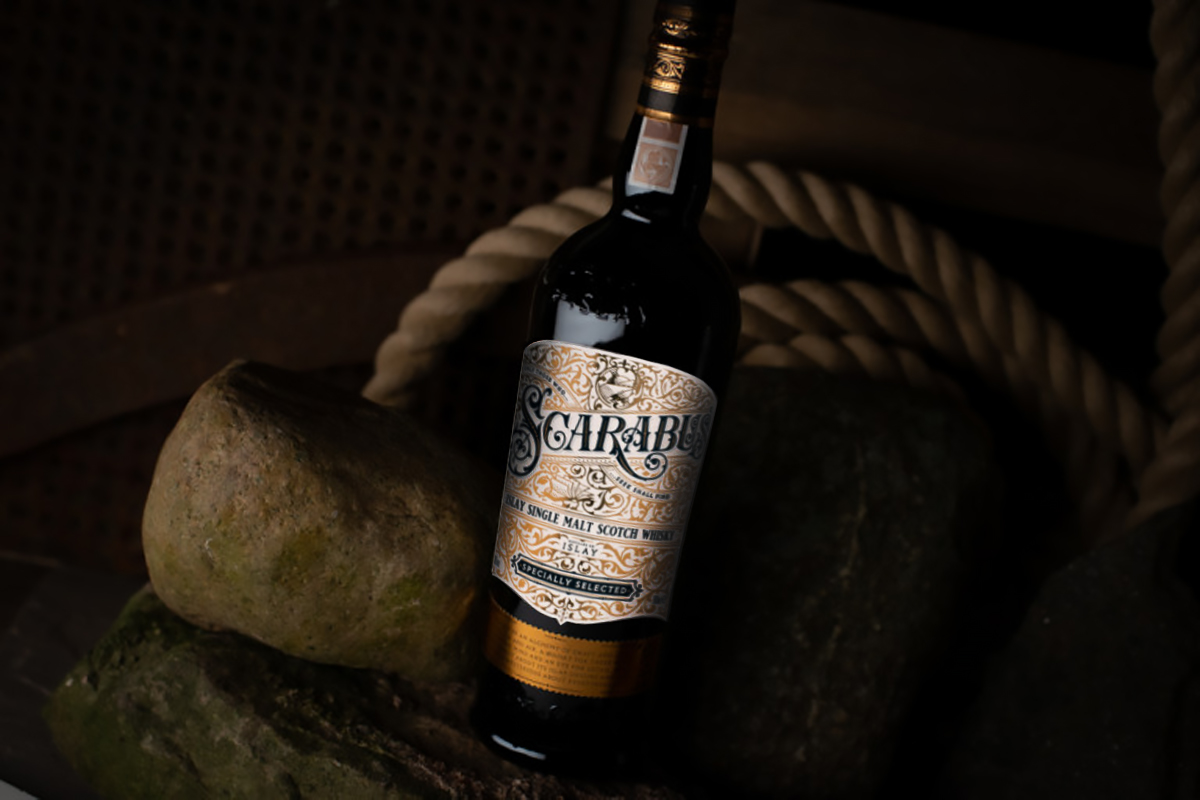 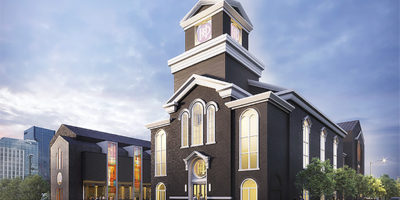 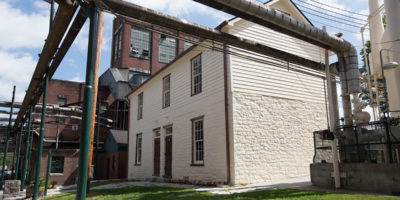 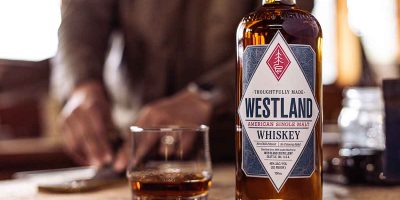