Many whiskey drinkers feel they’ve been spurned in recent years, by non-distiller producers (NDPs) who slap a bogus story onto a label and pass off sourced whiskey as something they “hand made with love from a secret family recipe” or something of the sort. The resulting shock, when a consumer finds out that a whiskey he or she purchased largely based on a fraudulent story, leaves a bad taste in the mouth, even if the whiskey doesn’t.

However, not all sourced whiskey is shrouded in mystery, and many brands are actually doing it the right way, with complete transparency. By doing so, the consumer knows what they’re getting instead of being duped, and can focus on the quality of the whiskey itself.

It’s not like places who sell whiskey to other brands are selling garbage – as a look at the new self-released Metze’s Select from MGP showcases, for instance. They’re selling whiskey which is generally quite good, which is why companies are purchasing it, and consumers in turn are gobbling it up.

That’s also why consumers are ticked off though when it’s not as it appears. Everyone wants to drink good whiskey, but they don’t want to be lied to along the way.

Transparency is the golden word

Selling somebody else’s juice isn’t a new enterprise, either – just head over to Scotland and look at their many highly touted, well respected independent bottlers. It’s a proud and storied aspect of the Scotch industry. Nobody blinks an eye at the practice, nor should they. The key is that transparency.

Tell the consumer what you’re doing, and maybe even why you’re doing it. Then let the whiskey speak for itself. Let’s take a look at a few companies who are sourcing whiskey openly and honestly even though they actually distill their own stuff, too.

So who is doing things above board?

One example is St. George Spirits, a well known company with a three decade history. So why in the world are they sourcing whiskey? Here’s how they explain it on their website:

“We love whiskey. And on occasion, we love stealing it.

With Breaking & Entering Bourbon, our plunder is your pleasure. To make B&E, Dave and Lance visited some of Kentucky’s most venerable bourbon distilleries and brought several hundred barrels back to blend at our own distillery.

Plenty of spirits producers source spirits from elsewhere, then blend and bottle them under their own label and hope that you don’t notice.

We’re gonna tell it to you straight. Our 30+ years of artisan distillation experience have earned us credibility as craft distillers, and we aim to be worthy of your trust.

We stole this bourbon, yes. But we did it because we see blending as an art form in and of itself, and we think we’ve got a pretty good knack for it. Breaking & Entering is not a St. George distillate, but you can taste our influence in every sip.

We may be bourbon thieves, but we’re honorable thieves. Mea culpa. (And you’re welcome.)”

Does anybody have a problem with that? I certainly don’t. Now let’s head to West Virginia’s Smooth Ambler:

“Complimenting [sic] our exceptional line of Appalachian Spirits is that of our Artisan Merchant Bottled products. From time to time in our travels we come across great spirits – not of our making, but of our liking – that might not otherwise be brought to market. In homage to the centuries-old Scotch & Irish practice of independent bottling, we take these exceptional products under our care. Once in West Virginia, they are further cultivated and then bottled faithfully and honestly.

These whiskeys, which we call Old Scout, and now rum, known as Revelation Rum, are delivered to the marketplace as an Artisan Merchant Bottled product. They are finely made and are unlike anything we distill here in West Virginia, but are nonetheless smooth and delicious in ways we admire. Old Scout & Revelation spirits are very much our own kin and shown the same affection we show to our own juice.”

Sounds pretty straightforward to me. That not only earns you cred with whiskey drinkers who are deciding what to purchase from the store shelf, it also earns respect from others in the industry.

“By contrast [to deceptive companies], John Little with Smooth Ambler out of West Virginia, is very open,” says Erik Adkins, Bar Director of the Slanted Door Group, which includes San Francisco’s Hard Water. Adkins, like many, would love to see improved labeling regulations, including distillery numbers on bottles to know what distillery a whiskey actually hails from.

Plenty of lawsuits have been filed as of late, and other brands have been “caught” only to offer up an unsatisfactory, vague mea culpa. Still others will tell you that they source whiskey and blend it with their own, but not to what degree or percentage. Others will tell you, but only if you hound them and their public relations teams for months, or if you find the invisible text stashed away in a subsection of their website. Yet, brands such as St. George and Smooth Ambler are succeeding with a far more straightforward and commonsense approach.

Raising awareness even without sourcing whiskey

Meanwhile, there are other brands who aren’t sourcing whiskey but are still making efforts to raise the industry’s labeling standards. Take 11 Wells Spirits in St. Paul, Minnesota. They use a prototype serial number system which contains 13 different pieces of data. This includes the basics, such as whiskey type and proof, but goes on to include barrel size and type, oak origin, cooperage and char level, yeast type, mash bill, and more.

It’s extensive, but they believe it’s worthwhile. “We are a new distillery, not creating pseudo-historical myths, so we thought we’d simply tell people what we did in each batch,” says Bob McManus, co-founder of 11 Wells.

“Our customers are discerning and curious about craft liquor,” he says. “Our detailed label was a way to give as much insight into our whiskey and importantly, whiskey making process, as possible.

“Another important reason to put all our information on the label is because it essentially is a full batch record in the form of a 13 factor serial number. As a new distillery we don’t have the decades long history of Kentucky or Scotland. What we do have is a scientific method and a pragmatic, iterative approach.”

This allows them to continue to refine their products while keeping customers engaged and informed. It’s something that their customers have, unsurprisingly, appreciated. “The refrain we hear most often is an appreciation for the honesty in our labeling, and then an appreciation for providing education about how whiskey is made on the label,” he says.

Appreciation for the honesty in labeling. The entire industry should be striving for the same.

There are so many great sourced spirits out there to try. Get started! 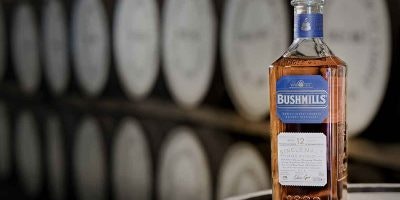 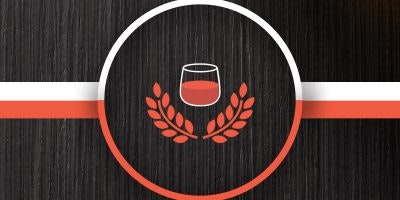 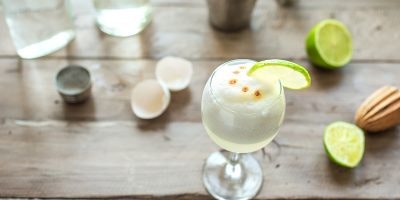