There’s something about Texas and whiskey — they just go together. With its rugged vast plains, a glass of whiskey sipped by a campfire seems to be the right choice. It makes sense on a visceral level, but more to the point, the Lone Star State has emerged as one of the country’s hubs for distillation. In fact Texas has 118 active craft distillers as of August 2019, according to the Craft Spirits Data Project. But it’s not just a numbers game. New high-quality Texas whiskey brands are gaining traction across the country.

Texas whiskey brands to watch include distilleries coming of age, such as Still Austin, as well as blending house Kooper Family Whiskey. Moreover, it includes those whiskey brands that fall neatly in between, such as Milam & Greene. These up-and-comers are looking to show the world what Texas whiskey is all about.

Founded in 2015, Still Austin is the only distillery within the confines of Austin’s city limits. The distillery is powered by a 42-foot Forsyths column still with a 24-inch diameter, enabling the distillery to currently produce 2,000 53-gallon barrels per year, with room to more than double that figure in the future.

The grain is sourced entirely from Texas, and it’s put to use with a mash bill of 70% white corn, 25% rye and 5% barley. Of course, Texas makes its presence felt in the form of maturation conditions as well. “We’re developing complexity very quickly because of the climate here,” says General Manager Brandon Joldersma.

While Texas’s infamously strong sun is what comes to mind, there’s more to it than that. “The heat is one thing, but it’s the temperature variation. It can be 40 degrees at night and 90 degrees during the day,” Joldersma says of the spring and fall. The distillery uses aluminum-sided warehouses to allow for those temperature swings.

Still Austin is putting the muscle of its column to work, laying down bourbon barrels as well as a 100% rye release slated for 2021. In addition, there are assorted other smaller batches and side projects. But the best whiskey requires a deft touch, too, not just brute strength. That’s where consultant extraordinaire Nancy Fraley comes into the scene.

Fraley has the distillery using slow water reduction, a six month process in which the proof of a barrel is lowered by just two degrees at a time to pull out the best possible flavors. Joldersma says that “it is just incredible” tasting the difference between a barrel slow proofed and one that hasn’t been. Fraley then takes the reins for batch blending, cobbling together nine-barrel batches.

“There’s been a big movement to make Texas whiskey a thing,” Joldersma says. “Everyone is in it together and the rising tide is raising all ships here.”

For long-time whiskey author and consultant Heather Greene, the more she saw from craft whiskey, the more she saw the same thing. “It was the same mistake over and over again,” she says, referring to young whiskey with a single note. “You don’t get the same variety or depth of flavor.” Instead, in her role as partner and master blender at Milam & Greene, she takes her inspiration from the more orchestral blends of Scotland, as well as the dynamic still shapes and sizes producing different flavor profiles put to use by single producers in Japan.

It doesn’t hurt that she’s teamed up with Marlene Holmes, who trained under Booker Noe and spent decades distilling whiskey with Jim Beam. “Marlene can’t make bad whiskey if she tried,” Greene says of her master distiller. Right now, she’s making good whiskey in two places with two rather different approaches. One is at their Blanco distillery in the Texas Hill Country, with a 300-gallon pot still. The other is in Kentucky at Bardstown Bourbon Company. There a 40-foot double column rig is capable of producing 330 barrels — per day. 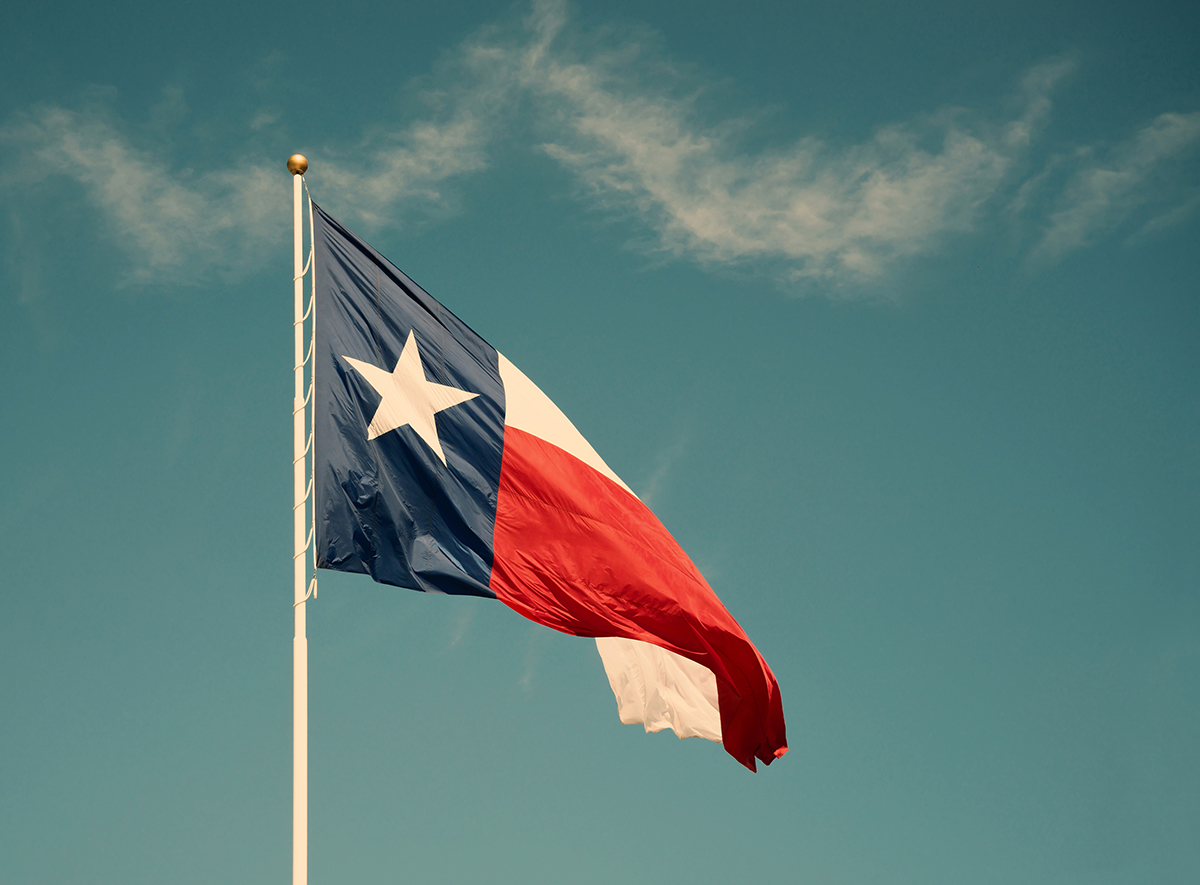 They also differentiate between pure contract distilling and the more hands-on approach and access afforded to someone of Holmes’ stature in the insular world of Kentucky bourbon. “At first they weren’t letting any craft distillers in there, but then it was like, ‘Oh, it’s Marlene,'” Greene says. “One of the things that drew me to the business originally, 30 years ago, was the camaraderie,” Holmes adds.

The same primary mash bill of 70% corn, 22% malted rye and 8% malted barley is used at both sites, but elsewhere it’s all about becoming as multiple as possible in terms of flavors to pull from. Barrels are being aged in Texas and Kentucky, two different yeast strains are used, and different barrel char and entry proofs are being put to use as well. “We know this is how you create personality and flavor,” Greene says.

While Milam & Greene does offer a limited-edition Texas whiskey distilled fully on-site, and a new, larger distillery is on the way in the near future, the plan will be to continue mixing and mashing the best of both worlds. “We are doing things differently than any other distillery in Texas,” Greene says. “And we think of our competition as the great bourbon from Kentucky. That’s our goal, to compete with that.”

About an hour east of Austin in tiny Ledbetter, the husband and wife team of Troy and Michelle Kooper steer the ship at Kooper Family Whiskey. Their Texas whiskey brand is unabashedly a blending house. The duo left the big city life of New York and Los Angeles behind for a simple reason. “We fell in love with Texas,” Michelle says. “And we both came in here as whiskey lovers.”

They leave the distillation to the folks they source from across Kentucky, Tennessee and Indiana — and the familiar names you’d expect in those locales. Additionally, they also source whiskey from Koval in Illinois. “Then we think that by bringing it here to Texas, we see a major impact,” Troy says. He believes that their unique geographic position helps them capitalize on the convergence of extreme climates across the state. “Another Texas thing is the shift from dry and arid, to Houston and its humidity all the time, and we hope we split it in the middle.”

It’s Not (Only) the Heat, It’s the Humidity

They currently produce a range of different whiskeys — including bourbon and rye — and emphasize the use of rye as the flavor grain in their bourbons. The impact of the Texas climate is indeed felt, as with even a relatively small amount of extra aging, major improvements can be seen. The difference between Sweetheart of the Rodeo, currently a four year old bourbon release, to their Kooper Family Single Barrel Bourbon, a single barrel of the same juice aged for an extra year in what they call the “powerful and moody Texas climate,” is a substantial one.

“It’s a really simple thing for us, does it taste good?” Troy says of their philosophy. “We’re very simple with what we do. Ledbetter is a simple town.”

Other Texas Whiskey Brands To Know

Of course, there’s much more to explore when it comes to whiskey from the Lone Star State. There’s Firestone & Robertson which has been doing intensive studies on grain varieties and terroir. Ironroot Republic is another notable Texas whiskey brand. This Denison-based distillery is known for using French production techniques such as élevage, thanks to its namesake connection to France. The “iron” roots are a nod to hometown native T.V. Munson, a horticulturalist whose phylloxera-resistant rootstocks helped to resuscitate the French wine and cognac industries.

Of course we can’t forget to mention some of the more nationally well known names, including Balcones, Ranger Creek and Garrison Brothers. But when looking together at Still Austin, Kooper Family and Milam & Greene, what you get is a glimpse of three disparate approaches to whiskey production, all with an innate Texas slant.

Ready to grab a bottle of Texas whiskey? 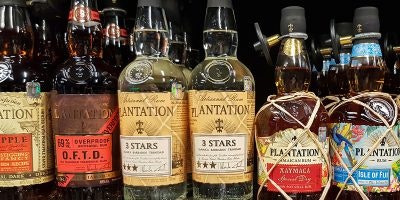 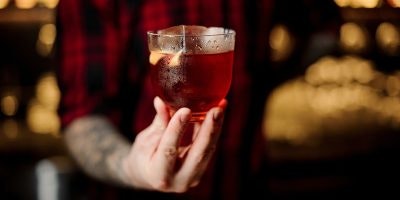 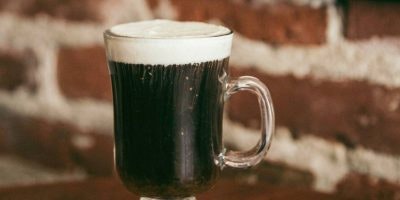