Happy Fourth of July weekend, Sippers! Between the holiday, European Championships and Wimbledon, there are many occasions to open something special this weekend. Fortunately, for such a hot weekend, there are some really cool new spirits releases to look out for this week.

In gin news, tennis and strawberries, anyone? Sipsmith Gin has partnered with The Championships, Wimbledon to release Sipsmith Strawberry Smash Gin. We also have the details on the newly formed U.S. Gin Association.

The bottled-in-bond trend continues to grow, and this week we have the details on the Chattanooga Whiskey Bottled-in-Bond Vintage Series as well  as the third release of Cedar Ridge Bottled-in-Bond Bourbon. In addition, Luxco has just announced that Remus Repeal Reserve Series V bourbon will be released in September.

If you’re a Scotch whisky fan, Douglas Laing & Co. Double Barrel is back with two expressions and new packaging. The Ardbeg Committee is also rolling out a new whisky in select countries today, with Ardbeg 8 “For Discussion”. Not a member yet? Details below about how you can still join!

All of us at Distiller wish you a happy and safe Independence Day weekend!

For a change of pace this week, let’s start with the gin.

Sipsmith London is now the Official Gin Partner of The Championships, Wimbledon. To celebrate this new partnership, the brand has announced the US release of Sipsmith Strawberry Smash. This limited-edition gin was distilled using real Wimbledon strawberries from the 2020 harvest from Hugh Lowe Farms in Kent, England, the exclusive grower for The Championships. Because the tournament was canceled in 2020 due to COVID-19, these strawberries were instead used to create a first-of-its-kind gin.

“This year with Sipsmith becoming the Official Gin Partner of Wimbledon, we felt it was quite right to harness the taste of British summertime and use last year’s Championships’ strawberries to make this year’s champion gin,” says Sipsmith Master Distiller Jared Brown. “We crafted Sipsmith Strawberry Smash to our standards by layering complementary ruby red strawberries and fresh English mint along with our traditional botanicals used to perfect our London Dry Gin, and we’d like to think we’ve introduced a new gin that is perfectly balanced, yet subtly sweet—perfect for refreshing, summer cocktails.” 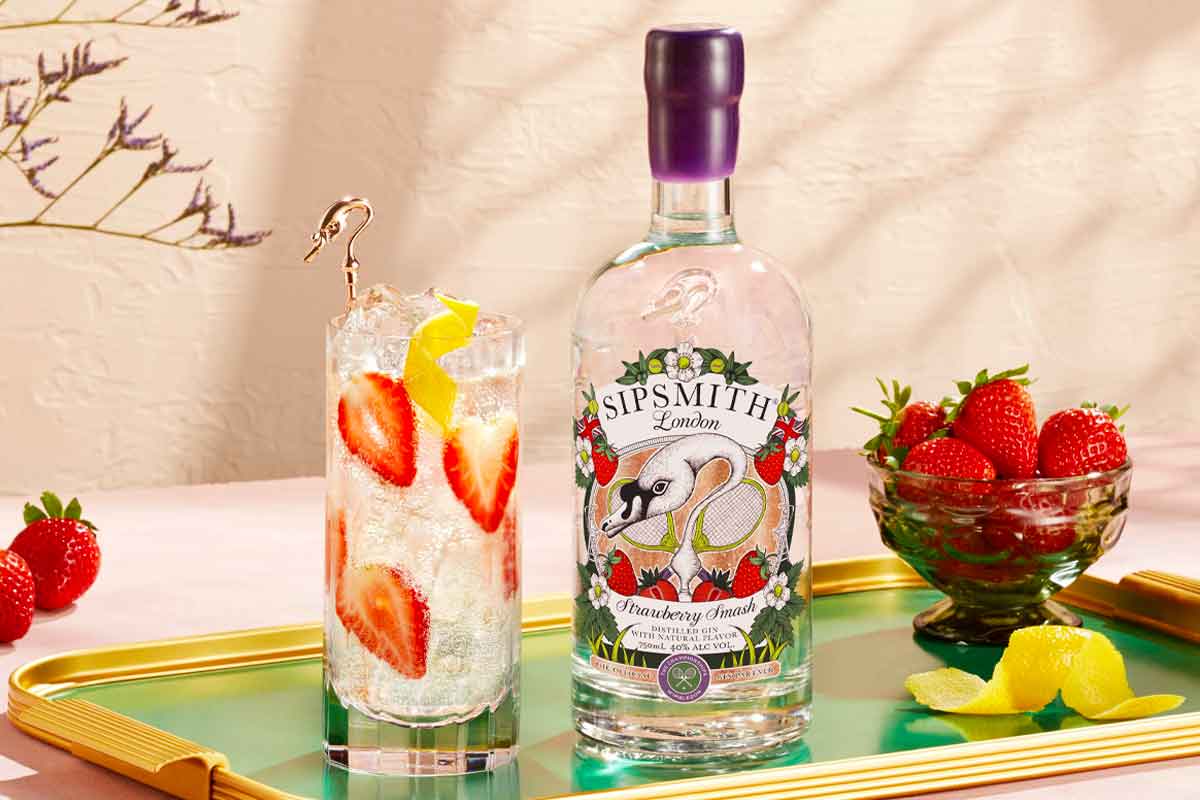 “The Official Tennis of Sipsmith Gin”

In addition to the announcement of Sipsmith Strawberry Smash, the brand also released The Official Tennis of Sipsmith Gin. This new spot, created in collaboration with Ogilvy UK, is being released as a further celebration of the brand’s partnership with The Championships, Wimbledon. The spot is currently airing across Sipsmith social channels for the month surrounding the tournament.

In addition, Sipsmith is offering U.S. sippers the chance to win a 4-day, 3-night Wimbledon experience in London in 2022, along with a host of “gincredible” prizes, including weekly draws and regional prizes. For more information and official rules, please visit the website here.

U.S. Gin Association Created To Highlight and Support Craft Distilleries in the Category

A new craft spirits organization has been created for the gin category in the U.S. This is an organization that includes distillers, the beverage trade (on- and off-premise), and media that is intended to highlight innovations within this growing category.

The group was founded by Melissa and Lee Katrincic — co-founders and owners of Durham Distillery and distillers of Conniption Gin — and organized by several craft distilleries. The U.S. Gin Association intends to share U.S. gin distilling news, as well as provide education and other programming. Its specific focus is craft distilleries and small, independent producers.

In addition to its founders, the U.S. Gin Association currently has eight charter members who all produce at least one expression of gin (though it should be noted they are open to other producers looking for membership opportunities).

“With the exponential trend and enthusiasm in the U.S. market for gin over the past several years, the U.S. Gin Association is a natural answer and extension to the U.S. gin-aissance,” said Melissa Katrincic, co-owner, president & CEO of Durham Distillery. “As more gins are being distilled in the U.S., this Association will be a source of expertise and celebration, ensuring education for both the industry and our consumers on the latest trends, data and future of the U.S. Gin category.”

For more information about the U.S. Gin Association, visit its website here. 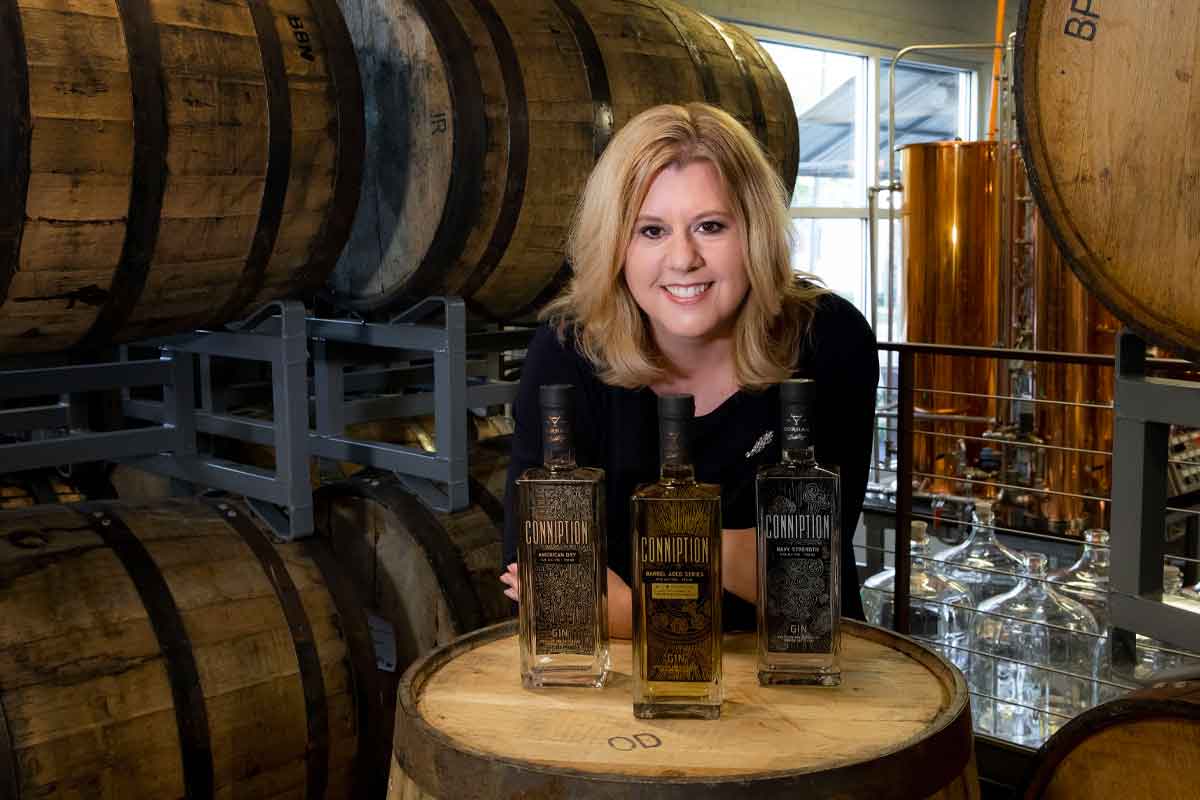 Chattanooga Whiskey has announced the debut of its Bottled-in-Bond Vintage Series, starting with Spring 2017. This series will be a new permanent addition to the lineup.

“We continue to push the boundaries of what Tennessee High Malt can be, and this might be one of our most complex expressions yet, both in product and package,” said Tim Piersant, CEO and founder. “This release is an original work of art that I don’t believe you can compare with any other bottle on the market.”

While meeting the standards of bottled-in-bond, the 2017 Spring Vintage expression is made from a selection of four high malt bourbons that each contain 25% specialty malted grains in their mash bills.

The whiskey will be available in Tennessee, Texas, Georgia, Florida, Illinois and at the Chattanooga Whiskey Experimental Distillery at an SRP of $49.99 per bottle. 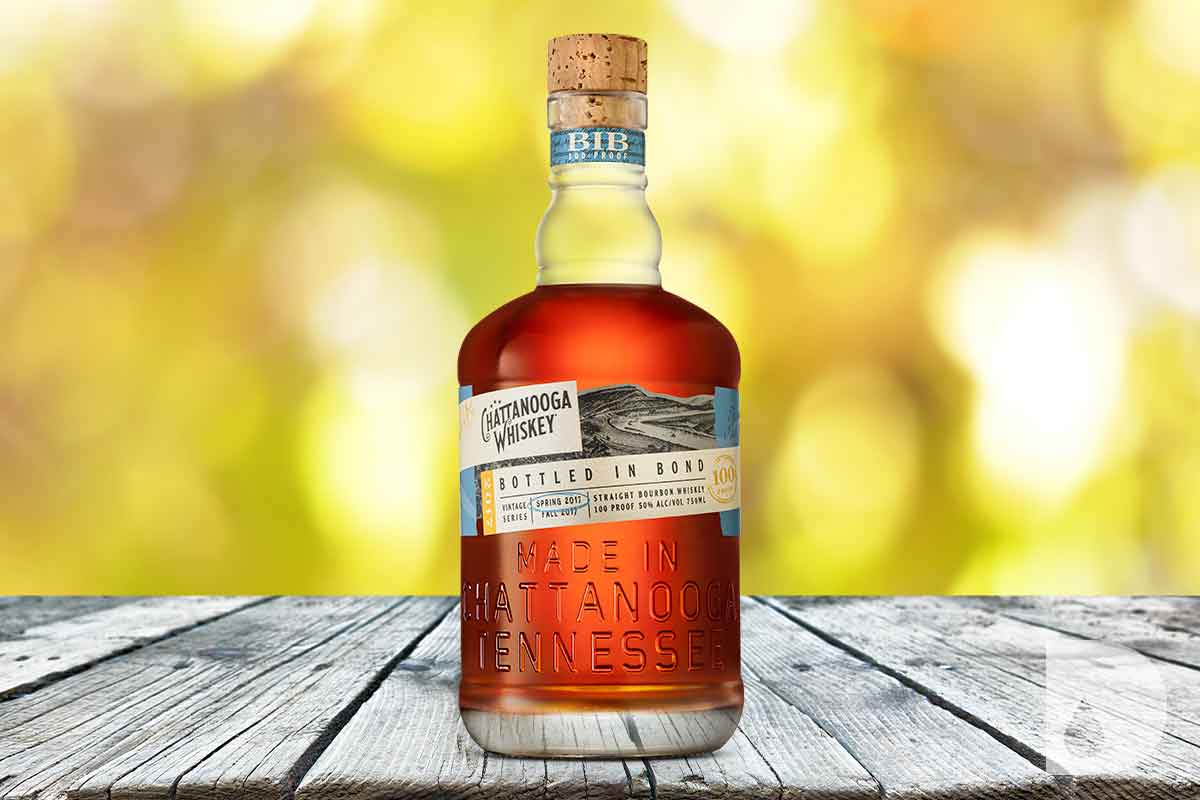 “Remus Repeal Reserve has been such an amazing journey for our distillery team, and we wanted to do something extraordinary for our fifth-year anniversary,” said Master Blender David Whitmer. “Series V exemplifies what our Remus Repeal collection stands for: to showcase the incredible range of medleys and aged reserves we work with in Lawrenceburg. Whether this is your first taste of our Remus Repeal collection or your fifth, Series V represents a particularly special opportunity for us to show you what great bourbon can be.”

Remus is named after the presumed “King of the Bootleggers.” Remus Repeal Reserve is an annual series from the George Remus Bourbon label, produced at MGP in Lawrenceburg, IN. Made in a high-rye style, there are variations each year. This allows for experimentation with various mash bills and aged reserves. 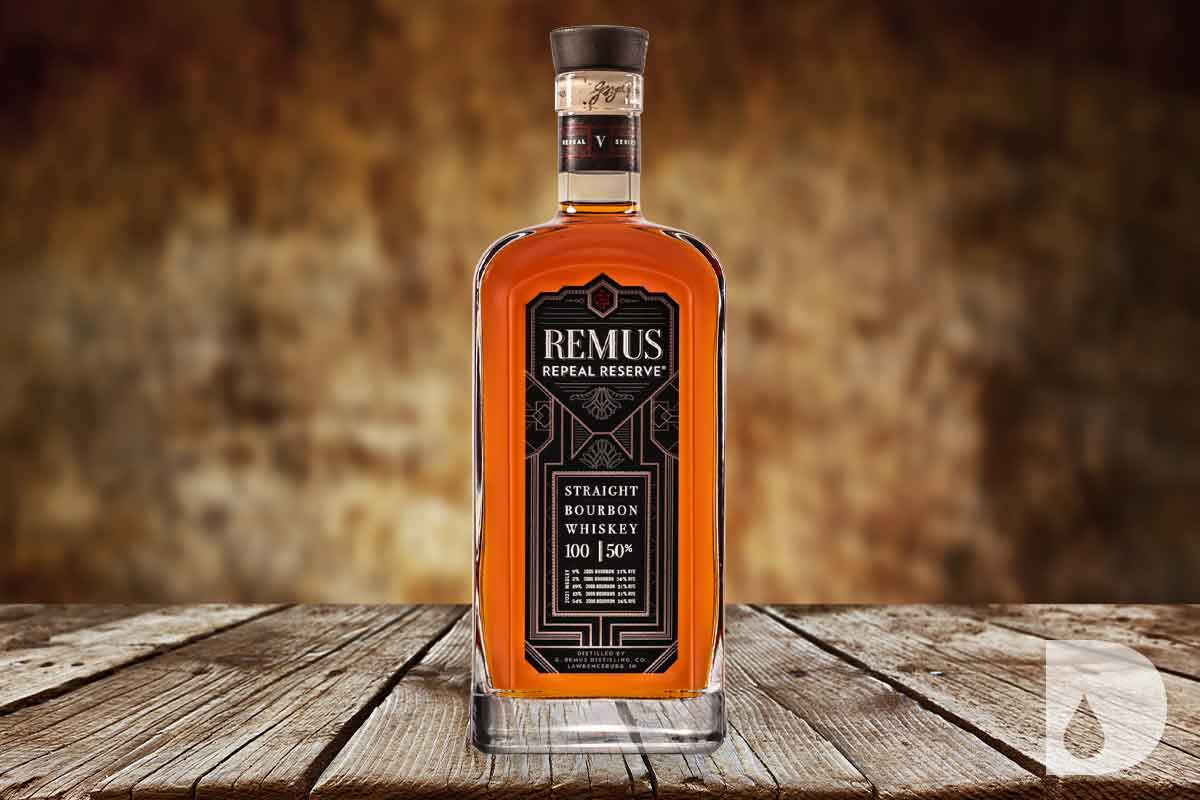 Cedar Ridge Distillery is celebrating its twelfth anniversary! To honor the milestone, along with the brand’s annual Bourbon & Blues Festival, Cedar Ridge has released a limited edition of its Bottled-in-Bond Bourbon.

This is the third bottled-in-bond release to be offered by the distillery, and is produced according to BIB standards — from a single season at 100 proof.

“Bottled-In-Bond has a richer flavor profile than our flagship, Iowa Bourbon,” said Head Distiller and Director of Operations Murphy Quint. “There are lots of crème brûlée and brown sugar notes this year. It definitely has sweeter notes than our 2020 release, which was a spicy batch.”

For the first time, Cedar Ridge Bottled-In-Bond will be offered outside of the state of Iowa. However, according to the press release, only 400 cases are available.

Bottled-In-Bond will be released Friday, July 2 at Cedar Ridge. Bottles will also be available at retailers in Iowa, Minnesota, Wisconsin, Illinois, Missouri, Kansas and Nebraska beginning July 5 for an SRP of $49.99. 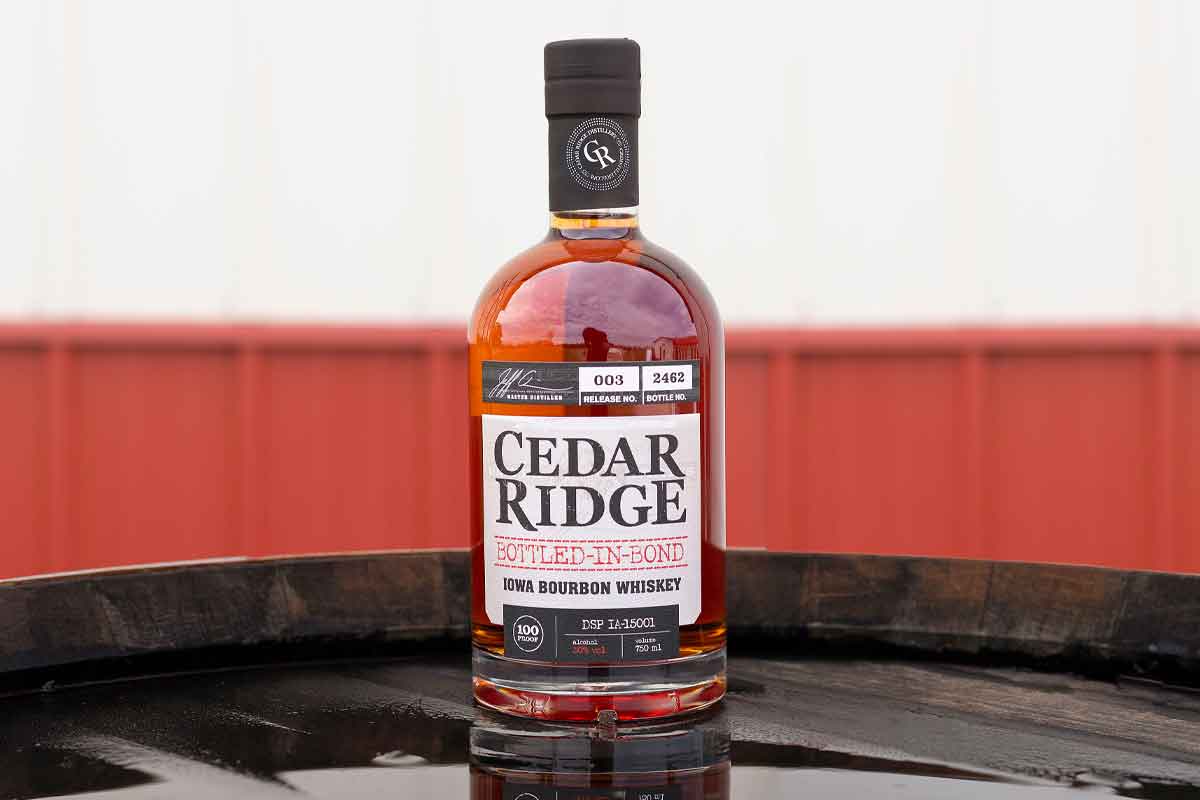 Douglas Laing & Co. Double Barrel is a whisky that combines two single malts from two different distilleries. There are two Double Barrel offerings in the brand’s range — one is an Islay/Highland combination and the other a Speyside/Lowland. Both are bottled at 46% ABV and non-chill-filtered.

The rebrand features new packaging, with a gift carton and heavy-weight square bottle which illustrate details of the Scotch whisky regions represented.

“Our investment in this brand refresh allows us to take Double Barrel to the next level,” says Douglas Laing Marketing Director Cara Laing. “We passionately believe in the spirit quality first and foremost but also in its unique positioning where opposites really do attract — sweetness and smoke, honey and heat, citrus and spice. We hope with this engaging new-look, Whisky enthusiasts around the world will be intrigued and enthused by this fusion of Single Malts from two very different Regions.”

Double Barrel Malt Scotch Whisky is available from select retailers in the UK for an SRP of £45.00 or €52.00. 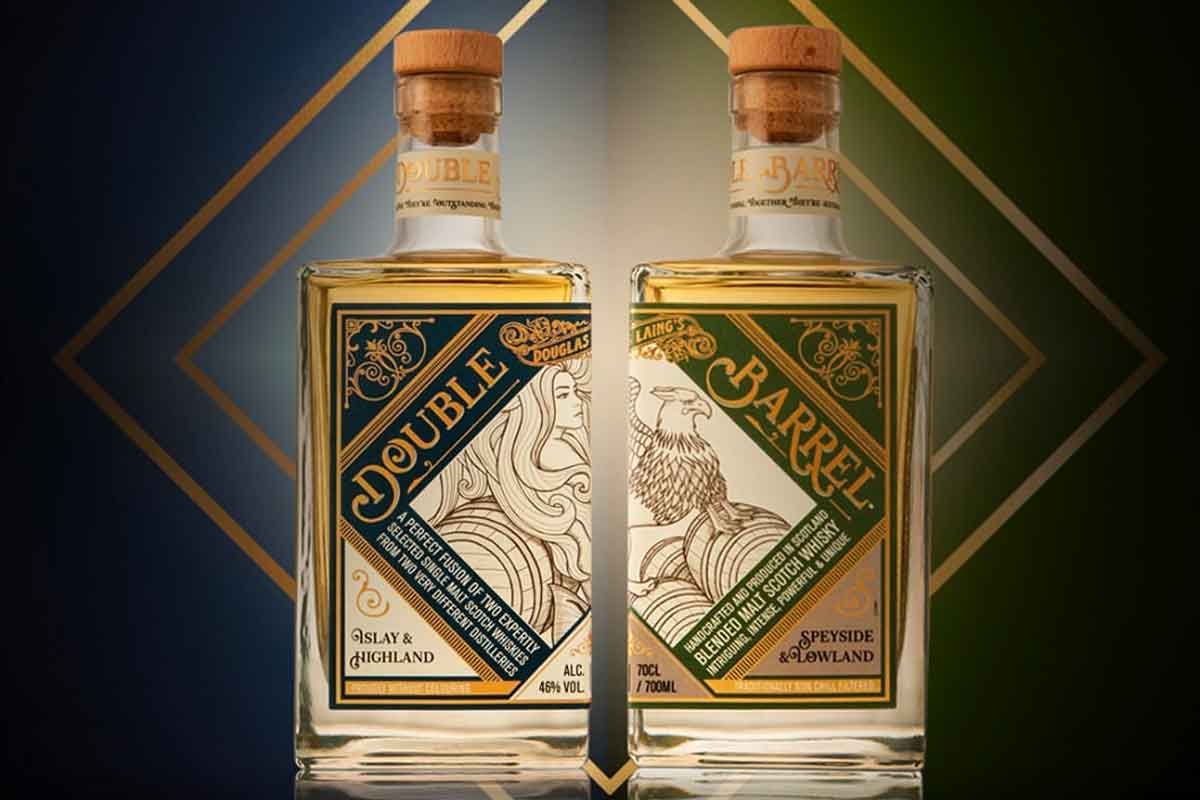 This week, Ardbeg announced the release of a new whisky called Ardbeg 8 Year For Discussion. But the kicker here is that it is an exclusive release for Ardbeg’s Committee Members.

Dr. Bill Lumsden, Ardbeg’s director of distilling, said: “Ardbeg 8 Years Old is a delectable, young and curious whisky — I like to think of it as the ‘alternative universe’ version of Ardbeg Ten Years Old. An aged ex-Sherry whisky is new territory for us, so naturally, we want some thoughts. We’re sharing this with the Committee’s experienced palates to help us find that smoky sweet spot. With notes of bold peat smoke, creosote, charcoal and salted caramel, it’s more than guaranteed to provoke discussion among those privileged enough to taste it.”

So how do you get your hands on a bottle? Here’s what we know:

It will be in the UK, Poland, Italy and France as of July 1. From July 8, it will be in Germany and Austria. Then in September, in Australia. Because Ardbeg Committee can sell online directly to Committee Members in these countries, those are apparently the only recipients, as of press time.

So, if you are a Committee member, you can purchase the bottle online for £65, or your local equivalent. Look out for an email in your region announcing its availability.

The reason it’s called “For Discussion” is that the brand is inviting members to “open, taste, and discuss your findings with your fellow Ardbeggians using the tag #ardbeg8fordiscussion”.

Not a member of the Ardbeg Committee? There’s still time to join for free. Simply visit the website here to sign up and have access to news and exclusives. 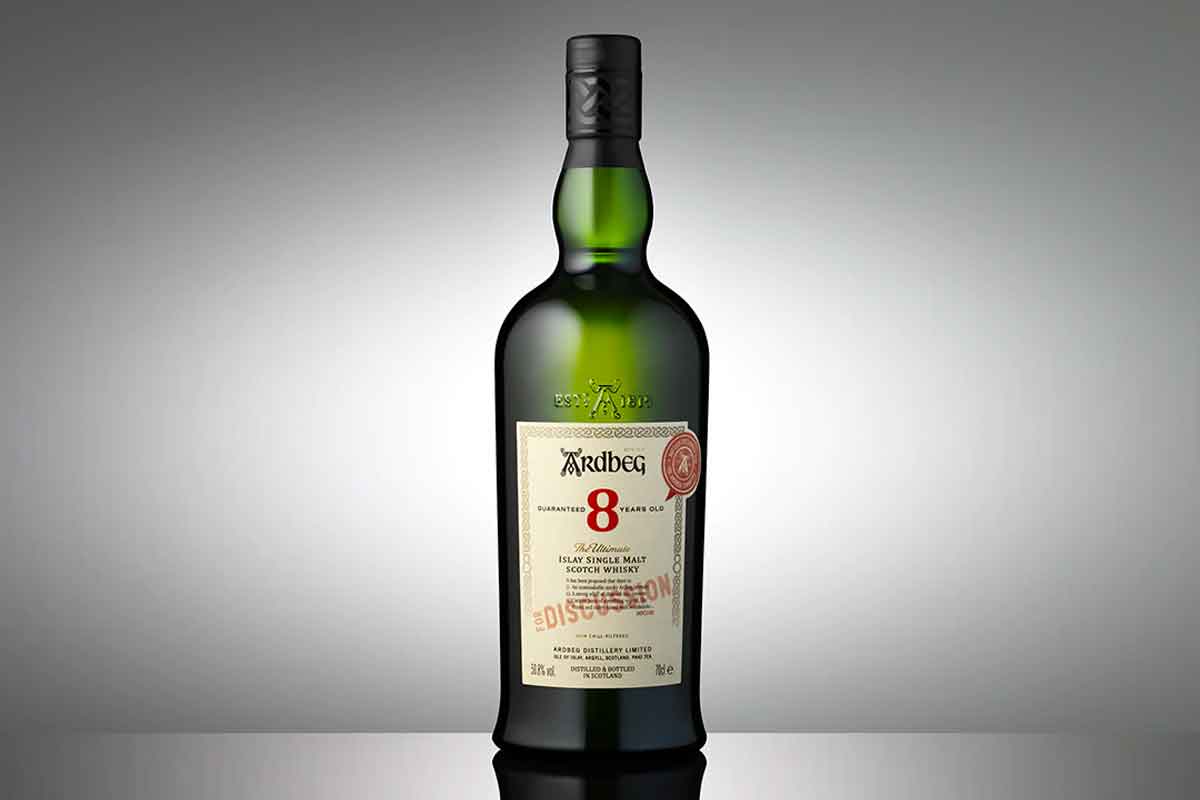 Del Maguey has announced the launch of its newest expression Vida de Muertos. It is an artisanal, twice-distilled mezcal with an ABV of 45%, that is inspired by the centuries-old tradition of creating special mezcal specifically to celebrate the festival of Día de los Muertos.

Vida de Muertos is made in the village of San Luis del Río, Oaxaca using methods passed down through generations by the Cruz Nolasco family — now through father Paciano and son Marcos. This mezcal is made from Espadín agave.

It will become part of the Core Single Village Series, which offers multiple mezcal expressions at higher ABVs. Each is named for the villages where they are made by palenqueros (makers) throughout Oaxaca and Puebla, Mexico. They are offered as a reflection of individual soils, woods for roasting the agave, local water and yeast, as well as the techniques of the palenqueros.

According to the press release, Vida de Muertos is intended as an offering for those “looking for the complexity found throughout our Core Village Series while being priced to be more easily integrated into a cocktail.”

,Global Mezcal Advocate for Del Maguey Steve Olson noted, “We are honored to share the newest offering from the Cruz Nolasco family in San Luis del Río. Vida de Muertos is inspired by the tradition of crafting special batches of mezcal for family and friends during Día de los Muertos, one of the most important, spiritual celebrations in Mexico. From the village tucked amongst the tropical forests along the Río Hormiga Colorada (Red Ant River) to your copita, Vida de Muertos further solidifies the ritual connection between mezcal and indigenous ancestral culture.” 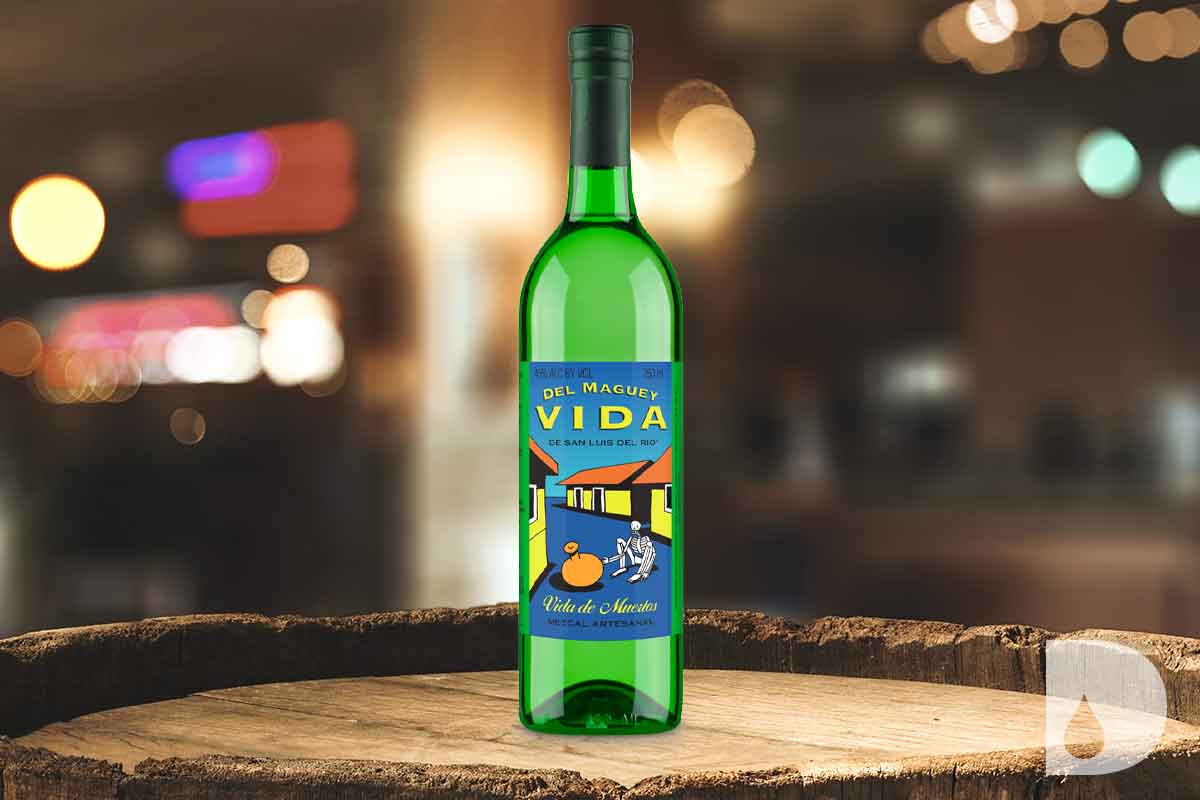 Ready to grab a bottle of Sipsmith Strawberry Smash? 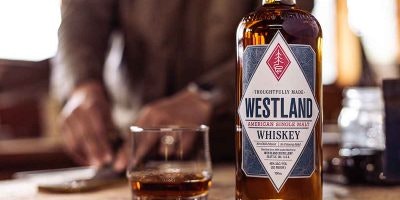 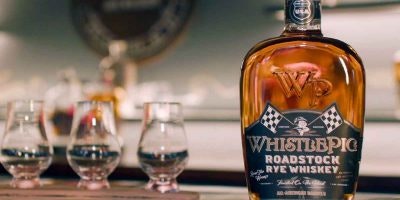 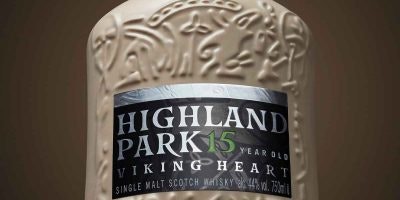 Distiller’s Friday Roundup – September 24, 2021
The season is breezing in with a few of the year’s most anticipated releases