Pat yourself on the back, you’ve made it to Friday. To ease you into the weekend we’re here with everything you might’ve missed during the work week. To begin, Brown-Forman is adding the first gin to its portfolio by acquiring the parent company of Fords Gin. Diageo’s new female-lead Irish whiskey distillery has begun distilling and opened its doors to visitors. For the bourbon fans, details of the forthcoming Old Forester Birthday Bourbon 2019 are here. Also, Compass Box and Rebel Yell have new limited-release whiskies hitting shelves soon. Finally, Diageo just teased two more Game of Thrones whiskies through the brand’s partnership with HBO. What are you waiting for? Let’s get started with the Friday Roundup for June 14th, 2019!

Adding to the growing list of high-profile craft spirit brand acquisitions over the past few years this week’s news that Brown-Forman is buying The 86 Company, the brand behind Fords Gin. Before this deal, Brown-Forman, maker’s of Jack Daniel’s and Woodford Reserve, did not have any gin brands in its portfolio. 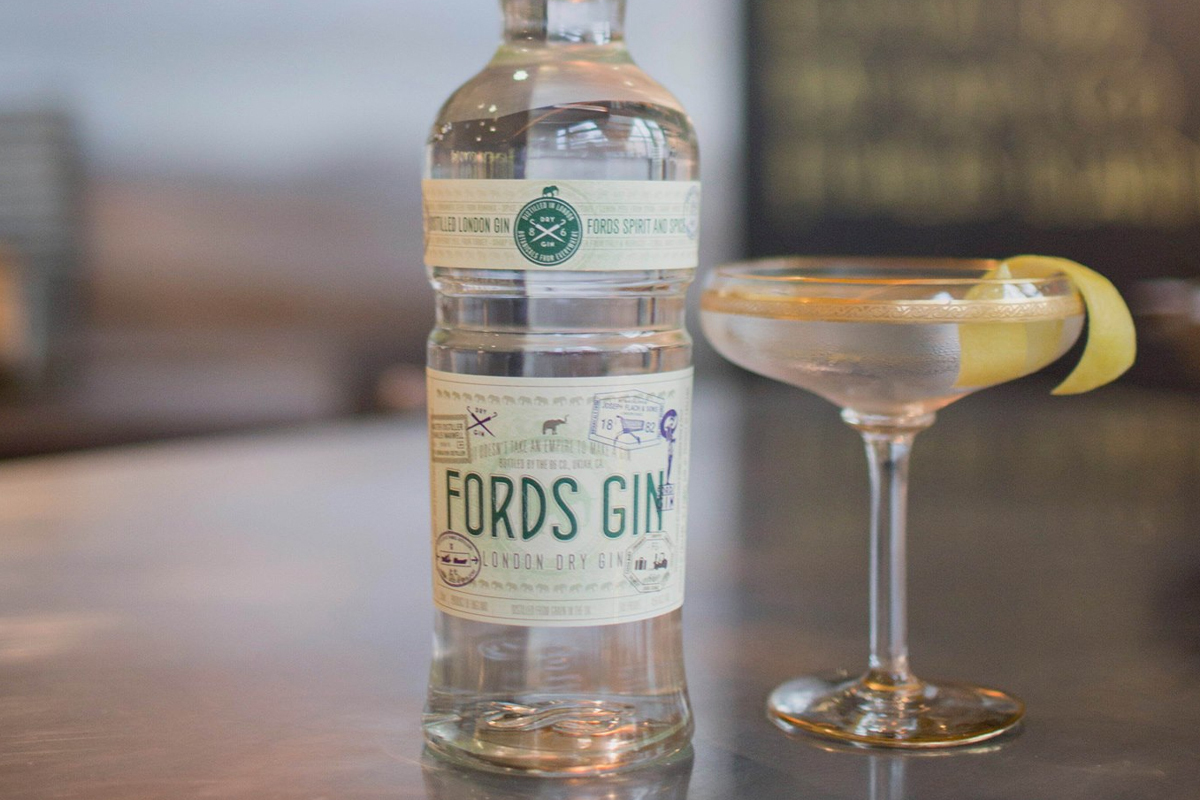 Together with Fords Gin, The 86 Company produces Aylesbury Duck Vodka, Caña Brava Rum and Tequila Cabeza. Fords Gin is distilled at the Thames Distillery in London and is the result of a partnership between master distiller Charles Maxwell and Simon Ford, co-founder of The 86 Company.

Simon Ford and The 86 Company team will remain on board with the brand after the acquisition is complete. All four brands are included in the deal by Brown-Forman, which is expected to close within 30 days. The purchase price was not disclosed.

In 2015, Diageo exited the world of Irish whiskey when it sold off Bushmills to Jose Cuervo’s parent company. Then two years later the brand announced its return to Irish whiskey with the launch of Roe & Co. The brand pays homage to George Roe, who in the 1800s ran and expanded the distilleries that his family founded in the 1700s.

During this time it was estimated that the largest of these distilleries, the Thomas Street Distillery, was one of the largest distilleries in the world. In 1827 it produced an estimated 244,000 gallons of whiskey per year. By the late 1800s, however, the distillery faced serious competition from the Scotch whisky industry. When American prohibition hit, and was then followed by the Anglo-Irish trade war in the 1920s, the financial burden became too large. As a result, the Roe’s were forced to close all of their distilleries. 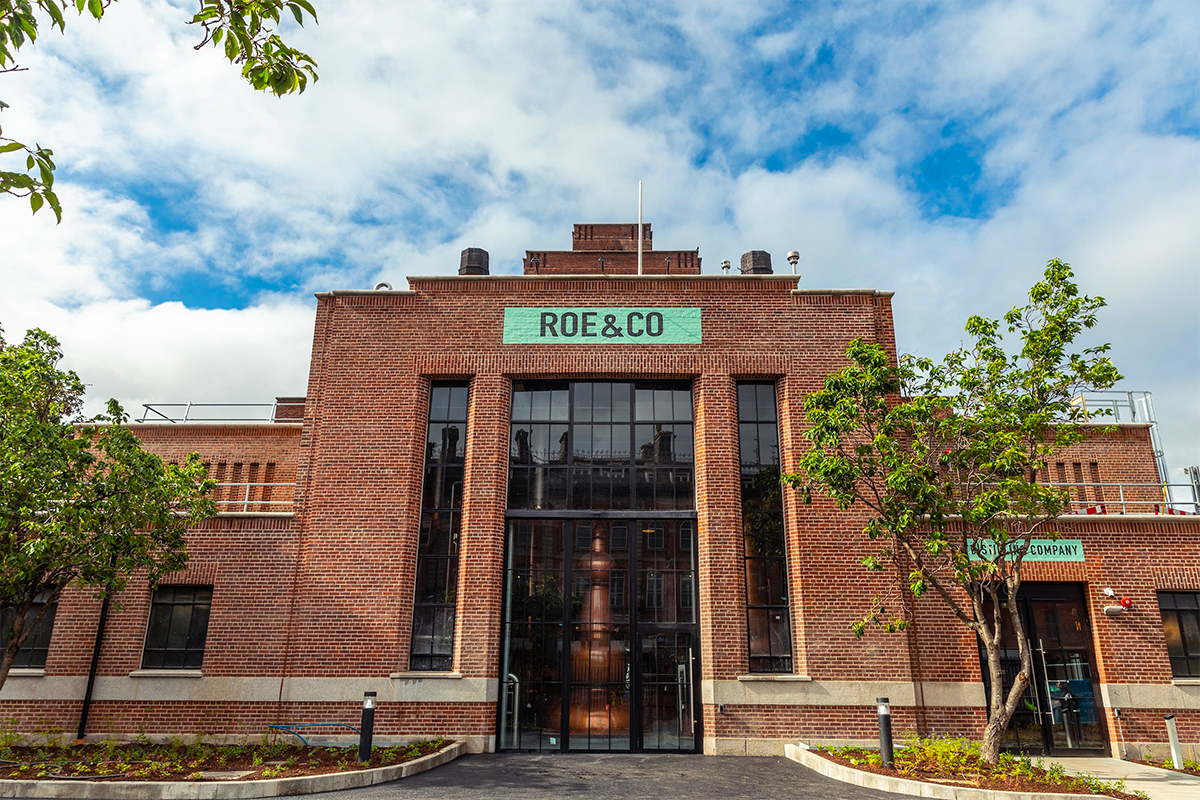 The new Roe & Co. distillery is based in the newly renovated Guinness Power House on Thomas Street. It will distill 14,000 liters of whiskey per run, resulting in an annual maximum of 500,000 liters, or 132,086 gallons. It is helmed by a team of talented women including master blender Caroline Martin and distiller Lora Hemy.

Starting on June 21st, 2019, the distillery will welcome guests. Visitors can take part in an in-depth 75 minute tour of the distillery, followed by cocktails in the Power House Bar afterward. This marks the 27th whiskey distillery to open in Ireland, as well as the fifth to open in Dublin. 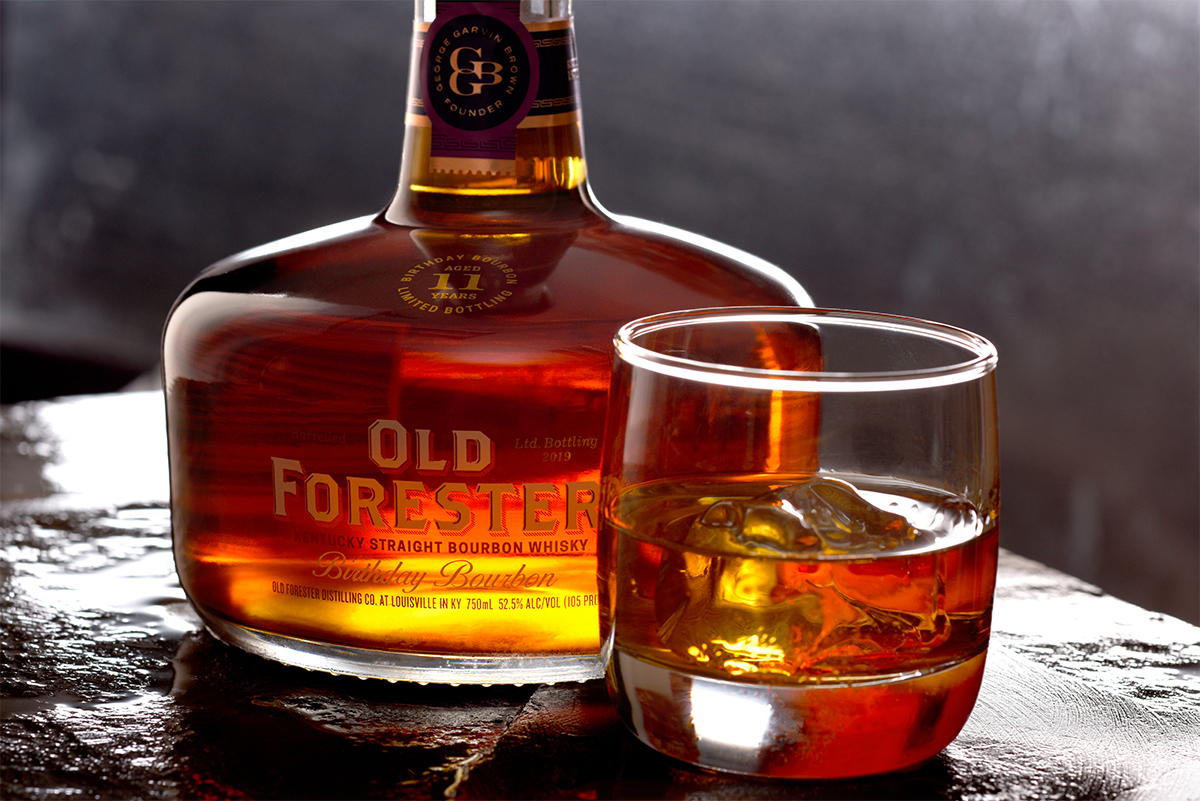 “September is a special month for us at Old Forester,” says Campbell Brown, Old Forester’s president. “We get to mark, in a public manner, through a carefully curated expression; the bourbon my great, great grandfather founded. It is a wonderful way to celebrate the legacy George left behind.

Old Forester Birthday Bourbon 2019 is bottled at 105 proof, which is also the highest proof to-date for Birthday Bourbon. Approximately 2,200 six bottle cases are expected to be available nationwide starting on September 2nd, 2019. Though the suggested retail price is $99.99 you can expect it to be much higher, if you can find it at all.

Compass Box The Circle Created by Winner of Bartender Program

Compass Box is set to release a new limited-edition expression named The Circle No. 1, after the Scotch whisky brand’s bartender program.

“It is our way of bringing together like-minded creators who love to do things differently, ” says Compass Box Founder John Glaser.” But this isn’t about industry experimentation behind closed doors. These expert bartenders are set a range of challenges to test their creativity.” 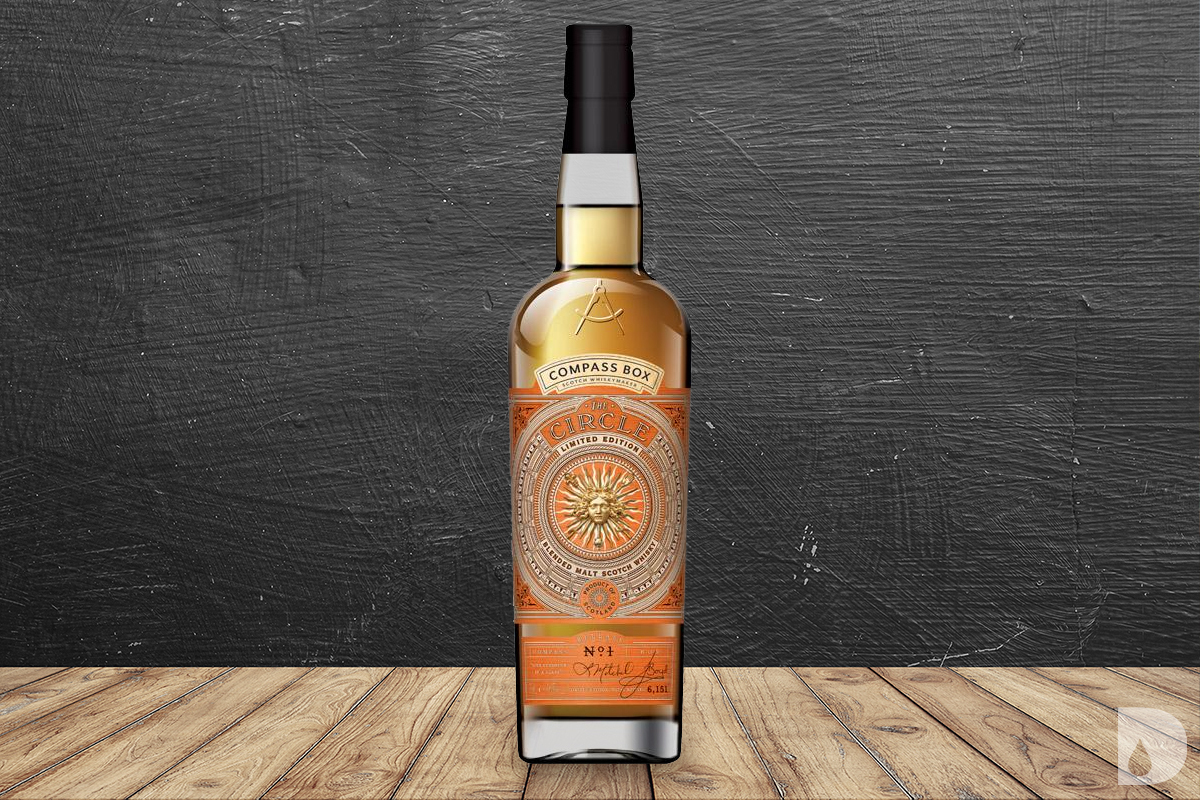 Compass Box The Circle No. 1

The winner of the program was London’s Three Sheets bartender Rosey Mitchell, who was thus given the opportunity to craft her own limited Compass Box expression. This blended malt scotch whisky includes a base single malt from the Tamdhu distillery which matured in ex-bourbon barrels. 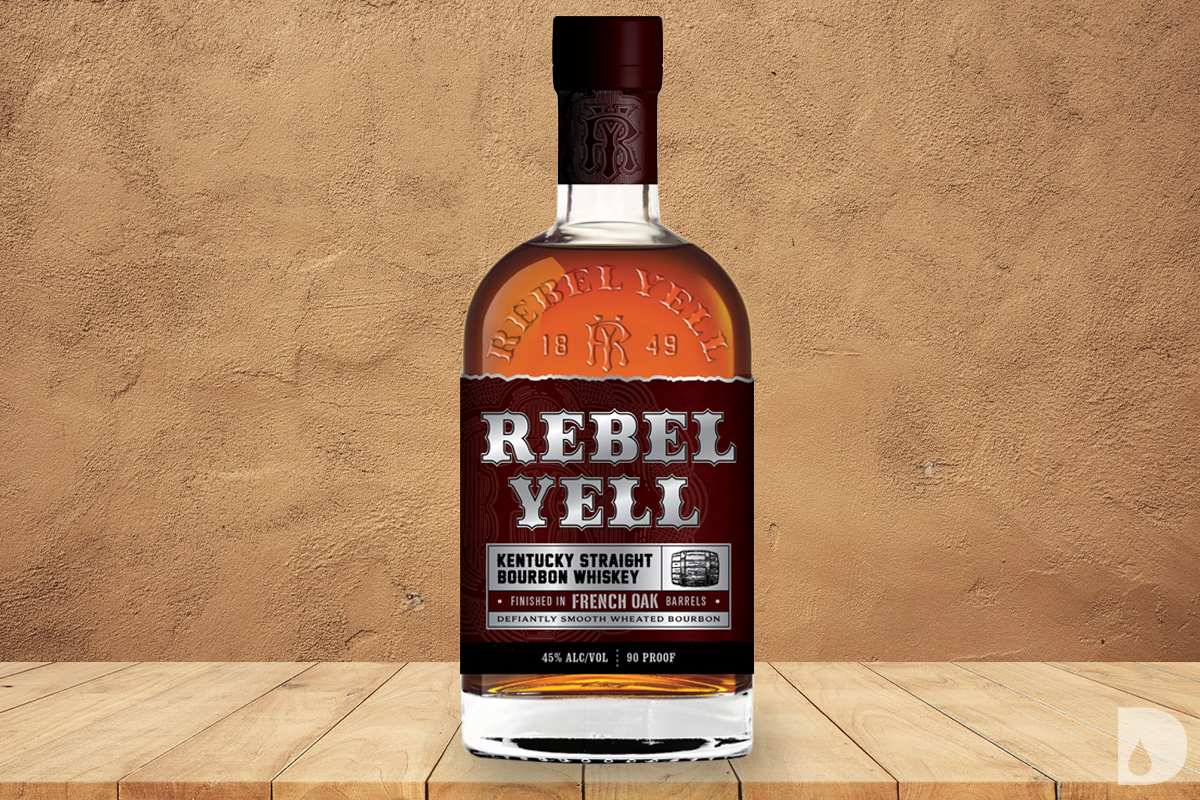 “We wanted to create something unique for the growing number of bourbon connoisseurs in the UK, which is why we decided to launch this whiskey outside the U.S,” says Master Distiller John Rempe.

The bourbon was finished in toasted French oak wine barrels for 6 months and is initially limited to 6,000 bottles. Rebel Yell French Barrel Special Finish will first hit the UK in October 2019, followed by releases in France and Italy. It is bottled at 45% ABV and has a suggested price of £30 ($38 USD). 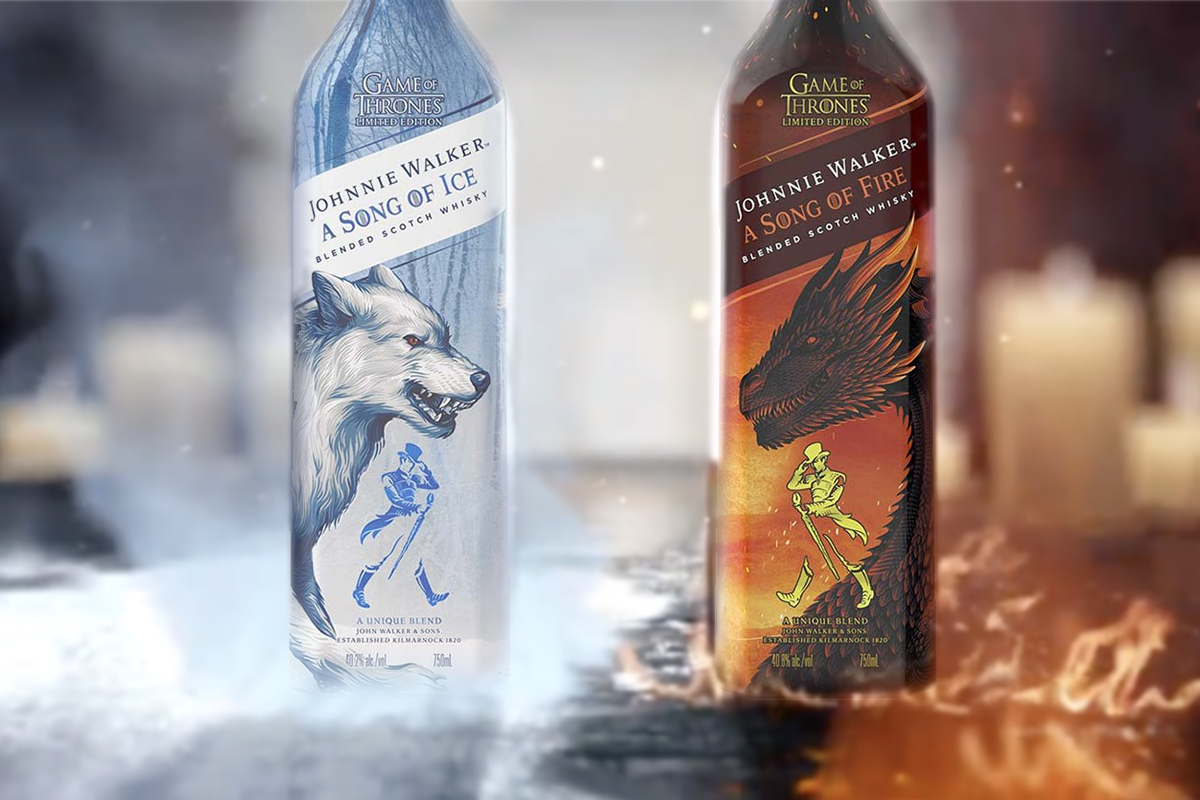 Johnnie Walker A Song of Ice & A Song of Fire / Photo Credit: Diageo

Johnnie Walker A Song of Ice depicts a direwolf, and A Song of Fire depicts a dragon. Not much has been shared about either of these blended scotch whiskies. However, Diageo says that details will be released in the coming months. For now, fans can pre-order the whiskies, which are available on a first-come, first-served basis, at reservebar.com. A Song of Ice is bottled at 40.2% ABV, while A Song of Fire is bottled at 40.8%. The bottles are available for $43 each.

Together with these two releases in Diageo’s HBO Game of Thrones partnership are White Walker by Johnnie Walker and the range of eight Game of Thrones single malts branded as Westeros Houses as well as the Night’s Watch.

If you’re not in the market for Old Forester Birthday Bourbon 2019, we can still hook you up with plenty of great recommendations. 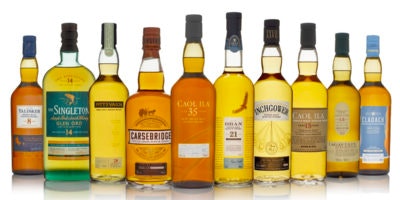 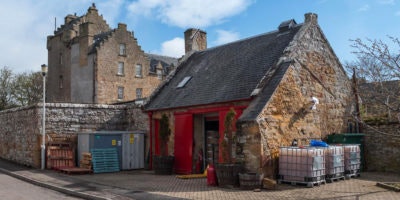