The first week of summer has brought us a slew of new spirits announcements including Old Forester Birthday Bourbon 2020. This annual bottling is set for its traditional September 2nd release date. Also, Knob Creek released its oldest release to date this month with a 15 year-old limited edition bourbon. In other Kentucky bourbon news, Jim Beam’s Old Tub is getting a makeover. This bottled-in-bond bourbon will be available in a larger sized bottle for a wider audience nationwide.

In addition, Heaven Hill has released its annual Evan Williams American Heroes Edition this month. This special edition will be available in both a 1.75L and 750ml-sized bottle. Meanwhile, Woodford Reserve released a new bourbon from the brand’s Distillery Series. And Equiano Rum, an African/Caribbean rum brand, has its US debut this month. Finally, we’ve got some Distiller news to share with you regarding a new spirits category for our platform. Read on to find out more below in Distiller’s Friday Roundup for the week of June 26, 2020!

Over the past few months, the Distiller team has been hard at work creating a new spirits category to join our current listings. We launched Distiller in 2013 featuring Whiskey and Brandy, Rum, and Tequila/Mezcal followed shortly afterwards. Over the years, Gin, Vodka and Liqueurs/Bitters have been added to the platform. At long last, this week Distiller released the “Other” spirits category to the world. 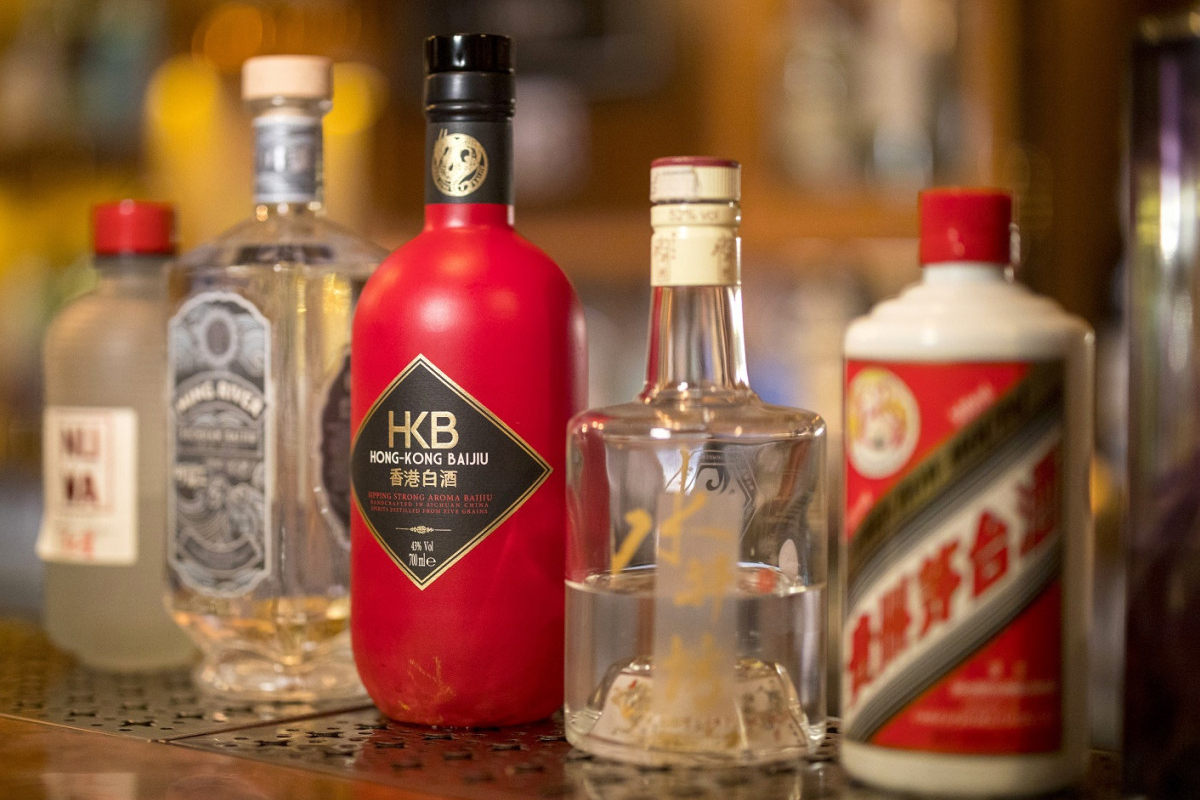 As the name suggests, this spirits category includes all the other spirit styles we hadn’t featured before including aquavit, absinthe, baijiu, soju/shochu, vermouth and much more! In fact, this includes new spirits types such as zero-proof and low-proof spirits, as well as ready-to-drink items.

In case you missed it we published some primers on aquavit and vermouth styles this week so be sure to check those out. You can expect to see more features on these spirits along with more listings added to the Other category in the coming weeks. In the meantime, make sure to check out the Other category and see what’s listed. As always, if you see we’re missing something, you can add the spirit yourselves. Happy tasting!

Old Forester Birthday Bourbon 2020 is set to be released on September 2, 2020. Since 2002, Brown-Forman has released this limited edition bottling marking the birthday of Founder George Garvin Brown. In addition to this occasion, this year also marks the 150th anniversary of the brand’s founding in 1870. For Old Forester Birthday Bourbon 2020, 95 barrels were selected by Master Distiller Chris Morris and Master Taster Jackie Zykan. The bourbon was barreled on June 5, 2010 and aged for 10 years. The allotment represents a full day’s production of Old Forester. 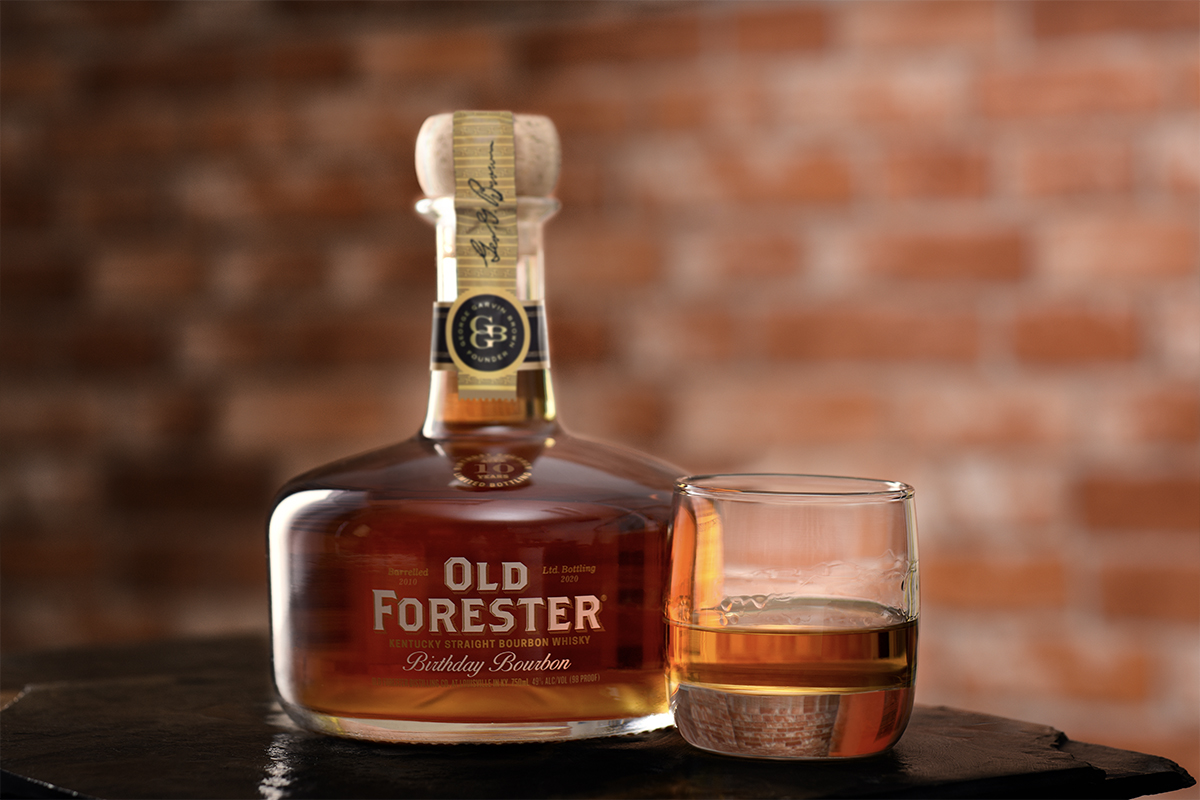 Old Forester Birthday Bourbon 2020 is the third edition to be bottled at Old Forester Distilling Co. on Louisville’s Whiskey Row. It is bottled at 98 proof and its SRP is set at $129.99. Its availability will be limited nationwide, but you could check out Old Forester’s website to find a retailer near you. Best of luck getting your hands on this one at this price!

Knob Creek 15 Year Kentucky Straight Bourbon has been released this month as a limited edition bottling. It was aged for 15 years in deeply charred new American oak barrels and selected from prime locations in the warehouse. 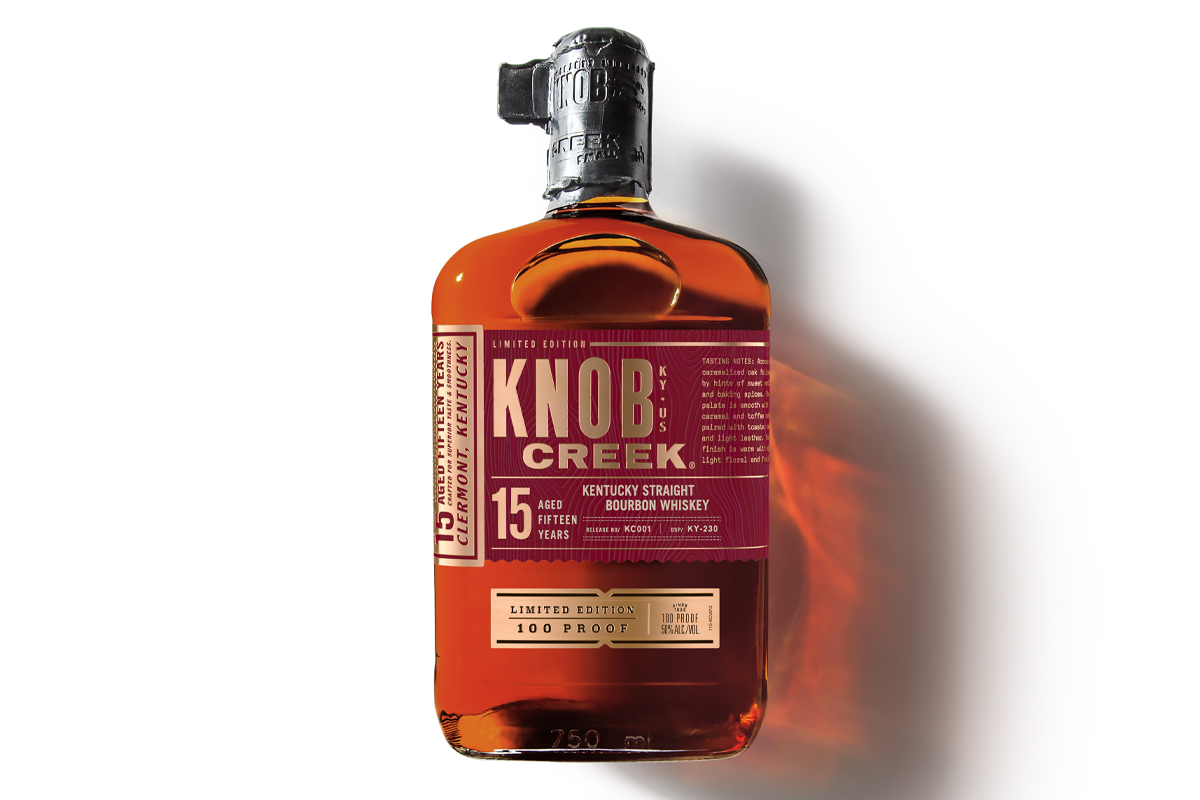 Jim Beam has re-released Old Tub Kentucky Straight Bourbon as of June 2020. Previously, Old Tub was only sold in 375ml bottles at Jim Beam’s American Stillhouse shop in Clermont, Kentucky. However, now the bourbon has been released as a limited edition version with updated packaging nationwide in 750ml bottles. 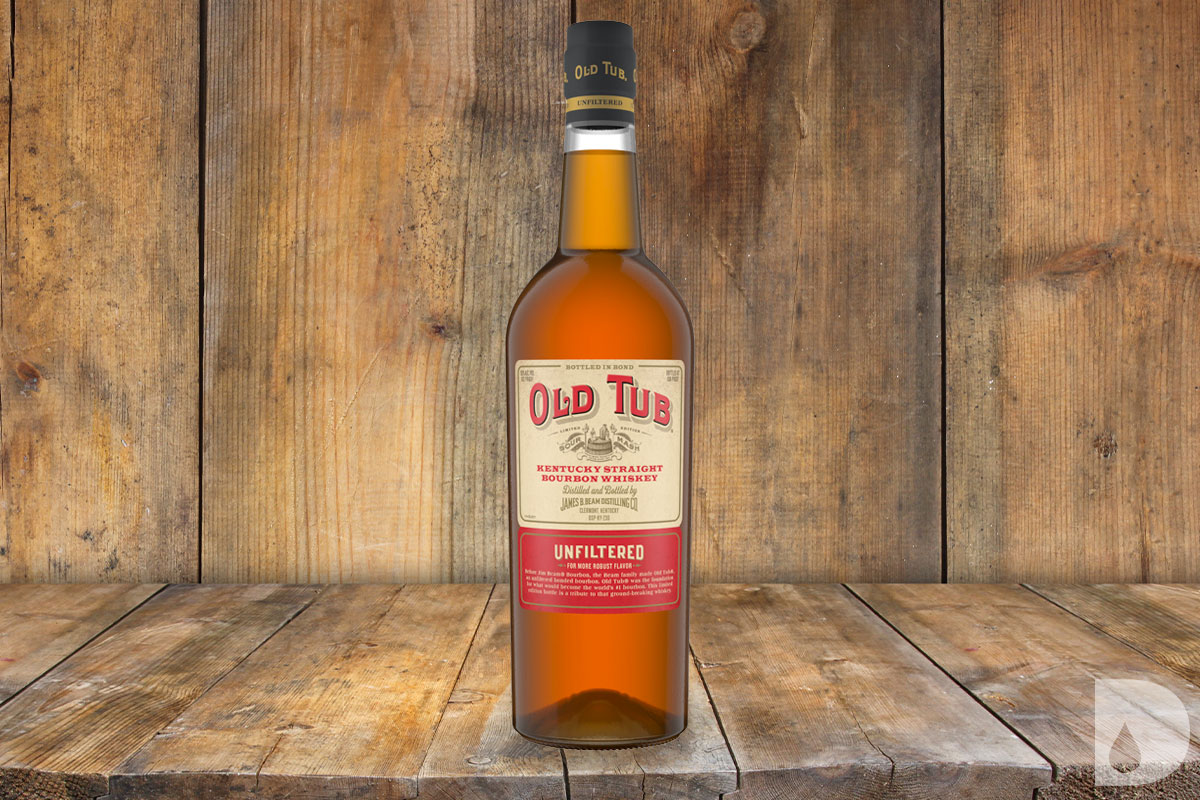 Before Prohibition, Jim Beam was known as Old Tub; the name change was probably for the best. Old Tub Kentucky Straight Bourbon is bottled without chill-filtration. It is also bottled-in-bond.

“We’re taking bourbon lovers back in time and making a delicious bourbon true to the way my ancestors intended over 140 years ago, when Old Tub was first crafted,” said Fred Noe, seventh generation master distiller. “I’m excited to share this one-of-a-kind liquid with our fans and provide a bit of authenticity and nostalgia as we head towards another 225 years in the bourbon industry.”

This annual American Hero Edition bottling from Heaven Hill features military veterans who are recognized for their service both abroad and at home. Each limited edition bottle features the chosen veteran’s picture, name, military title and distinguished story. The 2020 Evan Williams American-Made Heroes were chosen from over 6,500 nominations and are featured on more than 360,000 bottles available nationwide.

The American Hero Edition features Evan Williams Black Label Kentucky Straight Bourbon bottled at 43% ABV. It is available for a limited time at $24.99 for the 1.75L and $12.99 for the 750ml. 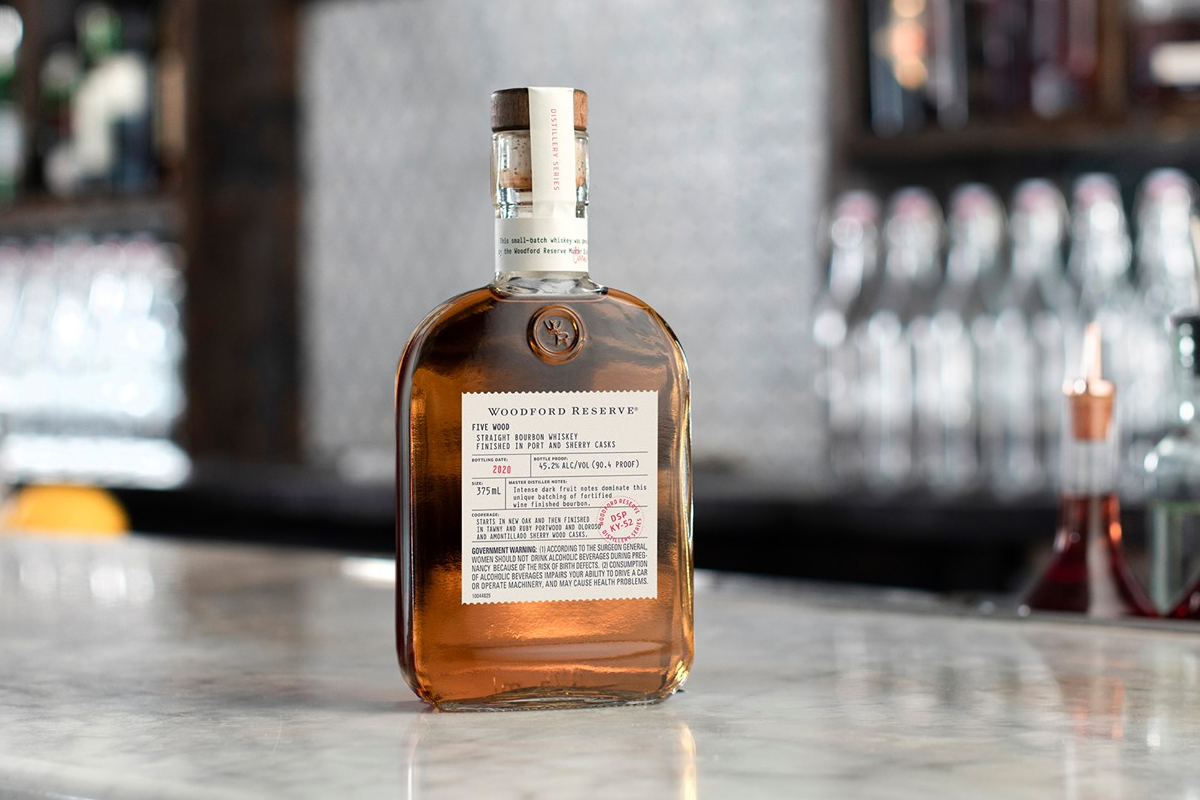 This bourbon bears no age statement and was bottled in 2020 at 45.2% ABV. It’s available in Kentucky and at the distillery in Versailles in 375ml sized bottles for $49.99.

Equiano Rum Launches in the US

Equiano Rum is an African-Caribbean blended rum brand created by Ian Burrell, renown global rum ambassador and Richard Seale, owner/distiller for Foursquare Distillery. The rum is made from 100% molasses from two distilleries: Gray’s in Mauritius and Foursquare in Barbados. The Gray’s rum was aged for 10 years in a combination of French Limousin and ex-cognac casks while the Foursquare rum (blend of column and pot still rums) was aged in American oak ex-bourbon barrels. 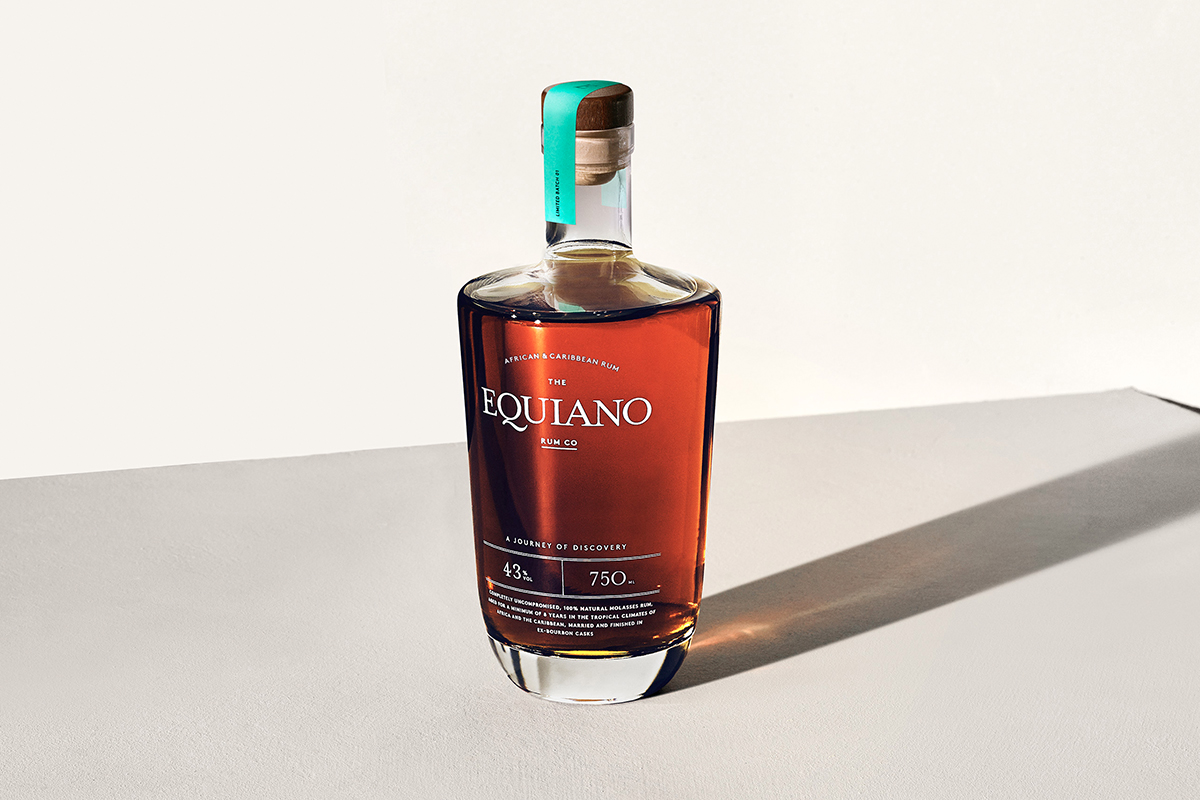 Together the rum has a minimum age statement of 8 years and is bottled at 43% ABV without added colorants, spices, additives or added sugar. It has an SRP of $59.99.

Equiano Rum is named for Olaudah Equiano (1745-1797), a Nigerian-born writer, entrepreneur, abolitionist and freedom-fighter who purchased his freedom in 1766. The rum brand will be giving 5% of global company profits to ground level freedom and equality projects annually. Furthermore, $2 of every bottle sold through its website will go directly into the Equiano Foundation which will announce its chosen charity later this year.

Ready to grab a bottle of Old Forester Birthday Bourbon 2020? 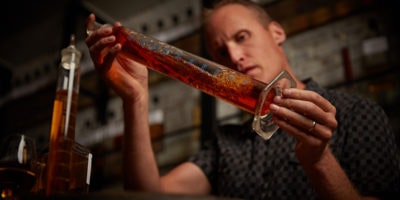 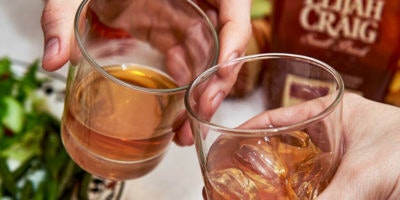 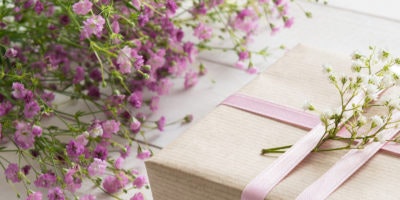