This week we bring you news of some new tariffs on European whiskeys and liqueurs, as well as interesting new releases, plus some new spirits travel destinations. First up, the US is imposing tariffs on Scotch whisky, Irish whiskey and Italian liqueurs. Next, the Sazerac Company just opened the doors to the Sazerac House in New Orleans. Westland is backing a Barley Research Fellowship to further study how barley varietals can be used in whisky creation. Patrón opened a brand new barrel room and Ardbeg Supernova is back. Plus, Octomore 10.1/107 Scottish Barley and three other whiskies debuted as the Octomore 10th Edition series. Finally, Teeling, Bardstown and The Walking Dead show all have new whiskeys for you to learn about. Onward!

On Wednesday this week (October 2nd), The United States government announced the imposition of a 25% import tariff on a host of EU goods including Scotch whisky, Irish whiskey and Italian liqueurs. These tariffs come on the heels of tariffs imposed by the EU as well as China on American whiskey products, all of which have supposedly resulted in a 21% sales decrease.

“While we recognize the US and EU are trying to solve long-standing trade disputes, distillers on both sides of the Atlantic have become collateral damage in matters that are completely unrelated to our industry,” said Chris Swonger, president and CEO of the Distilled Spirits Council. 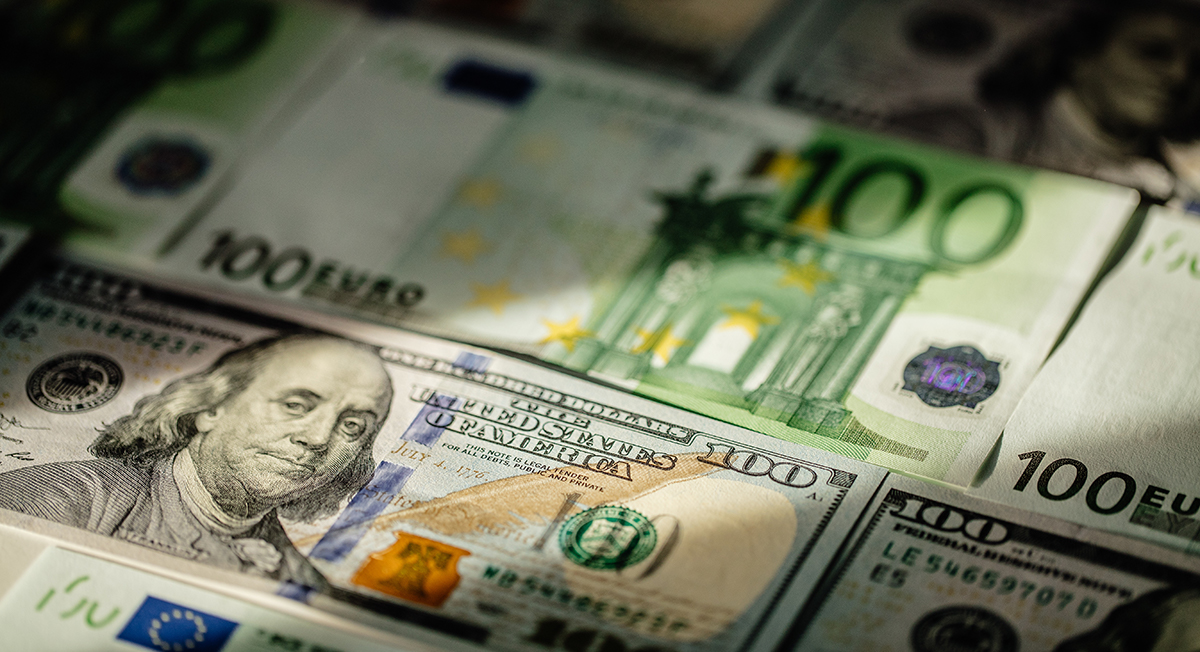 “Despite the fact that this dispute is about aircraft subsidies, our sector has been hit hard, with single malt Scotch whisky representing over half of the total value of UK products on the US Government tariff list (amounting to over US$460 million),” said Scotch Whisky Association CEO Karen Betts. She added, “[the tariffs] will undoubtedly damage the Scotch whisky sector.” She also expressed concern that the tariffs would disproportionately impact smaller producers.

All of this comes as the holiday season approaches, leaving many of us spirits enthusiasts to brace for increased prices on Scotch and Irish whiskeys, along with Italian liqueurs like Aperol, Campari and the many brands of Fernet.

The Sazerac Company opens the Sazerac House in New Orleans

This week The Sazerac Company opened The Sazerac House in New Orleans. Visitors to the House can experience a simulation of the original 1850s Sazerac House by sitting at café tables to talk to virtual New Orleans bartenders. The House also features interactive exhibits about the original Sazerac Cocktail. Plus while there, visitors can take part in the production of Peychaud’s Bitters and Sazerac Rye whiskey.

Based in a restored historic building located at Canal and Magazine Street, The Sazerac House is only a few hundred yards from the original 1850 Sazerac Coffee House. It is also the first (legal) whiskey distillery in downtown New Orleans. 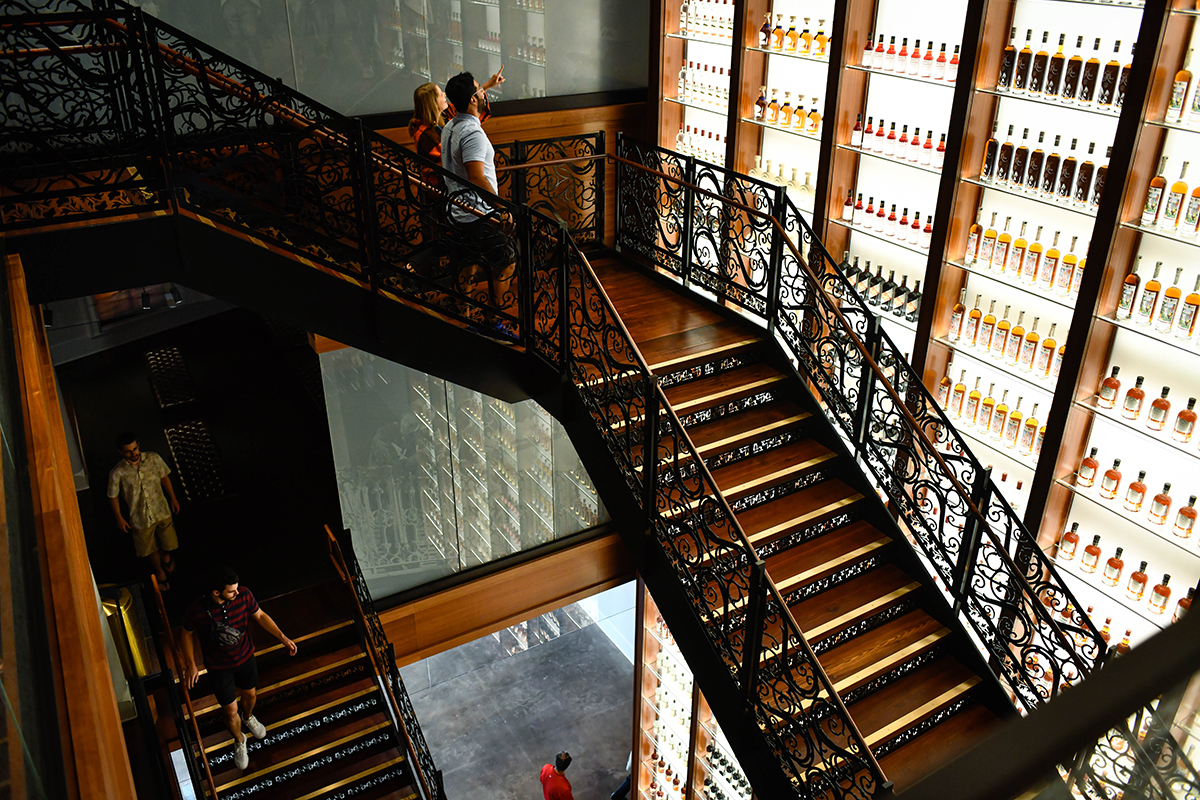 Inside the Sazerac House / Photo Credit: The Sazerac Company

Guests who are 21 and over can enjoy sampling stations with a variety of Sazerac products and cocktails, all of which will vary by day of the week and season. The House itself is open Wednesday through Saturday from 1pm to 6pm until the end of November 2019. The Sazerac Company plans to expand the hours later in the year. To get your complimentary tickets, head to sazerachouse.com.

“As one of just four ingredients in single malt, the whiskey industry has yet to really imagine what more barley can give us,” says Westland’s Co-Founder and Master Distiller Matt Hofmann. “Westland has been financially sponsoring the Bread Lab for four years, but this Fellowship is an exciting new step towards creating a fundamentally new relationship between single malt whiskey and the agriculture that supports it.” 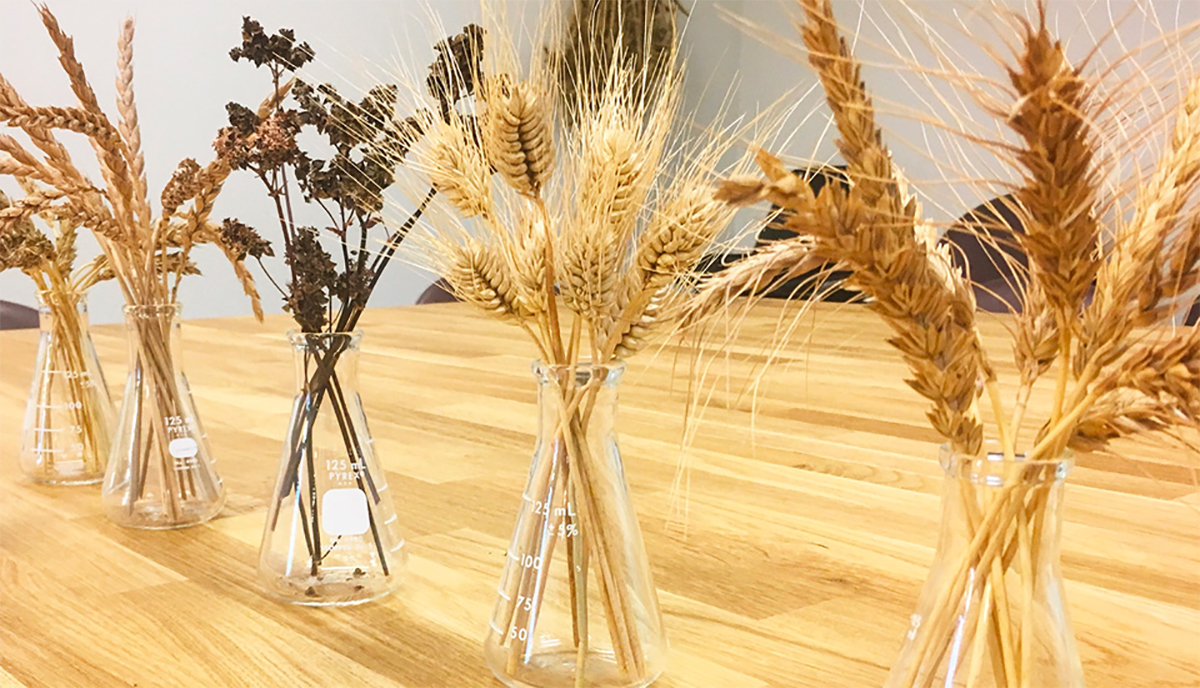 The charter for The Westland Distillery Fellowship is to research and breed barleys that meet three objectives. The first is that the barley must work for the farmer. It must be able to be grown in an economically viable way, provide income for the grower, and help sustain complete rotations in a healthy agricultural system. The second is that it must work for the changing environment. The varietals must be certified organic, regenerative-organic, “salmon-safe”, and should be able to tolerate changes in weather due to climate change. Third and finally, the barley must work for the end consumer. Varietals should be developed with different and novel flavors in mind. The output of the research is completely open to the public.

This week, Patrón announced the expansion of Hacienda Patrón with the opening of the Francisco Alcaraz Barrel Room. This new barrel room is twice the size of Patrón’s existing barrel room, allowing for a large increase in production. This 16,850 square foot expansion allows the brand to store more than 20,000 barrels of tequila between the two barrel rooms.

The new barrel room has an upstairs tasting room for educational sessions, as well as an underground private bar called La Cava. 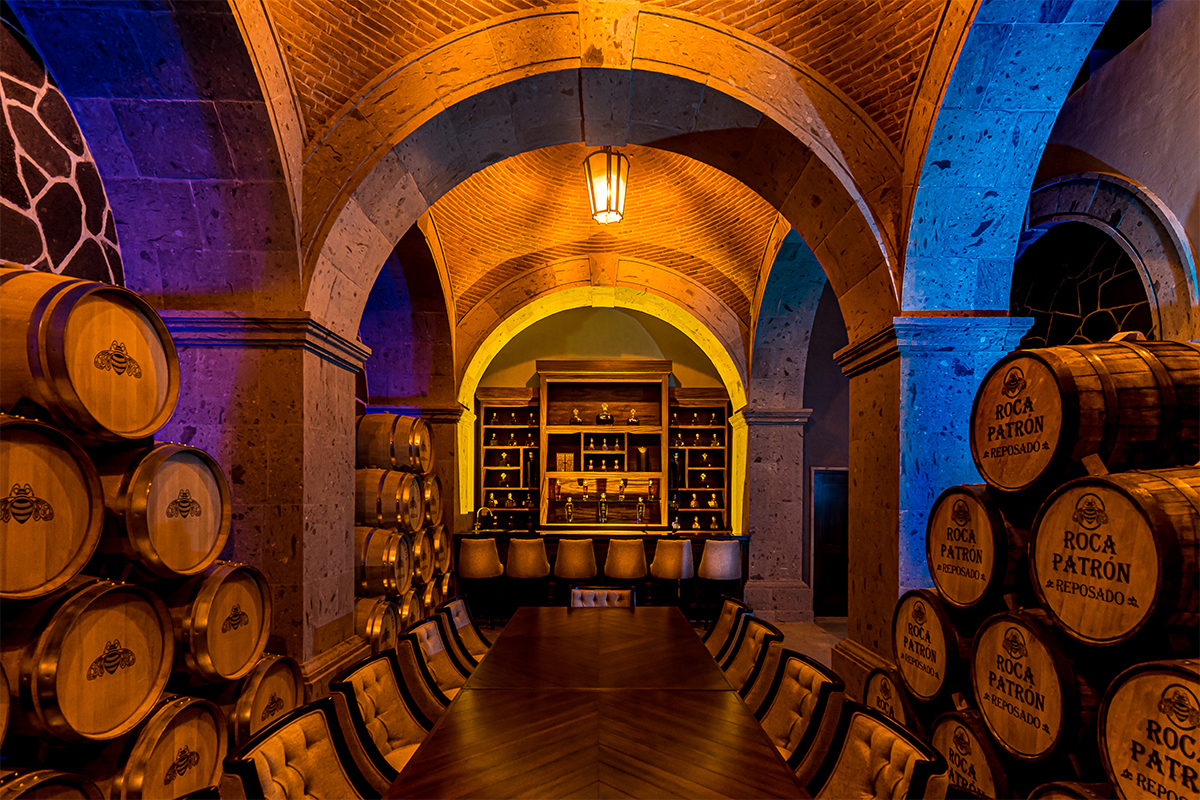 Ardbeg Supernova Is Back After “Final Release” in 2015

Back in 2015, Ardbeg announced what it claimed at the time was the fourth and final release of Ardbeg Supernova. Supernova was released in conjunction with a whisky experiment, of sorts. The brand sent vials of unaged Ardbeg spirit with shards of Ardbeg casks into orbit around Earth as part of a collaboration with the ISS (International Space Station). While the actual whisky sent to market spent no time in space, it commemorates the experiment.

The Supernova was first created in 2009 for the Ardbeg Committee, the brand’s “fan club” of sorts. It is the peatiest whisky that Ardbeg produces, at 100ppm—versus 55ppm for the Ardbeg 10 Year.

Now in 2019 Ardbeg has announced that Ardbeg Supernova is back once again for the fifth (and presumably actual final) time. It matured in ex-bourbon barrels, but carries no age statement. While the peat level has stayed the same for every Supernova release, the ABV has slowly decreased with time. The 2009 release was bottled at 58.9% ABV, while the “final” release in 2015 came in at 54.3%. The 2019 release is bottled at 53.8%, making it the lowest proof Supernova ever.

Ardbeg has not divulged the total number of bottles that will be made available, but they are up for purchase now to members of the Ardbeg Committee for £140 (~$172 USD) per 70cl bottle. 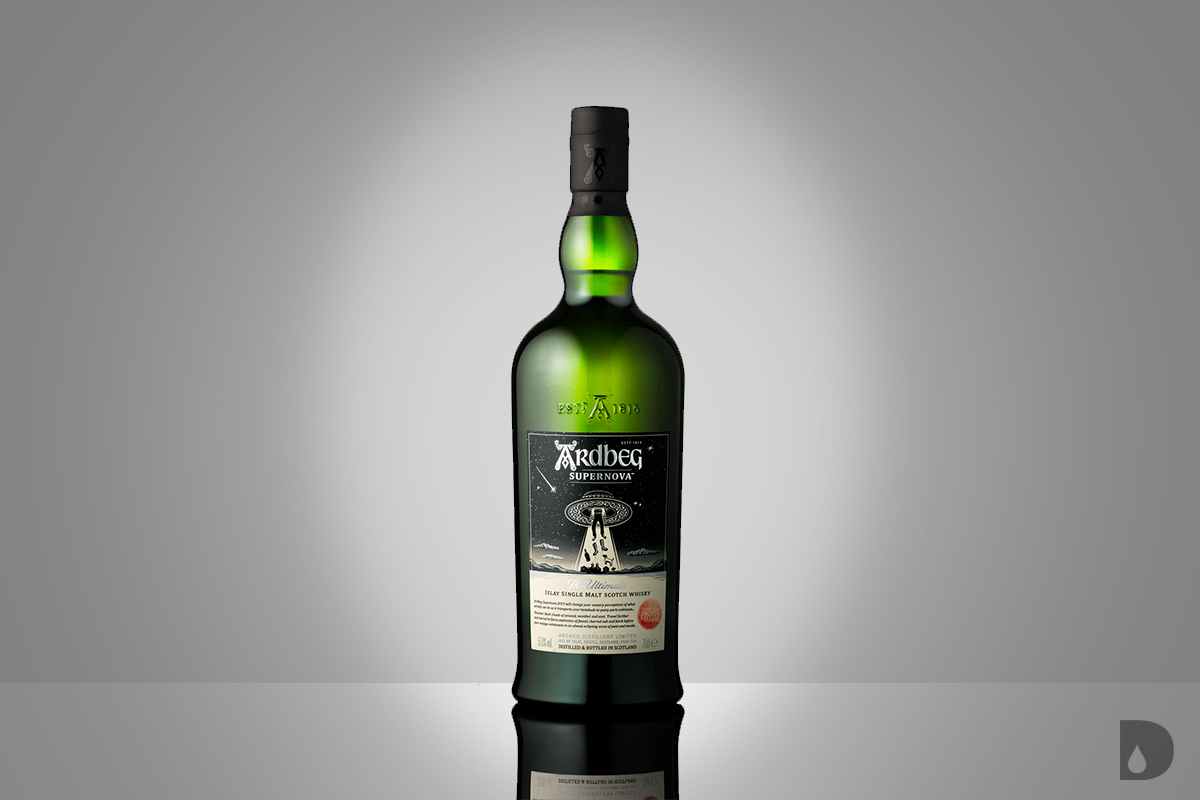 This week Bruichladdich announced the launch of the latest Octomore series. The 10th edition of this line features four “super heavily-peated” whiskies, two of which are available to purchase now from Bruichladdich’s website. The four whiskies in the 10th edition are peated at significantly lower levels than those in the 9th edition line. All of the whiskies are non-chill filtered and have no color added. 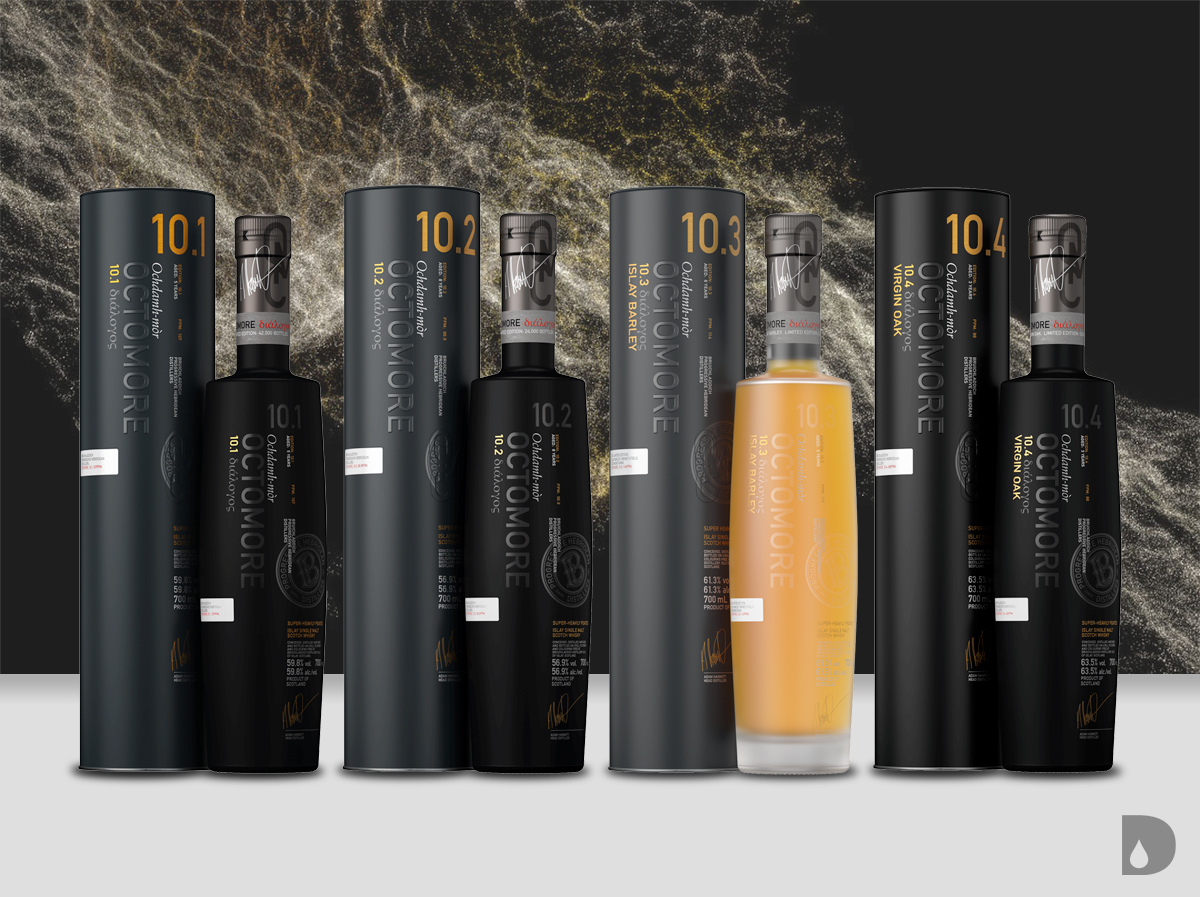 Teeling Whiskey Distillery unveiled a new line of Irish whiskeys this week. Dubbed the “Renaissance” range, this line comes after the success of the Revival series.

“The new range marks five years down the line,” says Stephen Teeling, co-owner and marketing director at Teeling Whiskey. “Five years ago we were at a stage where it was the revival of Irish whiskey and now we’re at a stage of the renaissance.”

The first whiskey in the new Renaissance range is Teeling Renaissance 18 Year Single Malt (Volume I). This Irish single malt whiskey is aged for 18 years in ex-bourbon casks, then finished in Madeira wine casks. Bottled at 46% ABV, this limited release whiskey will hit shelves in 2020 with a suggested price of £125 (~$150 USD). 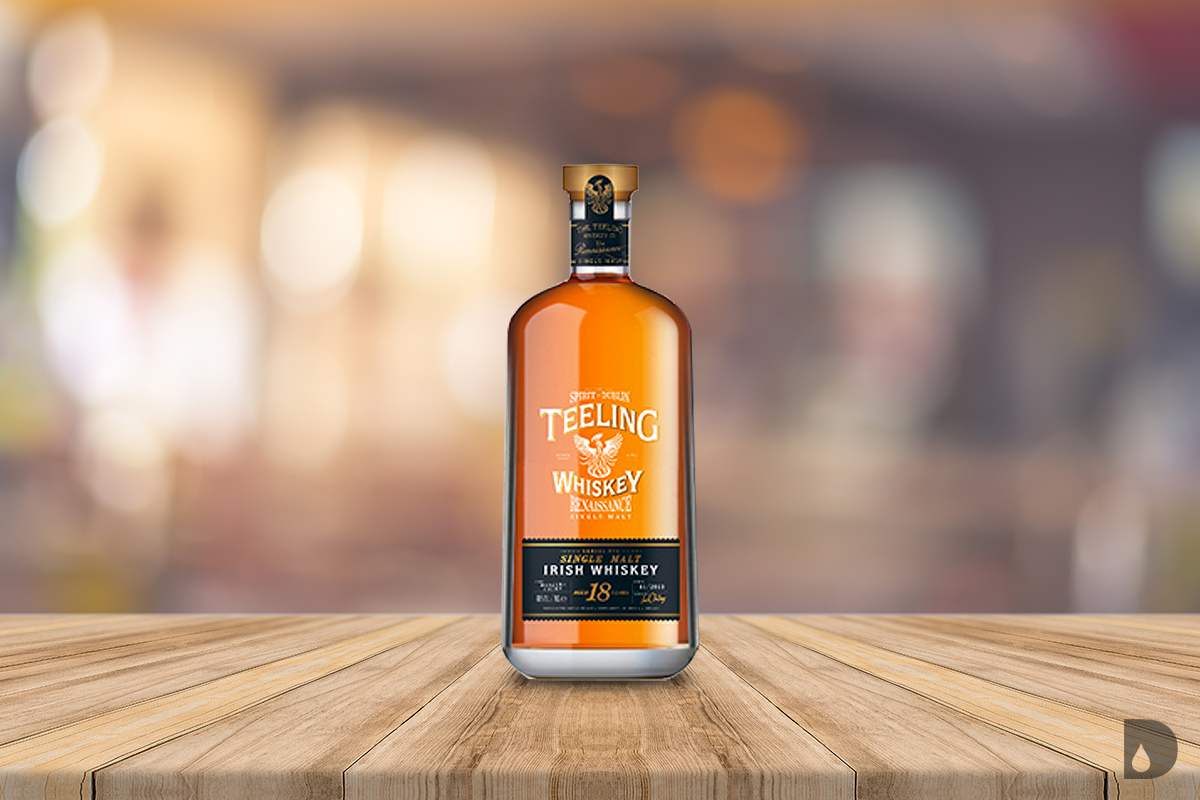 This 11-year-old Indiana bourbon finished in select Copper & Kings apple brandy barrels for 20 months. It has an ABV of 60.2% and carries a suggested price of $124.99 per 750ml bottle.

This “extremely limited” 10 year bourbon finished for 18 months in Copper & Kings Muscat Mistelle barrels, then was re-barrelled for an additional 19 months in freshly charred American oak casks. It is bottled at 49.95% ABV and is available to purchase onsite at the Bardstown Bourbon Company gift shop for $349.99 per 750ml bottle.

This 11 year bourbon was finished in Goodwood Brewing Brandy Barrel Honey Ale casks for 18 months. It is bottled at 55% ABV and has a suggested price of $124.99 per 750ml bottle. 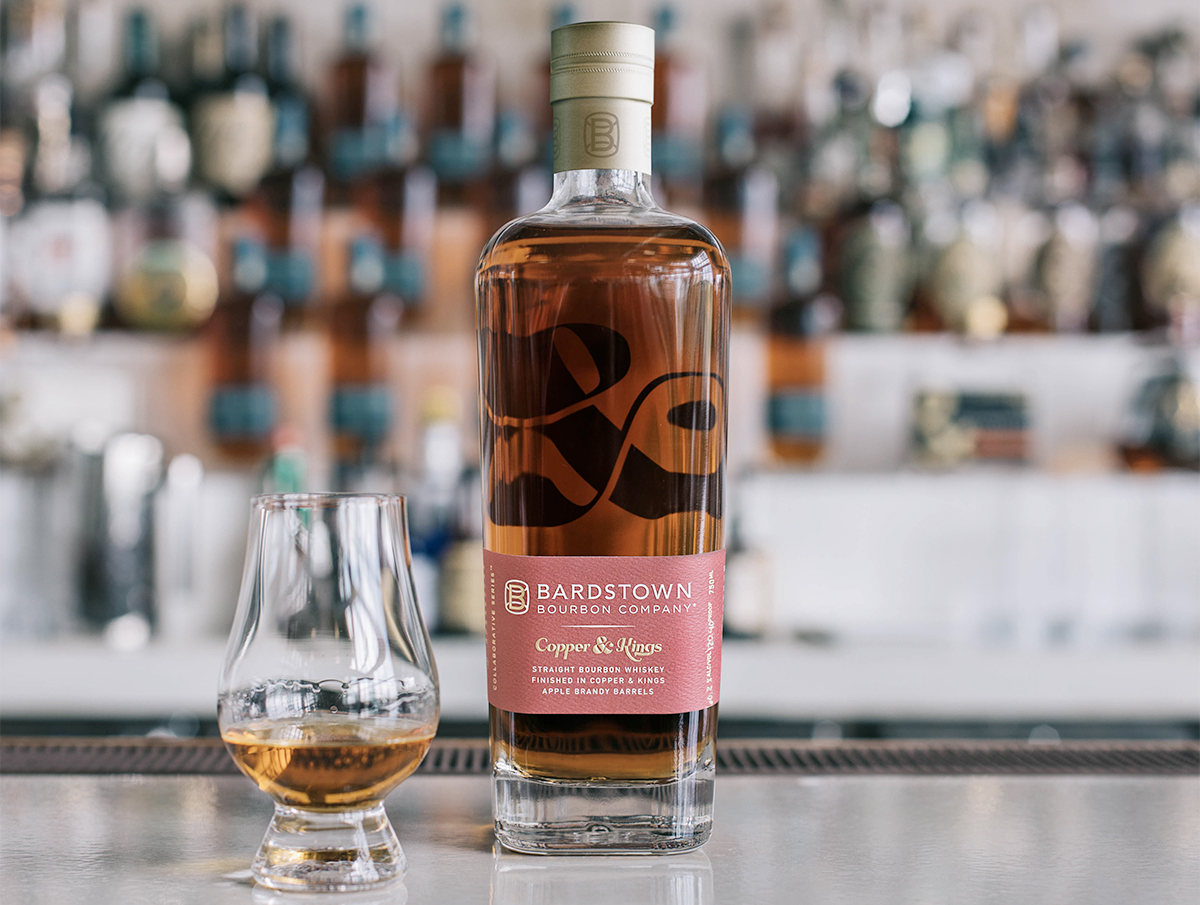 The Walking Dead Gets A Bourbon

Actors, musicians and movies all have their own spirits brands. Why not a television series? This week Diageo and Skybound, the company behind The Walking Dead TV show and comic, released The Walking Dead Kentucky Straight Bourbon. We first teased news of this release back in July.

The Walking Dead Kentucky Straight Bourbon comes in at 47% ABV and will be available nationwide starting in October 2019 for $34.99. 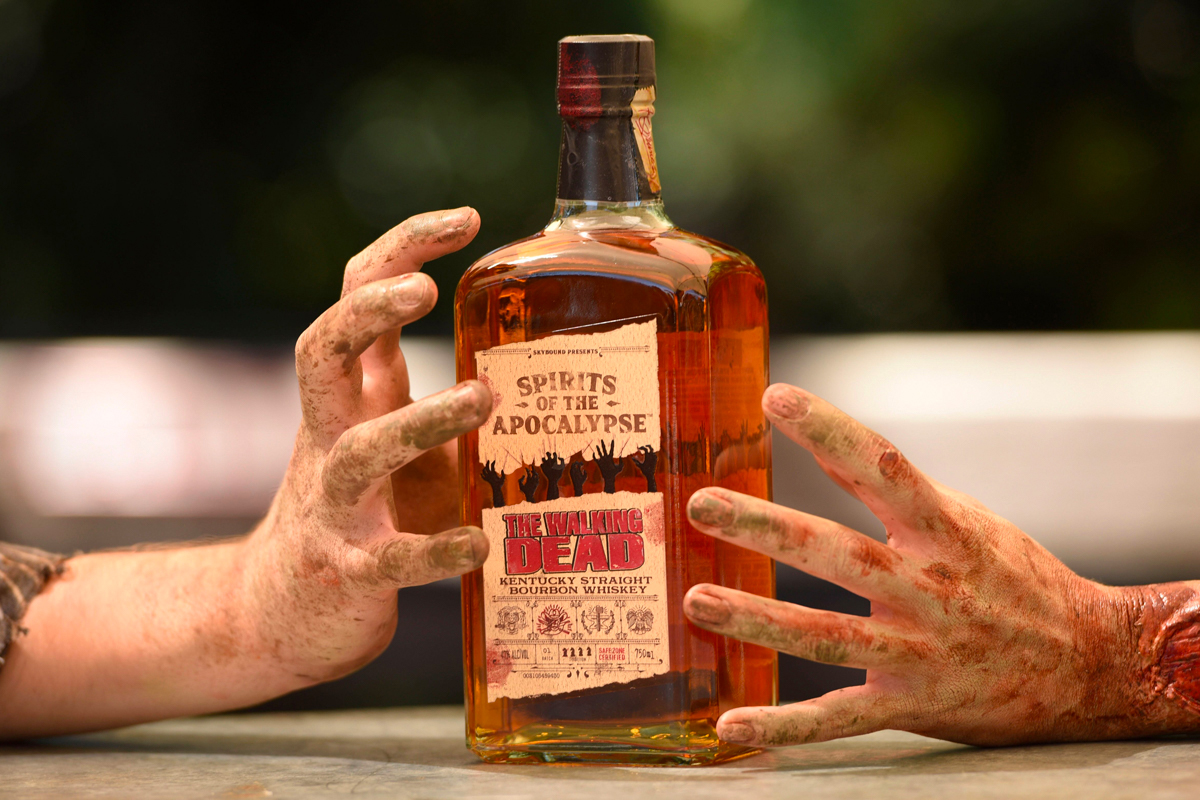 Which of the Octomore whiskies is on your list? Octomore 10.1/107 Scottish Barley, perhaps? 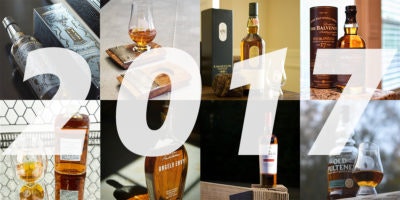 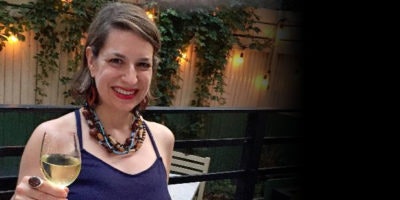 Table Talk: Amanda Schuster
Getting to know one of our favorite Tasting Table members 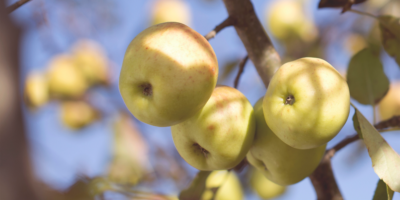