Once again Father’s Day is upon us and it’s time we start thinking of a gift to send our dear ole dads. For us, that means we start thinking about whiskey. And although we may not be able to share a dram with dad this year in person, we can gift him a whiskey in time for our next video chat. This year we’ve put together a whiskey gift guide which includes both new releases and some old favorites. And as everyone has their own personal preferences, we’ve categorized them by their overall profile. Whether your dad prefers more of a classic style of whiskey, or peated whiskies, or if he likes them with a special cask finishing, we’ve got you covered. Each of the Father’s Day whiskeys below are under $250 with most bottles well under $100.

These classic styles of whiskey eschew fancy finishing barrels and offer up their whiskey au naturel. However, just because they lack the fancy bells and whistles of say a sherry finish, doesn’t mean these whiskeys are boring. On the contrary, these whiskeys are full-flavored and ready to sip.

Released in June 2020, Wild Turkey Master’s Keep Bottled in Bond 17 Year is only the second bottled in bond bourbon released by the brand. As the bottled in bond regulations dictate, this is the product of one season, from one distillery, aged in a federally bonded warehouse for at least four years. This 17 Year clearly exceeds that requirement. Bottled at 100 proof, it has a limited availability of 14,400 bottles. SRP $175. 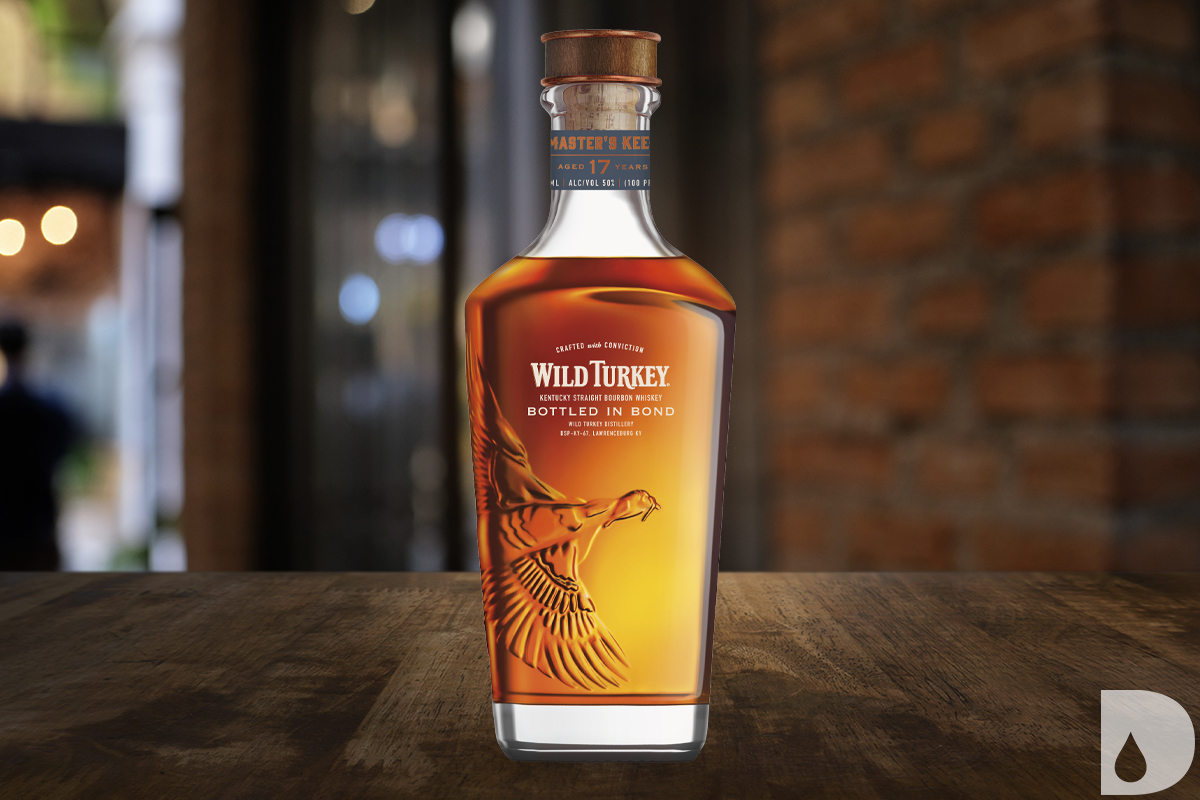 Lot No. 40 Canadian Rye Whisky is distilled at the Hiram Walker Distillery in Windsor, Ontario. Its production is overseen by master blender Dr. Don Livermore. The whisky is made in a 12,000 liter copper pot-still and is 100% rye—90% Canadian rye and 10% malted rye. Lot No. 40 is bottled without an age statement at 86 proof. SRP $39.99.

Larceny Barrel Proof Bourbon consists of a batch of wheated Kentucky straight bourbon which is aged 6-8 years. This second batch B520 was released in May 2020. The brand follows the naming conventions like Elijah Craig Barrel Proof. For example, the first batch of the year is designated “A”, the number following the letter refers to the month released, and the last two digits are the year released. Three batches—January, May, September—will be allocated each year. Each release will feature the batch number and proof which will vary with each release. Bottled without chill-filtration, it has an SRP of $50.

WhistlePig Homestock Whiskey was released in the spring of 2020. Flaviar members decided the blend after being sent blending kits at home of rye, wheat and barley whiskeys. The blend is as follows: 45% 4-year-old rye whiskey from Vermont (aged in Vermont oak); 30% 5-year-old wheat whisky from Canada (aged in char #1); 25% 5-year-old barley whisky from Canada (aged in char #3). Bottled at 43% ABV, its SRP is $72.99.

For those dads who prefer their whiskeys with a bit (or even a lot) of peat, these Father’s Day whiskeys are sure to please.

Launched in April 2020, Ardbeg Wee Beastie is a permanent addition to the brand’s core line of single malt whiskies. The brand wanted to create the “rawest, smokiest Ardbeg ever” in the Wee Beastie. It is aged for 5 years in a mix of ex-bourbon and ex-oloroso sherry casks. Bottled without chill-filtration at 47.4% ABV, its SRP is $43.99. 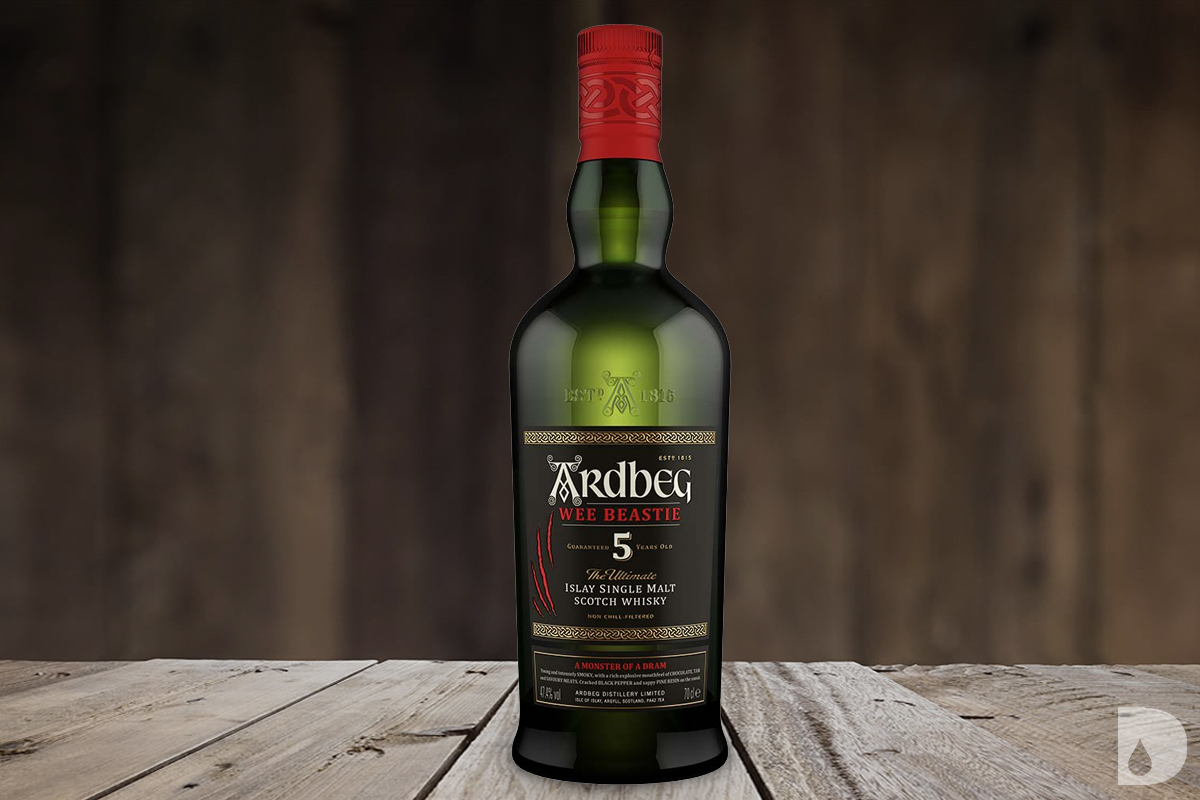 Although this Islay distillery wasn’t officially (read, legally) established until 1816, there are records that date distillation here going back to 1742. Malted barley produced just a hop, skip, and a jump away at neighboring Port Ellen Maltings is utilized here. Everything is long at this distillery: fermentation, distillation and maturation. Good things do indeed come to those that wait. It’s bottled at 43% ABV after 16 years in oak barrels. SRP $79.99.

Port Charlotte 10 Year is a permanent addition to Bruichladdich’s portfolio and replaces the multi-vintage Scottish Barley bottling. It’s made using 100% Scottish barley from the Inverness Shire region. This 10 year old bottling matures in a variety of casks: 65% in 1st fill American whiskey, 10% in 2nd fill American whiskey, and 25% in 2nd fill French wine casks. Port Charlotte bottlings are the heavily peated single malt line distilled at Bruichladdich with the barley peated to 40ppm. Bottled at 50% ABV, it is non-chill filtered and has no color added. SRP $65.

Backsetter is a new line for New Riff. For these whiskeys, backset (aka sour mash)—a portion leftover from a previously distilled whiskey mash—is added to the mash bill. In this case, the backset used peated malted barley. Otherwise, the distillery uses its standard mash bill for their Kentucky straight rye (95% rye and 5% malted rye). This is a bonded rye whiskey that is bottled without chill filtration. SRP $49.99.

Perhaps your dad likes his whiskeys with a bit of flair in them. These whiskeys each are finished in a unique barrel (or barrels). Cognac, sherry, and port barrels are featured below.

Blood Oath Bourbon Pact No. 6 is a blend of Kentucky straight bourbons crafted by Lux Row Distillers’ Head Distiller and Master Blender John Rempe who launched the series in 2015. Pact No. 6 uses three high-rye bourbons—a 14-year-old, an 8-year-old and a 7-year-old—finished in cognac barrels. Only 17,000 cases are available globally as of spring 2020. SRP $100. 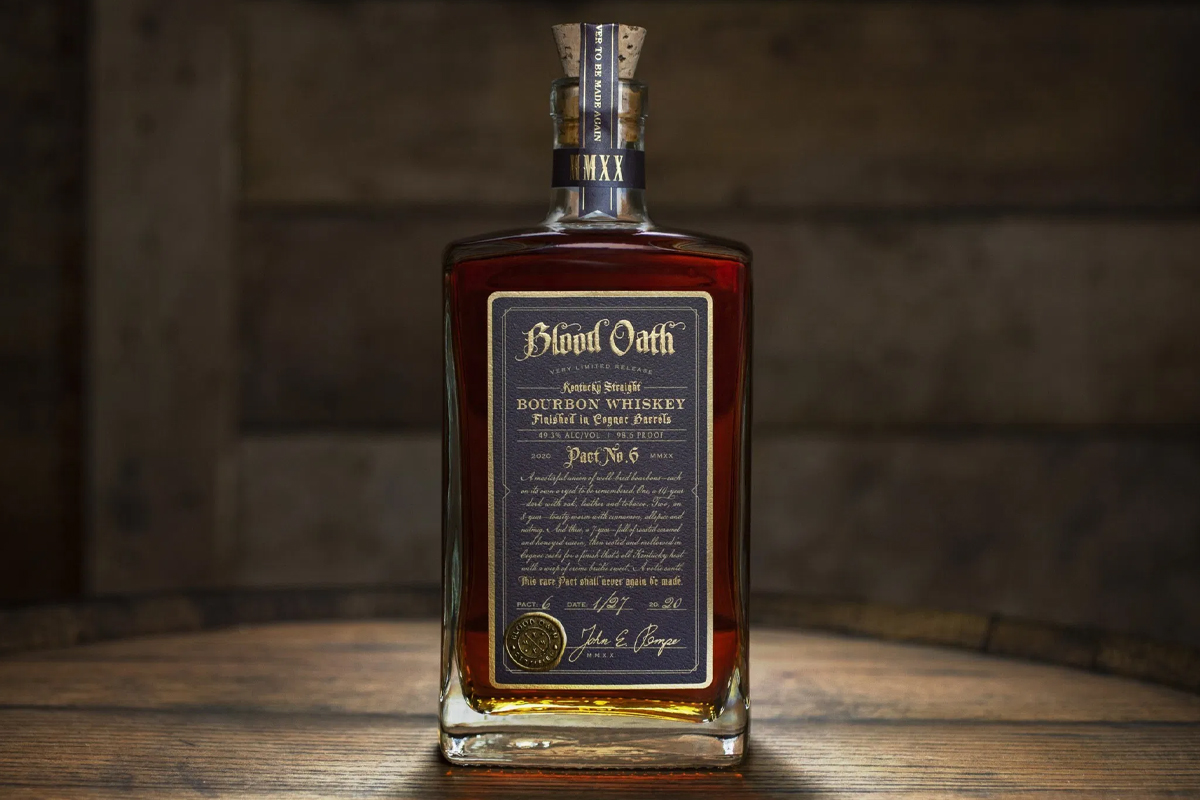 GlenDronach Cask Strength is a no-age statement single malt release. Batch 8 matured for 10 years in Pedro Ximenez and oloroso sherry barrels and was bottled at a cask strength of 61% ABV. There has been no chill-filtration nor have any colors been added to the whisky. Glendronach Cask Strength Batch 8 is available in the US and global markets as of October 2019. SRP $95

Angel’s Envy Bourbon Finished in Tawny Port Wine Barrels is the second release in the brand’s Cellar Collection following its Oloroso Sherry Finish release in 2019. The bourbon begins with 10-year-old Kentucky straight bourbon that is then finished for 10 months in former tawny port wine barrels. Released in February 2020, just 5400 bottles are available in just six states: Kentucky, California, Florida, Illinois, New York and Tennessee, in addition to the distillery located in downtown Louisville which opened in 2016. Bottled at 111.6 proof. SRP $249.99.

Bushmills 16 Year is a triple-distilled single malt aged around 15 years in a combination of oloroso sherry and bourbon casks. The whiskey is then finished in port wine pipes to finish its maturation. Bushmills 16 Year is bottled at 80 proof. SRP $149. 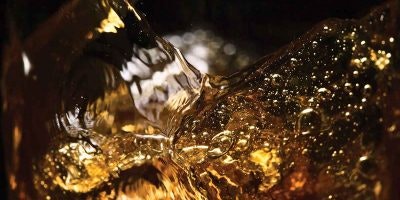 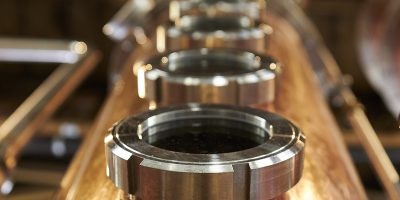 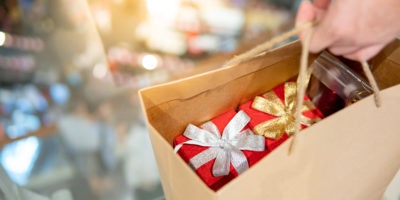