Beyond Chartreuse: Stock Your Home Bar With These Herbal Liqueurs

Oh Chartreuse! To many you are and forever will be the true green fairy. A liquid siren’s call of herbal deliciousness buoyed by a pleasant sweetness and all too real alcoholic kick. Many of us have gotten lost in the recesses of your mysterious ways, comfortably tickled to relaxing inebriation by untold numbers of emerald coated glasses. However, love you as much as we may, there are other herbal liqueurs out there. After all the world is a big, tasty place. Surely, you would not begrudge us a little promiscuity with some of your related botanical boozy brethren.

We’ve written here about Chartreuse before. Hopefully our little sermon inspired you to search out a bottle of botanical liqueur royalty. And if you enjoyed your green drenched dram on the wild side, you may be happy to know that there are other liqueurs to fill out your home bar’s Chartreuse besieged ranks. These liqueurs form a loose, but entrancing liquid family of botanical liqueurs. They are not bitters so they can’t be classified as amari. Instead, these liqueurs are based on inscrutable lists of ingredients held more tightly secret than Coca Cola’s original recipe. Let’s take a quick dive into some of these lesser known, but no less delicious bottlings.

Galliano is perhaps the most famous of the herbal-liqueurs-that-are-not-made-by-Carthusian-monks category. Tragically, its fame is more of the notoriety variety due to its inclusion in the unfortunate Harvey Wallbanger “cocktail” — a borderline sinister combination of vodka, orange juice and Galliano. As a result, Galliano has never gotten the proper respect it deserves.

Created in 1896 by an Italian brandy producer, caution-sign yellow Galliano has an interesting vanilla and anise flavor elevated by subtle herbal notes. Made with anise, star anise, cinnamon, yarrow, juniper, lavender, and other secret botanicals, this sun-hued liqueur clocks in at a serious 42.3% ABV. Like others of its ilk, it is sweet but not offensively so. Need some cool-kid credentials for picking up a bottle? Death and Co. bartenders have frequently reached for a bottle of Galliano to flesh out many of their cocktail creations.

Strega is a fascinating herbal liqueur invented in Italy by father and son duo Carmine and Giuseppe Alberti in 1860. Sunbeam golden in color, Strega is made from approximately 70 different botanicals including cinnamon, white pepper, mint and iris. Its character is lightly sweet and somewhat savory with a 40% ABV to boot. It isn’t as well-known as many other liqueurs out there, which is a real shame, because it definitely deserves a worn spot on your home bar. It makes for an excellent substitution in any cocktail calling for Yellow Chartreuse. Fun fact: Strega means “witch” in Italian.

Benedictine is delicious. Absolutely. Unequivocally. Certifiably delicious. You would think that would be enough to sell the stuff, but Benedictine’s inventor and original salesman, Alexandre Le Grand, felt that in 1863 his new French herbal liqueur needed a holy marketing boost. So, he embellished and then doubled down on a tale of a Benedictine monk named Bernardo Vincelli who supposedly created the secret blend of 27 botanicals. However, there don’t seem to be any records proving that Vincelli ever existed. Le Grand even went so far as to build an actual palace to house Benedictine’s production, giving the heft of his surname a physical presence while simultaneously proving that even irony will take a day off when eccentricity decides to roll into town.

Benedictine as it exists today with its characteristic bulbous bottle shape and herbal honeyed sweetness is one of the true treasures on the liquor shelf. It is not as intense or punchy as Chartreuse and therefore is quite a bit more versatile. Use it in classic serves such as the Vieux Carré or in modern takes like Jack McGarry’s (of Dead Rabbit fame) Old Fashioned à la Dead Rabbit. Or just drink it over ice as a digestif for a delicious end to a meal.

Dolin Génépy le Chamois is an herbal liqueur in the Génépy subcategory of Chartreuse spiritual relatives. Génépy is a style of alpine liqueur based on the plant of the same name. It’s a regional specialty, made more often in small kitchens of alpine residing families than in large commercial distilleries. Just like every American grandmother has their own recipes for chocolate chip cookies and buttermilk biscuits, every Alpine mountain living family within reach of local herbs has their own génépy recipe.

However, a few commercial examples do exist and some even escape into the wilds of the North American liquor market. Dolin’s Génépy is one such bottle that you should seriously try to track down. Not as saccharine as Yellow Chartreuse but not as domineering as the Green, Dolin Génépy occupies the happy herbal-entrenched space in between the former with a slight bitterness to complement its sweetness. It will easily do cocktail duty in the same places as its Carthusian-made cousins but is still versatile enough to find a happy home in simple highballs or just over ice.

There are so many other bottlings that we could cover here. Many are hard to track down outside of their home regions. But if you love Chartreuse and are looking to expand your home bar’s set of herbal cocktail remedies, then look no further than the bottles presented here. These herbal liqueurs may form a small unique group but deep within each golden or green tinted glass, there’s a lot to love. 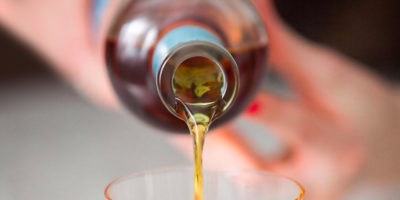 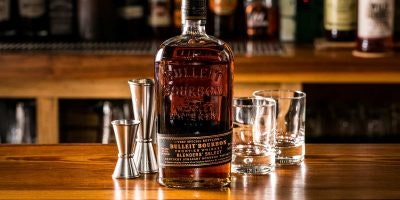 Bourbon Breakdown: Bulleit Bourbon
A look at the core line of this over 150-year-old bourbon brand