Never in modern history has there been more, or more excellent, Irish whiskey than there is right now. According to Drinks Ireland, there are roughly 50 whiskey distilleries either operational or in some stage of development across the island. That’s a far cry from the mere handful which had long been the category’s sole representatives. With dozens of distilleries firing away, there’s a far grander breadth of styles and flavors to be found as well, creating tantalizing trends to know and to taste. We’ll go over the latest Irish whiskey trends and show you a few bottles to add to your home bar.

Sherry casks and Irish whiskey are well known fast friends. But why stop there? For instance, at Teeling, which has always prioritized using a wide range of wine casks, the search for barrels doesn’t stop with oak. For a closer look at this Irish whiskey trend, just consider the brand’s Wonders of Wood collection. In this series, Teeling has released a single malt finished in virgin cherry wood, as well as one finished in casks made from the Brazilian hardwood Amburana, noted for its use in the cachaça industry.

At Royal Oak Distillery, the new lineup known as The Busker deploys Sicilian Marsala wine casks from Cantine Florio. The distillery also produces every traditional type of Irish whiskey in-house. Knappogue Castle, meanwhile, extended its line with a Wine Cask Finish Series. They too used Marsala casks in addition to Bordeaux and Barolo casks. Each of these expressions were aged for a minimum of 12 years in bourbon barrels before the secondary cask maturation.

There’s even prized Japanese Mizunara oak being put to use in Ireland. Glendalough Distillery originally released a 13-year-old single malt finished in Mizunara. Last year the brand upped the ante with a 17-year-old expression. This bottling spent twice as much time in the Mizunara casks as the prior release. As a result, it incorporated even more of its signature flavors, such as incense and wood spice.

Irish whiskey has always had deep roots in single malt — uh, hello Bushmills. But the country is now more widely recognized for producing wonderful single malt whiskey across the board. In fact, there’s no better example of this style than Waterford Distillery. Its first products were unveiled last year, emphasizing that yes, terroir in spirits does exist. The distillery is wholly dedicated to single malt, and distills batches from different farms and using different types of barley.

The efforts showcase how wildly divergent the results can be even when all other aspects of fermentation, distillation and maturation are kept the same. When those individual components are then blended together into a master release — what the distillery calls its Cuvée expression — a wonderful depth of flavor develops.

In addition to single malt whiskey flourishing in Ireland, there’s another style making waves as well. But as far as Irish whiskey trends go, it’s actually a traditional style coming back into fashion: single pot still. This style has been cherished for brands such as Redbreast and Green Spot. However, recently more producers are getting in on the fun. Teeling has a single pot still available, as does The Busker. And Glendalough finishes its single pot still release in virgin Irish oak.

The Shed Distillery produces its popular Drumshanbo Single Pot Still, and Dingle Distillery has one as well, matured in PX sherry. Kilbeggan released a single pot still expression last year and Tullamore DEW is plotting one. Others on the single pot still train include Slane Distillery and Clonakilty which have releases on the way.

In the previous few sections, you’ve seen a string of upstart producers mentioned, and it’s only the tip of the iceberg. Not only are there dozens of operational distilleries in Ireland, they’re now releasing self-distilled products, too. Elsewhere, there are new ventures backed by major players, such as Diageo’s Roe & Co. Distillery in Dublin. This brand which joins an increasingly deep Dublin distillery lineup, along with Teeling, Dublin Liberties, and Pearse Lyons.

But throw a dart at a map of Ireland and regardless of where it lands you’re bound to hit a distillery. A few more names to know Dingle Distillery, West Cork Distillers, Connacht Whiskey Distillery, Tipperary and Powerscourt, oh my!

Did you think the legacy producers were out when talking about Irish whiskey trends? Credit them for starting to lean into innovation while also taking advantage of their best resource — stocks of well-aged whiskey. Consider Redbreast, the brand which rekindled the notion that there was more to Irish whiskey than meets the eye. This beloved brand added a new permanent addition to its lineup last year with Redbreast 27 Year, bottled at cask strength.

Bushmills unveiled its Rare Cask Series last year with the release of its 28 Year Old Single Malt Cognac Cask. This whiskey was first matured in a combination of bourbon and sherry casks and then spent a whopping 17 years in cognac casks. The release is part of the same series of limited offerings including a 1992 single malt PX cask, a 1995 single malt Marsala cask, and a 1997 single malt made with crystal malt.

For those who have long loved Irish whiskey, and those who are just finding the category now, there’s never been more excitement or more to appreciate. 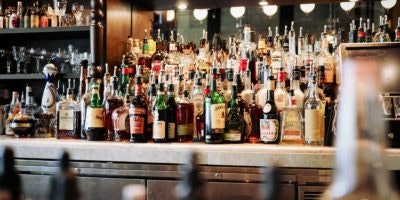 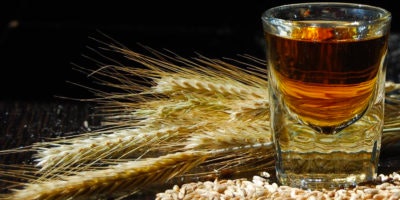