Being Kentucky bourbon’s first female Master Distiller was never Marianne Barnes’s end goal. Growing up, she never had any specific career in mind but she did know what she liked to do.

“I took extra math classes in high school because I was just that much of a nerd,” Barnes says with a laugh, thinking about the path to her current extraordinary position. “Science and math, but math in particular.”

She indulged a passion for mechanics, too, electing to work in the auto shop program at her high school. At that stage in her life, her trajectory was so loose she didn’t even make the automatic next step from high graduation to college.

CRAFTING HER OWN PATH

“After high school, I didn’t know what I wanted to do, so had I gone straight into college I probably would have wound up with a liberal arts degree, which, you know, there’s nothing wrong with that. But my mom asked me to open a business with her,” Barnes explains.

Their business – a little consignment art and craft boutique in the small town of La Grange, Kentucky – lasted only about a year and a half but taught Barnes to think like an entrepreneur, especially how to find and capitalize on opportunities. After the business closed, Barnes decided it was time to move on to college. At her father’s prompting, she looked into chemical engineering.

Barnes describes her decision-making based on the opportunities she thought it could bring.

“You can make peanut butter, cosmetics, bourbon, fuel, whatever. So that really drew me in, just the flexibility that I would almost definitely be able to find a job and a pretty good starting salary being a chemical engineer,” she says.

For her internship, Barnes chose Brown-Forman. The company has a reputation for hands-on work experience, which for her meant an opportunity to keep learning and exploring. She impressed the company enough during her internship to be offered a job immediately upon graduation.

Barnes saw her job as the next place to explore – as long as she was willing to do above-and-beyond work.

“I didn’t have a taste for whiskey before I started working for a whiskey company. I was drinking – you know – tequila, and Captain Morgan and maybe some light beer here and there but after starting on the sensory panels down there at R&D on the main campus, I just wanted to try everything and I found it really fascinating,” says Barnes. “I quickly found my passion and my palate for whiskey developed really quickly.” 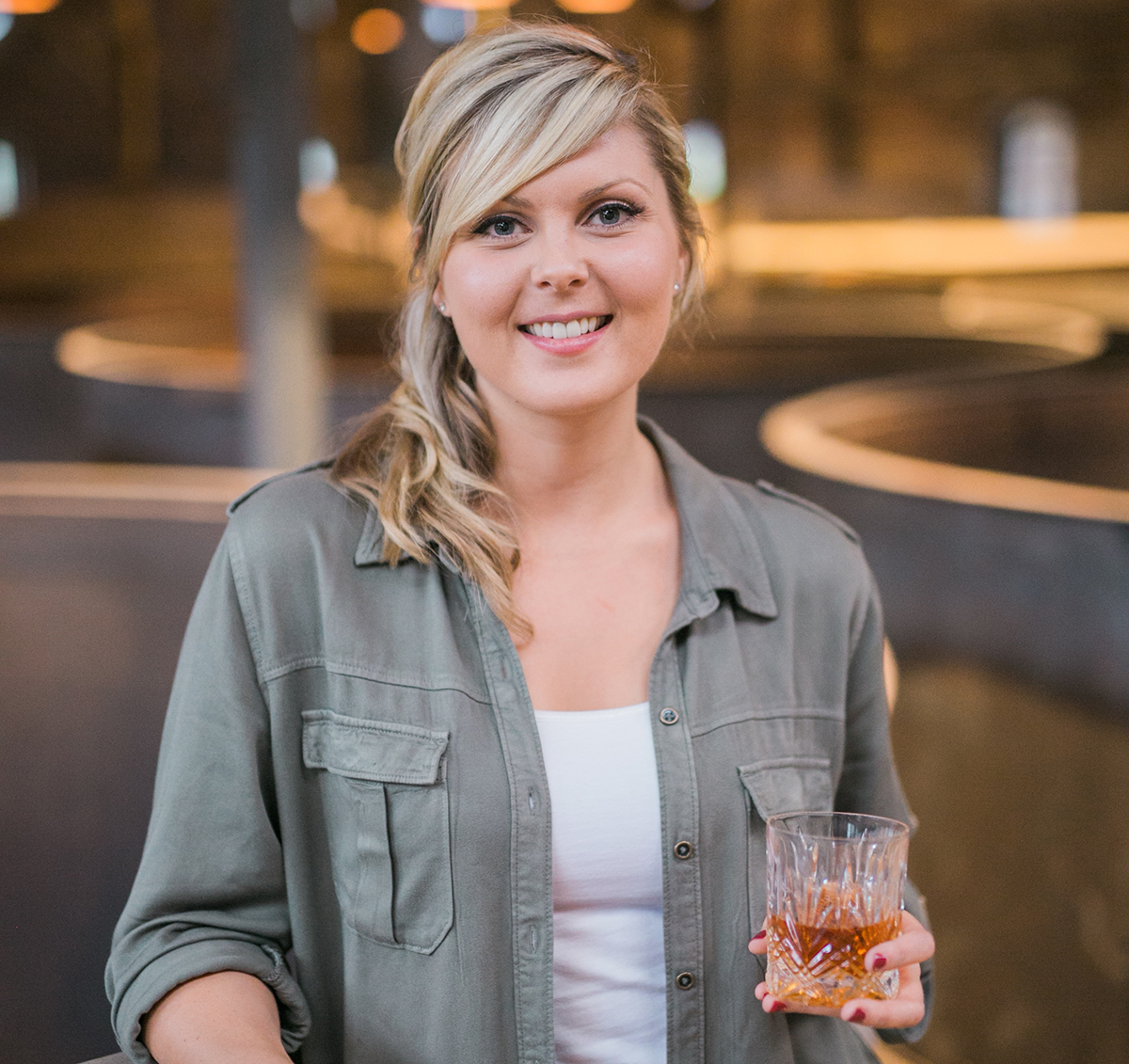 Brown-Forman quickly recognized Barnes’s eagerness to learn all parts of the business and set a fast-track for her.

“They asked me if I would be interested in being a guinea pig for this production management training deal. And I should have had an idea that someone had a bigger plan, they were grooming me for something. Per usual I was just like, ‘Yes, I’ll do it!’“ Barnes exclaims. “I spent six months in production working all three shifts. I got a lot of experience and management experience very quickly running a crew of thirty union employees and me being just out of college with no management experience!”

At the end of her production management, Barnes was shown the track she was on.

“They asked me if I wanted to start training with Chris Morris. It was huge. I had no idea that it was coming. Total shock. I can’t imagine the look on my face when they offered it to me.”

Out of the blue, she was offered a place with a new distillery, as-yet unnamed, but to be housed in historic Old Taylor Distillery. She was only 28 at the time.

Inheriting a legacy from one of bourbon’s biggest names was a definite plus, but the distillery was in shambles. Barnes had to design, develop and implement her bourbon production methods almost from scratch. She also had to expand her repertoire from whiskey to gin.

Barnes added botany to her list of science pursuits. She began working with Master Gardener John Carloftis who was overseeing the landscape renovation of the distillery grounds. The two created a private garden populated with native and Kentucky climate tolerant herbs and other botanicals for her to harvest as the flavoring agents for her gin. 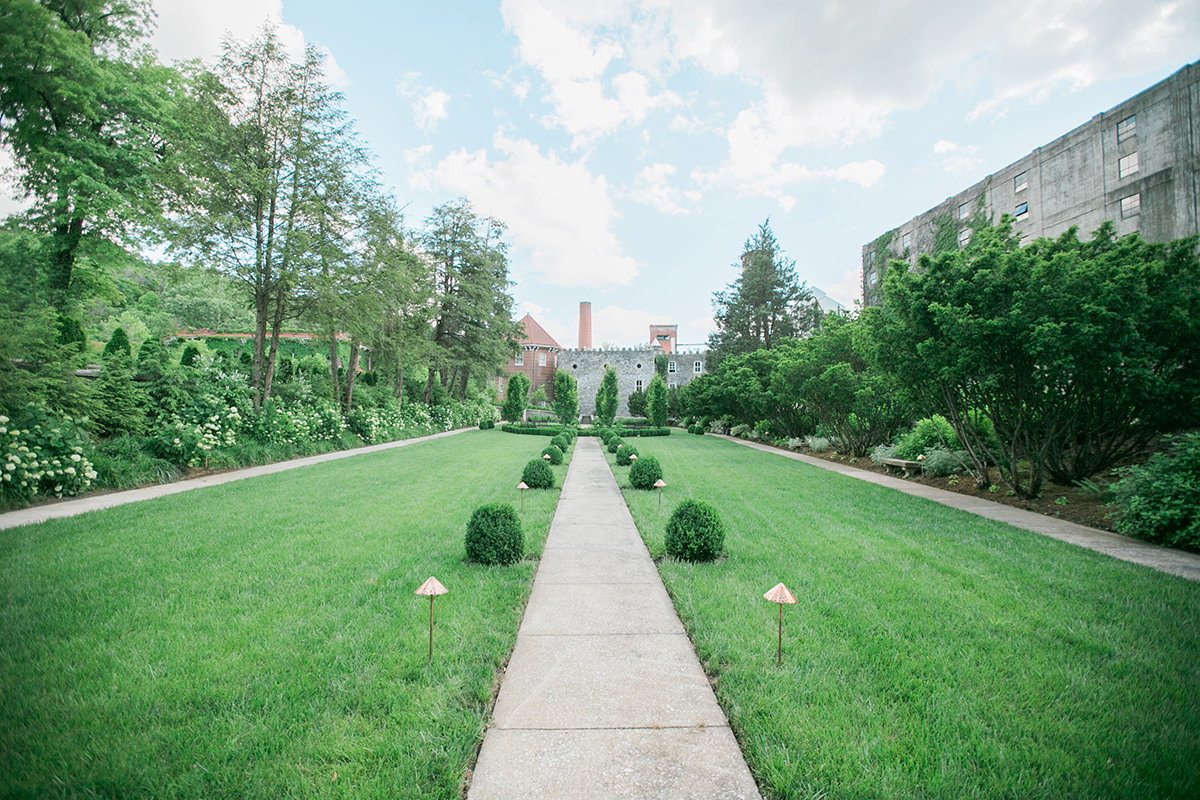 While the multi-year project of fully restoring the Old Taylor Distillery is still underway, many folks are following Barnes’s progress – and not just spirits enthusiasts. Parents of girls considering STEM (science, technology, engineering and math) careers are looking to her, too.

“Every speaking engagement I go do, there will be a few people who come up to me afterward who say, ‘I would love for my daughter to meet you, you’re so inspiring. So-and-so is doing math maybe I can convince her to switch to engineering.’ I love it,” Barnes says with a genuine smile.

As an unexpected role model, one wonders what advice Barnes has for girls looking for a career path like hers.

“It might sound kind of cheesy, but you can achieve whatever you want to achieve and whatever you’re willing to work for,” Barnes says. “I think one of the things that got me where I am in an accelerated path was not letting opportunities pass me by. Lining myself up for them. I just kept raising my hand saying ‘Yes!’ And there’s something that they say about the difference between men and women, when an opportunity comes up men will take it if they think they have at least 20% of the skills to do the job and women, they won’t accept it unless they feel confident they know 80% of the responsibilities. So, being comfortable and being thankful, really, for what you have yet to learn and knowing that you are competent to grow into those new challenges.”

Castle & Key began producing spirits late 2016. Gin is expected to be released in 2017 with rye whiskey and bourbon to follow in the next few years. The distillery is expected to be open for visitors in fall 2017. 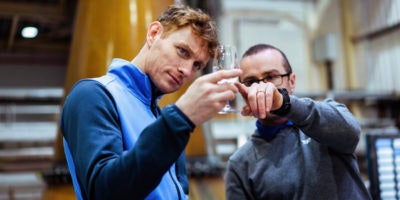 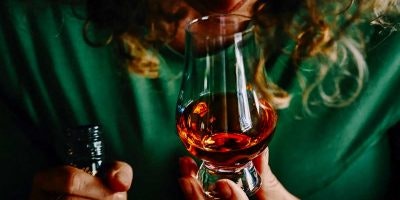 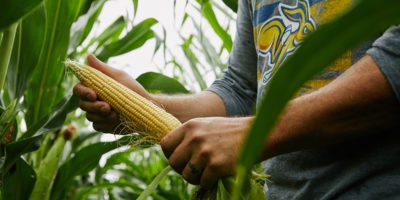