Whiskey Drinkers Should Take A Closer Look at Genever

Part of genever’s usual selling point is its status as the grandfather of gin. But this historical spirit shares just as much (if not more) DNA with whiskey. So, for adventurous whiskey drinkers in search of a malternative, genever should not be overlooked.

Whiskey is easily the most well-known grain-based spirit the world over. But you should be aware of similar products, genever being one. “Nowadays it is a category with many variations, many of them still exclusively distilled from grain and aged, just like whiskey”, explains Master Distiller Myriam Hendrickx of Rutte Distillery. “The only difference is that genever has juniper and often other botanicals; sometimes many, sometimes hardly noticeable. The aged versions are sometimes almost identical to whiskey. It’s a wonderful spirit to discover for any whiskey lover.”

Genever can only be produced in the Netherlands, Belgium and small regions of France and Germany. And it might be surprising to know that genever was the first international spirit category, thanks in part to the former maritime dominance of the Dutch. It dates as far back as Scotch and Irish whiskey, if not farther. In fact in the early days of commercial whiskey distillation, the Scottish actually turned to the Dutch, who were renowned for their distilling prowess in the 16th and 17th century. Dutch genever distiller Patrick van Zuidam likes to tease his friends in the whiskey industry. “Genever is the older sibling to whiskey and everybody knows older siblings are wiser and nicer to be around,” he says.

The history of genever goes back centuries and some of it is interwoven with Scotch whisky. Before commercial distilleries played a prominent role, aqua vitae was mainly produced in a network of monasteries and abbeys such as Lindores Abbey – generally accepted as the birthplace of Scotch whisky. But the Dutch helped with the commercialization of distillation in the United Kingdom; a skill they inherited from German distillers fleeing west during the turmoil of the Protestant Reformation. They landed in Amsterdam, Schiedam, Delft and Rotterdam, and brought with them improved technology and new techniques. This didn’t go unnoticed with Scotland’s foremost distilling family.

Robert Haig left the Scottish Borders in 1623 to study genever distilling in the Netherlands, likely in or near Rotterdam. When he returned to his family farm he picked up distilling, probably producing a gin-like spirit. Records show that over a century later one of his descendants resided in Rotterdam. And when the Haigs opened their Canonmills Distillery in 1782, they shipped in a couple of Dutch distillers to assist with production.

Another prominent example is the influence of Dutch distiller Henricus van Wyngaerden. He moved to Edinburgh in 1723 and became part of The Society of Improvers of Knowledge of Agriculture in Scotland. Van Wyngaerden helped future generations of Scottish distillers improve the quality of their whisky.

Nowadays the Dutch aren’t nearly as influential in distilling or trade. However, genever serves as a reminder of their once prominent role. Modern mash bills often include rye, barley, corn or wheat. Additionally, the distillation techniques used for genever are very similar to the production methods of whiskey. “I know many whiskey drinkers will appreciate an aged genever because it ticks most of the same boxes on the flavor palate”, says Van Zuidam. “We use long fermentations for all grain mashes. Slow distillations in pot stills. And aging in oak casks for many years. The main difference is the use of juniper. This adds a subtle extra layer of flavor and differentiates the spirit from whiskey.”

For the adventurous whiskey drinkers there are many genever options to choose from, whether you generally like bourbon, single malt, rye or even peated whisky. We’ve selected some examples for you to hunt down and try.

Filliers has the largest stock of aged genever in the world. In fact, many other genever brands source their malt wine from Filliers. It launched a new barrel aged series a few years ago, ranging from 8 to 21 years in age. All of these would be suitable for whiskey drinkers, but the 17-year-old stands out because of a flavor profile not too dissimilar from Irish pot still whiskey.

It’s made from barley, rye and corn and has aged in American oak ex-bourbon casks. The only botanical used is juniper, which is added after maturation in very small quantities.

It’s all in the name and Rutte Single Malt Genever is clearly marketed as the Dutch alternative to single malt whisky. It is made entirely from malted barley, which is uncommon, and has matured for 4 years in new American oak barrels. Botanicals include angelica root, orris root, coriander seed and juniper, of course.

Founded in 1872, Rutte Distillery is currently led by Myriam Hendrickx. She has launched a number of genevers aimed at whiskey drinkers over the years, including a series releases consisting of Pedro Ximénez, fino and oloroso-cask genevers.

Hooghoudt Aged Genever is likely to win over fervent whiskey drinkers. It matured in ex-oloroso sherry butts from Spain, a type of European oak barrel that holds up to 500 liters of sherry wine. The butts were filled with a malt wine distilled from wheat, corn and rye, which was left to age for five years.

Only juniper berries have been added to here, which delicately balances between grainy notes and flavors from the ex-oloroso cask.

It’s almost impossible to pick just one of Zuidam Distillery’s genevers. Master Distiller Patrick van Zuidam has made a name for himself internationally, both with his excellent Millstone single malt and rye whiskeys. But his genever is equally impressive. This 5-year-old genever from the distillery’s core range is made from equal parts rye, corn and malted barley. After maturation in new American oak casks the result is spicy, sweet and malty with an added botanical layer from aniseed, licorice and juniper.

Finally, a bit of an oddity. There’s generally no such thing as peated genever. At least not in the same sense as peated whiskey made, which is made from barley that’s been dried over a peat fire. But there is a genever with some gentle peat flavors. A brand with its roots in the 17th century, Wenneker finishes one if its releases in a cask that formerly held an Islay single malt. This cask imparts a smoky veneer to the genever. As a result, this makes it an excellent alternative to some of Scotland’s peaty single malts.

Whiskey drinkers, are you ready to grab a bottle of genever? 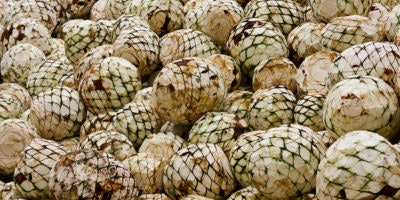 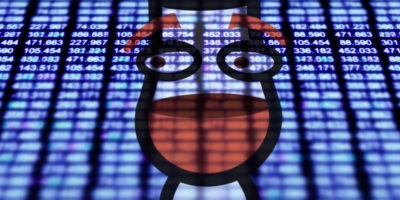 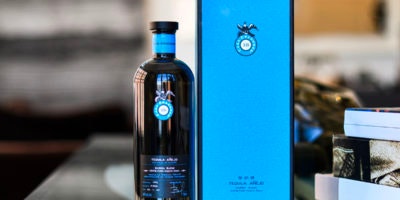