This week saw some news in the ongoing trade disputes between the United States and the European Union. Spirits trade organizations from Europe and the United States are now projecting massive damage to the health of the spirits industry due to the tariffs that both countries have imposed on spirits. Next, Wilderness Trail became the first distillery to graduate from the Kentucky Bourbon Trail Craft Tour to the full Kentucky Bourbon Trail. Then, Irish Distillers unveiled the third whisky in the Dair Ghaelach line with Midleton Dair Ghaelach Knockrath Forest. Douglas Laing unveiled Big Peat 27 Year Black Edition, the third and final in the Vintage Series line. Finally, Flaviar has a new limited release to celebrate the new Guy Ritchie film and Jameson launched Jameson Cold Brew. Let’s take a deeper look.

The ongoing trade war between the European Union and the United States has been underway for several years now. Tariffs have been put in place against American whiskey by the EU, and on scotch and other European spirits by the United States. Now, the head of the Scotch Whisky Association (SWA) is warning that if the trade war continues the damage to the Scotch whisky industry could be devastating.

“Exports each way are markedly down, and if these falls are maintained over the year around £100 million is likely to be lost in Scotch whisky exports,” said SWA Chief Executive Karen Betts. “Many smaller Scotch whisky companies are now asking themselves how they can continue exporting to the US, whether they can build up alternative markets, and if not how their businesses will cope.”

Both the SWA and DISCUS are calling on the United States and the European Union to return to zero-tariff trade on distilled spirits before further damage is done to the global spirits industry. 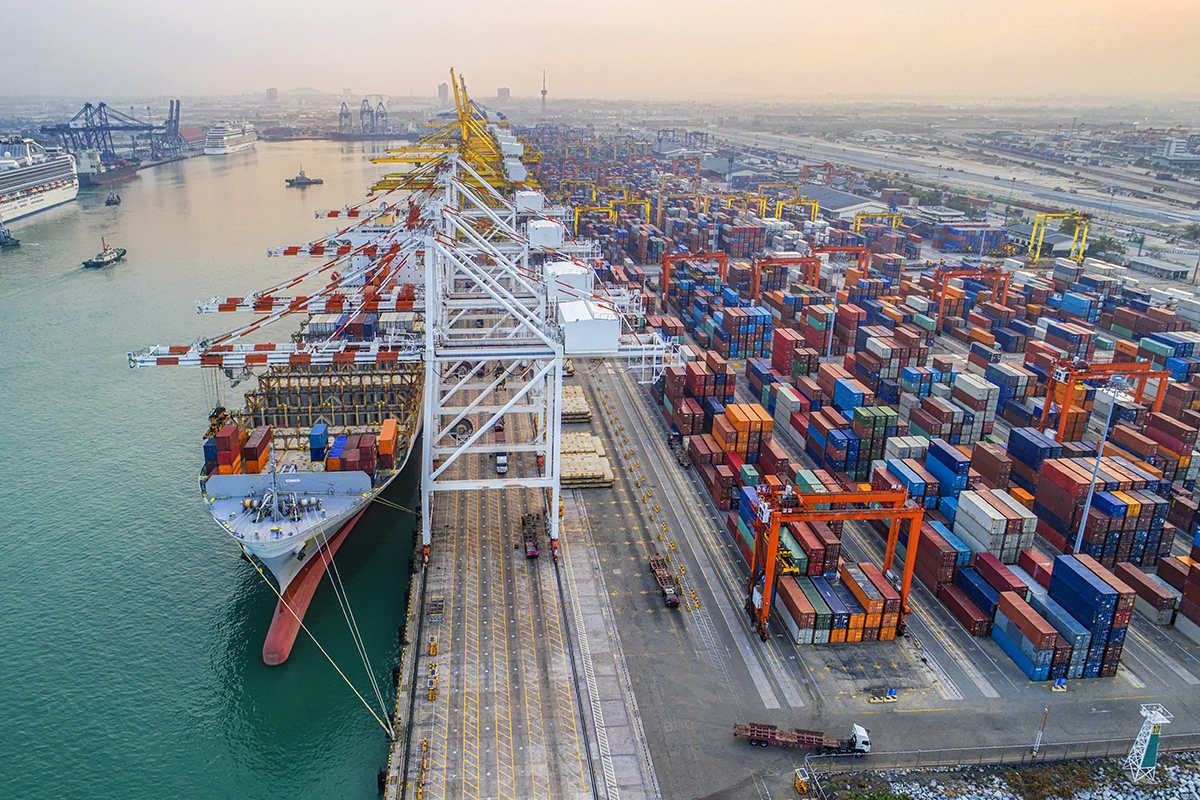 “We excel in offering a unique experience and educational perspective of the bourbon-making process by focusing on the science in making bourbon while maintaining a traditional bourbon distillery process across our 163-acre campus in historic Danville, the birthplace of Kentucky,” said Shane Baker, co-owner and master distiller of Wilderness Trail. 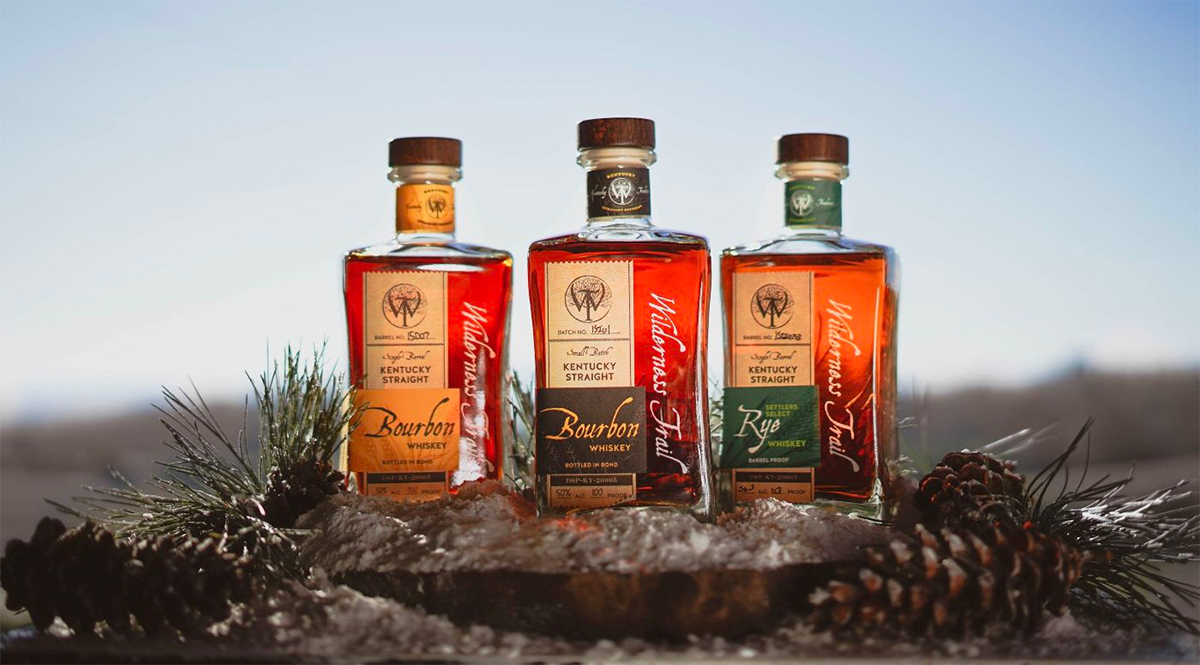 This week Irish Distillers announced Midleton Dair Ghaelach Knockrath Forest, the third whiskey in the Dair Ghaelach range. Dair Ghaelach translates to “Irish oak” and every whiskey in the range is made using native Irish oak. For this release, the brand started with single pot still whiskeys ranging in age from 13 to 26 years. The whiskeys matured primarily in American oak ex-bourbon barrels.

Irish Distillers harvested Irish oak from the Knockrath Forest in County Wicklow, Ireland, then sent the wood to Spain where it was made into staves and air-dried for 15 months. These oak staves were used to make hogshead casks which were then toasted. The single pot still whiskey finished aging in these virgin Irish oak hogsheads for two years.

“In 2017 we selected a number of sister casks that were all destined to be bottled within Big Peat’s Vintage Trilogy,” said Cara Laing, Big Peat’s director of whisky. “Back then we set out to bring to life the journey of the spirit with each year that passed, and the experiment has been a fascinating one.” 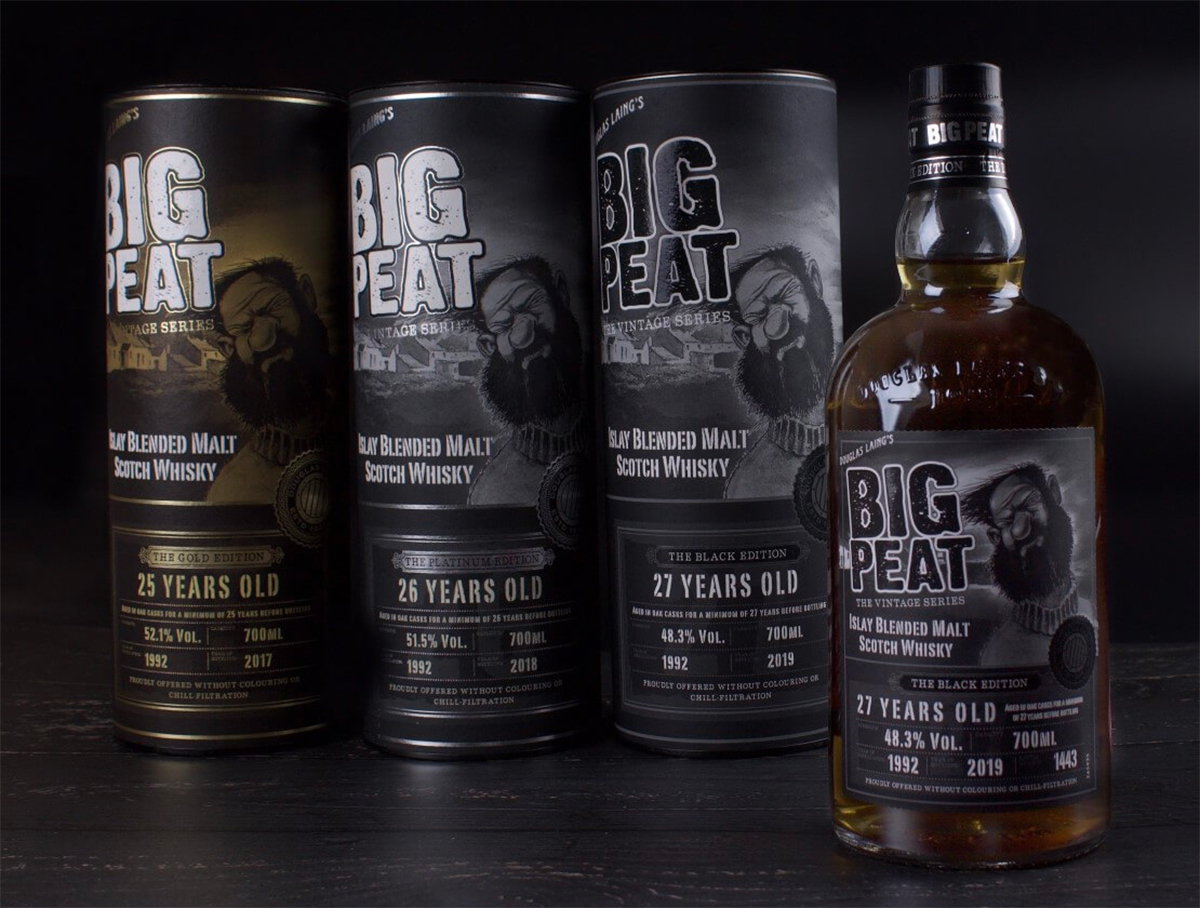 This week the spirits tasting club Flaviar announced the launch of Deer, Bear & Moose The Gentlemen, a 23-year-old Speyside Scotch whisky that celebrates The Gentlemen, a film by Guy Ritchie. The whisky was distilled in 1996 at Glentauchers Distillery and aged in ex-bourbon hogsheads before being finished in first-fill bourbon casks from Koval Distillery in Chicago.

The whisky is bottled at 47.2% ABV and carries a $220 price tag. Only 420 bottles are available to members of Flaviar.

While news has been swirling online for a while about Jameson’s latest release, the brand officially announced the launch of Jameson Cold Brew this week. This is the first new release from the brand in two years and is a limited edition release that infuses Jameson whiskey with cold brew coffee flavor.

Made using Arabica beans from Brazil and Colombia, the blend contains 17mg of caffeine per 1.5 fluid oz pour. Each bottle is priced at $24.99 but notably it’s bottled at 30% ABV, 10% lower than standard Jameson. 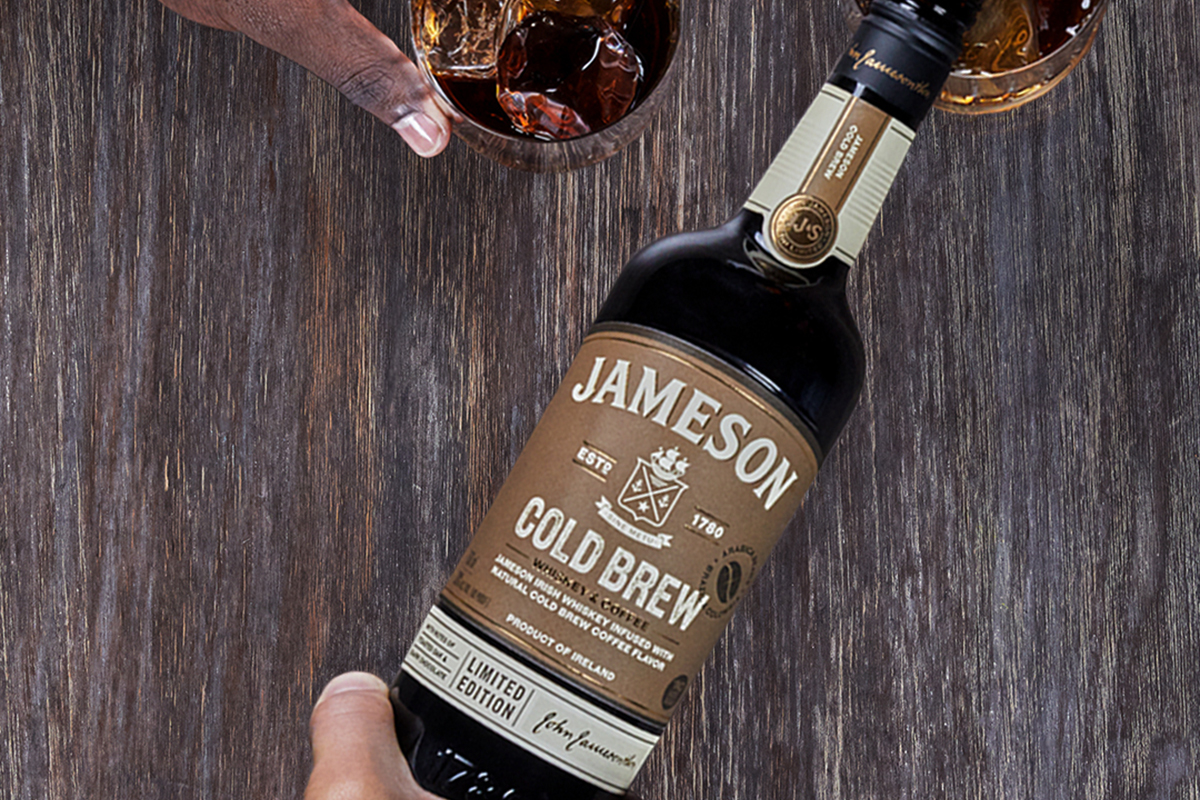 What else is going on in the spirits world this week? Let’s take a look.

What you should know: Japanese drinks group Suntory has acquired a 10% stake in Edrington, the owner of The Macallan and Highland Park. Suntory was already a shareholder in The Macallan and actually distributes several Edrington brands in markets like Canada, Germany and Japan.

The news: Back in late 2019, Dwayne “The Rock” Johnson announced the tequila company he was building with co-founders Dany Garcia, Jenna Fagnan and Ken Austin. The spirit, called Teremana Tequila, is produced by Siete Bucks Spirits. The brand will launch in Mexico, the US and Canada with a blanco and a reposado offering. This week, Johnson posted a photo of the bottle label for the first time. 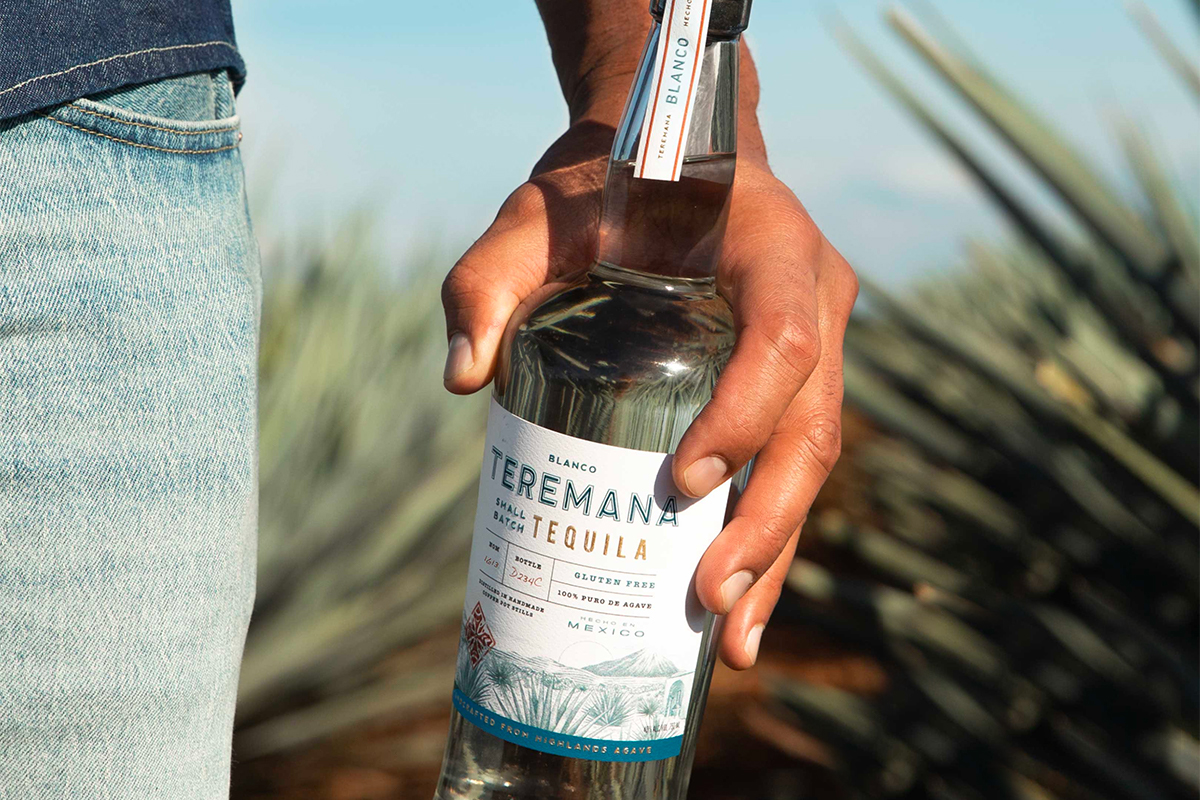 A new limited release: Texas-based Firestone & Robertson Distilling Co. is releasing TX Bourbon Founder’s Select exclusively at Whiskey Ranch in Fort Worth, TX. The brand’s two founders each selected a barrel of TX Bourbon Single Barrel, and each barrel produced 230 bottles that are available for purchase.

On the hunt for one of the limited edition Big Peat 27 Year Black bottles? 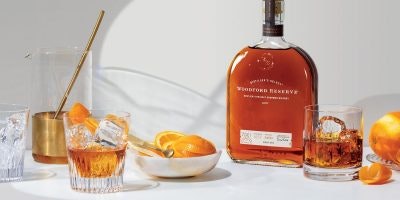 Bourbon Breakdown: Woodford Reserve Bourbon
A closer look at the brand's core bourbon bottlings, along with a couple of limited-edition releases 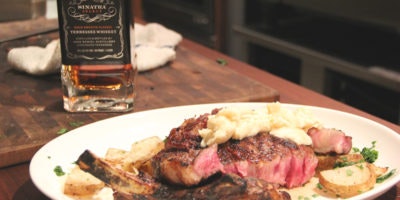 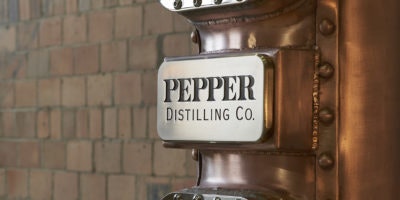 The Return of a Bourbon Legend: James E. Pepper is Back!
A grand return in the heart of bourbon country.