We get it. This month has been a bit of a blur, what with graduations and weddings taking up all of our weekends. Of course the World Cup isn’t making things any easier. In fact, it will have our attention for another couple of weeks—sorry to see you go, Iceland! As a result, even we have had a difficult time keeping up with the new releases this month. But in between the matches this week, we’ve muddled through them all. Even better, we’ve picked out the cream of the crop. The shopping list is sorted. So run for it, Charlie…run straight to your favorite retailer and don’t stop until you get there. There’s a holiday around the corner and we’re guessing you’ve been assigned to bring the whiskey.

Despite being announced just a few days into the season, this already looks like the buy of the summer. Although vintage-dated releases are quite common in the Scotch whisky world, it’s not so common to see them in the bourbon world. The vintage year—2002 in this case—states the distillation year for the whiskey. Wild Turkey master distiller Eddie Russell hand-selected the 25 barrels used in this release. The bourbon matured for 15 years in Wild Turkey’s Camp Nelson rickhouses. Notably, it’s bottled without chill-filtration and at cask strength (114.6 proof), a first for the brand.

“When I tasted 2002 for the first time, I knew I couldn’t mess with it,” says Russell. “It was exactly what I had envisioned, and I wanted bourbon connoisseurs and collectors to experience the liquid in all its glory. The sweet spot for our bourbon is normally 8-to-12 years, but every now and then you find a barrel that defies expectations.” 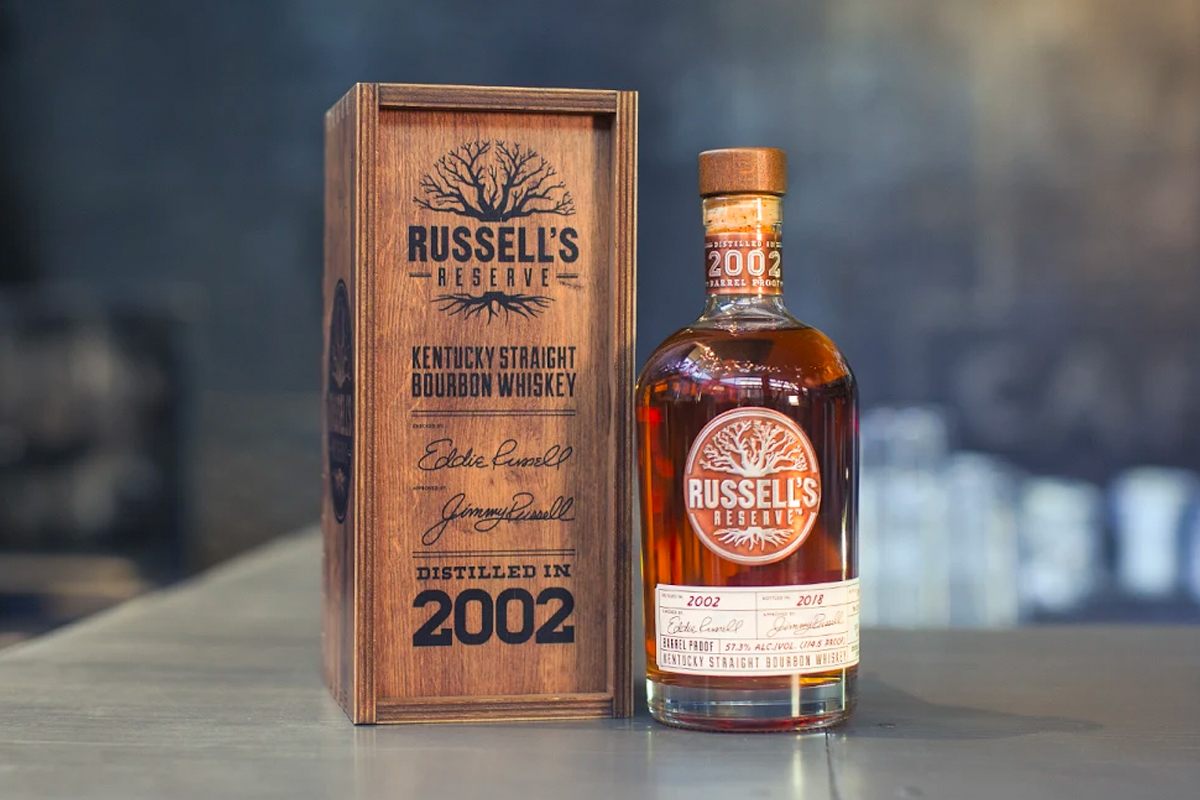 Announced earlier this month, this is the third release in the Master’s Keep series. Notably, it was inspired by Wild Turkey Sherry Signature, which Jimmy Russell introduced in the early 2000s; an unusual release at the time. For Revival, Eddie Russell traveled to Jerez, Spain to source 20 year-old oloroso sherry barrels. Then those selected sherry barrels finished maturing the bourbon, which ranged in age from 12-15 years. Revival is bottled at 101 proof with limited national availability beginning June 2018. 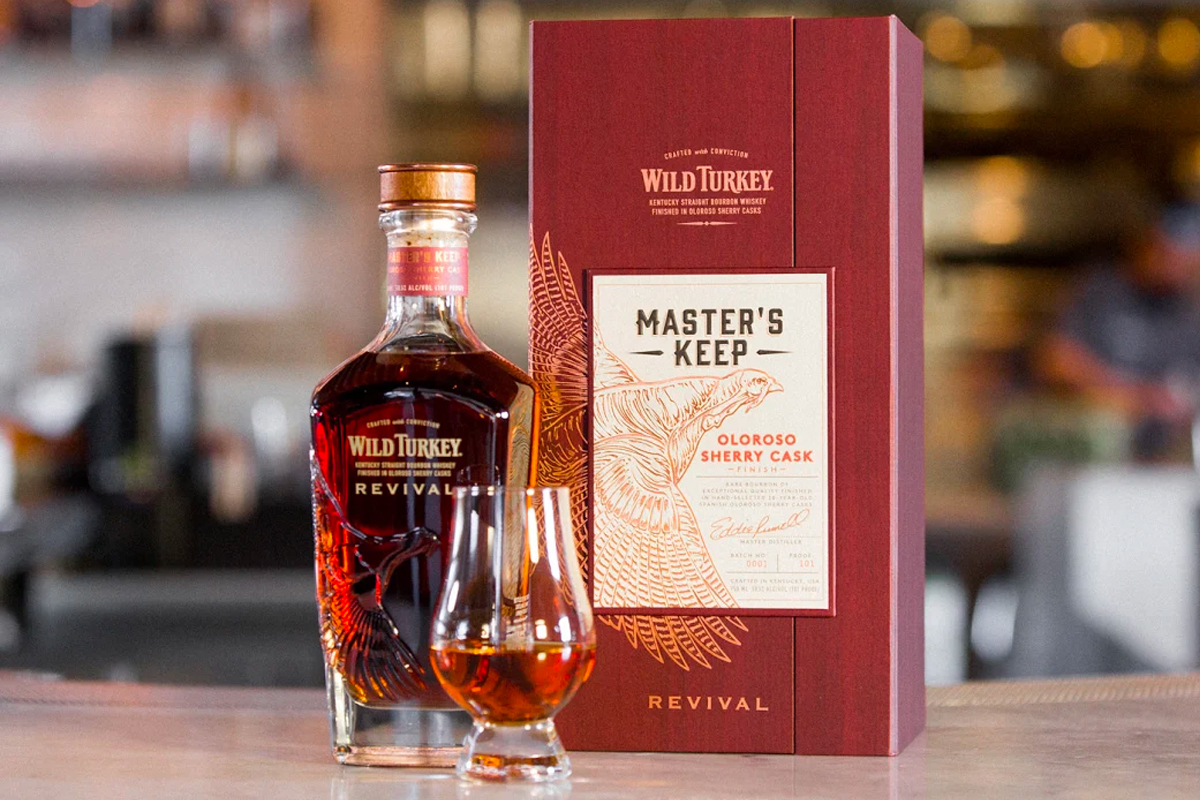 Backyard BBQ marks the second batch of Booker’s Bourbon for 2018. This batch is named in honor of Booker Noe’s famous “bourbon-ques” and his love for hosting cookouts for friends, family, neighbors and distillery employees in his own backyard in Bardstown, KY.

Now, Fred Noe and his son Freddie carry on this tradition all summer long, complete with bourbon and Booker’s famous flambéed pork chops. Backyard BBQ was aged for 6 years, 2 months, and 10 days. It comes in at 128.8 proof, uncut and unfiltered, as is the norm. 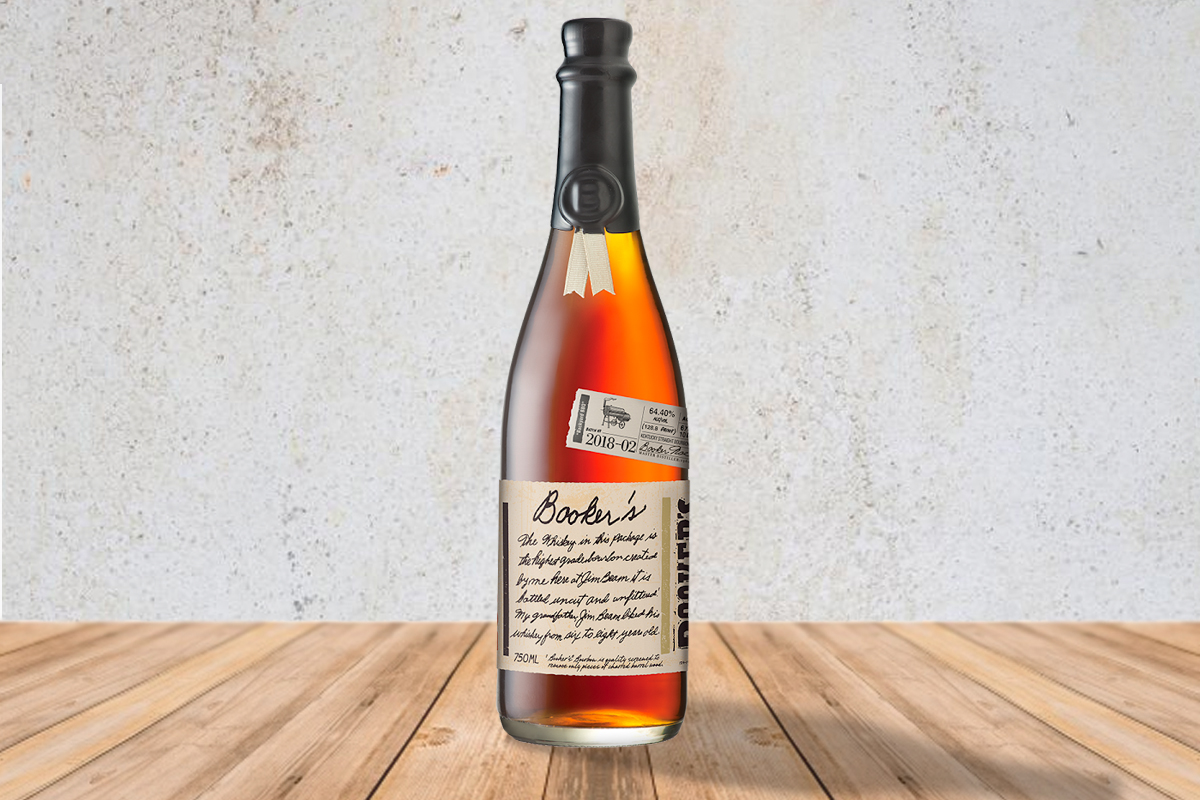 To mark the occasion of the grand opening of Old Forester Distilling Co. in June 2018, Brown-Forman decided to re-release a historic bottling. The President’s Choice is a single barrel bourbon, selected by current president and fifth generation family member, Campbell Brown, under the guidance of Master Taster Jackie Zykan. The bourbon typically ages for 8 years (the exact age will be written on each bottle) with the proof in the 110-120 range. The President’s Choice is available now at the Whiskey Row distillery in Louisville and in select Kentucky retailers. 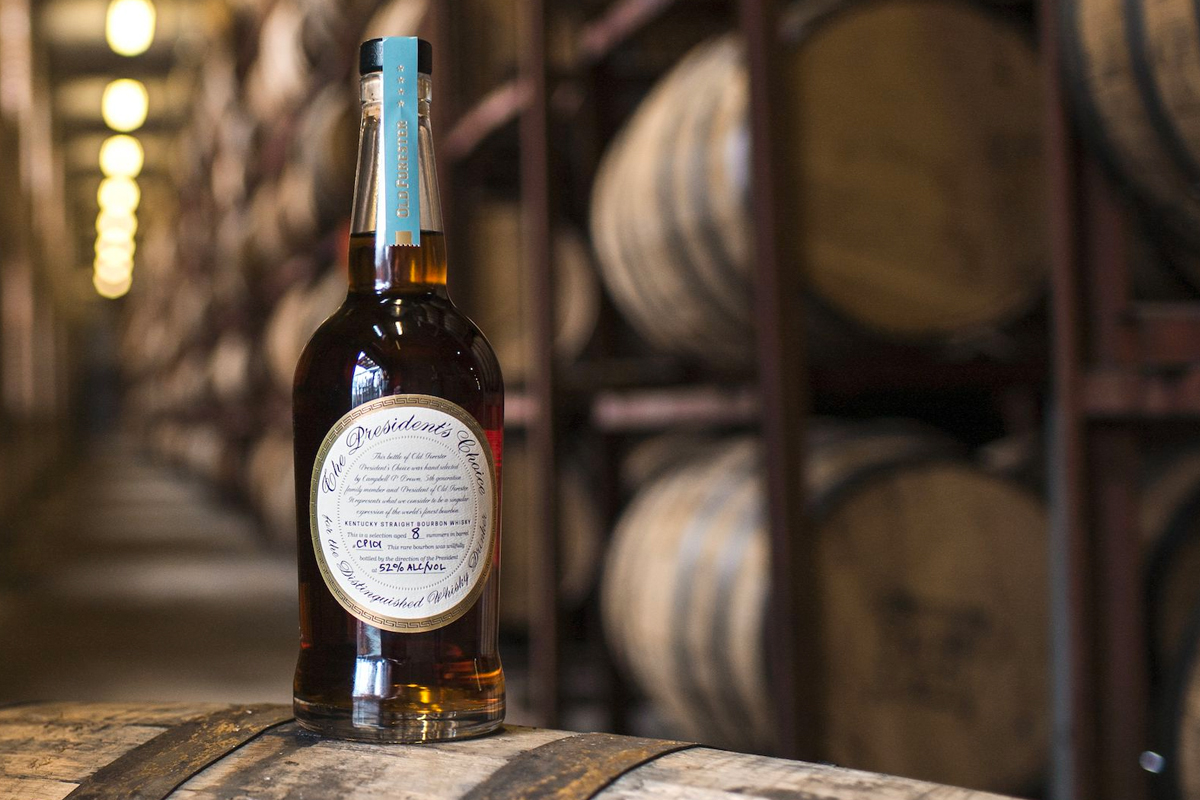 Looks like whiskey fans have even more of a reason to visit Wyoming this summer—beyond its National Parks— thanks to Wyoming Whiskey’s latest release, Steamboat. This bourbon is named after the Cowboy State’s iconic bucking horse and rider symbol, which appears on the Wyoming license plate. The label of this bottle pays tribute to Chugwater, the birthplace of Steamboat, with an image of the Chugwater Cliffs displayed. All 1000 cases of this limited edition bourbon will be available exclusively in Wyoming beginning June 22, 2018. It is bottled at 45% ABV. 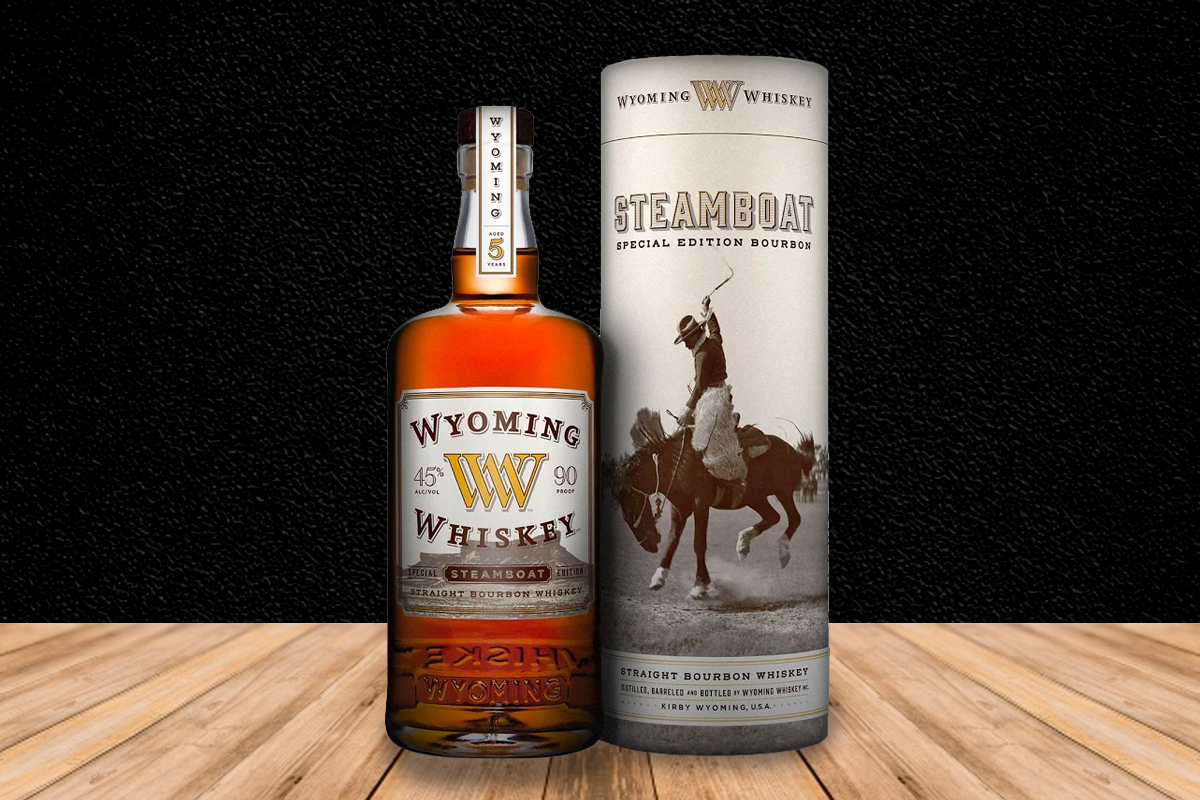 Expected to hit the shelves just before July 4th, this release was selected by master of maturation Andrea Wilson, and received master distiller Pamela Heilman’s nod of approval. Of course, as demand for all Michter’s whiskeys continues to rise, supplies are limited. In fact, this release marks the first 10 year rye release from the brand in over a year. If you have the means, we highly recommend picking one up. 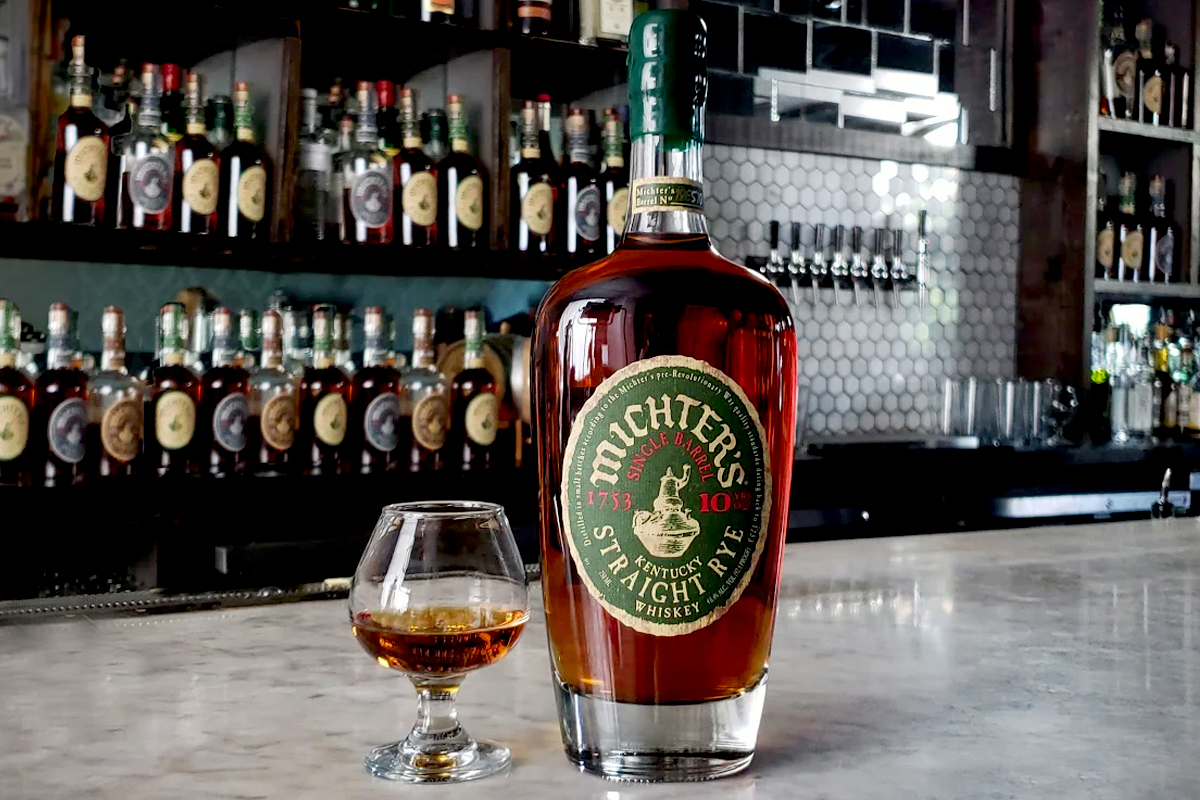 NIKKA WHISKY FROM THE BARREL

First introduced in Japan in 1986, this blended release from Nikka hits American shores this month. The iconic square bottle remains, but it increases in size from 500ml to 750ml for the US.

Made from a blend of over 100 malt and grain whiskies distilled at the brand’s Miyagikyo and Yoichi distilleries, the whisky bares no age-statement. However, it matures in multiple types of ex-bourbon barrels and puncheons; ex-sherry butts; and refilled, recharred and remade hogsheads. The blend then marries for up to an additional six months before it is bottled at 51.4% ABV. 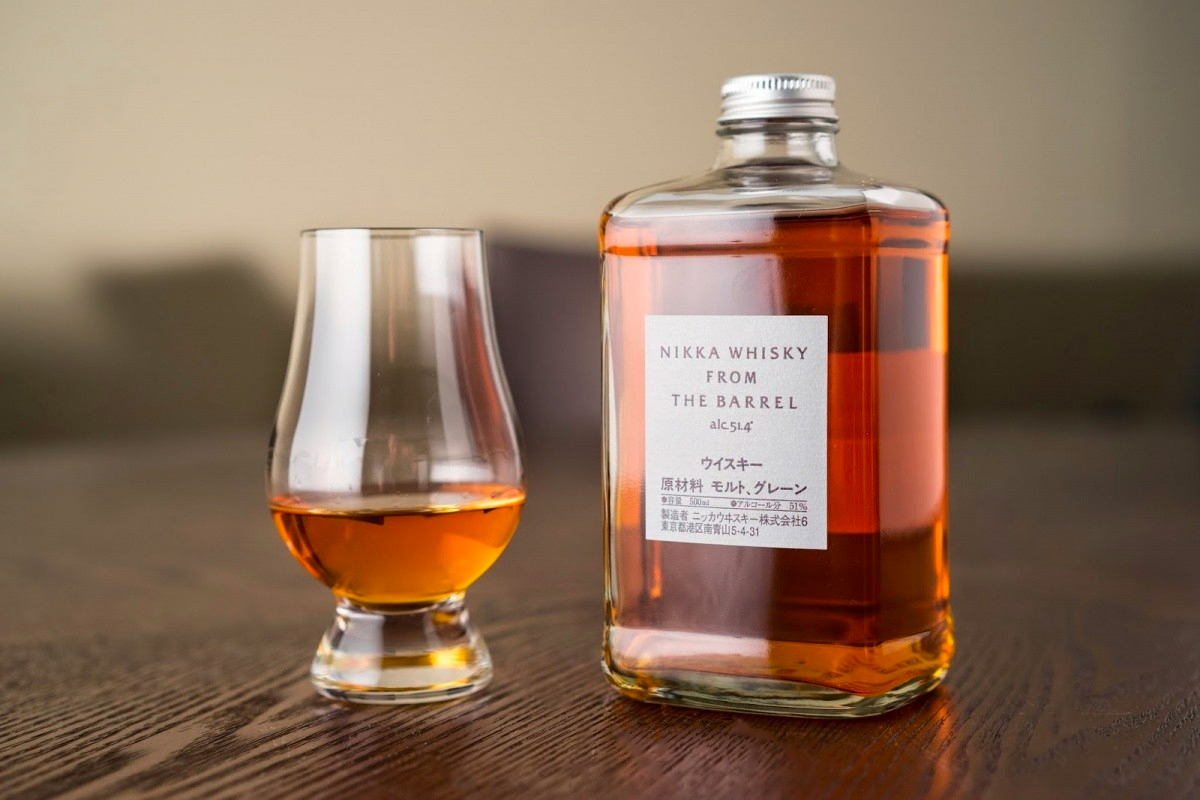 This release is in celebration of the 25th anniversary of the legendary Chicago whiskey bar Delilah’s. Compass Box whiskymaker John Glaser and Delilah’s owner and whisky enthusiast, Mike Miller, collaborated on this blended Scotch whisky. Compass Box Delilah’s bottling—released for the bar’s 20th anniversary—forms the base for the XXV. It then ages a further 5 years. To that base, the duo added single malt whiskies, which aged in both American and Spanish oak sherry casks. See our description of the bottling for a full listing of distilleries and barrels used. Only 8,520 bottles were produced for worldwide release. 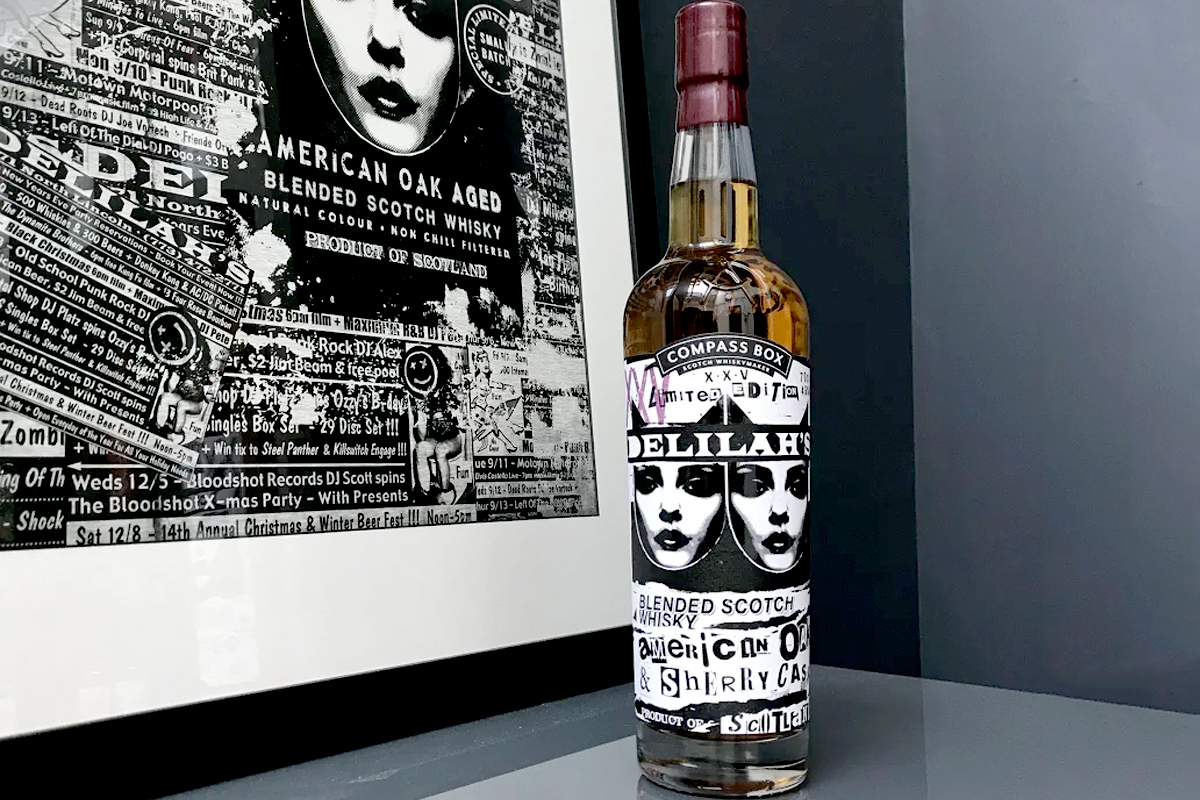 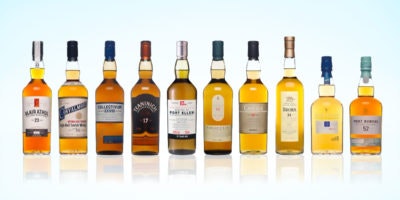 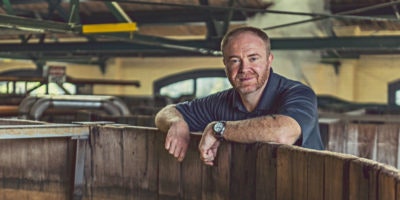 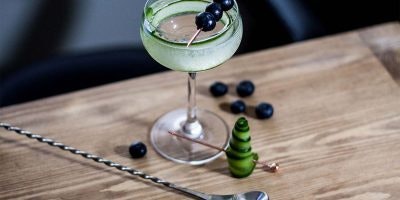