This week has certainly been filled with lots of great whiskey releases, particularly American whiskeys.  To begin, we have a new Jim Beam release, a non chill-filtered bourbon selected by Fred Noe. Tincup announced a new 10 year-old version of their American whiskey, complete with their signature tin cup top. St. George Spirits is celebrating their 35th anniversary this year and as a result, they’ve got a couple of new whiskey releases for us to add to our collections. Without any further ado, we bring you these featured whiskeys and more in the booze news for the week of November 13, 2017!

This limited edition bourbon was personally selected by Fred Noe, Jim Beam’s seventh generation master distiller. It is aged for 5-6 years in new, charred American oak. Most significantly, the whiskey is non chill-filtered. This step is typically done prior to bottling, and skipping it results in a fuller taste profile. But, it must be noted, this can also result in a cloudy whiskey. Distiller’s Cut is bottled at 100 proof. Available beginning November 2017 nationwide with a suggested retail price of $22.99. 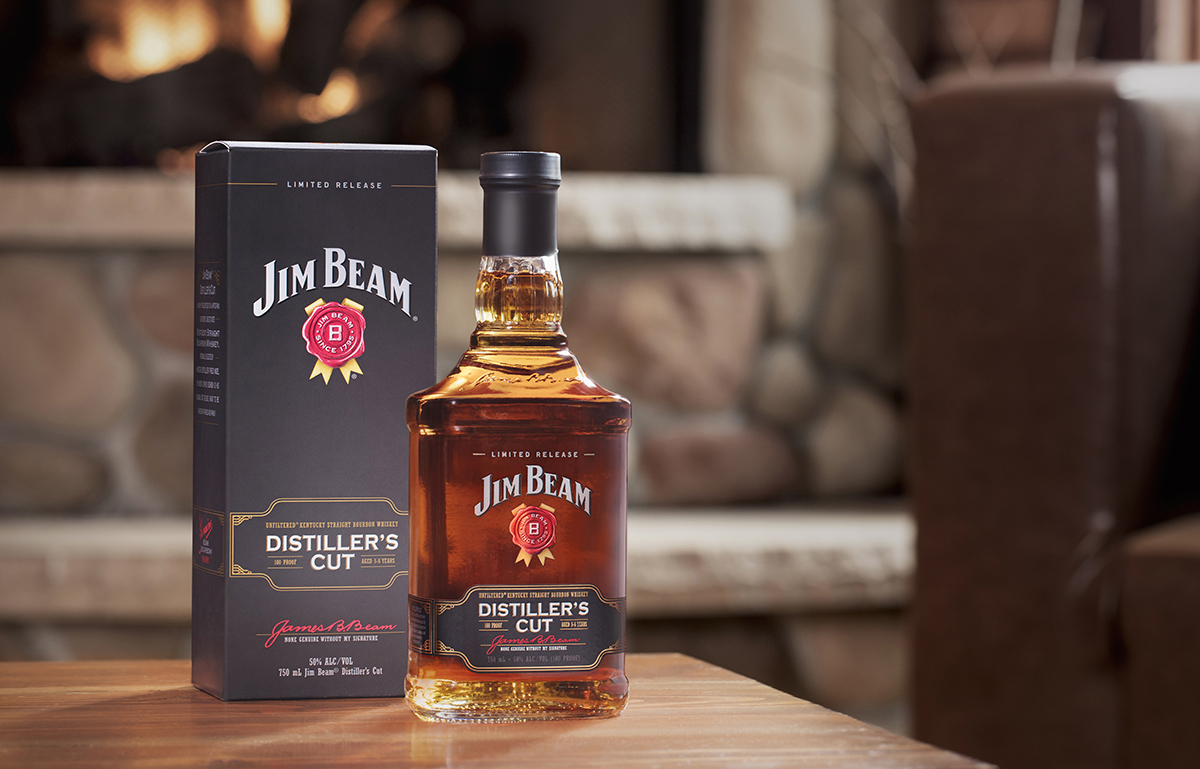 Available beginning December 2017, this Kentucky straight bourbon from Barton 1792 follows the Bottled in Bond requirements. To begin with, it must be distilled in one season from one distiller. Secondly, it must age a minimum of four years. And lastly, it is bottled at 100 proof.

This marks the seventh limited edition release for Barton 1792 following their High Rye, Sweet Wheat, and Full Proof releases among others. Expect subsequent batches of their Bottled in Bond to be released each fall. Suggested retail price $35.99. 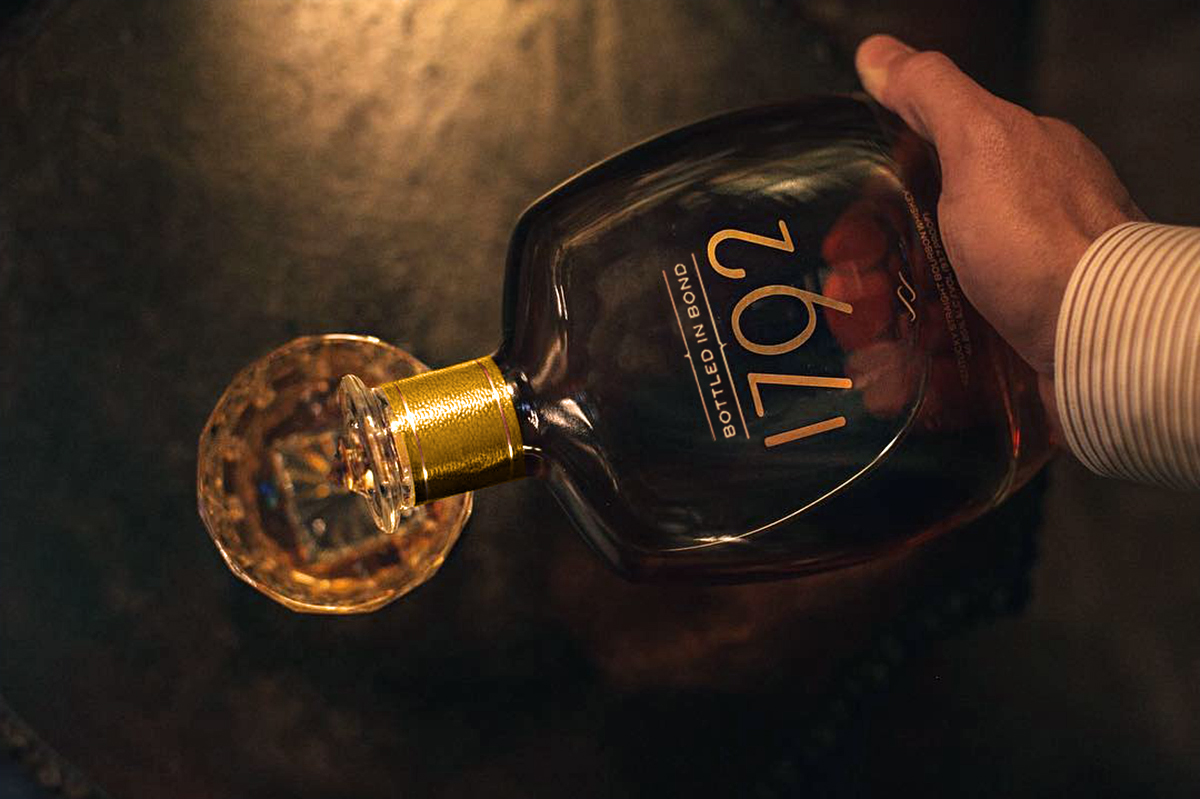 Tincup 10 Year is made just like their standard Tincup American Whiskey bottling. The mash bill is 2 parts corn and one part rye with a splash of malted barley. Aged in American oak, char #3 barrels, it is brought to bottling proof with Rocky Mountain spring water. This release is available nationally, but with limited availability. Suggested retail price $54.99. 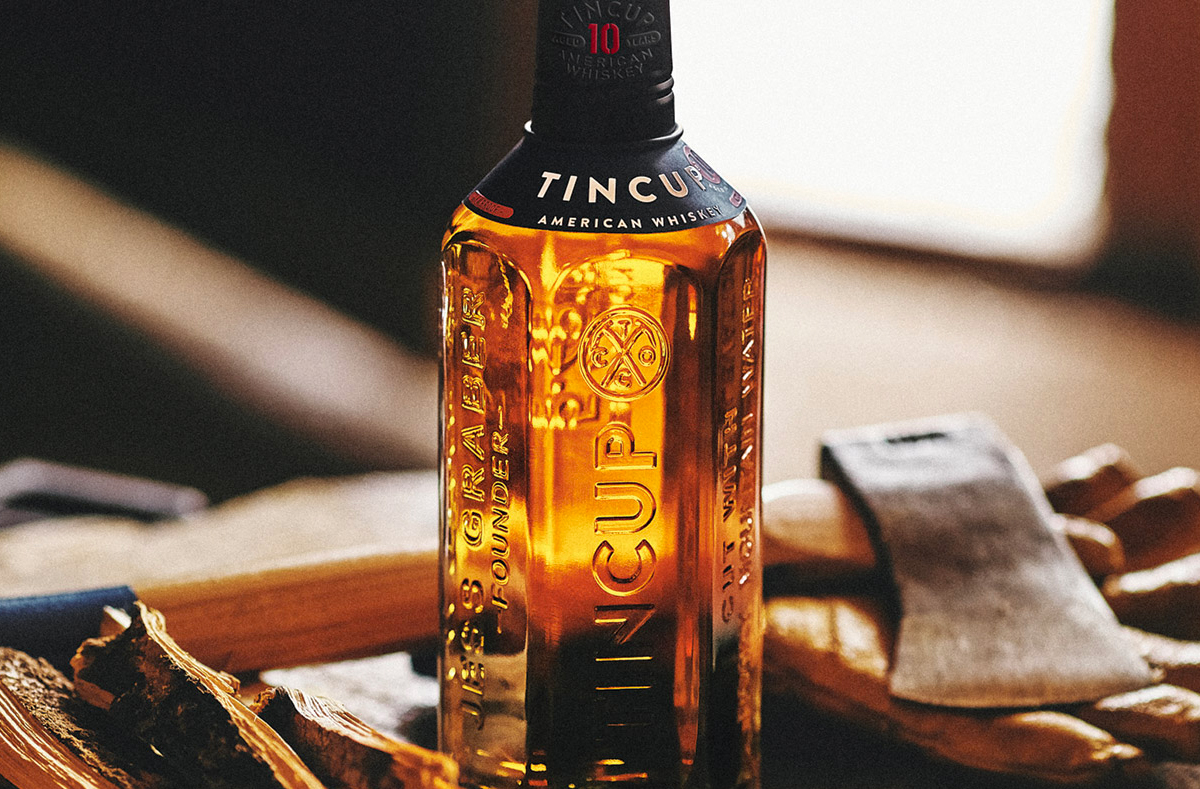 This is a permanent addition to the A. Smith Bowman portfolio following the success of their limited edition Abraham Bowman Port Finished Bourbon in 2016. Like that whiskey, this bottling uses former Virginia port-style wine barrels as well as used port wine barrels from Portugal for 3-6 months to finish the maturation process. These barrels were made of American oak and French Limousin oak. After this finishing process, the whiskeys are married to create this product. Isaac Bowman, a soldier and Virginia militia officer during the American Revolutionary War, was the youngest of the Bowman Brothers. Suggested retail price $39.99. 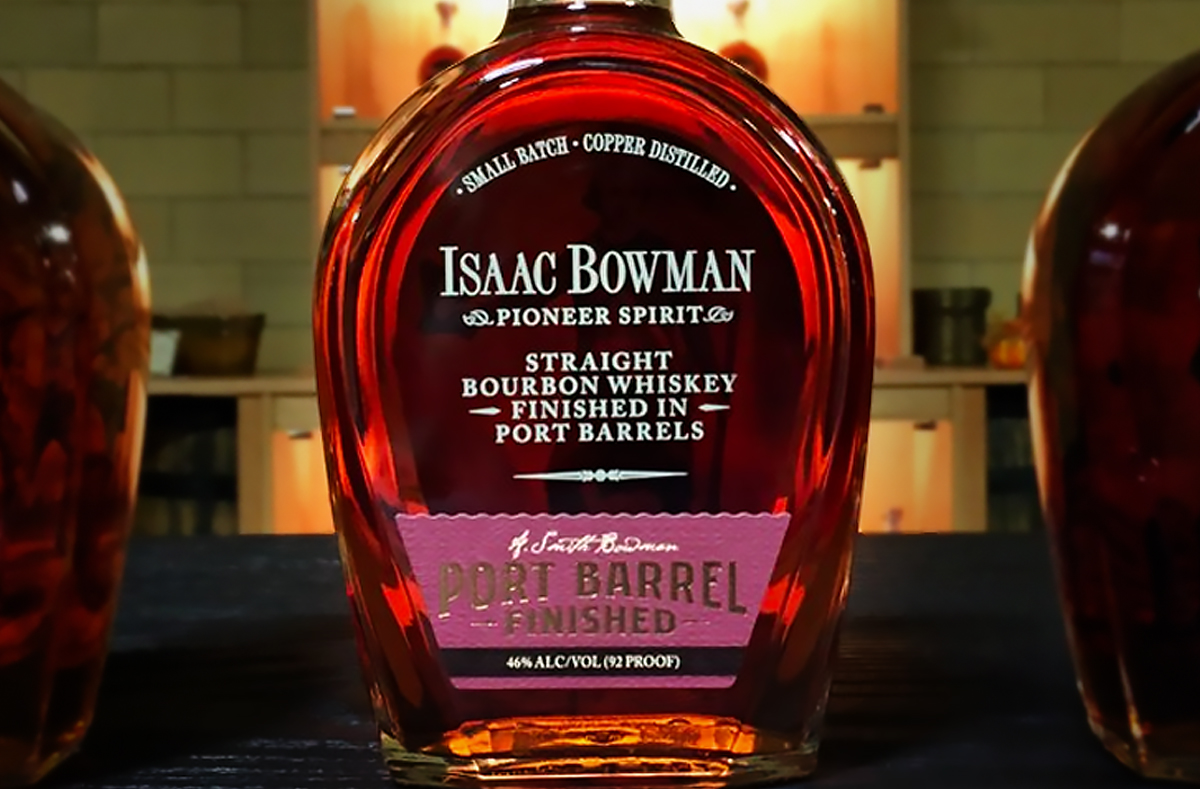 This bottling marks the 35th anniversary of St. George Spirits, which was founded in 1982. It is comprised of eight barrels from their library ranging in age from 6-18 years. Included in the blend is whiskey distilled in 1997, the fourth barrel that founder Jörg Rupf and master distiller Lance Winters laid down. Also of note is the inclusion of six French oak finishing barrels, which held one of their favorite California dessert wines.

Lots 12, 14, 15, and 17 are included as well as a “wild card”: St George Single Malt aged in Tennessee whiskey barrels, finished in former bourbon barrels which had held their Agricole Rum. It is important to realize that just 771 bottles were produced. This limited edition bottling hits shelves in mid-November 2017. 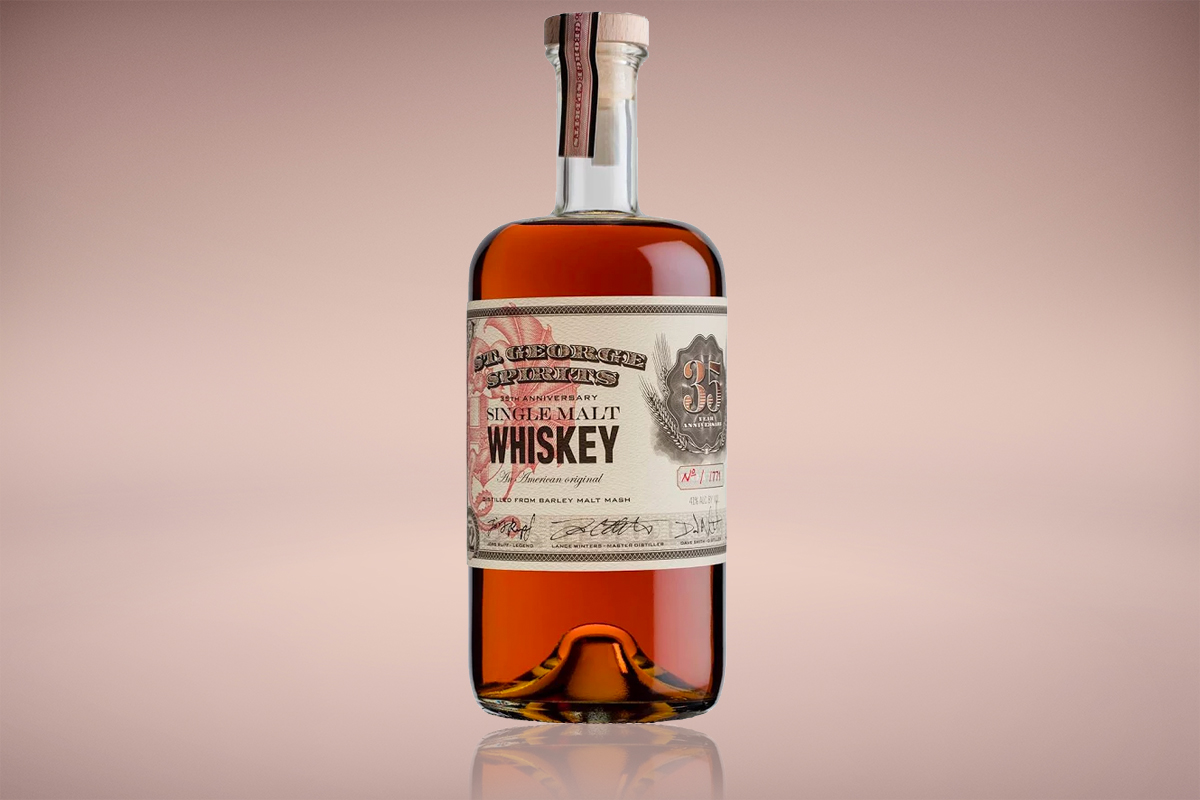 Another release from St. George this fall is their Lot 17 Single Malt. Released in mid-October 2017, Lot 17 is comprised of 19 different barrels ranging in age from 6-8 years of age. Casks used include ex-bourbon which held their Breaking & Entering brand. Additionally, American and French oak, which previously held port and dessert wines, were also used. Bottled at 43% ABV. Limited availability. 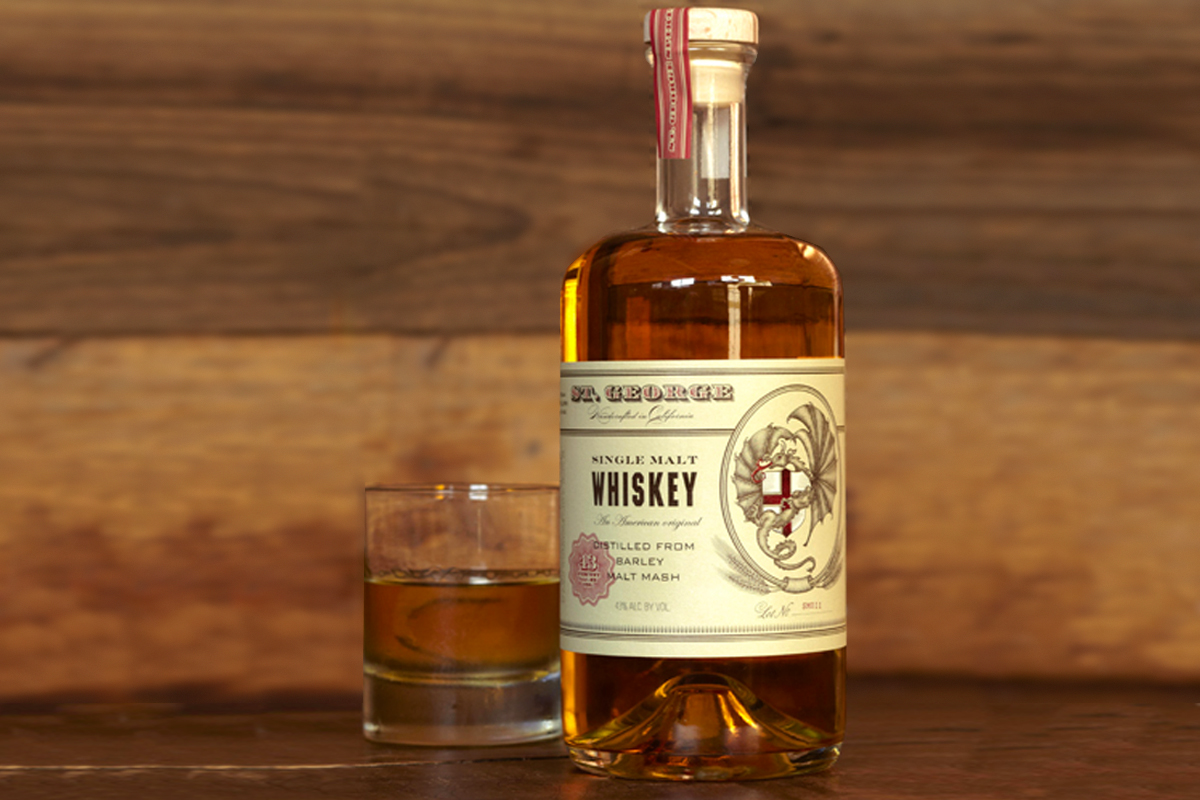 Released in November 2017, this 15 year-old single malt ages initially in ex-bourbon barrels. The whiskey then finishes its maturation for over 12 months in former muscat port barrels. It is bottled at 46% ABV with no chill filtration. The Revival Series from Teeling was initially launched to celebrate the opening of their distillery in Newmarket, Dublin in 2015. This bottling is the penultimate release in the series with the Volume V expected sometime in 2018.

Jack Teeling, founder and managing director of Teeling Whiskey, commented, “We are delighted to launch our latest release in the award winning Revival range, just 8 months out from having Irish whiskey come of age from our Newmarket distillery. Consisting of 15-year-old single malt finished in high quality muscat port casks, it is destined to be a classic and sought after release as it has already been crowned Irish Whiskey of the Year at the recent Irish Whiskey Awards as well as receiving a Liquid Gold Award and a 95 point rating in the 2018 Jim Murray Whisky Bible.”

10,000 bottles were produced for this release. Availability will be limited to Ireland initially, with international markets including the UK, Germany, Belgium, Holland, Denmark, and Italy. Suggested retail price €120 ($142). 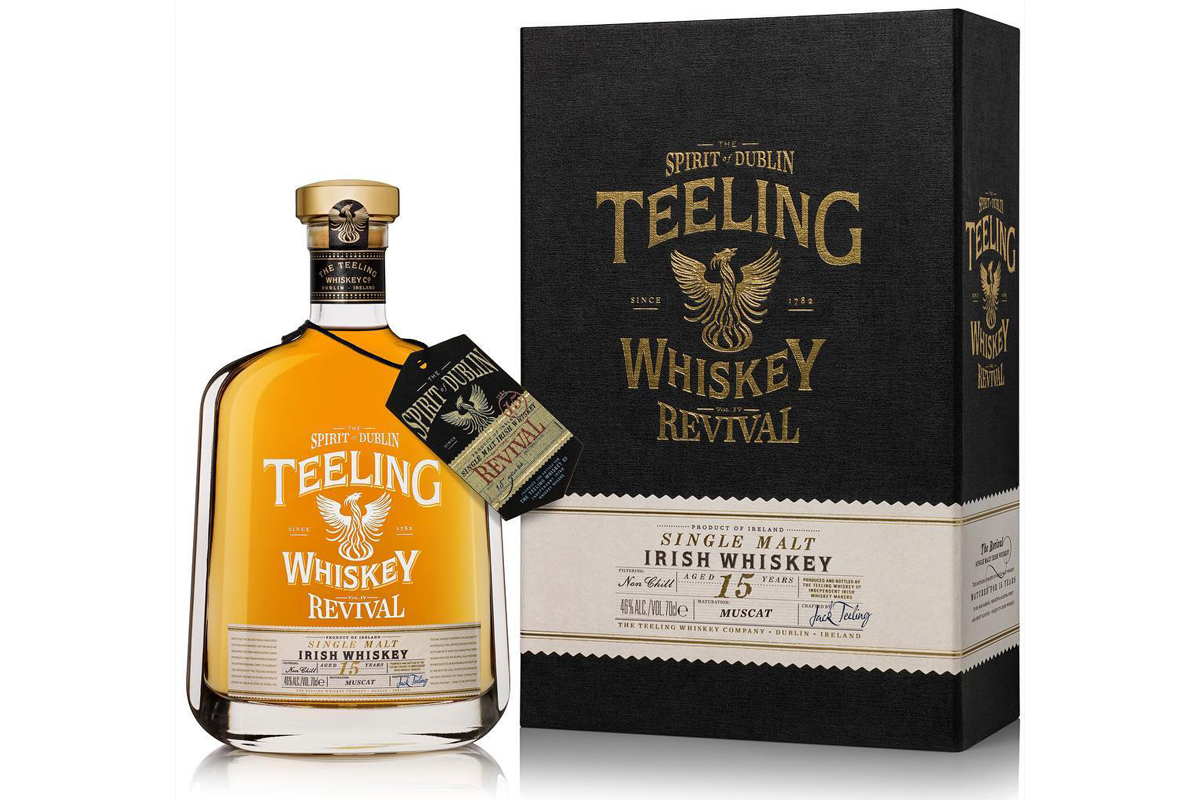 Released in November 2017, this no-age-statement release from GlenDronach uses barley that has been dried with Highland peat. The whisky finishes its maturation process in port pipes and is bottled at 46% ABV. It is non chill-filtered. This peated bottling follows up GlenDronach Peated released in 2015, a bottling which finished its aging in two types of sherry casks.

The GlenDronach whisky maker, Rachel Barrie, says, “Peat imbues the spirit with regional notes of wood smoke and smouldering charcoal, layered over The GlenDronach’s archetypal fruitiness. On the nose you can enjoy wild strawberries dusted with cinnamon sugar and crisp, tart cranberry juice, flooded with waves of Highland smoke, sweetening to a red berry compote, with rich, stewed barley and lingering, smouldering charcoal on the palate.” 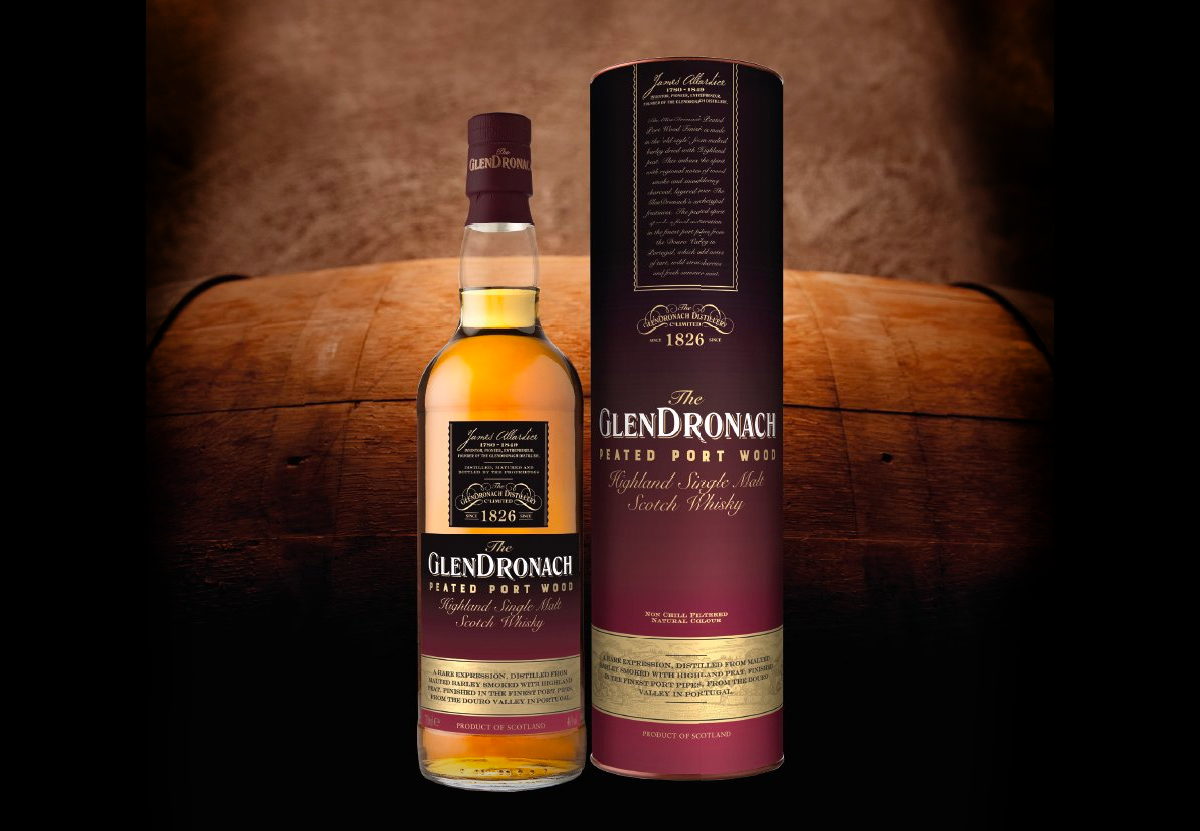 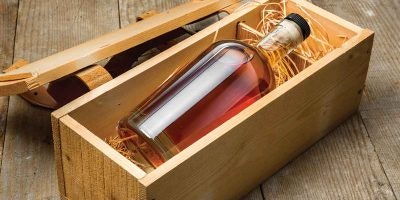 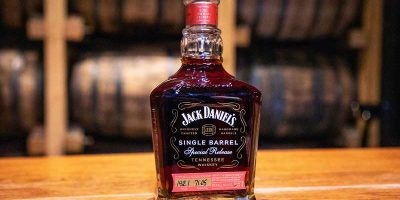 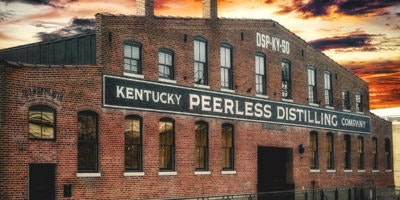