With its vanilla sweetness and ubiquity in bars across the globe, Jameson has set the standard for Irish whiskey. Thanks in part to the brand’s massive popularity over the past few decades, a new crop of Irish whiskey is heading our way.

According to the Irish Whiskey Association, the number of operational distilleries jumped from four in 2013 to 23 this year. The latest being the official opening of Clonakilty Distillery in March 2019.  The growth of the category as a whole is also spurring the growth in a singularly Irish product. Single pot still whiskey—long nudged out of the market by the wide variety and availability of other whiskey styles—is finally making a comeback.

Formerly known as “pure pot still,” single pot still whiskey is special for a few reasons. First, it must be produced in Ireland at a single distillery. Next, it must be made with at least 30% malted and 30% unmalted (or “green”) barley. This combination gives the style its unique texture and flavor. Finally, single pot still whiskey is traditionally triple distilled—though it’s not required. This is one more distillation than most single malt Scotch whiskies. Of course, as is the case for all Irish whiskeys, it must be aged for at least three years. 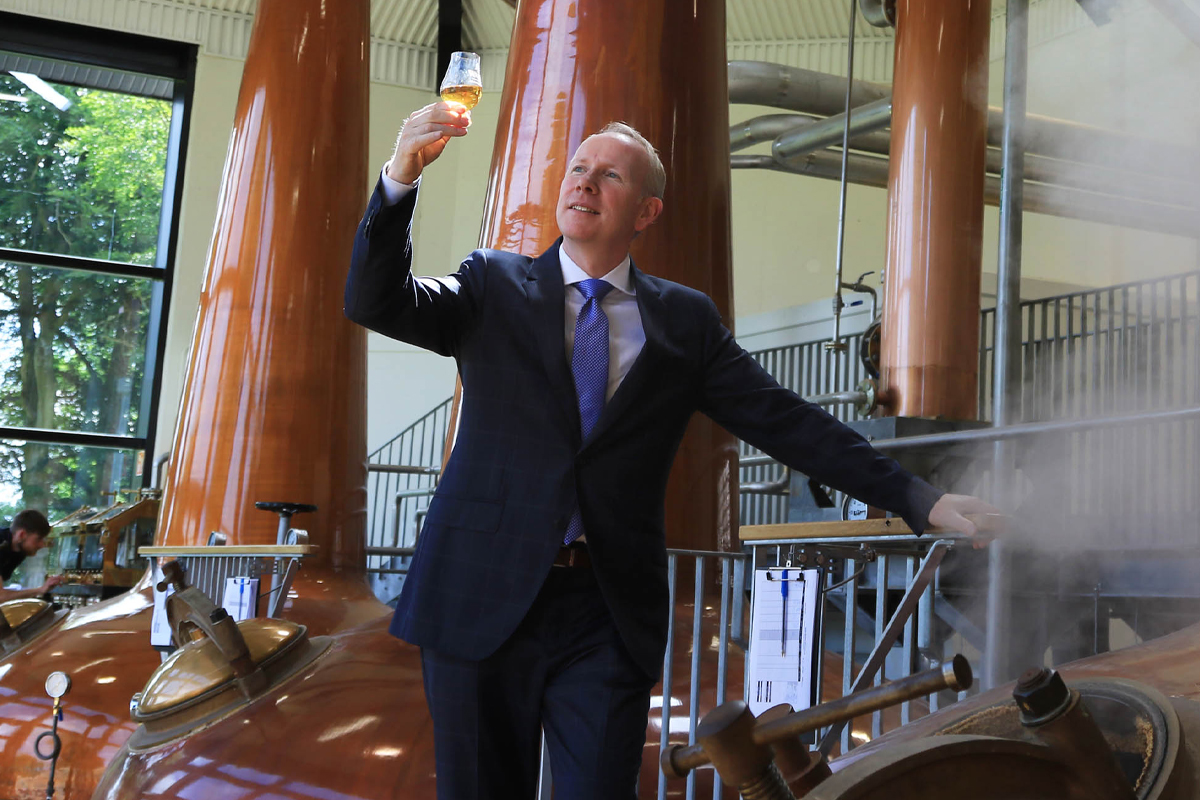 Now that the style is gaining popularity, new and existing brands—including Redbreast, Powers, Teeling and Clonakilty—are releasing their own take on the style. With any luck, this Irish tradition is back for the long haul.

Redbreast 12 Year has long been the most widely available and well-known single pot still whiskey (whether you knew it or not). But it’s not the only permanent member of the brand’s lineup. This whiskey is a collaboration between Bodegas Lustau and the historic Midleton Distillery in Cork, Ireland, which produces Redbreast.

Its particularly rich, spicy flavor is complemented by a sweetness that comes from the whiskey’s aging process. It spends nine to 12 years maturing in bourbon and sherry casks. The final year of maturation is in first-fill Lustau oloroso sherry butts. 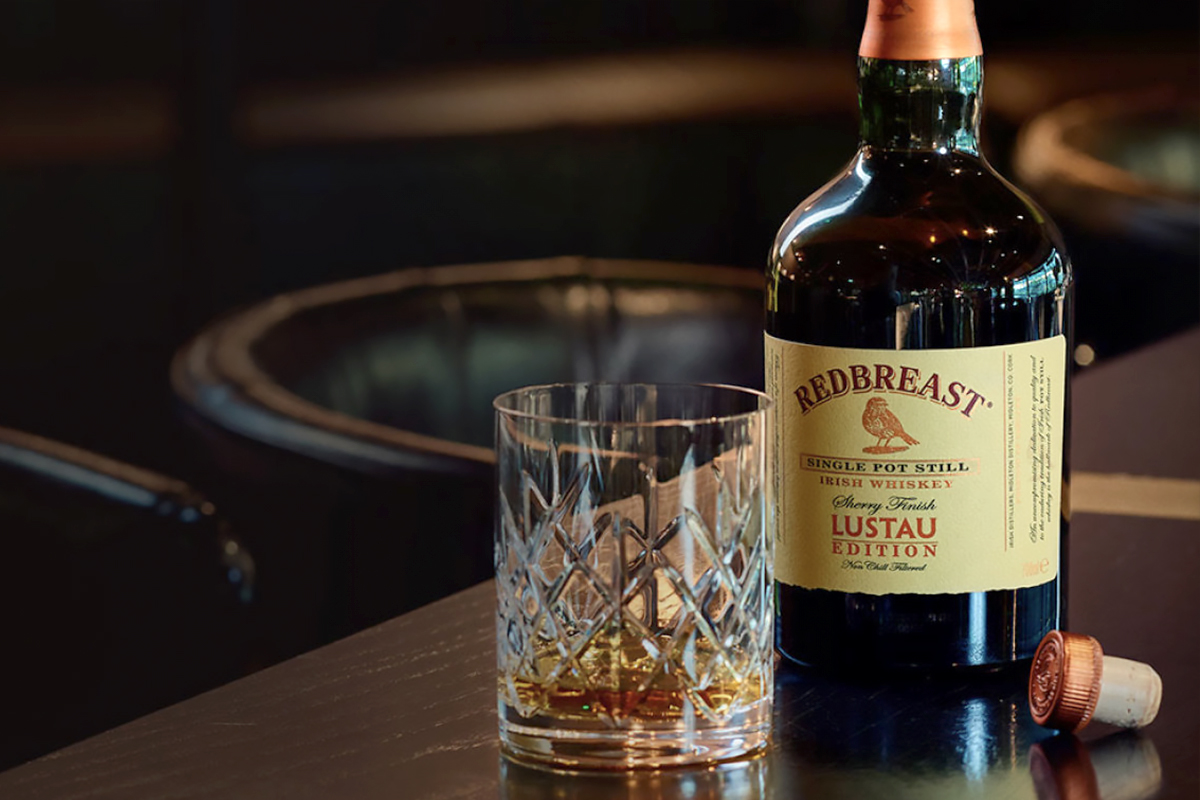 Also made at Midleton Distillery, the line of “Spot” whiskeys has become increasingly popular and easy to, well, spot—and for good reason. These whiskeys are wonderful examples of what can be done with single pot still. They’re also just as easy to enjoy neat as any other style of whiskey. Yellow Spot is made with whiskey aged in former Malaga casks. The whiskey has warming notes of honey and spice balanced by a sweeter fruity quality. Without a doubt, it’s a great bottle to keep in your regular rotation. 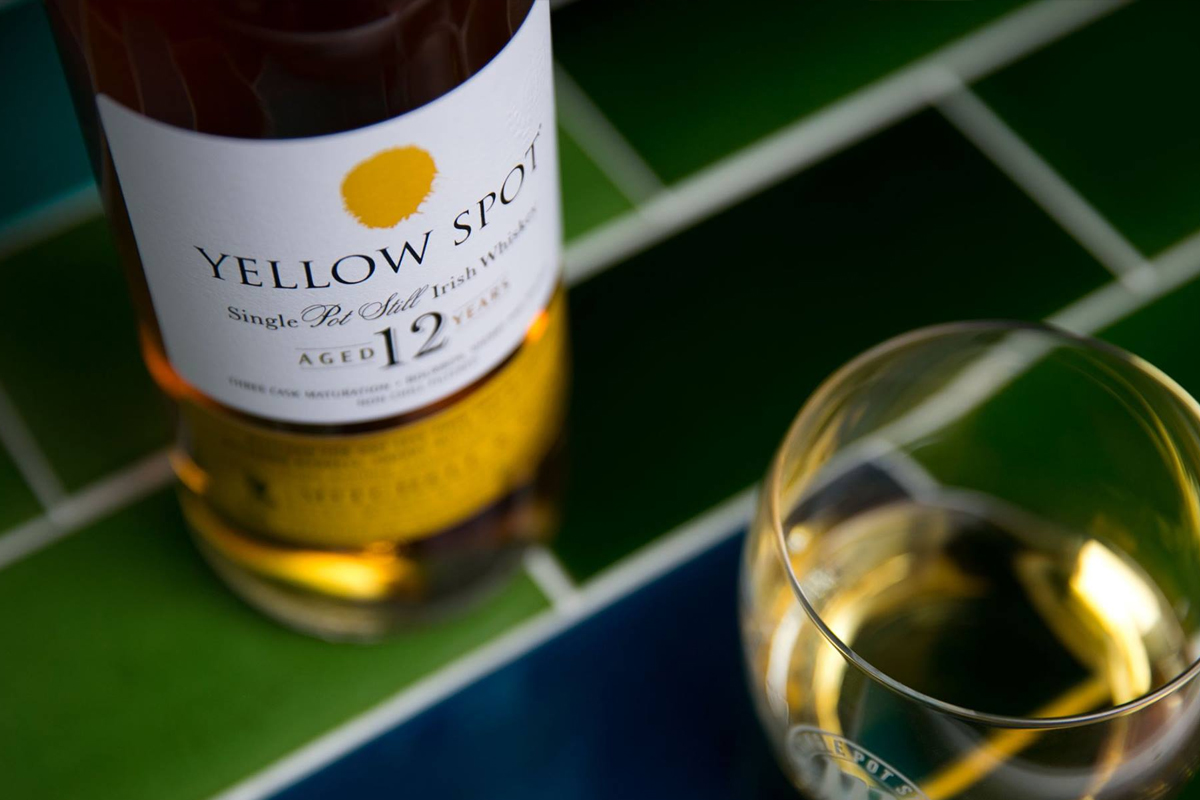 Released in October 2018, Teeling Single Pot Still is the first new whiskey to be released by a Dublin distiller in almost five decades. It’s made from 50% unmalted barley and 50% malted barley, which the distillery calls, “a uniquely Irish mash bill made famous by Dublin distillers of old.” Only 6,000 first batch bottles are available, so if you get the chance, don’t hesitate. 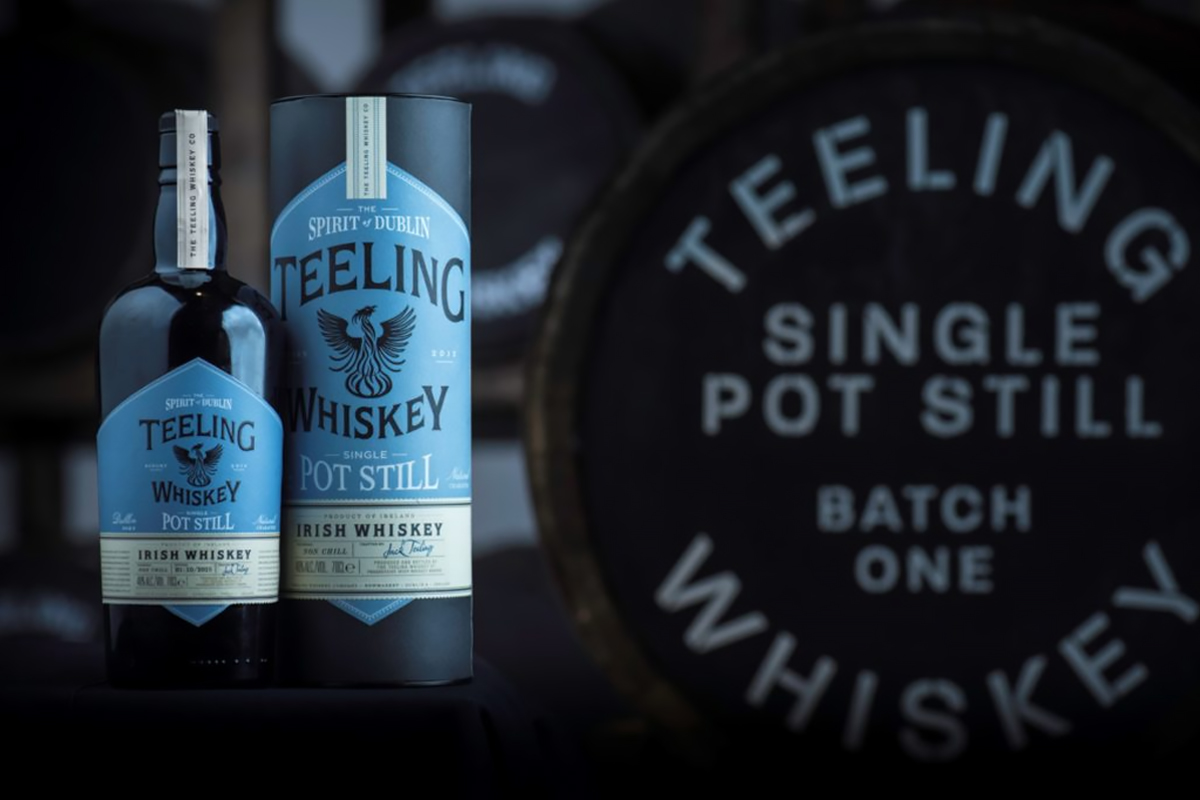 First launched in 2017, Method and Madness has since built a range of offerings, all of which aim to keep its branding in mind, combining tradition with experimentation. So far, the range includes a combination of regular and limited edition offerings. One of the regulars is its pot still whiskey that’s a unique addition to the category as a whole. Though matured in sherry and American whiskey barrels as many others are, this whiskey is finished in French chestnut casks, imparting a spiced flavor reminiscent of holiday cookies. 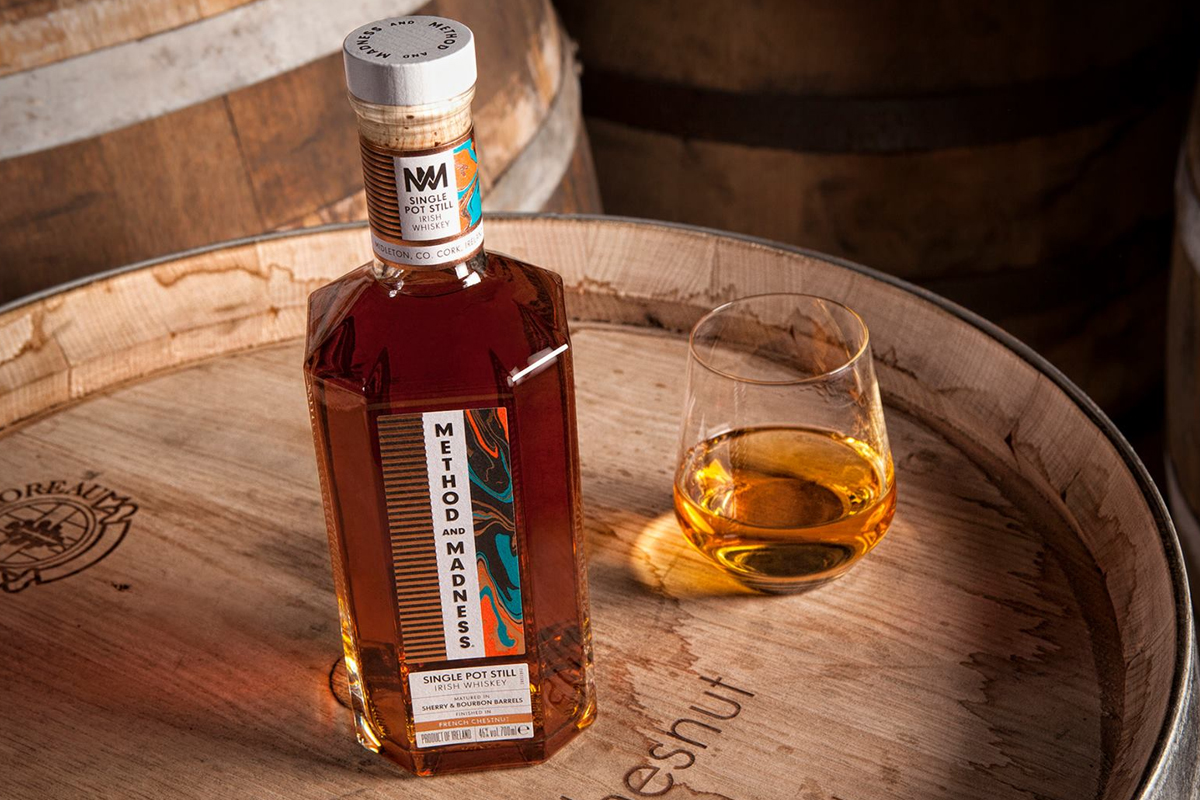 With a name as potent and cheeky as the liquid inside the bottle, Writers’ Tears Copper Pot whiskey showcases another singular style: Irish blends. Blended whiskeys in Ireland can be made using single pot still whiskey blended with other varieties of whiskey. This one marries the unique qualities of both single pot and single malt whiskeys. The result yields a light but complex flavor you’ve probably not experienced in other whiskey before. 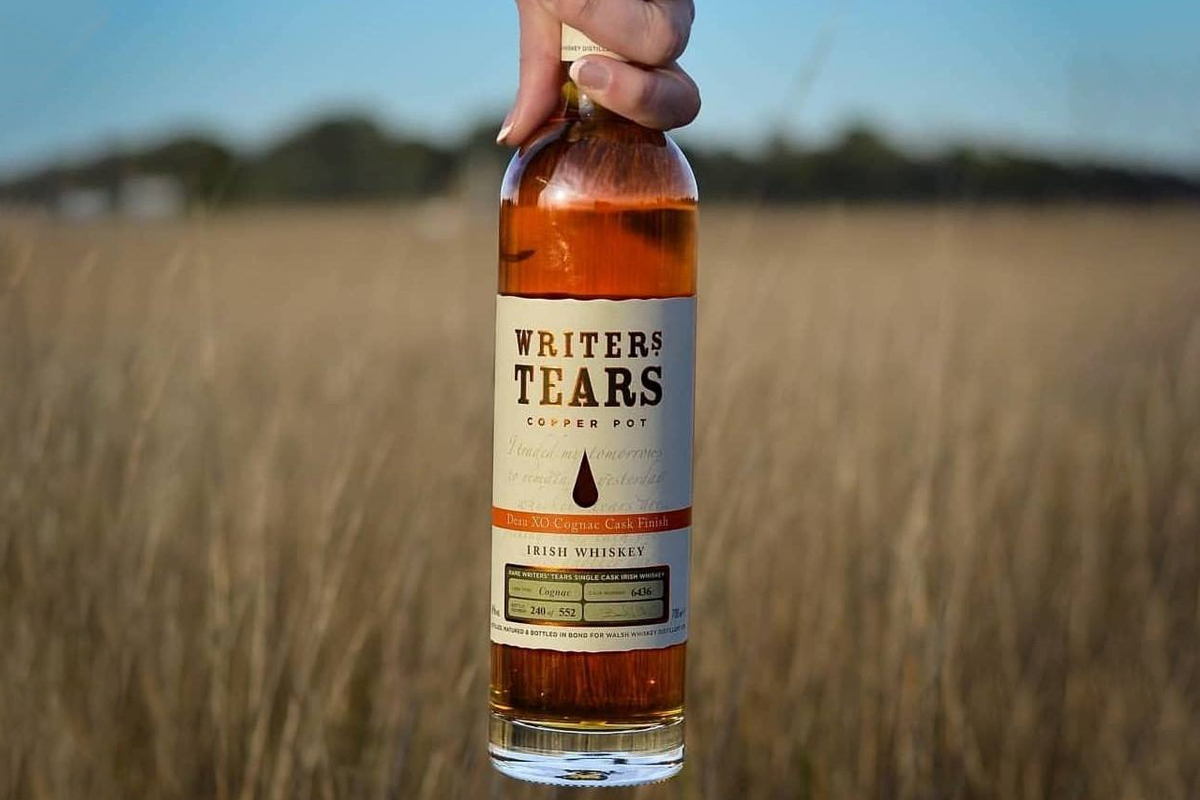 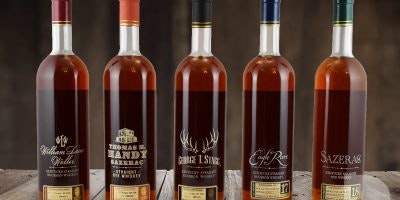 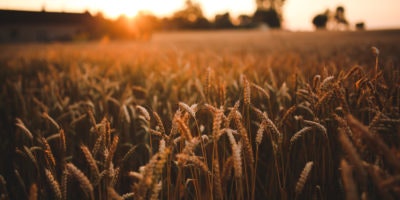 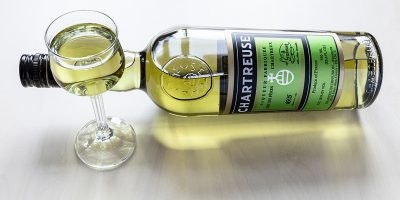