It seems like spirits brands are doled out alongside Screen Actors Guild cards these days. There are dozens upon dozens of celebrity spirits brands, and depending on how loosely you want to define “celebrity,” that figure quickly jumps into the triple digits. But what separates another dime-a-dozen, celebrity-backed income stream from a worthwhile bottle you should consider adding to your collection?

Of course nobody can rightfully expect some celebrity to be closely watching over fermentation tanks or making precise distillation cuts. But there’s a solid middle ground between that and taking five minutes to sign a contract to slap your name on a generic spirit. What I’m looking for in a celebrity spirits brand I can respect is some level of authenticity and transparency, a spirit which holds up on its own merits as being enjoyable to drink, and hopefully one with a legitimate raison d’être.

With that preamble out of the way, here’s our alphabetical list of the 10 best celebrity spirits to try.

Aviation Gin, and one-time owner Ryan Reynolds, are unique on this list. The gin itself was already well established as one of the first and most successful new American style gins before the actor’s involvement. Reynolds came in as a part-owner of the brand and promptly took it to another level. His ads and videos promoting the gin made use of his trademark humor, and brought the spirit to the masses.

In short order Diageo came in and gobbled it up for a figure potentially over $600 million. Not a bad two-year project for Reynolds! But whether you first heard of Aviation because of his involvement or you’ve appreciated it for a decade, it remains an excellent gin. 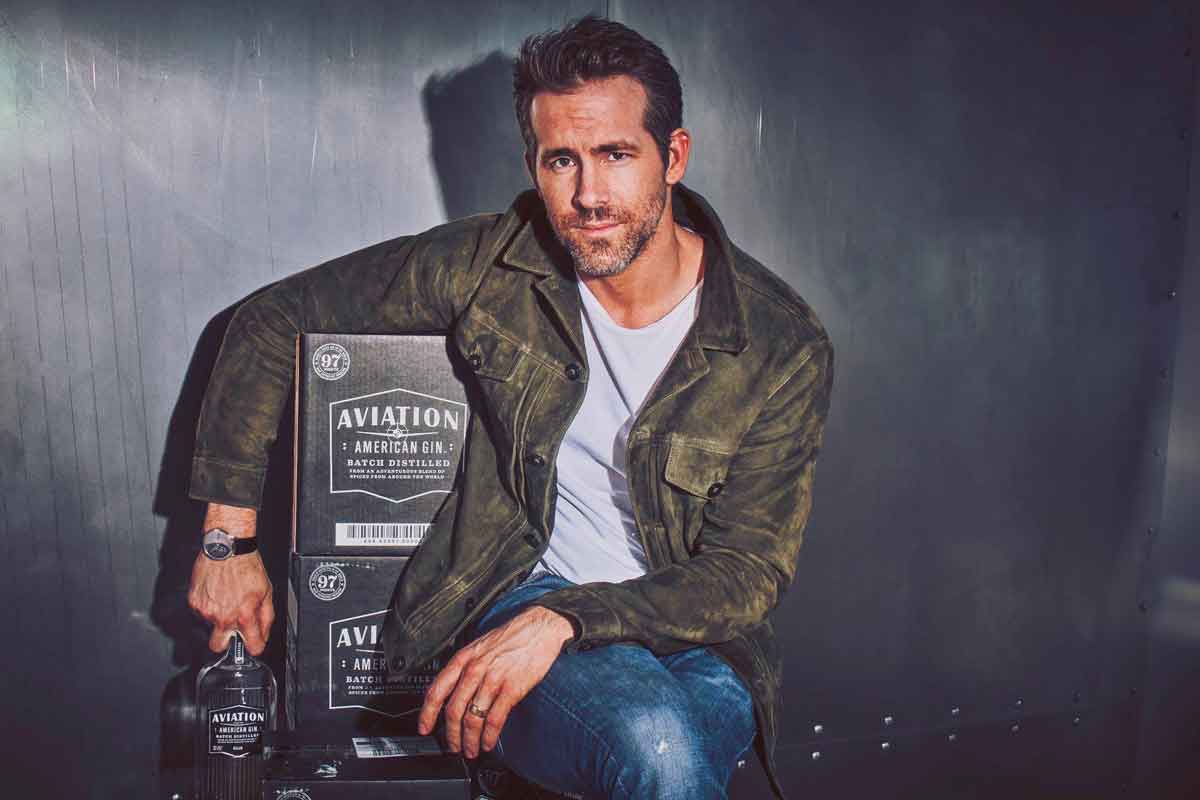 First, let’s get out of the way that the sonic-aging process touted here, and bottles released with different playlists they were matured with, is all a rather silly endeavor. That said, the whiskey itself is solid, and some fans actually seem enthused about the music tie-ins. Sometimes you have to play to your audience, it seems.

Originally conceived with the help of the late master distiller Dave Pickerell, the reins are now in the hands of Rob Dietrich, formerly the head distiller of Stranahan’s. And as a former roadie, Dietrich is the absolute perfect man for the job.

As a fan of the New York Knicks, not to mention a spirits writer who at first viewed the Michael Jordan-backed tequila as a gimmick, I was pained to admit how much I enjoyed Cincoro. The extra añejo is one of the most wildly overpriced spirits on the market, and the rest of the line is similarly premiumized above typical pricing, standing out on the shelf with its super tall, skinny bottle. However, focusing on the drinking experience, Cincoro is actually quite good.

The añejo in particular is wonderful, bringing in a hefty range of chocolate and vanillins to a grassy base. And while those flavors may not represent a traditional tequila flavor profile, it’s delightful nonetheless.

Jay-Z’s D’Ussé is made by Baron Otard Cognac which is based in the grand Château de Cognac. When originally conceived, it was said to be a passion project for the rapper-turned-mogul. The VSOP is clearly made with clubbing and cocktails in mind, and serves as a decent gateway to the category.

Whether Jay-Z brought you to it, or its unique bottle design did, it’s likely to meet expectations. The XO, meanwhile, represents a large step up in its sippable quality as a neat spirit. 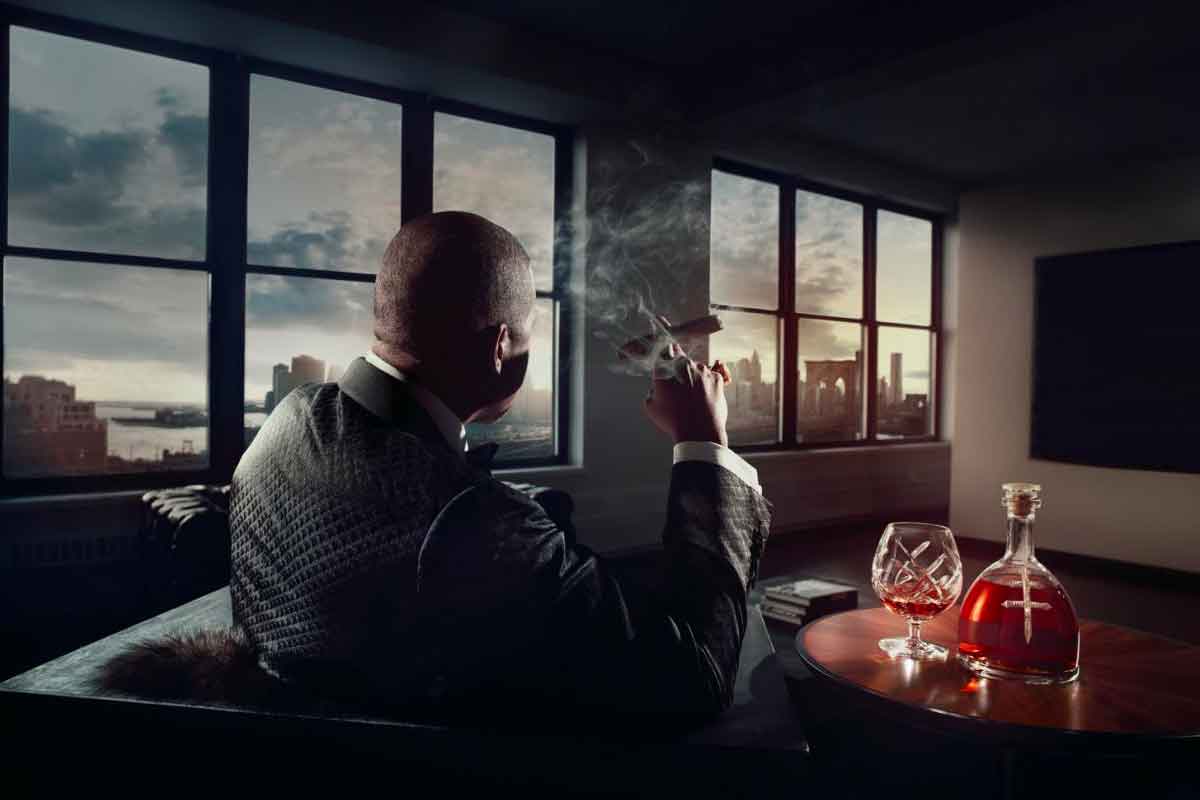 That raison d’être concept we mentioned, and the importance of actual involvement from the celebrity? It’s entirely absent here, with Bob Dylan’s Heaven Door Whiskey. To counter that though is a line of whiskeys which have ranged from quite good to excellent.

That’s countered, in turn, by the exorbitant pricing of some of the expressions which have come out. But from a pure tasting perspective, Heaven’s Door is worth scoping out.

Nick Offerman came on as a spokesman for Lagavulin thanks to his long, public love affair with the whisky. Besides showing up in a multitude of promo material, his name has been on the bottle for several Offerman Editions. The latest includes the excellent Guinness Cask Finish which has personal ties with the tastes of Offerman and his father. Their influence on the creation of this release, which brings in a load of malty, roasted and coffee notes from the Guinness to the always smoldering smoke of Lagavulin is clear.

True to itself, with legit celebrity interest and involvement, and wonderful to enjoy on its own merits, this may be the epitome of a successful celebrity spirits collaboration.

Matthew McConaughey at first joined Wild Turkey in 2016 as a creative director. His involvement expanded from there with the 2018 release of Longbranch, an 8-year-old bourbon that’s filtered through charcoal and Texas mesquite, a nod to the actor’s roots. He was said to be legitimately involved in the creation of the bourbon, from a conceptual point of view and then the selection and tasting process.

It’s a solid bourbon that isn’t inaccessibly priced, and features a waft of smoke that provides a unique flavor profile. 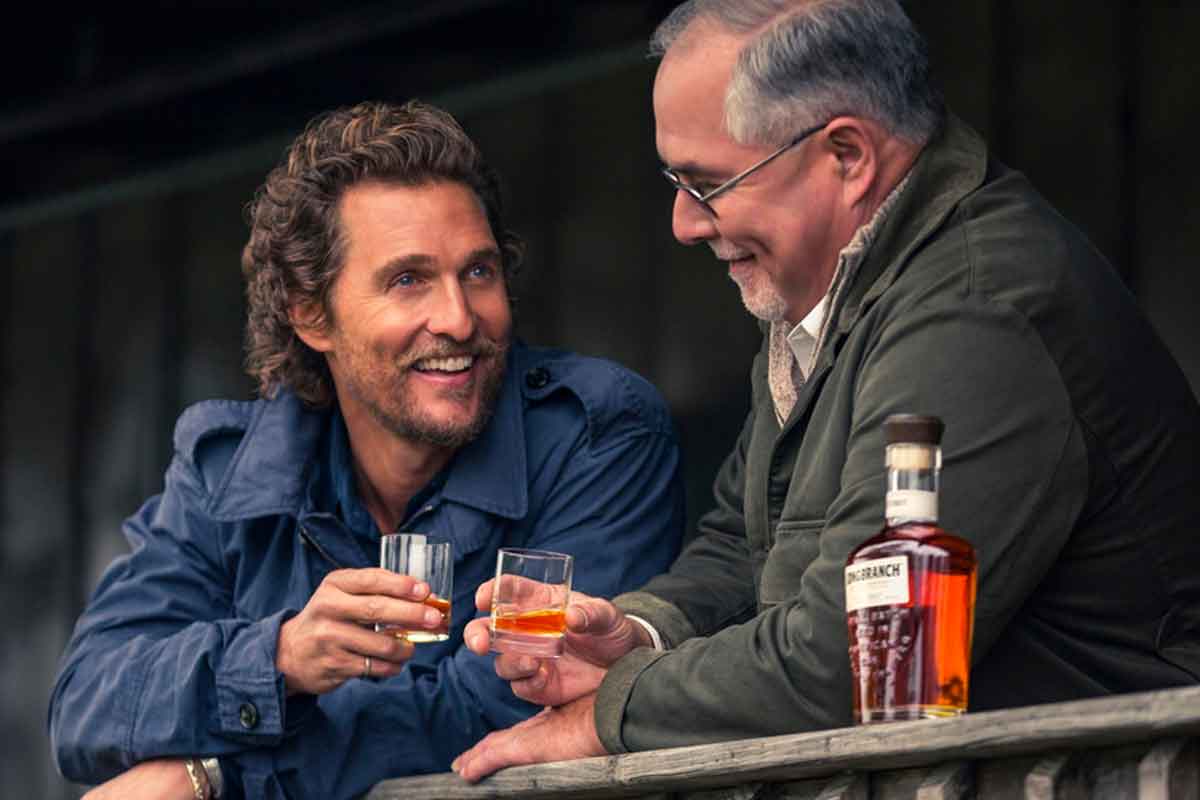 I was first turned onto Singani 63 after becoming a major fan of, and advocate for, pisco. Like pisco, singani is a South American brandy made from floral grapes. It may be rested in neutral containers but is not traditionally oak aged. In singani’s case, it hails from Bolivia and has a five century history of production. Singani 63, from director Steven Soderbergh, is pot-distilled using muscat of Alexandria grapes from the high altitude of Tarija, Bolivia.

Soderbergh has been as intensively hands-on with his spirit as it gets, from its original conception through its current promotional efforts, and began his project with nothing but an unabashed appreciation for a little known spirit.

Sweetens Cove is backed by Peyton Manning and Andy Roddick. The athletes tabbed Marianne Eaves to serve as the blender for the project, and she went to work on 100 barrels in the creation of the bourbon. At thirteen years of age and bottled at cask strength, Sweetens Cove packs a real depth of flavor. And it better, because it packs a real hefty price tag, too.

Dollar for dollar, then, there are surely better offerings on the shelf. But it’s not as if in today’s bourbon market this is the only outlier, price wise. Once again though, on the spirit’s own merits, it’s a quality sipper.

When I first sampled The Rock’s Teremana tequila I had low expectations, but actually enjoyed it quite a bit. The blanco features grassy and grapefruit notes, and might be the strongest expression of a line which now includes an añejo and reposado as well.

The brand does gets a little carried away with some of its health-adjacent claims on the label. But overall it’s transparent about where it’s made, how it’s produced, and is priced to move. Teremana soared to initial success, becoming the quickest growing tequila ever, and is bound to become a Brahma Bull behemoth of booze. 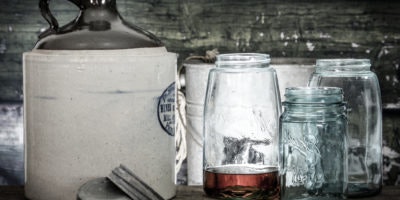 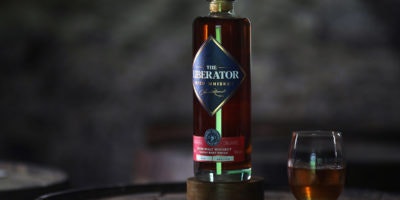 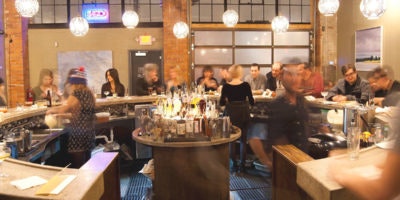