In the ongoing saga of Kentucky distillery catastrophes, last week, Castle & Key’s water treatment facility failed. An unknown amount of untreated waste water dumped into the nearby creek, killing fish and discoloring the water. In other news, Amazon is under investigation after reporting by Wine-Searcher. The publication revealed that Amazon was operating what appeared to be a fake liquor store in Los Angeles in order to hold the necessary liquor license for its on-demand alcohol delivery operation. In new spirits news, Highland Park Valfather is the latest release from the Edrington-owned brand. The brand claims that it is the peatiest whisky that the distillery has ever released. Finally, MGP announced the third Remus Repeal Reserve Straight Bourbon. Check out the details and more new releases below.

The Kentucky Division of Water responded after reports of water discoloration and dead fish started coming in. Castle & Key was able to halt the discharge by 4pm, roughly two hours after the initial reports came in.

This incident comes on the heels of a fire just down the road at a Jim Beam warehouse that destroyed 45,000 barrels of aging bourbon and caused a massive run off into the nearby creek. Sadly, the affected creek in that incident was also Glenns Creek.

The distillery will be issued a notice of violation, though the specific penalty won’t be announced until officials can meet with the brand and determine what caused the malfunction.

The license further stipulates that the store must be open for at least half the hours that the warehouse makes deliveries, and that the store hours must be available at the entrance to the store. Furthermore, products must be “made conveniently available for inspection” by customers. 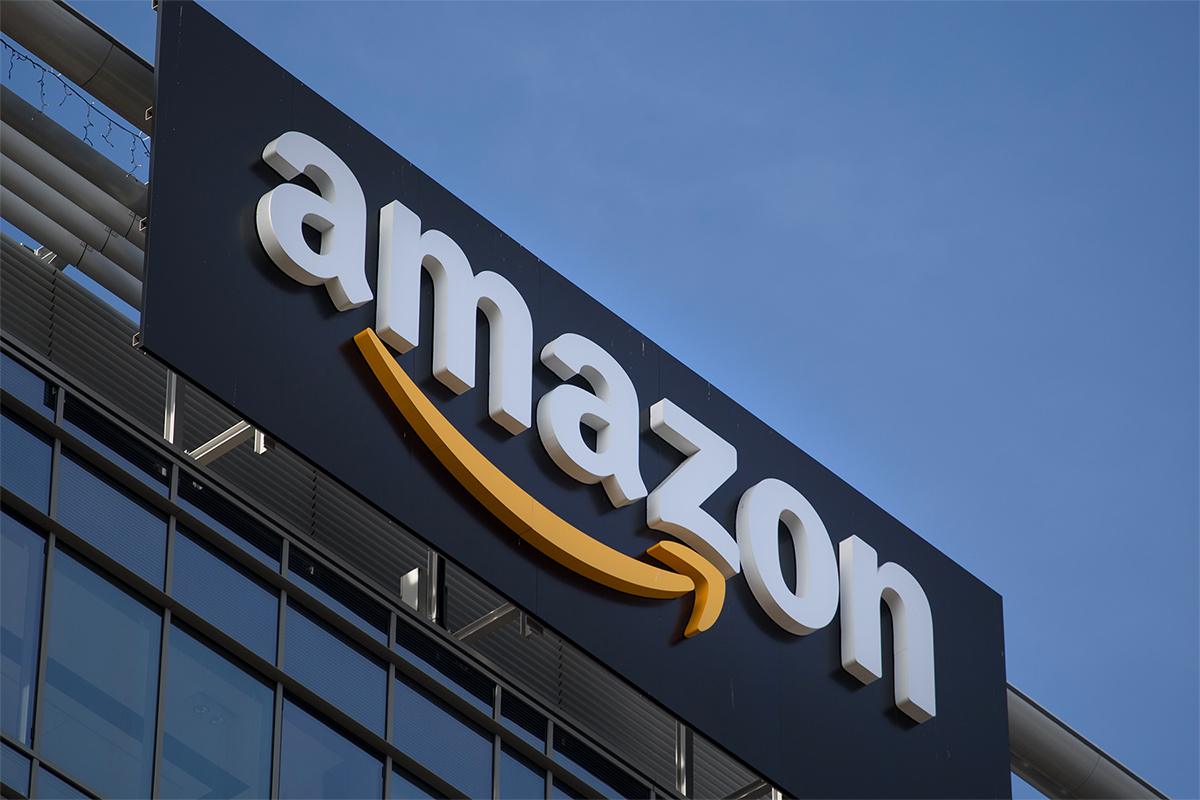 Reporting from Wine-Searcher, and later LA Mag, revealed that the location is little more than a corner office in a huge Amazon warehouse where customers are not able to browse the selection or even purchase products with credit cards.

The California Department of Alcoholic Beverage Control has opened an investigation into the matter after Wine-Searcher brought the issue to its attention. 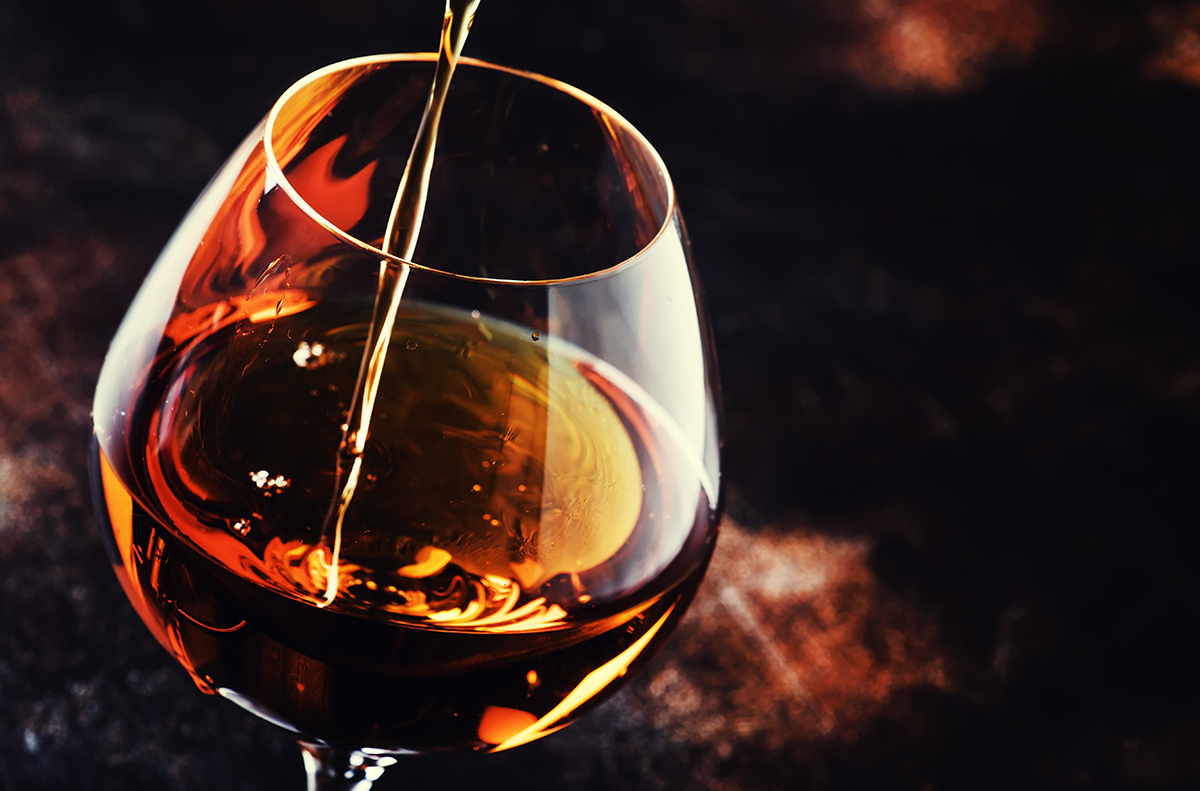 Of the total 211.1 million bottles shipped, 94.3 million made their way to the United States, which is cognac’s largest export market by a fair margin, followed by Singapore and China. Exports to the rest of Europe were down this year by an overall -4.6% in volume.

An additional ~25,000 acres of new vines are being planted in preparation for further demand in the coming years. Cognac fans in both North America and the rest of the world should expect even more releases on the horizon.

Released globally in August 2019, Highland Park Valfather is the final whisky in the limited edition Viking Legend Trilogy following Valkyrie, released in 2017, and Valknut, released in 2018. Whisky maker Gordon Motion introduced a higher amount of locally-produced peated malt for the trilogy. In fact, Valfather is said to be the peatiest whisky to date from the distillery. The whisky matured in refill casks and is bottled at 47% ABV. The SRP for Valfather is £60 ($72). 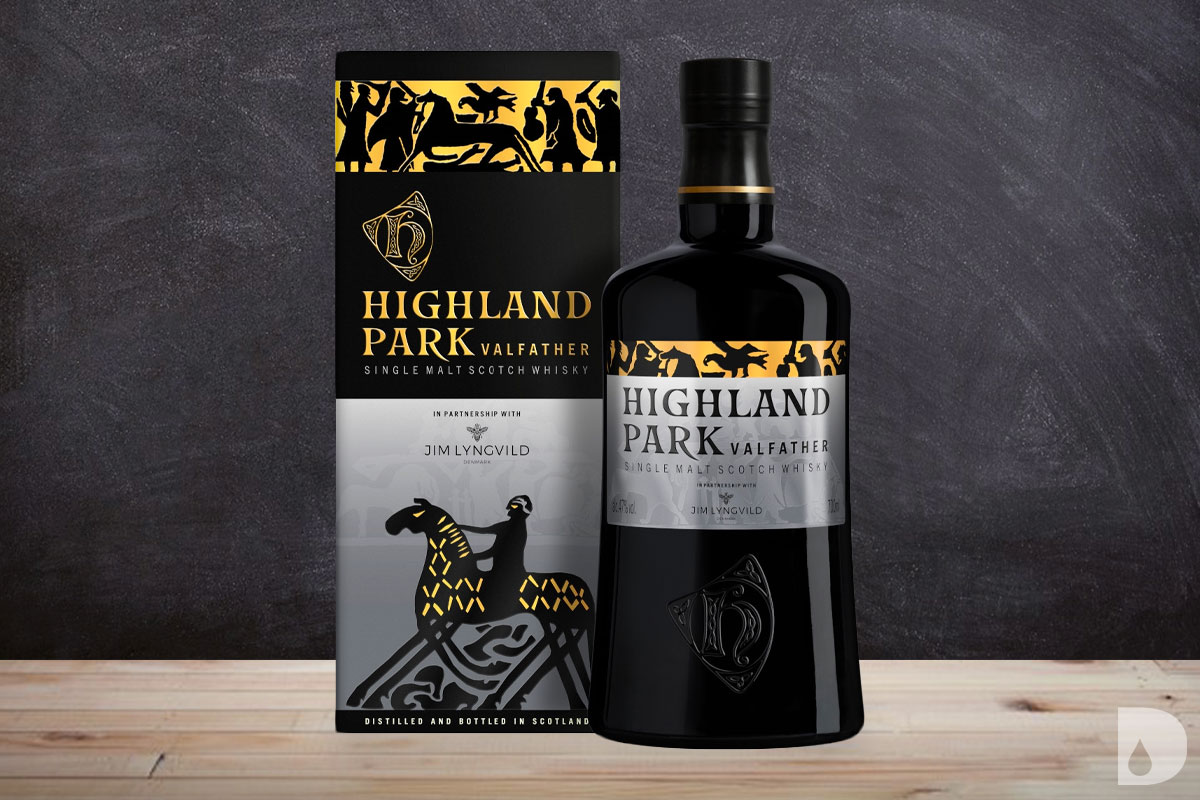 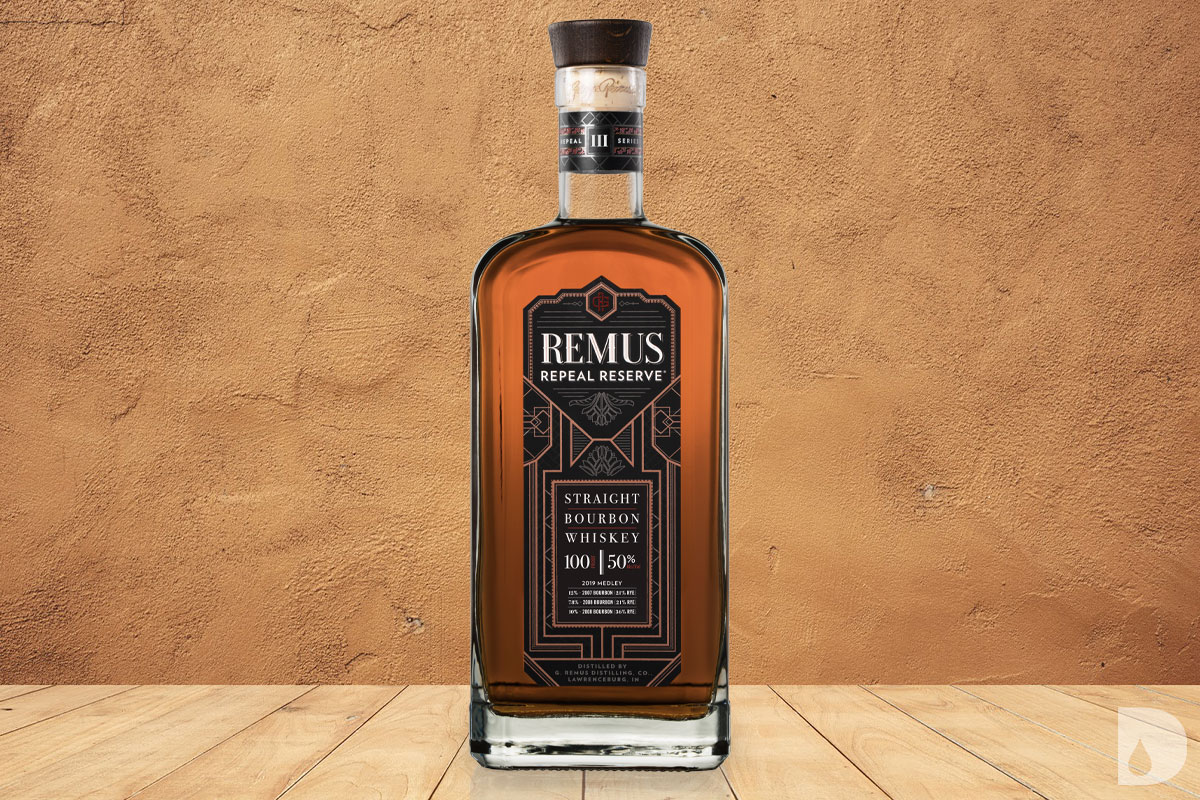 The breakdown of the bourbon is as follows:

This limited release is set to launch on November 13, the birthday of the brand’s namesake, George Remus, “the king of bootleggers.”

Released in August 2019, Dingle Single Malt Batch No. 4 is a marriage of single malts which aged in ex-bourbon, ex-sherry (both oloroso and Pedro Ximenez), and ex-port casks. All the whiskey was triple-distilled at the Dingle Distillery located in Dingle in Co. Kerry on the west coast of Ireland. The distillery was founded in 2012 and produces 100% of its spirits on site. In addition to single malt and single pot still whiskey, the distillery also produces a pot-still gin and a vodka. 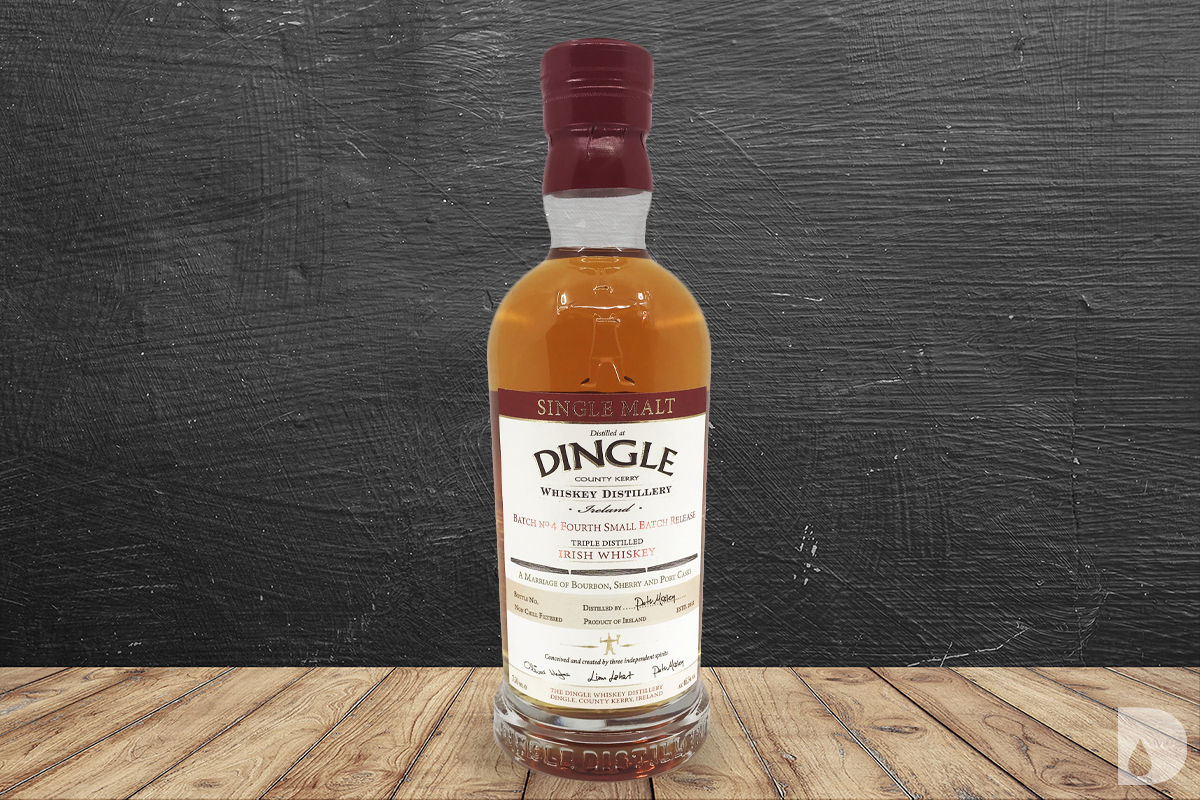 The Agricole Blanc selections from Rhum J.M. are produced from estate-grown cane that’s harvested each spring after a full year’s growth. Within an hour of harvest, the brand has fresh-pressed sugarcane juice which is then allowed to undergo a natural fermentation for 36-48 hours. The fermented juice is distilled in a Créole copper column still to 70% ABV. The rhum then rests for at least three months in stainless tanks. It is then reduced to bottle-strength with volcanic, mineral water sourced from the estate.

There are several proofs available for the brand including an 80 proof, a 100 proof and now a 110 proof version which was released this month. Rhum J.M Agricole Blanc White Rum 55% is sold in liter-sized bottles. SRP $36.99. 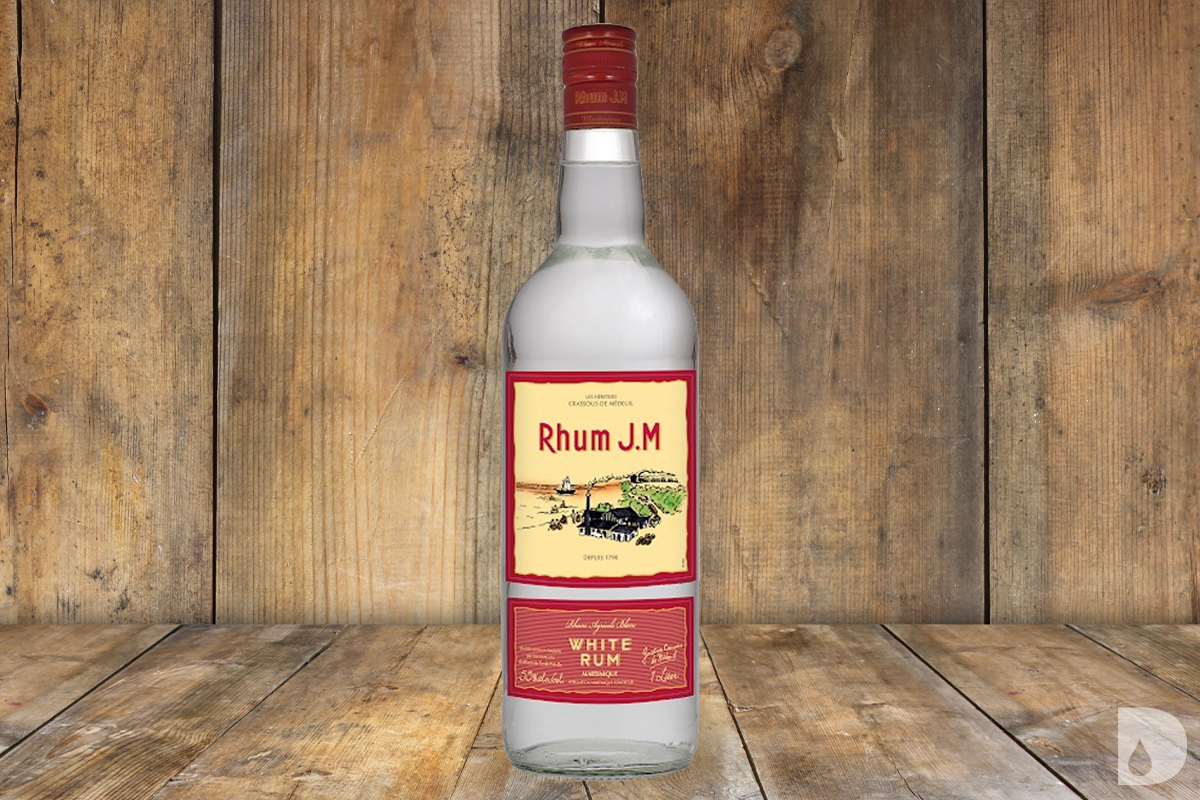 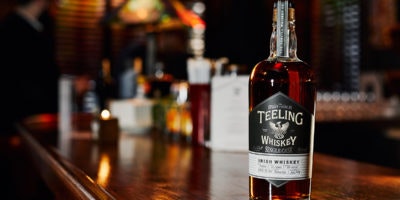 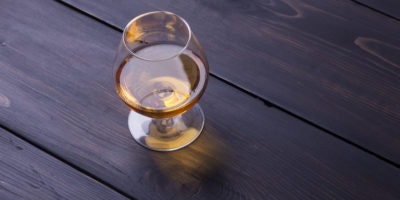 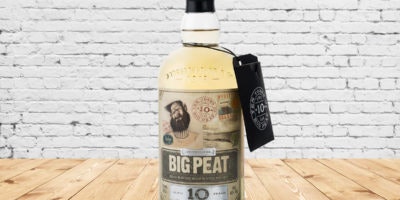