Happy first week of summer! This week’s sizzling booze announcements fittingly offer tastes of seasonal refreshment and adventure. There’s also tons of new bourbon on the horizon too, though of course that’s good for any season.

We start off with Five Brothers Bourbon, a new and exclusive expression from the Heaven Hill Bourbon Experience. In addition, Bardstown Bourbon Company Fusion #5 and Discovery Series #5 are on offer. There are also big changes at Watershed Distillery, starting with new Watershed Bottled in Bond and Tri-Blended Bourbon.

Though if flavored whiskey is your thing, there is now Jim Beam Orange for your highballs. And in further refreshment happenings, Gin Lane 1751 announces new Cucumber Watermelon Mint Gin. The release is a further exploration of its “Victorian Garden” series.

Speaking of exploration, Drifter Spirits has released Drifter Craft Cocktails. These RTDs were conceived with a globetrotting perspective of small production spirits with recipes by top bartenders.

These should help cool things down a bit. Let’s get started with the whiskey!

Coinciding with the grand re-opening of the Heaven Hill Bourbon Experience, Heaven Hill Distillery has announced the release of Five Brothers Bourbon. This is a small batch blending of five different ages of bourbon. This bottling pays tribute to the five Shapira brothers who founded the distillery in 1935.

Five Brothers Bourbon is made with Heaven Hill’s traditional bourbon mash bill. Furthermore, it is aged between five to nine years to represent each founding brother. As a throwback to the original bottlings at the distillery, it is bottled at 90 proof. Notably, the bottling is sold exclusively at the Heaven Hill Bourbon Experience and select Kentucky retailers. Visitors can also sip it neat or in cocktails at the Five Brothers Bar & Kitchen in the new visitor center, which was unveiled on June 14.

“In 1935, my father and his four brothers invested in a speculative venture that today is the largest family-owned and operated distillery in America, Heaven Hill Distillery,” said Max L. Shapira, Heaven Hill president. “With patience and perseverance, they built the foundation for the nationally acclaimed American Whiskey portfolio we enjoy today and a legacy built on consistent quality and innovation.”

With vintage 1930s retro details on the packaging, the front label features a black and white photo of the five Shapira Brothers when they were in their 20s and early 30s — David, Ed, Gary, George and Mose. Five Brothers Bourbon is available in 750ml for $59.99 at the Heaven Hill Bourbon Experience. 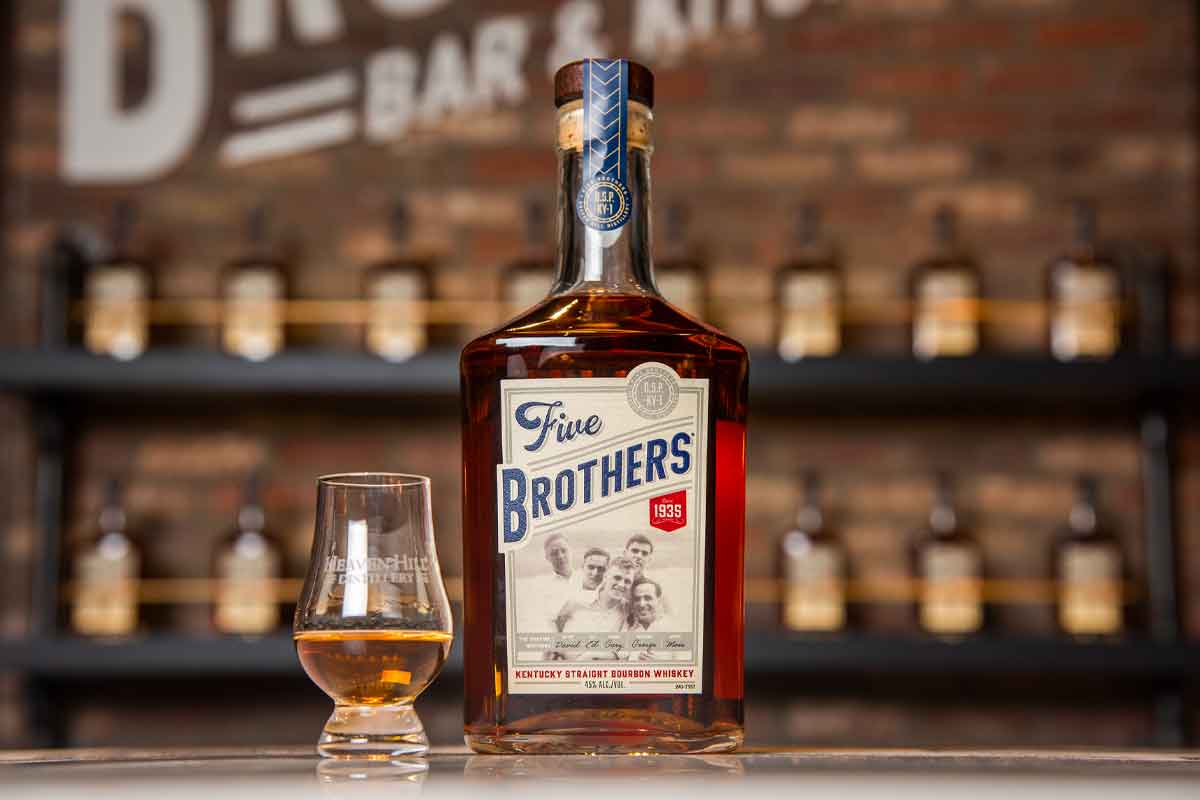 It was announced this week that Michter’s Master Distiller Dan McKee has approved the 2021 release of Michter’s 10 Year Single Barrel Kentucky Straight Rye, which will begin rolling out in July.

“I believe that this Michter’s 10 Year Rye release showcases how terrific American rye whiskey can be,” ,” said Michter’s President Joseph J. Magliocco. “Twenty years ago it was really challenging to sell rye whiskey, but the whiskey press as well as supporters in the restaurant and the retail segments of our industry have done wonders to power rye’s resurgence.”

According to the press release, due to limited stock, this is the only release of 10 Year Rye this year. Apparently, though, there are plans for an expansion of Michter’s Springfield Farm and Operations from 145 to 205 acres. This will mean more grain is available for their whiskeys. Okay time, the ball is in your court. 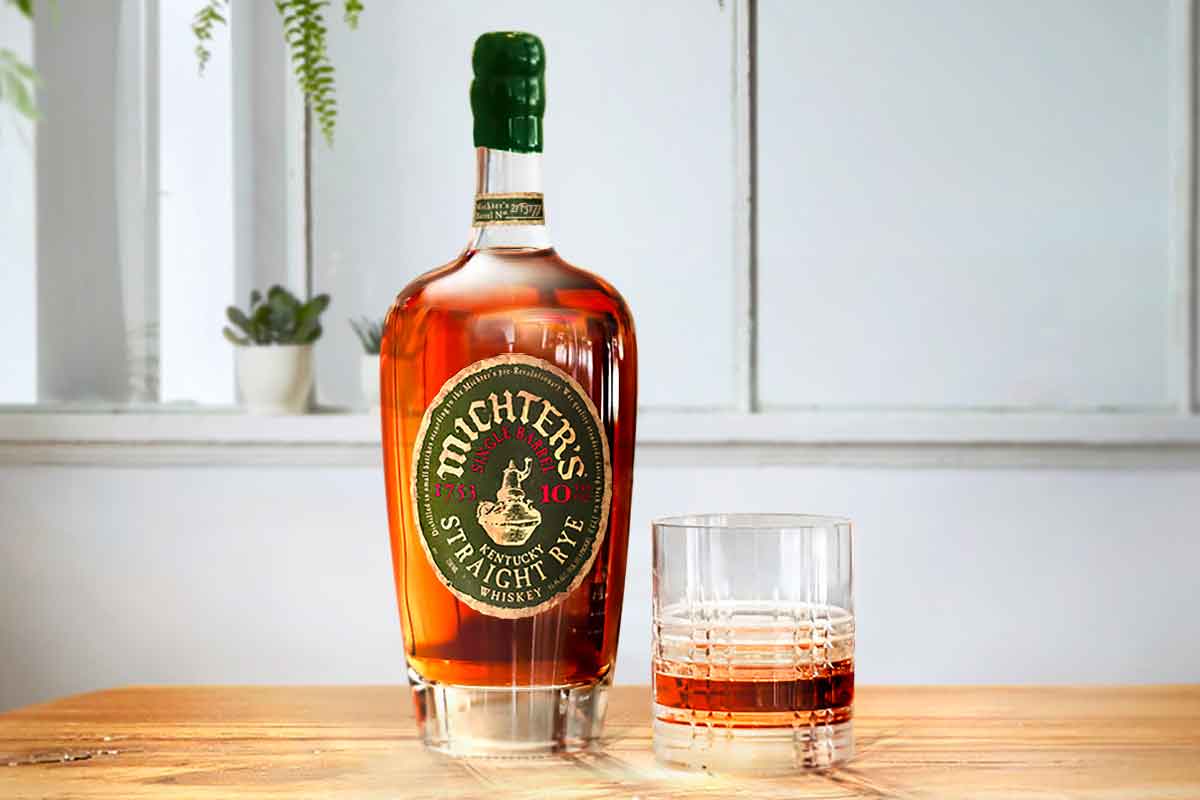 A portion of the Fusion Series is made with Bardstown’s estate-made 3 and 4-year-old bourbons, along with sourced, 11-year-old Kentucky bourbon. While the hallmark of the Discovery Series is a blend of old and rare bourbons.

“Fusion and Discovery Series #5 are truly some of our most unique blends yet and we are thrilled to finally bring them to the shelves,” shared Master Distiller Steve Nally. “We continue to introduce more of our own mashbills into the blend, which is evident in this newest release.” 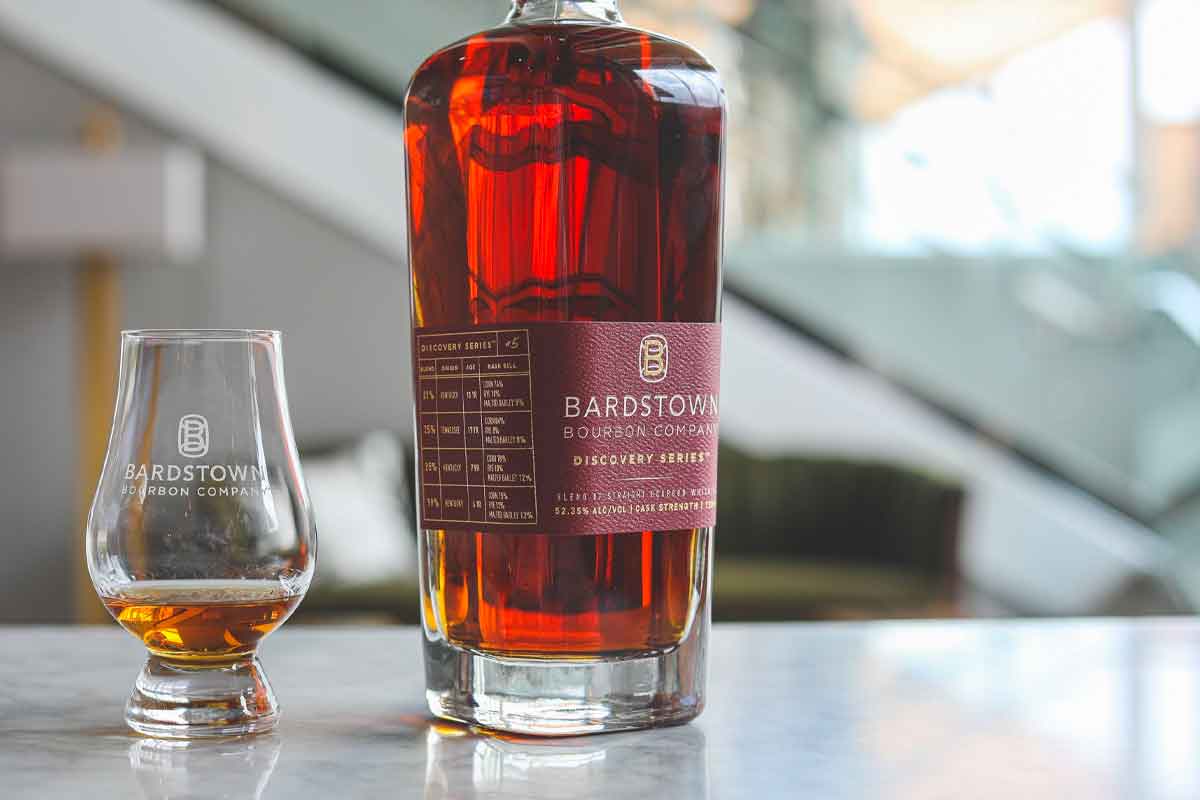 The first of the two is Watershed’s Bottled-in-Bond. It’s made according to BIB standards of quality from a selection of barrels all from a single season. Bottled at 100 proof, it’s made from the same proprietary Watershed bourbon recipe as other releases.

“We started making bourbon in 2010 with just one product, which was good. But over the years we’ve worked hard to get better and better, moving from a two-year bourbon to a four-year, and more recently to one of our limited offerings, a six-year barrel strength bourbon,” shares Greg Lehman, CEO and founder of Watershed Distillery. “The launch of our Bottled-in-Bond is the next step in the evolution of Watershed bourbon. Consumer interest in our higher proof, more premium limited-time bourbon offerings has blown us away, and we know this product will be exciting to them.”

The second, Watershed Bourbon, is a tri-blend made by blending Watershed’s standard bourbon with its 6-year apple brandy finished bourbon, and a sourced bourbon selected specifically for its flavor profile. It is a 4 year age statement offering bottled at 90 proof.

According to the press release, the current Watershed Bourbon offering will be phased out before the end of the year. All of Watershed’s single barrel bourbon, limited-time releases, and other spirits such as gin will remain as is. 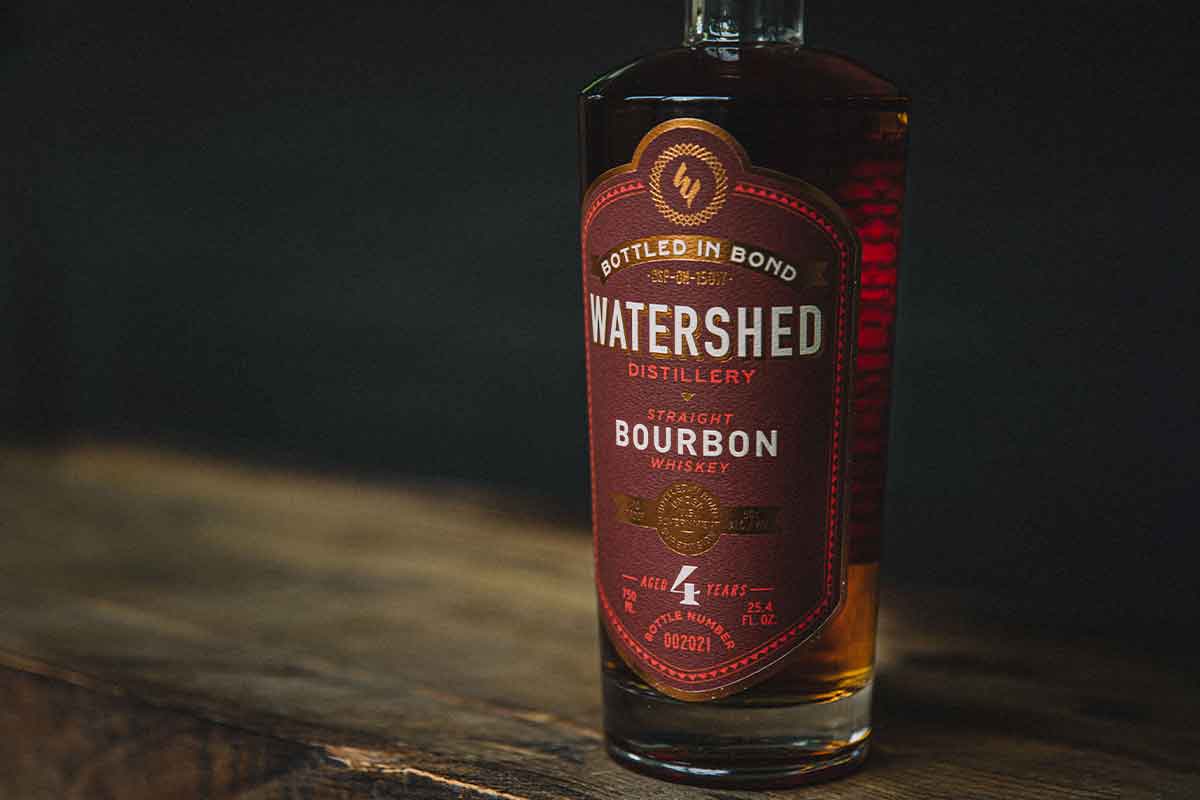 “As an innovator in the bourbon industry and early pioneer of flavored whiskey, we understand that many drinkers crave something a little different — maybe brighter and more refreshing — in the summer months,” said Malini Patel, managing director for the James B. Beam Distilling Co. at Beam Suntory. “That’s why we selected Orange to join our other flavorful offerings.” 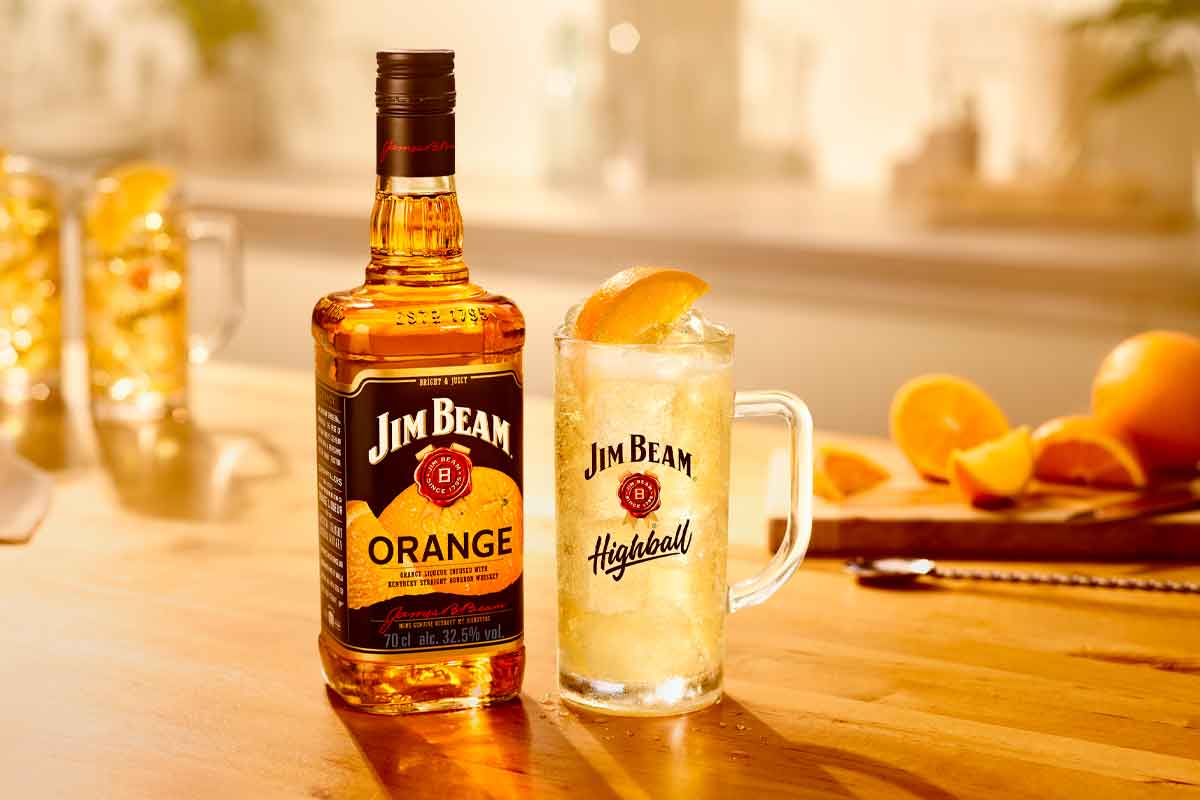 This new expression is part of Gin Lane’s “Victorian Garden” series which are, according to the press release, “inspired by the foraged flavors from the Victorian era where different seasons brought diverse fruits, flowers and herbs to life.”

To set the gin apart from other fruit-forward spirits, there is no added sugar. Furthermore, it is made with “100% all-natural” flavor essences from freshly picked seasonal ingredients. In addition, it is both gluten free and low calorie, and said to be the first of its kind in the flavored gin category. It is expected to begin rolling out nationwide in early July for an SRP of $38. 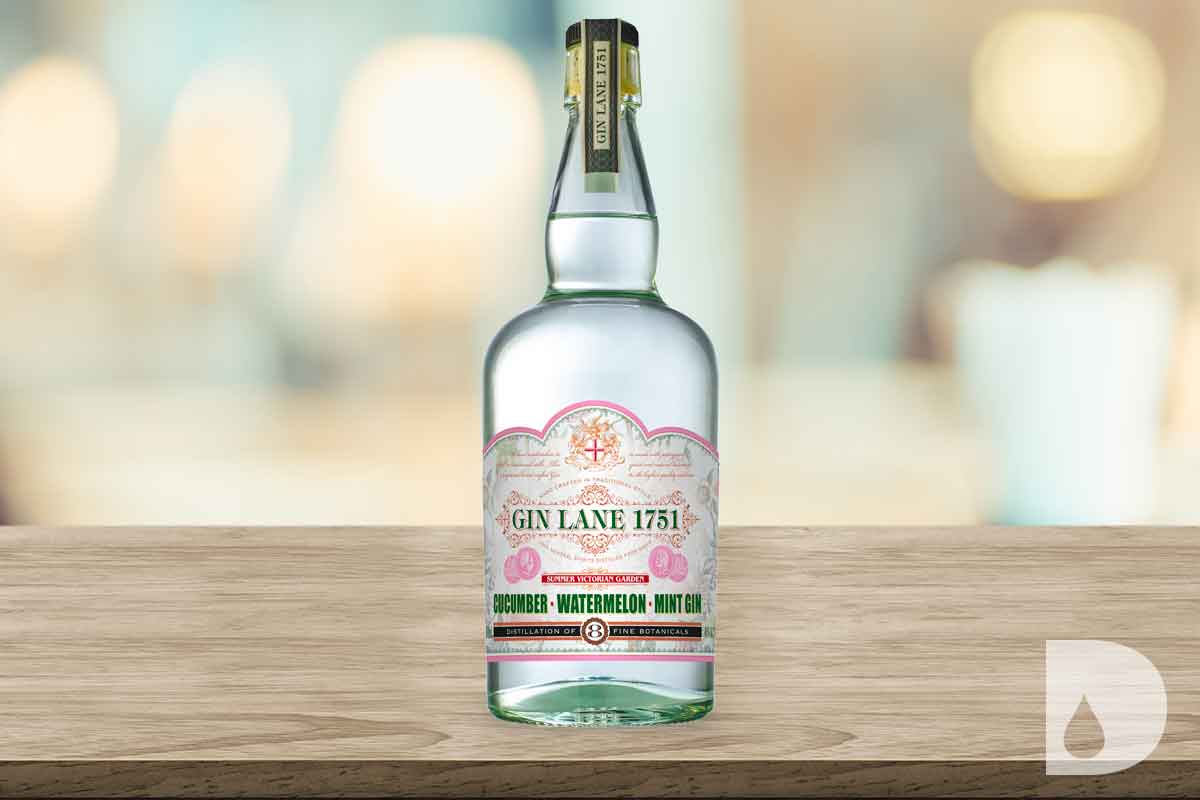 Drifter Craft Cocktails Launches, Showcasing Flavors From Around the World

Drifter Craft Cocktails is a new canned cocktail collection debuting this month that spotlights small batch spirits producers spanning the globe. With themes of travel and adventure, Drifter Craft Cocktails were created in collaboration with bartenders from different locales. There are three varieties available: Spicy Margarita, Passion Fruit Caipirinha and Moscow Mule. Each is 7% ABV with an SRP of $19.99 for a 4-pack, available through select retailers, on-premise and online beginning June. 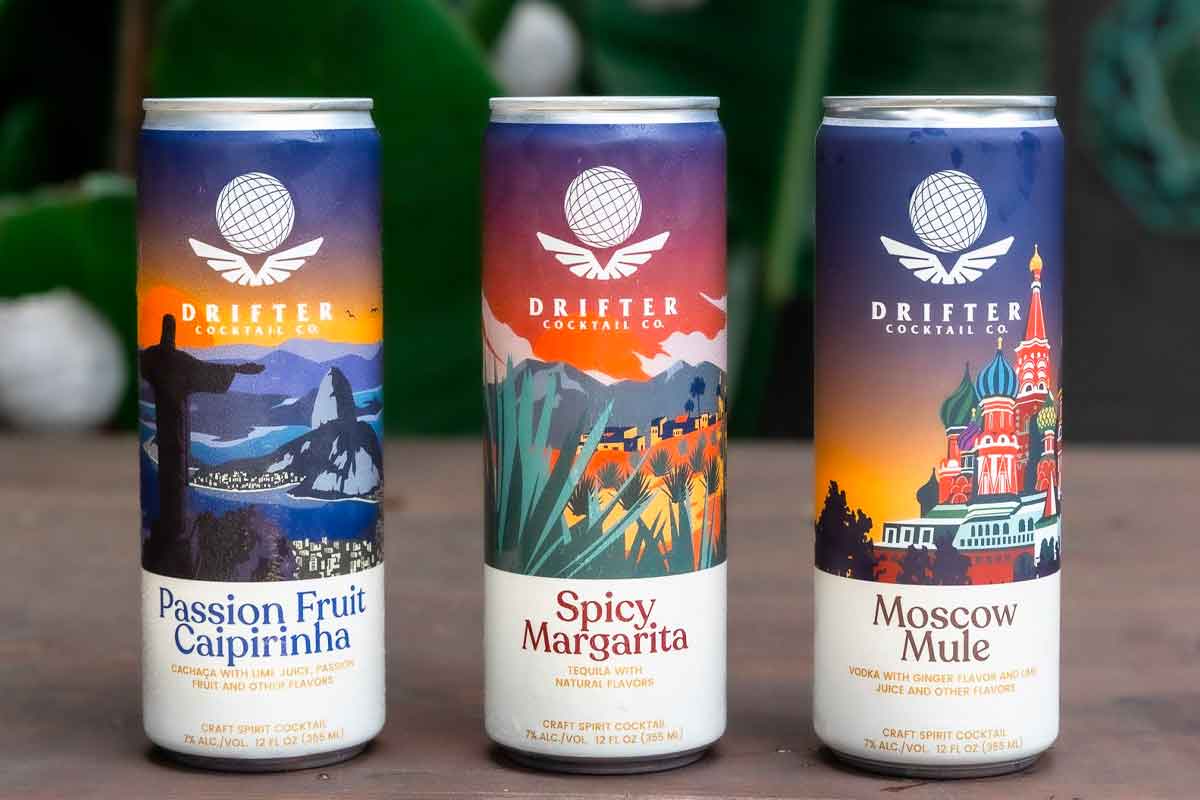 Ready to grab a bottle of Five Brothers Bourbon? 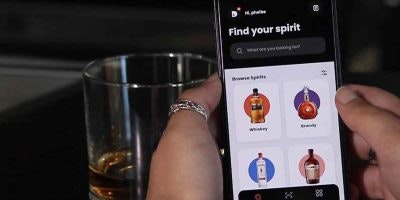 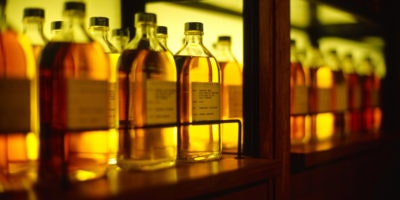 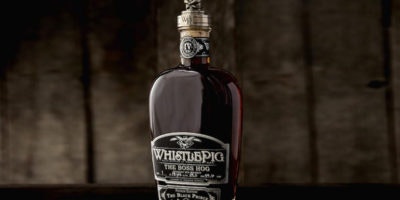