How Prohibition caused the late bloom of bourbon

September is Bourbon Heritage Month, celebrating the 1964 act of congress that recognizes the category as a “distinctive American product” and the 2007 bill from Kentucky senator Jim Bunning to celebrate our “Native Spirit” all throughout that month. In 2015, bourbon is more popular than ever, not only in America, but the world over. However, up until the last couple of decades, bourbon seemed to be on life support.

Prohibition’s affect on alcohol in the United States

All spirits suffered during Prohibition between 1919 and 1933. Whiskey had a particularly rough time because not only were the vast majority of distilleries forced to close completely, (with a small handful given dispensation to make “religious” or “prescription” products), once the so-called “Noble Experiment’ ended, it was nearly impossible to start up again. Distilling licenses were tricky to acquire, and even with one in hand, most of the grain needed to make whiskey was soon rationed during World War II. And besides, by this time the American palate was more accustomed to gin or blended whiskey. Then there was that pesky inconvenience known as the Great Depression.

The early days of bourbon

By the 1930s, bourbon was only produced by large corporate entities making what would now be considered young “entry level” bourbon. Over 50% of it was controlled by one company – National Distillers Products Corporation. They owned the big “Old’ brands – Crow, Grand-Dad and Taylor. Several stalwart whiskeys were now under big-brand umbrellas like Schenley (Ancient Age, James E. Pepper and Old Charter, among others) and Barton (which includes Very Old Barton, Ten High and Kentucky Gentleman), who through the years went through several stages of confusing renaming and rebranding. There were a few emerging brands in this period, including Jim Beam (then James B. Beam), A. Smith Bowman, Heaven Hill, and Wild Turkey.

The 1960s and 70s are another strange, dark time for American whiskey. Though the aforementioned Act of Congress took place, our “distinctive product” was considered a low-class drink. Aside from a few aficionados with a taste for Scotch, people typically drank bourbon to get drunk and didn’t pay much attention to what was in the glass, which might as well have been cheap rum or vodka (and very possibly was). It wasn’t in the best interests of distilleries, or the allegedly corrupt big liquor companies, to focus on products like bourbon, so what was available was pretty much same old, same old. Brands like I.W. Harper were sold exclusively to overseas markets. Distilleries like Stitzel-Weller somehow made it past Prohibition, but couldn’t survive inflation. Bourbon just wasn’t cool.

A glimmer of hope

It wasn’t until the late 1980s and 90s that the concept of a whiskey enthusiast began to emerge. Younger generations wanted to get in touch with their “heritage” and “roots” and delve more closely into the category. This signaled the need for higher quality products, and with the popularity of single malt Scotch, bourbon jumped on the bandwagon and distilleries like Buffalo Trace and Beam started culling from their warehouses to release older age statement marks and continue to allocate barrels for this purpose. They also began to release “small batch” brands like Blanton’s, Basil Hayden and Knob Creek. This period also saw the debut of Woodford Reserve and Maker’s Mark, standalone distilleries from large parent-companies.

Bourbon’s versatility was soon recognized not only by drink nerds, but mainstream drinkers, bartenders, and celebrities. An “old man” drink no longer, the market was clamoring for it, especially since in the early 2000s, most bourbon was still wallet-friendly.

Then another shift: craft everything. Why buy bourbon from a large scale producer when you can make it anywhere with a license? Heck, for that matter, why does it have to be aged in 53-gallon barrels? Why age it more than six months? By 2010, the number of independent distilleries more than tripled from the previous decade, and riffs on bourbon that just barely fit the code have shown up from nearly every state in the union. However, starting up a distillery from scratch ain’t cheap. The stuff can be as expensive as it is young, thus driving up the cost of established brands.

Other new brands take a different route: Instead of waiting for the whiskey to age, they source matured barrels, the “art” defined by blending rather than distilling, though sadly not everyone who does this admits to it. There’s no moonshining grand-pappy smiling on them from heaven to see his old recipe reborn, as they would have you believe.

That said, there are gems to be had all over the bourbon landscape. Hopefully our reviews help with some of the guess work. Cheers to our native spirit!

Despite it’s late start, bourbon is now in full swing. 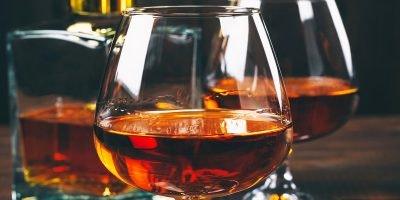 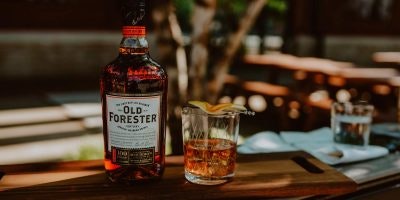 Bourbon Breakdown: Old Forester Bourbon
Breaking down these tried and true classics to add to your shelf 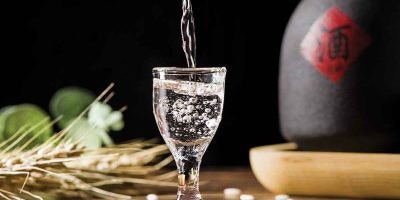