Tiki cocktails are a force of vibrant flavor. In part, that’s thanks to potent bases of rum or other spirits, as well as fresh fruit juices and syrups. But there’s one ingredient that’s often ignored by home bartenders when it comes to tiki—and that’s liqueur. Packed with concentrated flavor liqueurs are an absolutely essential element of any tiki bar worth its salt.

Typically just half an ounce here or there will add vitality and depth to cocktails. If you’re trying to up your Polynesian cocktail-making game, adding at least a couple tiki-friendly liqueurs to your home bar will add instant tiki cred. Here are a few liqueurs essential to making authentic tiki recipes.

A blend of spice, lime and nutty almond flavor, falernum is key to a number of Polynesian drinks. Though falernum often appears as a non-alcoholic syrup in tropical drinks, this particular liqueur has been around since before the first tiki heyday, led by Trader Vic and Donn Beach. Falernum adds incomparable flavor to classic drinks such as the Zombie and the Corn & Oil.

This Barbadian liqueur was supposedly first made by John D. Taylor in the 1890s. True to its original recipe, it is a blend of sugar cane, lime, almond and cloves. It’s simple but flavorful, offering transformative balance to acidic or fruity Polynesian potions—including the modern Chartreuse Swizzle. At around $15 for a bottle, Velvet Falernum will last through plenty of cocktails.

Based on the traditional Jamaican allspice dram, this liqueur also turns what often appears as a syrup in tiki drinks into a wonderfully shelf-stable home bar staple. It’s flavored with—you guessed it—allspice berries, which are dried, unripe pimento berries, native to Jamaica. The beauty of this seemingly simple dried berry is its bombshell, not-at-all-simple flavor.

Hints of everything from cinnamon and nutmeg to spicy pepper and clove are present, particularly when partnered with pot-still Jamaican rum as it is in the St. Elizabeth Allspice Dram, made by Austrian producer Purkhart. Use it to add depth to Planter’s Punch, or pour it alongside falernum for a double dose of tiki spirit in the Three Dots and a Dash.

Long used in cocktails that could be described as syrupy or cloying, orange curaçao tends to get a bad rap. Though it’s sweet, that’s not all this citrusy, Caribbean liqueur has to offer. This version was made by cognac house Maison Ferrand with the help of cocktail historian David Wondrich. The recipe dates back to the 19th century and is slightly less sugary than other liqueurs of its ilk.

It’s also known as “triple sec,” thanks to its process of three distillations with the spices, orange and a bittering agent. When used with restraint, this tiki friendly liqueur adds dimension to tiki mainstays like the Jungle Bird, Mai Tai and Singapore Sling.

Made since the early 19th century, Luxardo Maraschino is an essential for classic cocktails even beyond the realm of tiki. Packed with the rich flavor of the sour marasca cherry, it’s incredibly potent while offering a nice balance of sweetness.

Often a bar spoon is enough to add that touch of transformative flavor. Investing in this bottle will provide a serious bang for your buck as you up your tiki game with classics like the rum-and-pineapple Mary Pickford cocktail, as well as modern tiki master Martin Cate’s passion fruit-forward Hana Reviver. Just don’t forget to garnish your drinks with a complementary—and delicious—Luxardo maraschino cherry.

Fresh fruit juices are an important element of many tiki drinks. But there are some fruits that are more likely to appear in tiki recipes in the form of liqueurs. That may be because their particular flavor is more expressive as a liqueur, or simply because they’re not as widely available in juice form.

For instance, apricot and peach liqueurs are defining flavors a number of tropical concoctions, including the Aku Aku and more modern versions of the Tradewinds. Home tiki bartenders should look for fruit liqueurs that impart just as much authentic fruit flavor as they do sweetness—the Rothman & Winter Orchard Apricot and Peach Liqueurs are great options.

Once you’re comfortable enough with tiki cocktails to start making your own, you may find other tiki friendly liqueurs flavored with fruits like blackberry, banana, pear and pineapple incredibly useful as well—particularly if you want to get that bright, fruity flavor at home without going through the trouble of tracking down or juicing the fruit yourself. 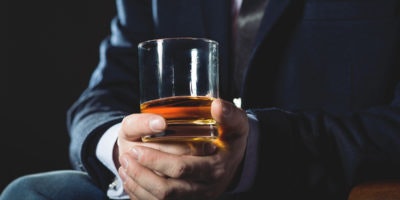 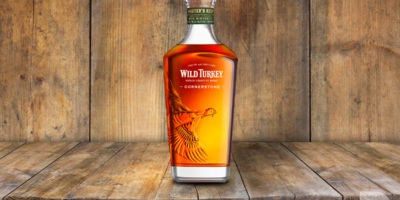